Sharp has announced the launch in Europe of a new range of TVs with Quantum Dot technology: the Sharp EQ3 and the Sharp EQ4. The differences between the two series presented are purely aesthetic, since the EQ3 has a black finish and the EQ4 opts for silver. Both have the same technical characteristics. And both will be available in the same diagonals and at the same price.

The two new models offer a “frameless” design, that is, with very narrow frames on practically all sides of the screen. Only the lower part is larger, since that is where we find the speakers. Precisely in this area we also find differences between the two models, with a linear finish on black model and the typical metal acoustic grille in silver finish. As for the support, both models have a fairly fine metal base.

As for the screen, Sharp uses VA-type LCD panels with 4K UHD resolution, Quantum Dot technology and Direct LED backlighting. They offer a refresh rate of 50/60 Hz and a maximum brightness of between 450 and 550 nits. In the specifications we also note that they have a coverage of 94% of the DCI-P3 color space and 78% of the BT.2020. Both the Sharp EQ3 and EQ4 are compatible with HDR10, HLG and Dolby Vision; as well as Dolby Digital, Dolby Digital Plus, Dolby AC-4, Dolby Atmos and DTS:X.

Both models come equipped with Sharp’s image enhancement systems. Both the Sharp EQ3 and EQ4 feature AQUOS UltraClear, a system in charge of managing scaling and noise reduction, as well as increasing the level of detail. They also equip AQUOS Smooth Motionthe system responsible for achieving a smooth and fluid movement. 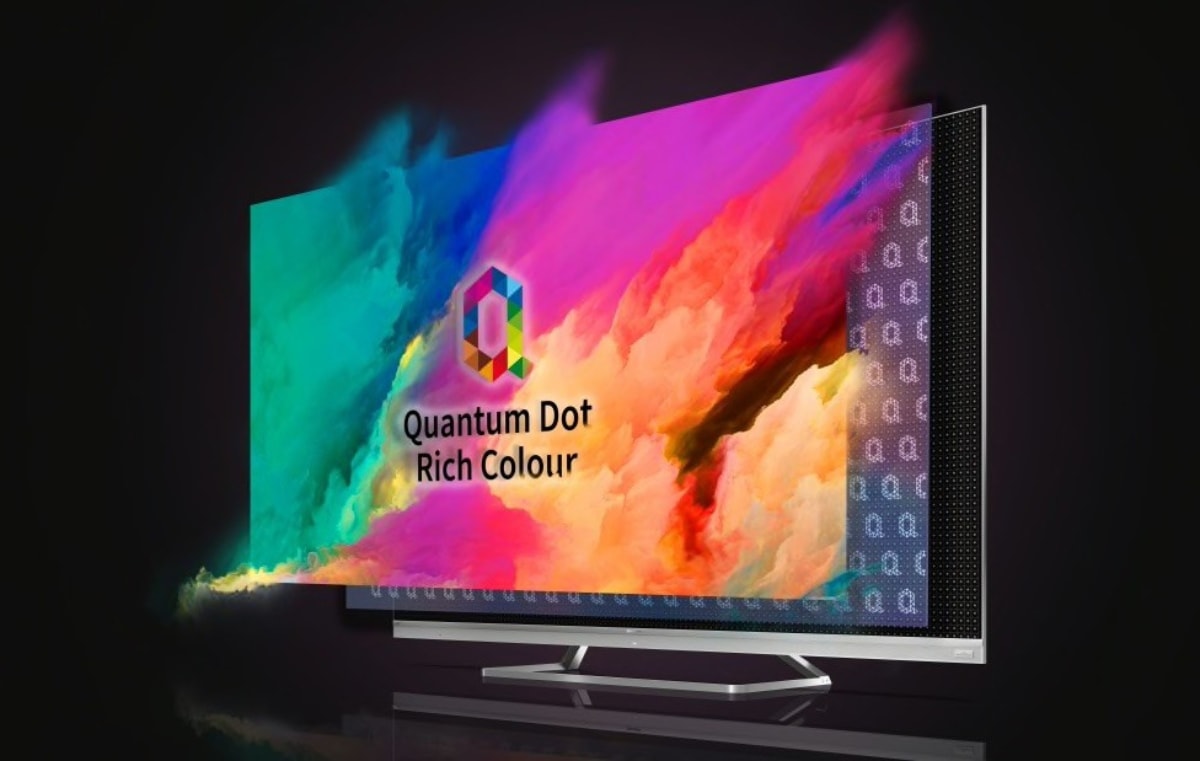 The sound section is in charge of a sound system created by Harman Kardon and comprised of front-firing silk tweeters (hidden behind the grille at the bottom) and down-firing woofers. Both models offer a power of 15 W x 2, in addition to having the virtual surround sound system DTS Virtual:X.

The Smart TV section is handled by the AndroidTV 11 operating system, which will allow us to access numerous applications. According to the technical data, the Sharp EQ3 and EQ4 support HEVC, VP9 and AV1 video decoding. In addition, as in all Android TVs, the Google Cast function that replaces a Chromecast is available and there is also voice interaction with the Google Assistant through the microphone integrated in the remote control. We’ll even have Stadia cloud gaming available. 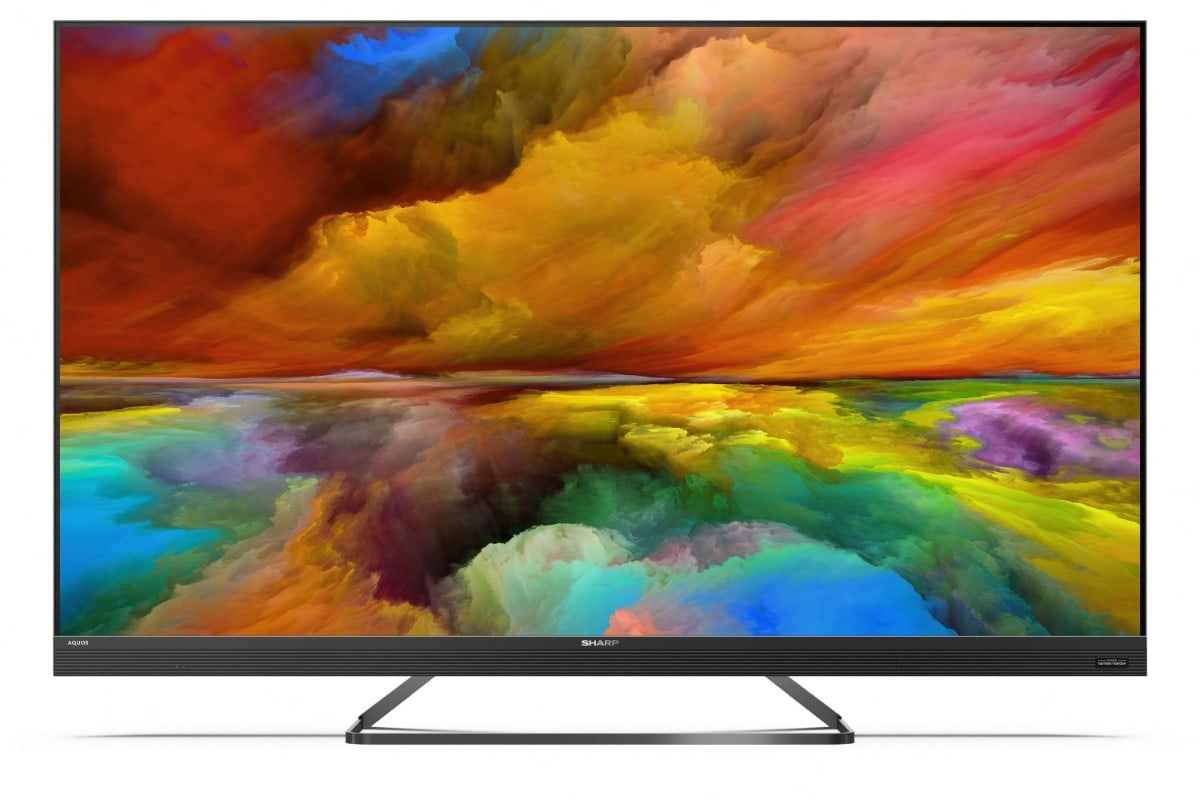 Sharp has not wanted to be left behind in the gaming section, so the new Sharp EQ3 and EQ4 are equipped with four HDMI 2.1 inputs with eARC on one of the connectors. These support Auto Low Latency Mode (ALLM), Quick Media Switching (QMS), and Variable Refresh Rate (VRR). Of course, as we have mentioned before, they only reach 60 Hz due to the limitations of the panel.

The connectivity section is completed by a connection dual band Wi-FiBluetooth connectivity, two USB 2.0 ports (one of 5V and 500mA), a composite video input plus RCA audio through the mini jack adapter, an optical digital output, a headphone output, an Ethernet port and a MicroSD slot (very curious this detail). 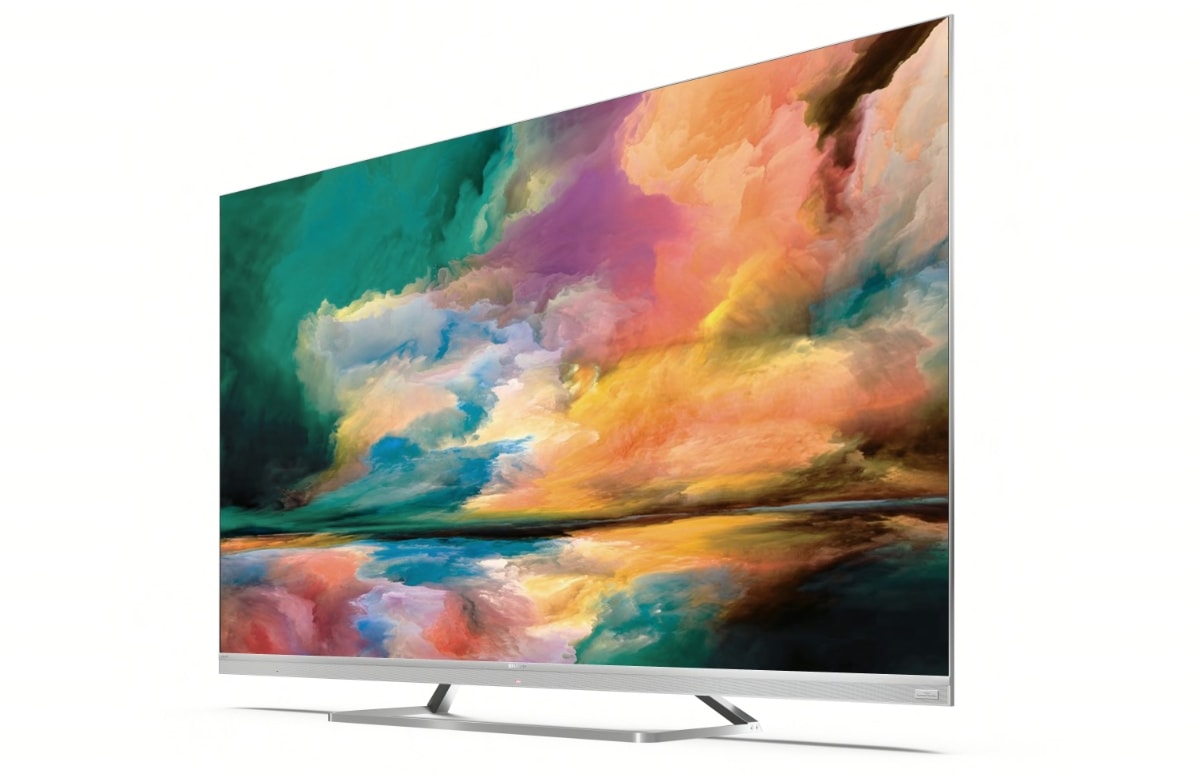 Thus, the new QLED models arrive to accompany the already presented Sharp DN and DL. At the moment Sharp has not yet provided information on the availability of its new televisions with Quantum Dot technology. Luckily, we do know the prices. Both the Sharp EQ3 and EQ4 will be available in 50, 55, 65 and 75 inches.. Both models will have the same price in their different diagonals. Its price will be:

Eskimoz: the SEO specialists in Spain!