The controversy caused by the arrival of NFTs in video games continues to swell. After many studios, it is the turn of the itch.io platform to give its very clear opinion on the question. Indeed, the site did not go with the back of the spoon in declaring that NFTs are neither more nor less than a scam.

About a year after their breakthrough with the general public, NFTs have never been so talked about. Some announce the next digital revolution, others call for caution, while the most virulent denounce the many abuses caused by technology. As often on the Internet, opinions are very polarized, pushing various governments to put in place regulatory measures.

For many, the straw that broke the camel’s back was Ubisoft’s announcement to integrate NFTs into its games. Despite the controversy, several studios have followed suit, causing unprecedented anger among gamers who fear a similar disaster to microtransactions. Some, like Square Enix and Konami, have followed suit enthusiastically. Others want to be reassuring by saying that their games will never offer NFT.

The itch.io site, a real institution for more or less amateur developers, falls into this last category. Except that its position is to say the least… clear, to be polite. Indeed, the platform that hosts thousands of independent games spoke this weekend on Twitter in these terms: “Some have asked us what our position on NFTs is. NFTs are a scam. If you believe they are legitimately useful for anything other than creator exploitation, financial scams, and planet destruction, please reconsider your lifestyle choices. Peace. »

The site does not stop there and has hammer the nail in a second tweet: “To all the companies that say they support creators and also support NFTs in any way, fuck off. They only care about their own profit and the possibility of getting rich before anyone else. Especially considering the now easily accessible discourse regarding NFT issues. »

Of course, it is easy for itch.io to hold this point of view. To host independent games, the site has very little interest in supporting NFT and even less to integrate them into its functionalities. That being said, with trash photos selling for $220,000 and creators having their YouTube channels stolen, it’s kind of understandable to share this opinion. 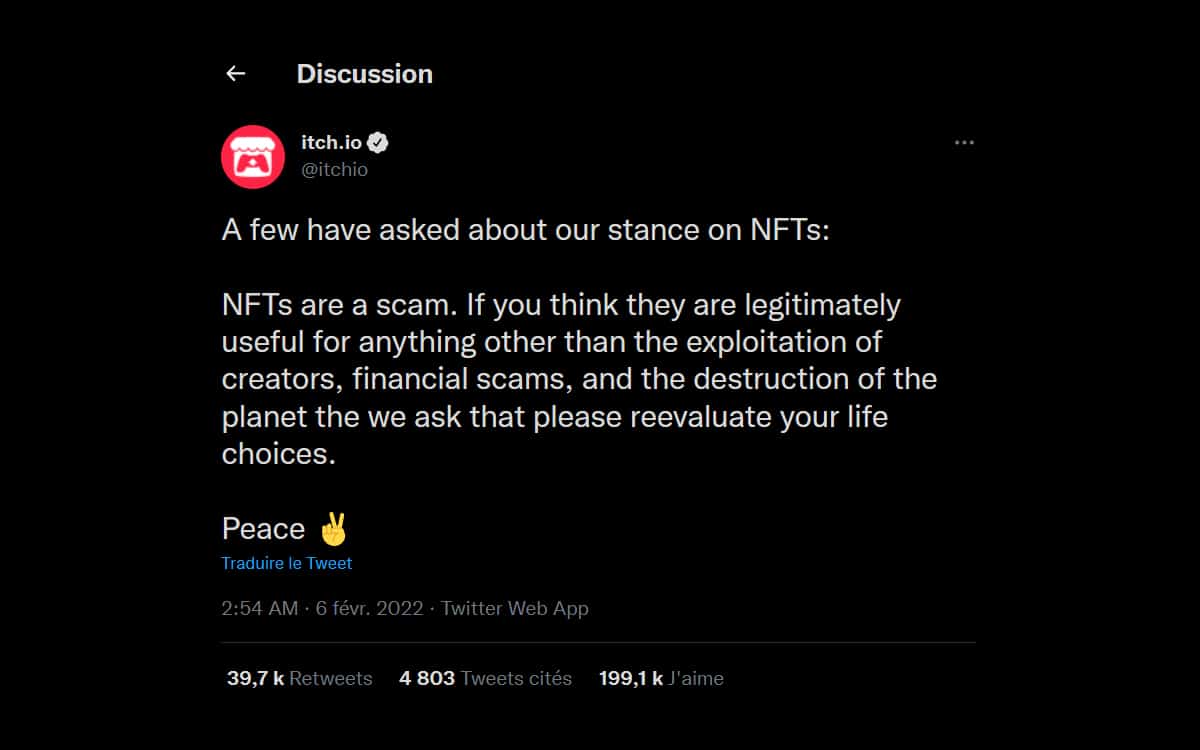 Newskill Neith Pro Series: 7 designs that will not leave you indifferent