How to use the PlayStation controller on Xbox and vice versa

By default the Xbox controller is only for Xbox and the same happens with the Playstation. What’s more, not always the remote from one generation works with the next, so there are times when you find yourself with several remote controls that you can no longer use despite still working perfectly. Although the worst is when you like a controller very much and it is not an option for any video game platform that you usually use.

The latter may seem strange, but don’t think it is so strange. There are users who despite enjoying Playstation prefer to use the Xbox controller and vice versa also. Because to taste the colors and there is no absolute truth about which is the best gamepad. As much as a large majority of users love the Microsoft Xbox Elite.

Well, continuing with what interests us. We all know that use the Playstation or Xbox controller with a mobile or computer It is something quite simple, because you just have to pair them via Bluetooth and that’s it. Of course, they have to be the versions with Bluetooth, not the older ones that made use of other wireless connection methods.

However, the idea here is to take advantage of the Xbox controller in Play and vice versa. To do this, you will only need to resort to some adapters that Brook sells and with which you can take advantage of many of the controls that you possibly have and like so much in other entertainment systems. Of course, there is no global adapter for all consoles. So if you want to use the Sony controller on an Xbox you will have to buy one and if you want the Redmong controller on the Play, then another. 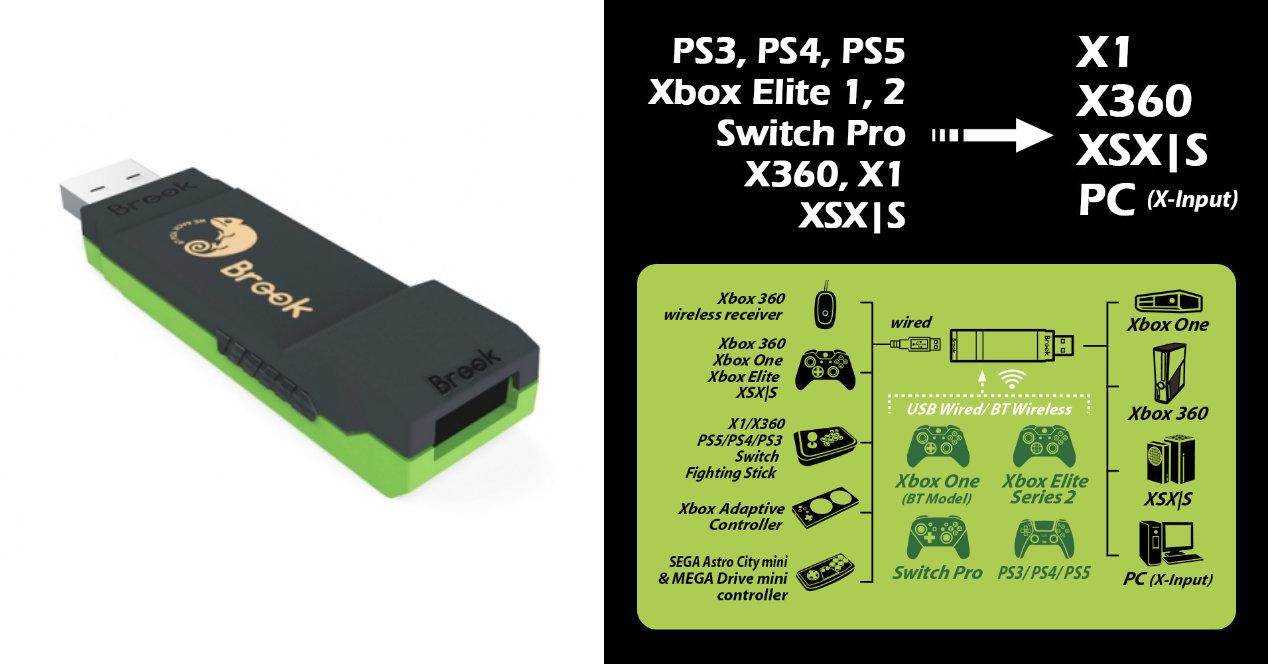 The adapter that allows you to use the controllers of PS5, PS4, PS3, Switch Pro, Sega Astro City and Mega Drive mini in an Xbox Series X and S as well as in previous generations of Xbox One and Xbox 360 is the Wingman XB.

With this adapter you can not only connect the controls that are wireless, but also those that go by cable thanks to the USB A female connector that it incorporates. Then you just have to plug it in via USB also in the console and voila. 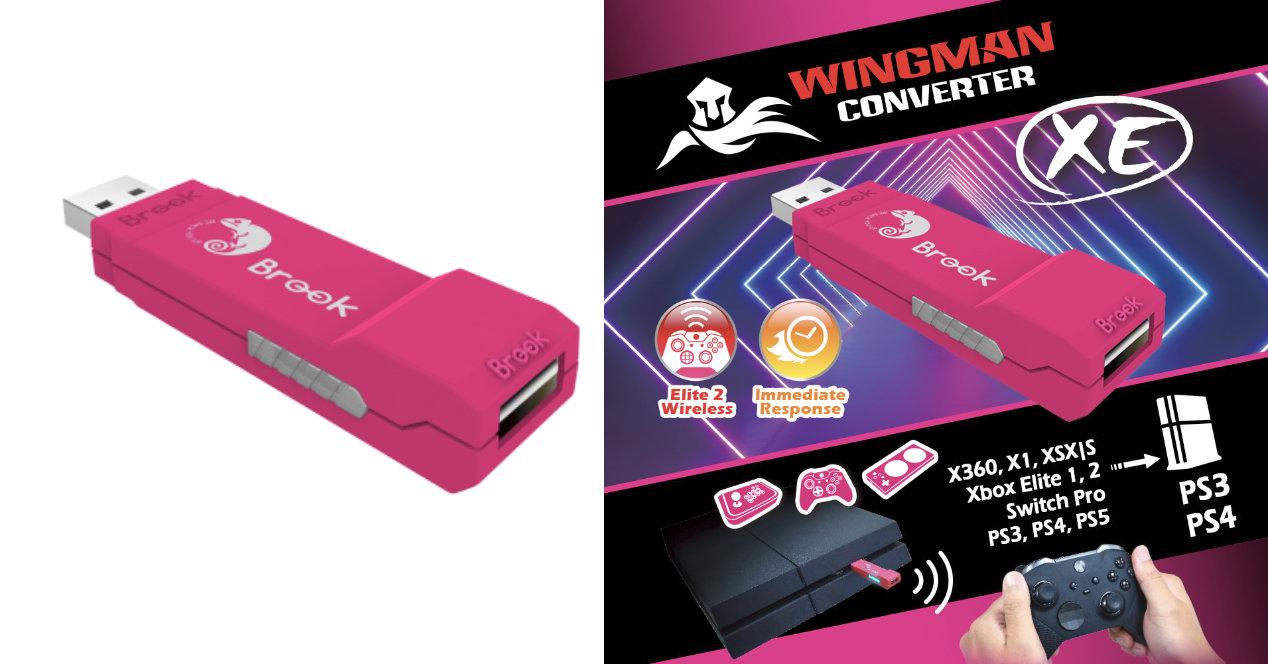 On the other hand, if you want to use the controllers of Xbox 360, Xbox One, Xbox Series X and S, Sega Astro City mini and Mega Drive mini as well as those of the Switch Pro with cable or without cable on one of the consoles of Sony, you will have to buy the Wingman XE.

With this adapter, in addition, you should also be able to take advantage of these controls when playing PS4 titles on your PS5. Beware of this, PS4 games running on a PS5 and not native titles for the latest Sony console.

How to use Xbox and Play controllers on Nintendo Switch 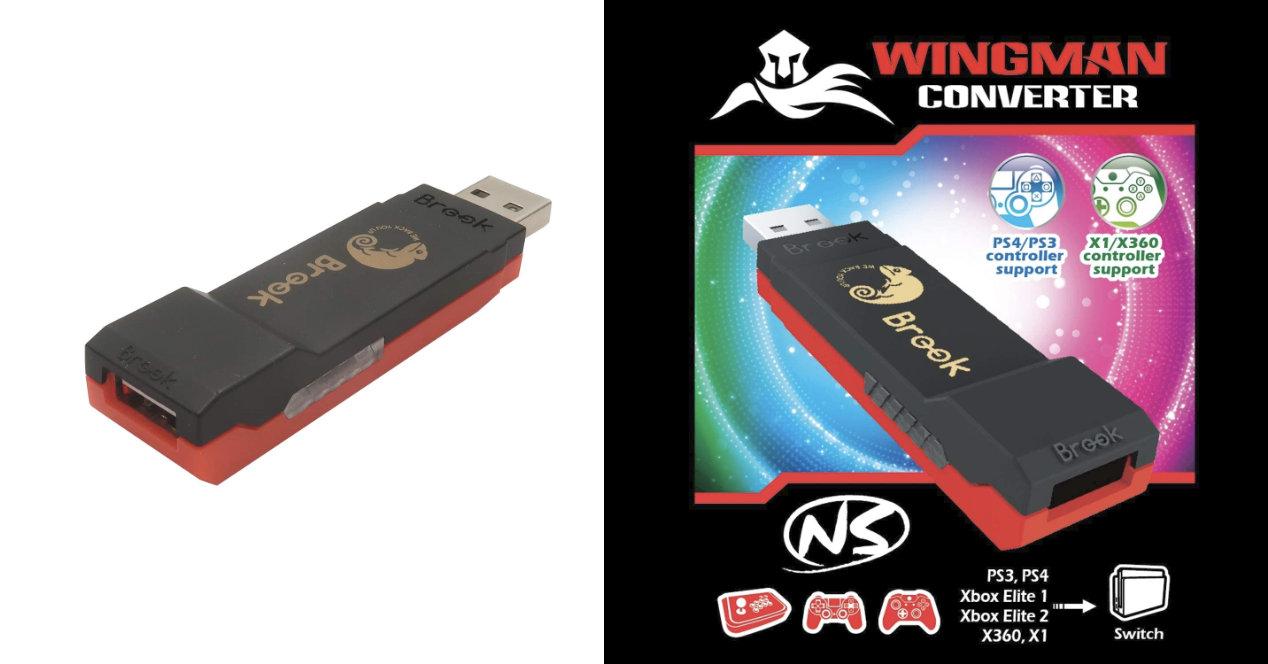 Yes, in case you were wondering if this exists for Nintendo Switch as well, the answer is yes. You can also use the controllers for PS3, PS4, Xbox Elite 1 and 2, Xbox 360 and Xbox One on a Nintendo Switch just by using the Wingman NS.

An interesting option even for other controls 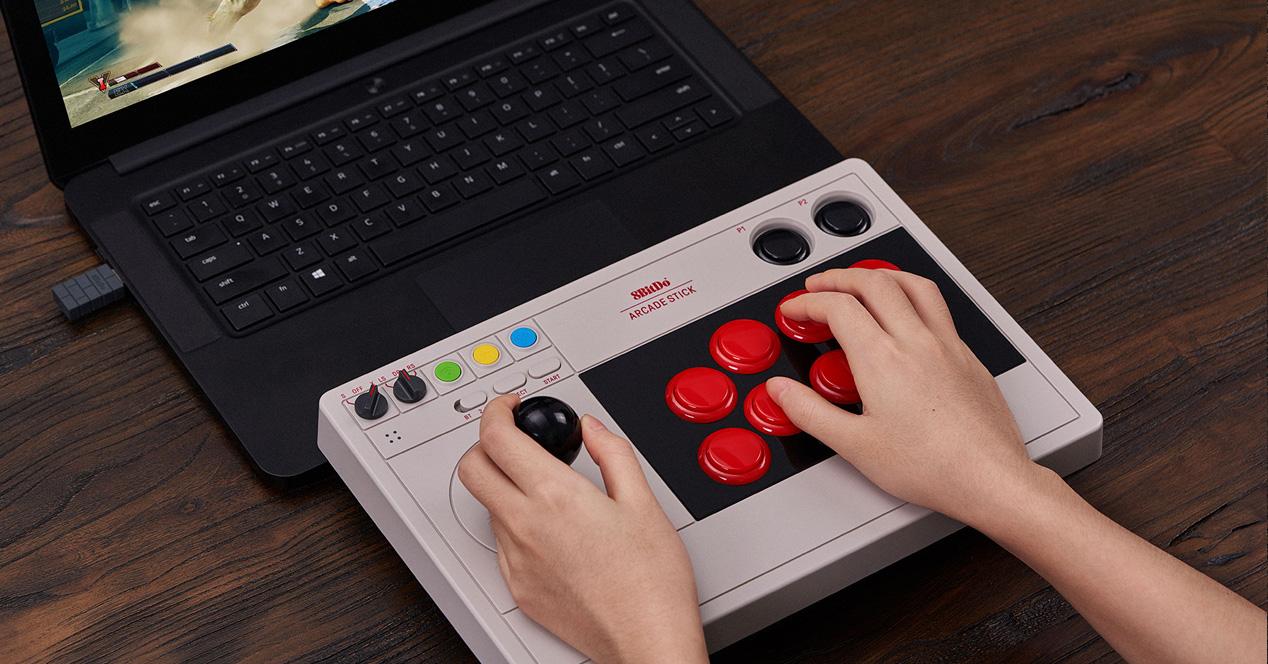 As you should have already guessed, any controller compatible with Switch Pro, Xbox or Playstation can also be used in other systems thanks to these adapters. That is, a remote like the ones manufactured in 8bitdo can be used in one of the Sony or Microsoft consoles, although initially they were only intended for Nintendo Switch, Windows PC, mobile devices and Android.

This opens up a multitude of new possibilities such as, for example, making use of much more niche proposals such as joystick controls for Arcade. An option that is the best for certain types of genre, especially if you are one of those who has grown up visiting arcades to play current titles such as Street Fighter, Double Dragon, Pang, etc.

Cityscoot warns its customers against phishing

Buying a PS5 could remain mission impossible until 2023