Sony finally introduced one of its most anticipated cameras, the Sony A7 IV. The replacement for the popular and excellent Sony A7 III comes at a time when the rest of the rivals have put the batteries and launching more than interesting proposals for price and performance. Therefore, the question is not only if it lives up to the expectations for users of the brand and an A7 III, but also if it improves what its more direct rivals offer.

Sony A7 IV, the renewal of a great camera To understand what this new Sony A7 IV means, it is important to know what the Sony A7 III has been. Because if this is not the case, it may not be possible to correctly assess the current difference in price issues between the two models. Because from 1,800 euros to 2,800 euros there is an important difference.

So, since we know that nobody wants to spend 1,000 euros more for the face, let’s first talk about what is new this Sony A7 IV offers: If you have a Sony A7 III, making the leap to the new Sony A7 IV might not pay you off. Of course, everything will depend on the needs of each user. If for some reason you were waiting for the option of being able to record 4K video at 60 fps, go ahead. But if that does not appeal to you much, it is possible that the rest of the benefits can wait. Because you might not notice many differences on a day-to-day basis.

So knowing what a great camera it is, if you can keep getting your work done with the Sony A7 III, it’s worth the wait. Not only for another future model, but also a possible discount that could suffer from now to the end of the year.

However, if you have to buy a new camera, then we would say that considering betting on the Sony A7 IV is a great idea. Because it is true that costs 2,800 euros and that is a considerable amount, but a thousand euros more than the previous generation for all the comments (and there are many other small news that also add up) make it a great camera.

The Sony A7 IV is pretty much the best hybrid. Because as a camera, improvements in burst shooting, focus, etc., give an advantage. And the same goes for video, which also takes another step forward. The union of all these characteristics will possibly make it the most popular camera from Sony and also among many content creators.

Sony A7 IV and its direct competition So far so good, with respect to the previous generation it is clear that the better the latest model. Another thing is to update, there may be more questions. Nonetheless, Sony has an important list of competitors of other brands, but especially three proposals that are not going to make it easy for you.

The three cameras that can most easily compete against this one from Sony are: Panasonic Lumix S5, Canon EOS R6, BlackMagic Pocket Cinema Camera 6K Pro. The Lumix S5 It is a camera that we know well, because we use it for many of the videos you see on our YouTube channel. It is a camera with a Full Frame sensor, capable of recording video at 4K resolution at 30 fps and 60 fps (in APS-C), but that with the use of an external recorder it is capable of taking an image with 5.9K resolution.

It is true that the Lumix AF system is inferior to Sony’s, so it is not as ideal a camera for self-recording or to take some material capture, and it does not have the low light performance of Sony, but it has improved so much compared to to large cameras like the Lumix GH5, which for the 2,000 euros that the body costs is very worth it. 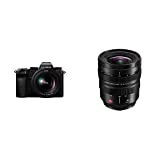 As with the Lumix, the Canon EOS R6 It is a camera that we have been able to record and that offers great image quality, when recording 4K resolution only reaches 30 fpsBut the color science and autofocus system rival Sony’s proposition very well.

The big problem with the EOS R6 is that although it is a great camera and also in terms of video, it has things that if you are not a fan of Canon will make you end up opting for another proposal. 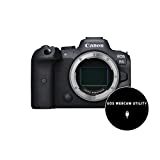 There are many cameras on the market, but the Blackmagic Pocket Cinema Camera 6K Pro it is and will continue to be one of the best for those who want to make films. Well, cinema or any other type of content, although it is not an easy camera to handle.

We do not say this because of its operating system, which is the best and most intuitive that exists on the market, but because it is a camera that has no AF system and that implies having to focus manually. The battery lasts longer than in the 4K and 6K model, but it’s nothing to get excited about, either. For the rest, for the color, the video configuration options, etc., it is a brutality. 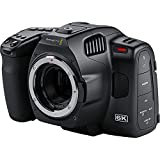 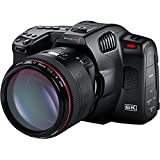 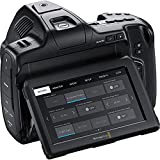 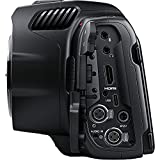 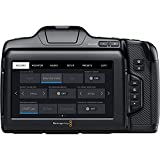 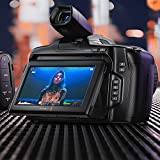 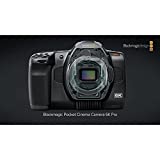 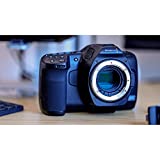 As you can see, all these cameras are very even in terms of features with Sony’s new proposal. Still, against all of them The Sony A7 IV ends up providing some improvement that compensates for its possible disadvantages.

In front of the Panasonic camera is the autofocus system, reason more than enough for many to bet on Sony. Compared to Canon, the Sony A7 IV works great as a multi-disciplinary still camera, especially those of action that require fast bursts and reliable focus.

Finally, the Pocket is a brutal camera, but it is more a camera for production companies than for users looking for a hybrid option that serves both to obtain the best quality in video and photos. So, it must be recognized that although a lower price would always be better, the Sony A7 IV is a very good renovation of a camera that already triumphed when it was presented.

The Sony A7 IV entry: up to expectations and its rivals? was first published in The Output.

Don’t worry, the new PS5 Digital is nothing special