The HT-S400 has been designed to offer a powerful yet simple solution for users looking to improve their TV sound without spending a lot of money. It comes with a wireless subwoofer and includes Dolby Digital technology for immersive sound from just two speakers. In addition, its speakers have been specially designed to improve dialogue, which makes it an ideal sound bar for listening to television programs. Let’s take a look at what Sony’s new soundbar has to offer.

On the other hand, technology Separated Notch Edge joins the X-Balanced Speaker Unit design to improve vertical amplitude symmetry, which is essential for clear sound quality. This is achieved with notches on the outer edges that help control tension on the inside and outside of the diaphragm’s edges. Thanks to these two features, the Sony HT-S400 delivers crystal clear dialogue even in “noisy” action sequences.

All this is supported by a powerful 160mm wireless subwoofer, which offers deep and rich bass. This wireless subwoofer enhances the impact of the lowest sounds, thus helping to make the sound of the bar clearer and not lose the spectacular bass effects so present in the cinema.

When it comes to connectivity, Sony has designed its new sound bar to be the ideal companion for its televisions. If we connect the Sony HT-S400 to a Sony BRAVIA TV, the soundbar settings automatically appear in the BRAVIA TV’s quick settings menu. In addition, we can easily control the sound modes and volume with the remote control of the television. 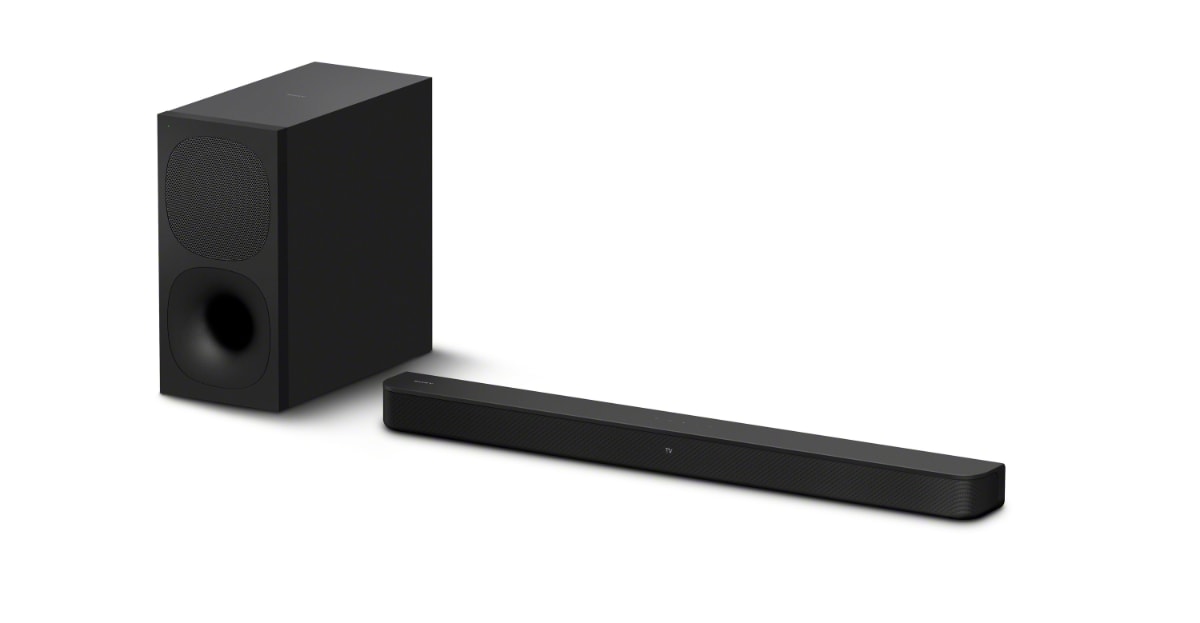 On the other hand, even we have the possibility to send the sound of the television to the sound bar wirelesslyas long as we have a Sony TV compatible with this function.

For those who do not have a television from the Japanese manufacturer, the Sony HT-S400 includes a remote control that combines a design that fits in the hand with easy operation. It allows easy access to the Voice mode (voice) to have clear dialogues, as well as a Night mode (night), so that we can watch TV without waking anyone up.

In the bar itself we have a OLED screen that provides information on the status of remote control functions, including input source, volume, and sound settings.

Finally, it is worth mentioning that Sony has designed its new soundbar with the environment in mind. The manufacturer has used recycled plastic in the subwoofer of the Sony HT-S400 sound bar, the result of extensive research to obtain sustainable materials. Something similar to what we saw in the Sony HT-A9 sound system.

The new sound bar Sony HT-S400 will be available in april 2022 at a price of approximately 270 euros.

How to remove background from an image

7 myths and legends about OLED TVs. True or false?