A functional design and a couple of interesting details

There are televisions that do not intend to break schemes of any kind in terms of design. They do not seek to be the finest on the market, nor the most elegant, innovative, etc. Their only mission is to be functional for those who bet on them.

One of them is this Sony X90J, a smart TV that does not stand out for anything in particular and still achieves a pretty good balance as a whole. And it is that it is a television with a simple, minimalist finish and where some details provide a plus that others do not. This is what makes it earn those points and compensates for other shortcomings compared to higher-end models, such as the spectacular Sony A90J that I was able to analyze here as well. 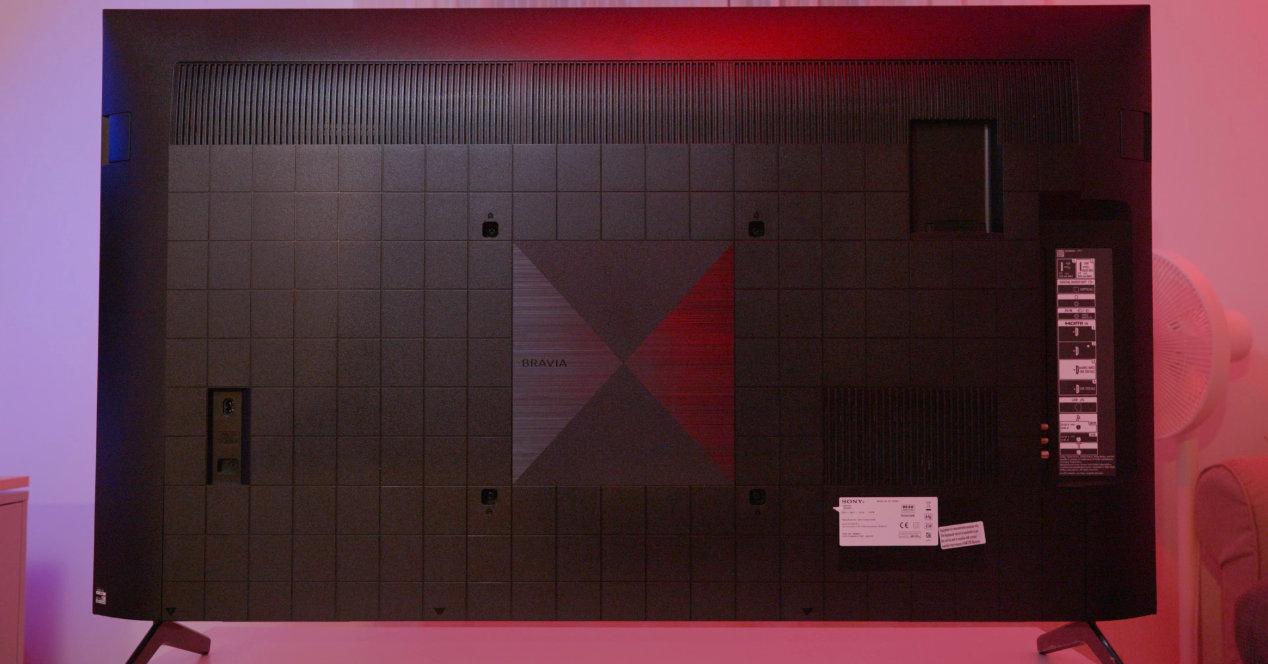 Reviewing the design in general, what we have is a product with a fairly traditional aesthetic and without great fanfare. However, to give it a small differentiated point, especially of cheaper proposals within the brand itself or other competitors, they have drawn some squares on the rear plastic casing that although it does not affect anything, they allow it to transmit something else .

Even so, that plot is not going to remove obvious things such as that it is not the proposal with the least thickness of the market within its category and prices, but that does not matter either. Because then there are things like the thickness of the front frames that, without being the thinnest either, do give the panel the prominence it deserves. 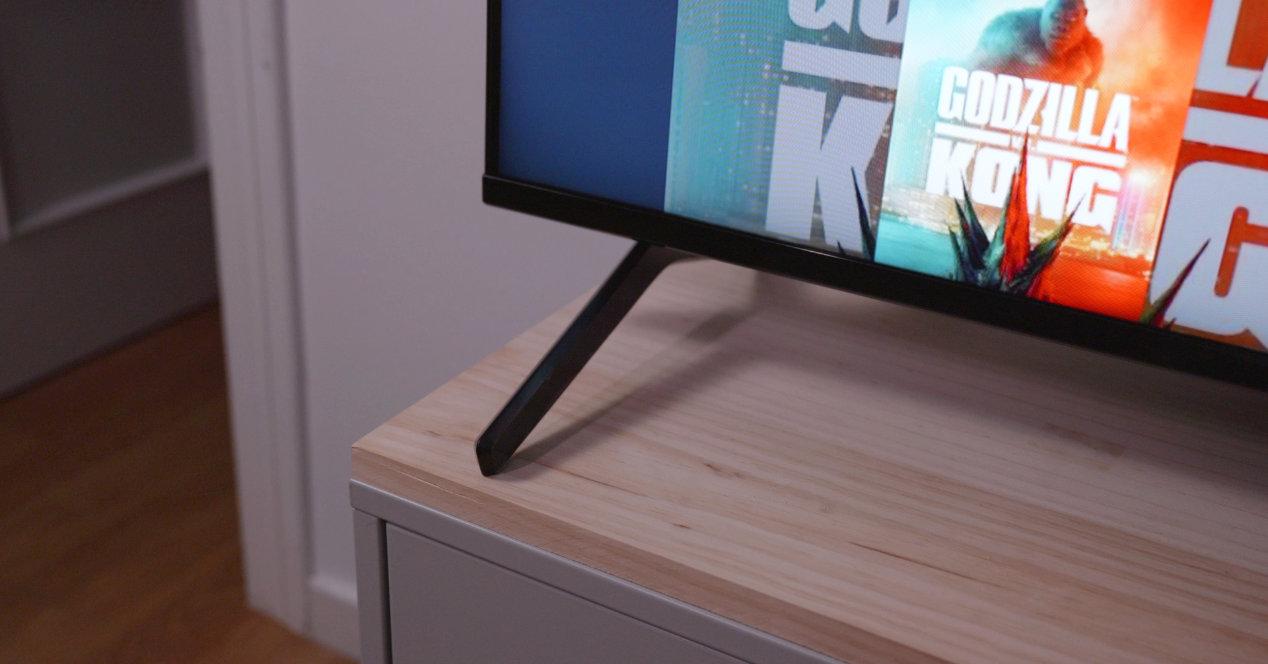 Of course, the best thing is the possibility of placing the feet in two different positions and how they have located all the connections. About the feet say that they can be put to the ends, so that the TV would have the maximum possible stability. And then more centered, ideal for placing the TV on narrower tables or furniture.

Regarding the connections, they are all on the side. A location that makes it very convenient to manage them and, most importantly, change them or connect other devices when necessary in a simpler way if it is, for example, hung on the wall. 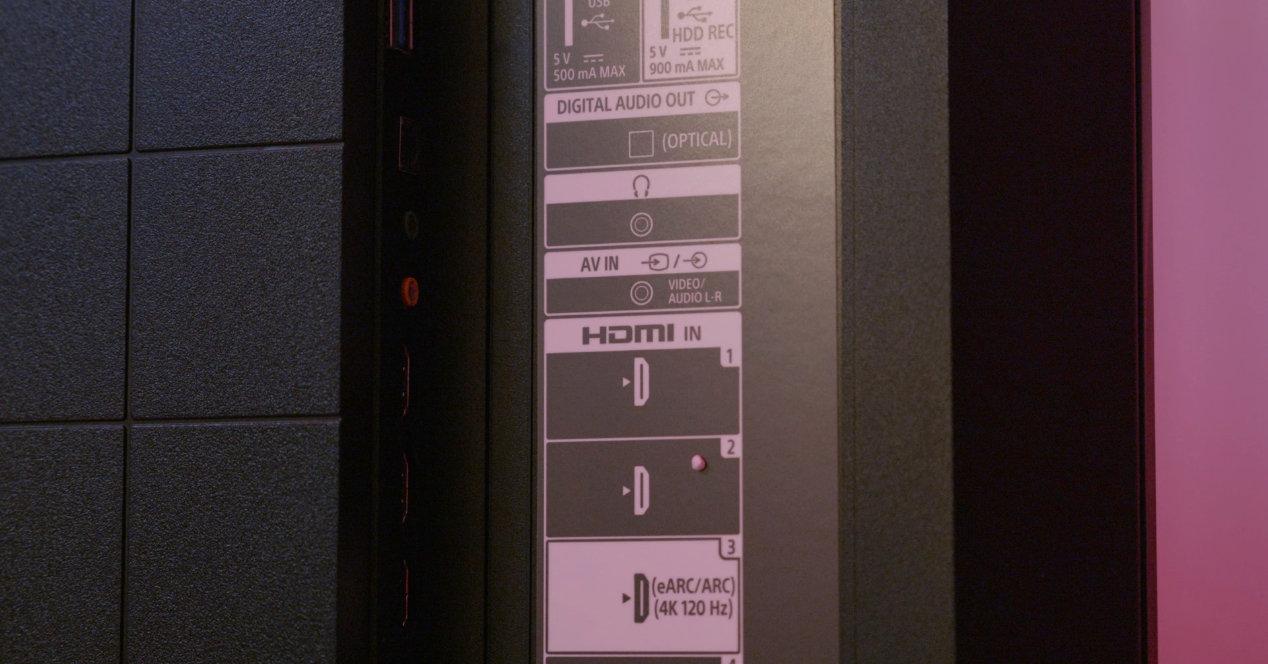 In summary, physically the Sony X90J performs quite well and without being spectacular it is a new demonstration that Sony knows what it does in terms of televisions. It will not be the most spectacular, but it is functional and that in the end can matter much more. 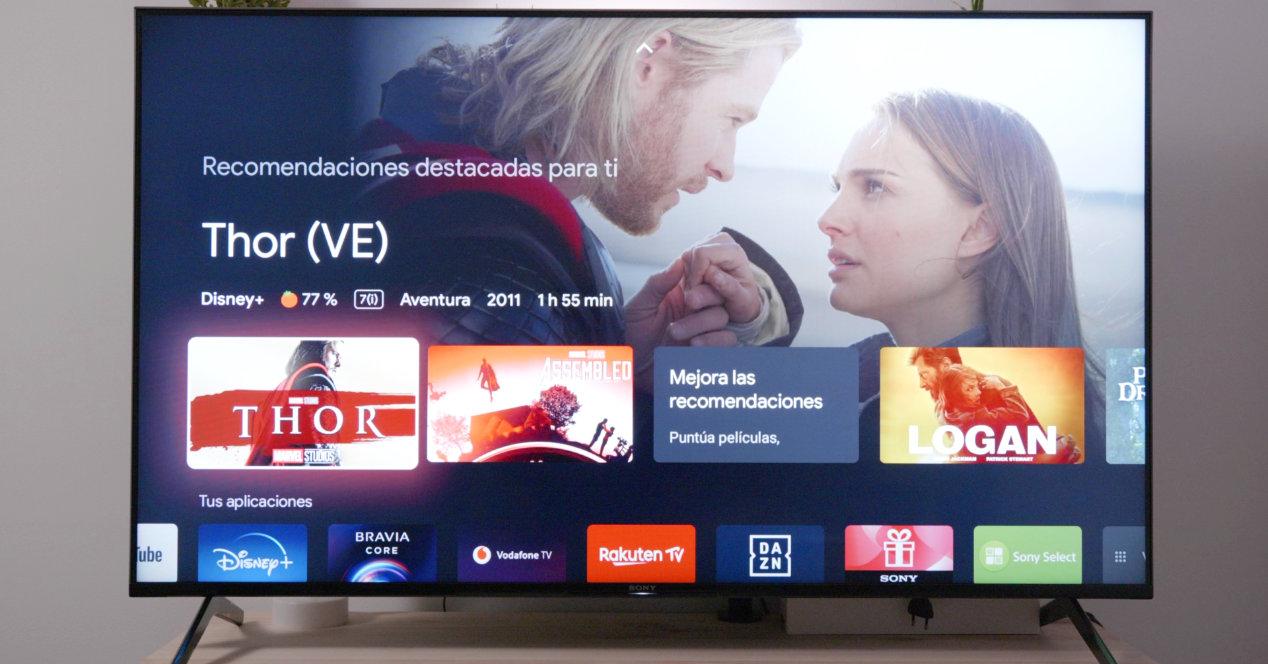 Sony continues to bet on Google’s operating systems and this time Google TV is in charge of offering us a very rich Smart TV experience in every way. Because not only can we install a wide variety of applications such as the most common streaming services such as Netflix, Disney Plus, YouTube, Prime Video, etc., but also other utilities, games, etc.

In addition, as we have seen on other occasions or with the analysis of the latest Chromecast with remote, have Google tv It is also synonymous with having support for Chromecast and Google Assistant. With the first one, you already know that you can send content from mobile devices to see on their screen what you are seeing on the mobile, ideal for showing photos to your friends or family when they go home to see you or whatever else you can think of. With the second you can use the remote with the included microphone to control the home automation if you use the Google platform. If not, you could also install Alexa.

For the rest, the performance of the platform is good in terms of execution speed, menu navigation, switching between apps and services, etc. It will not go with the fluidity of other devices, but because of how a television is used, the feeling in the end is what it should be and that is appreciated. In addition, without neglecting other Smart TV platforms, it must be recognized that Google is doing great and Sony is taking advantage of it very quickly by being the first to adopt it. 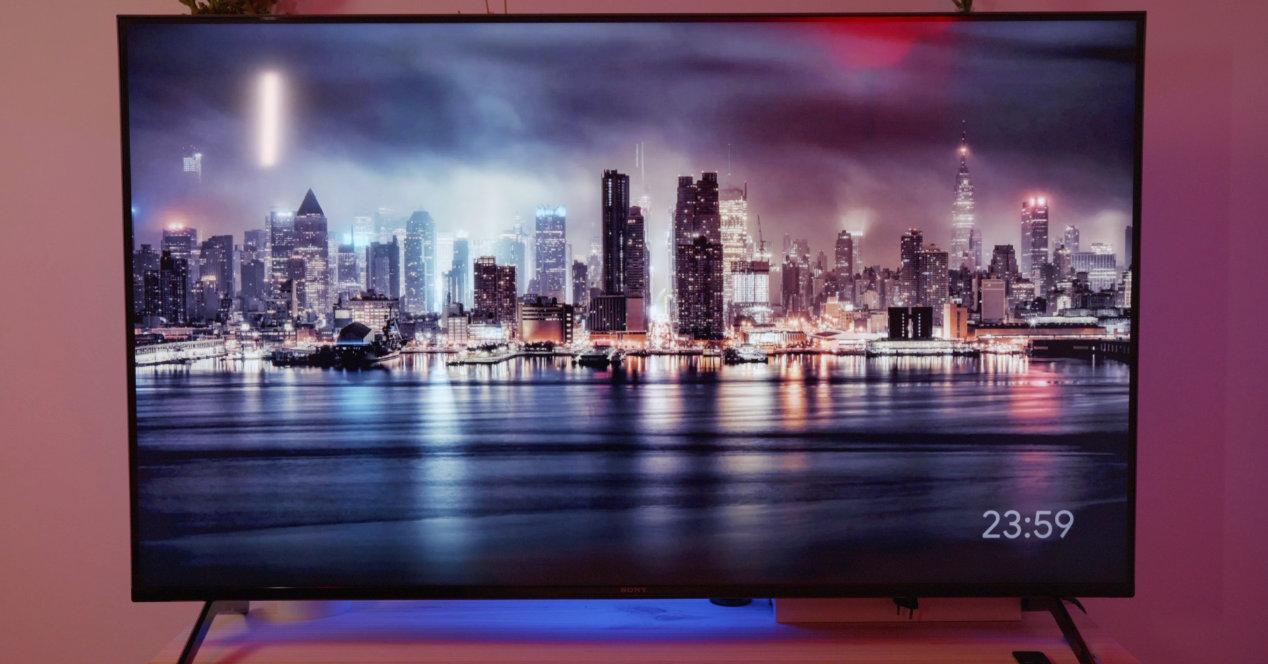 The image quality of a television is the basis of it and the section that should really be valued the most when deciding whether or not it is a proposal for you. In this case, a series of mentions must be made to the technical characteristics to understand why, without being the best, it offers one of the most complete experiences.

For starters, this 55-inch panel with 4K resolution (it is also available in 50-inch and 65-inch) not only stands out for its clarity and support for displaying content in high dynamic range, but also for the LED backlighting system that it integrates.

Here we have a Full Array system that allows a control of the light by areas quite precious. In front of an OLED panel it is logical that there will be differences, even if it is of the lowest quality, but even so the level of contrast that is achieved, the depth of blacks and the detail in light and dark areas is so good that the experience is very gratifying. 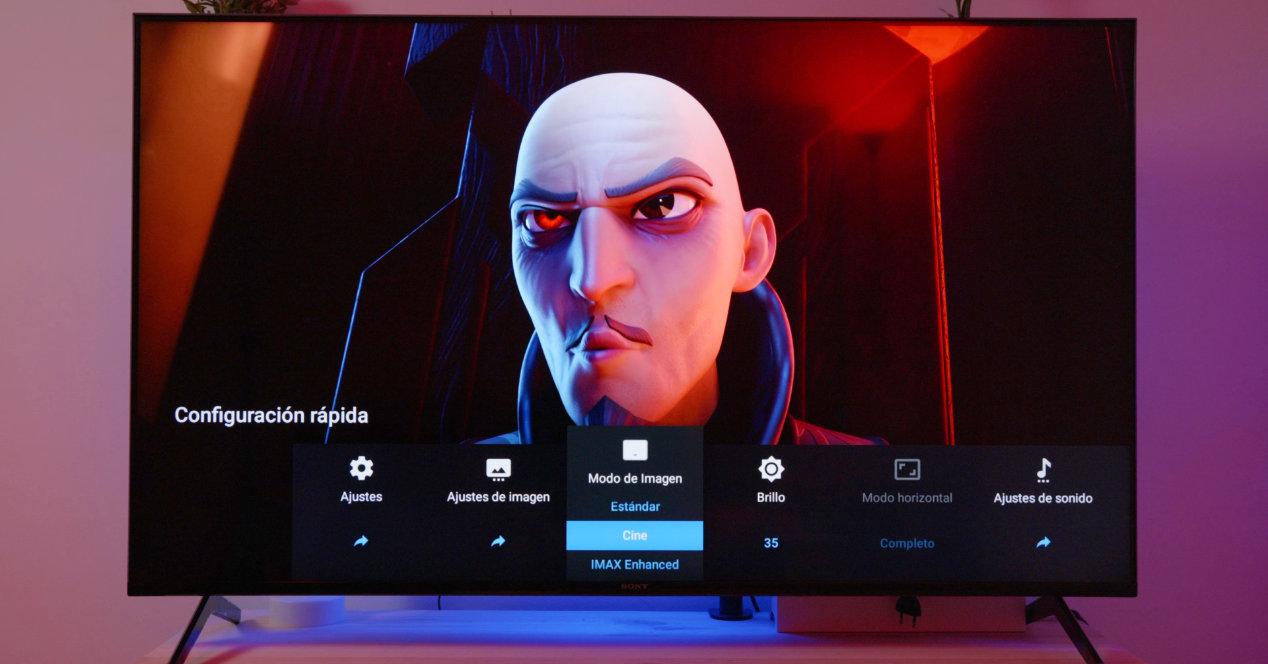 To that is added a very accurate serial color representation and with which you can play if you want to change some parameter in a more advanced way or opt for one of the predefined profiles. Personally, the cinema mode is the one that convinces me the most, although it has others such as IMAX, Vívido, etc., that can attract you just like you.

Without a doubt, it is a very capable screen when it comes to enjoying both series and movies. And upscaling when the incoming video signal is not native to 4K also works fine. Of course, my recommendation is to disable Motionflow image smoothing. But that is already something that each one will value as they see fit. 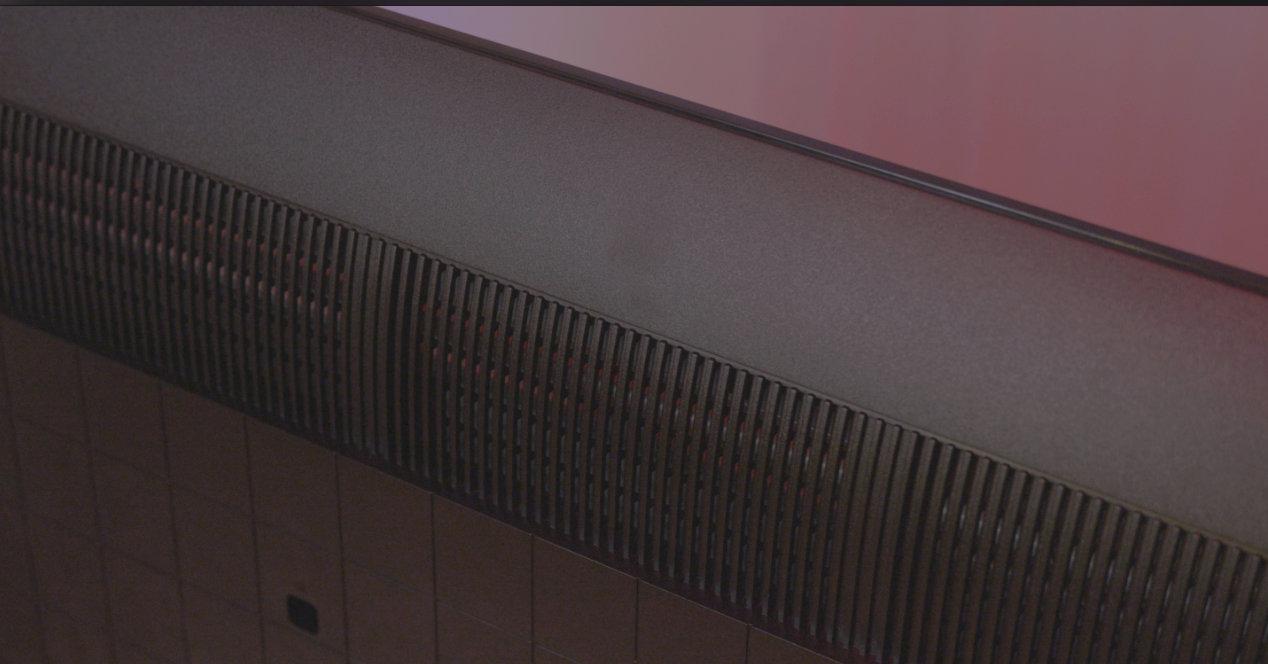 The Sound system introduced by Sony in this television is composed of two speakers with a sound power of 10W each. That makes the level of maximum volume reach 20W, but for that reason the quality is not going to be outstanding. Despite this, don’t get me wrong, because it sounds great.

The only thing is, it doesn’t have that performance that the A90J had, with a lot more room for a sound set on the much more capable 65-inch model as well as a higher price. However, the truth is that if you do not want to complicate or make an extra expense, you can enjoy the contents with the integrated speakers.

The idea of ​​acquiring a sound bar or another set of external speakers is to level up and look for a better experience, for example, with Dolby Atmos content or similar now that spatial audio is on everyone’s lips. 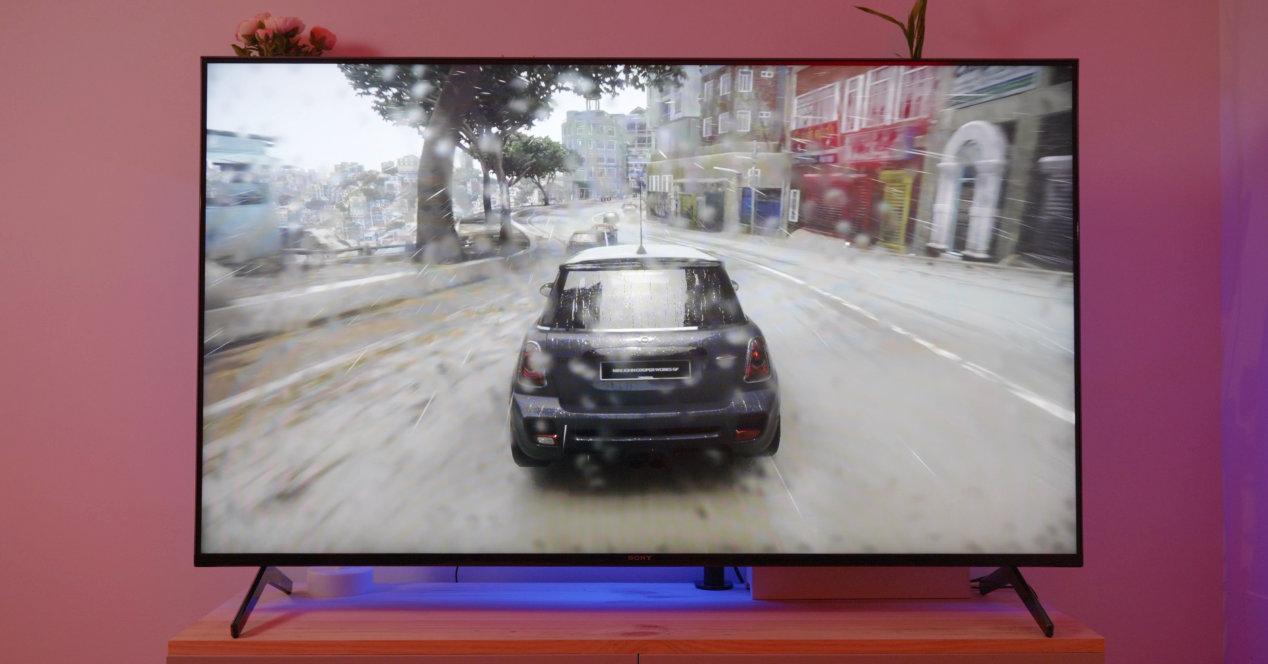 When at the beginning I said that it seemed like an ideal screen for all types of content, it was for this very reason. With the A90J one will mainly enjoy an image quality that elevates the experience when watching movies and series on a big budget. And although with that panel the games are also enjoyed, few spend 3000 euros on a television to play.

However, the Sony X90J is an option that thanks to the performance of your 4K LED panel, the location of Full Array lighting and some additional technical data allow you to enjoy the games in a very satisfactory way and at a price that the vast majority can afford. 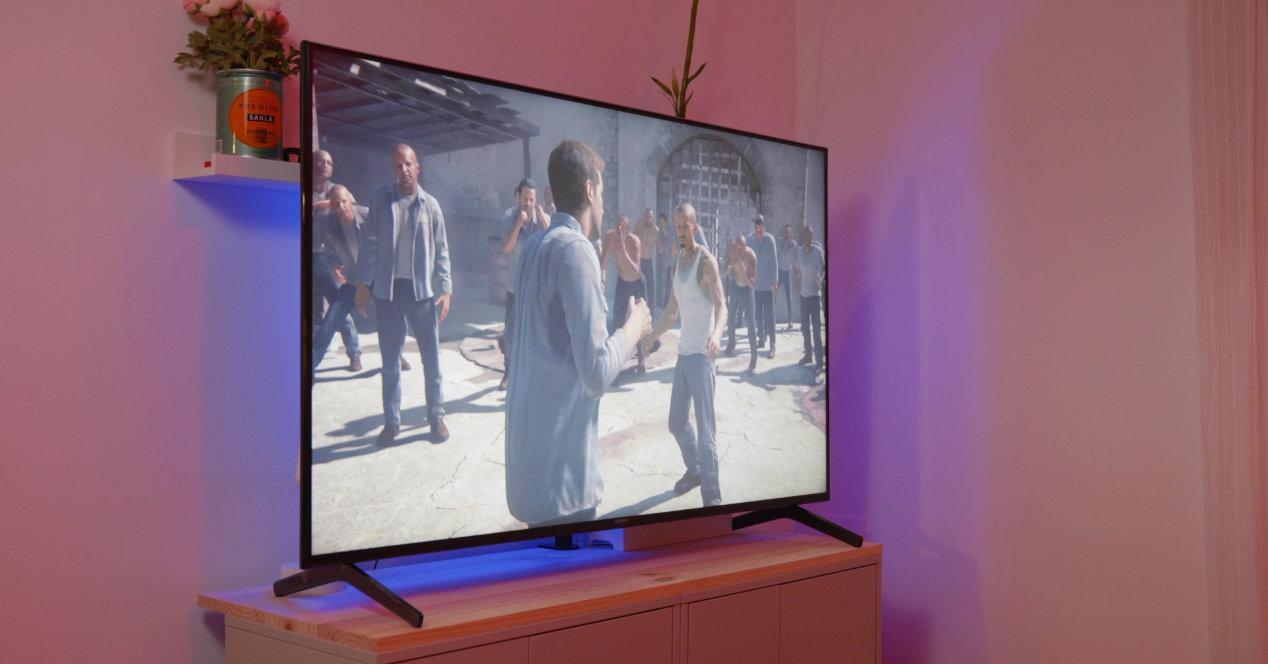 In addition, the TV includes two HDMI connectors prepared for a 4K video signal and in the future, via firmware update, also will have VRR support (Variable video refresh). Something that for use with new generation consoles such as Sony’s own PS5, the recent Xbox Series S and X, is highly recommended to have on any television that you want to use for this purpose.

So if you are looking for a good television to play video games, without spending a lot on other proposals more designed for the cinema, this could be an interesting option to consider.

A screen within everyone’s reach 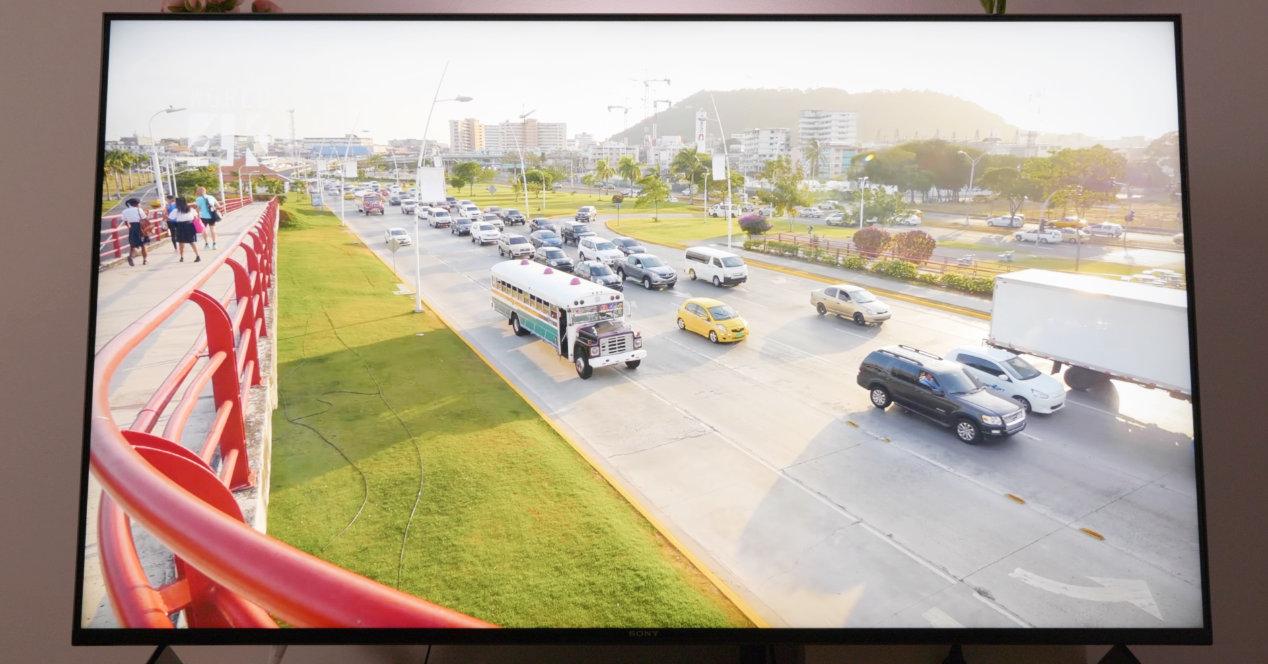 Being seduced by high-end televisions is very easy, because the overall quality in terms of design, image performance, sound, Smart TV experience, etc., is always the best. They are also usually very top OLED panels and that is almost a guarantee of success.

The problem is that they are proposals whose price makes them escape the budget of the vast majority of users, who are not willing to invest 3,000 euros or more easily for a 65-inch screen.

This Sony X90J is a very well balanced Smart TV in all respects. It is not perfect, nor the best option on the market, but within its category and price it could easily be among the three best. So if you want to enjoy the cinema, have good sound, a very rich Smart TV experience and great performance in video games: you will not regret it. 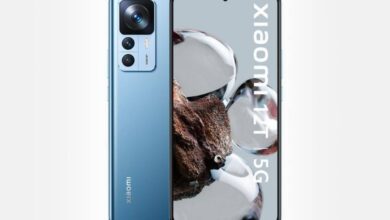 Nice price drop on the excellent Xiaomi 12T for the sales! 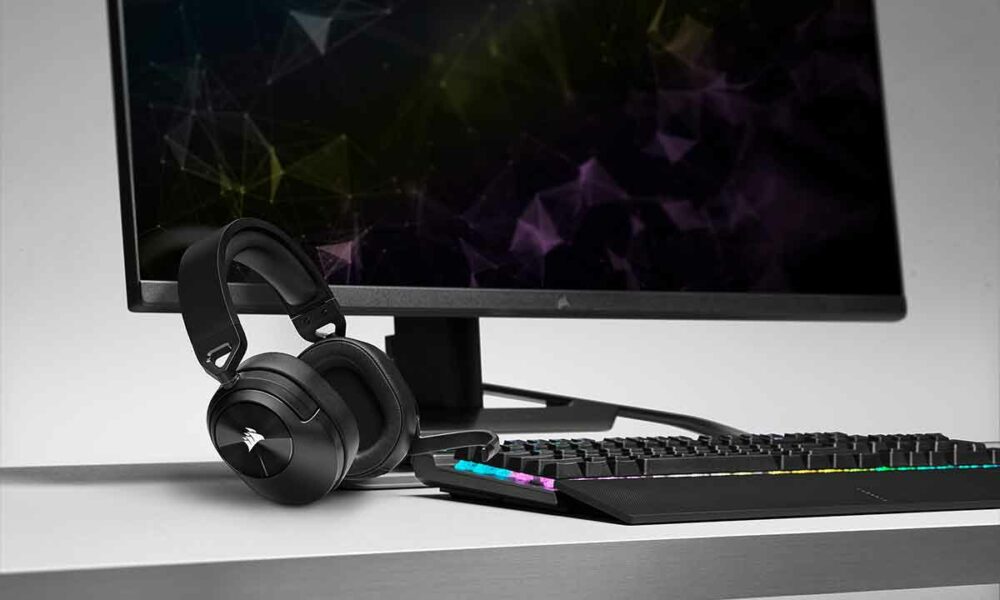 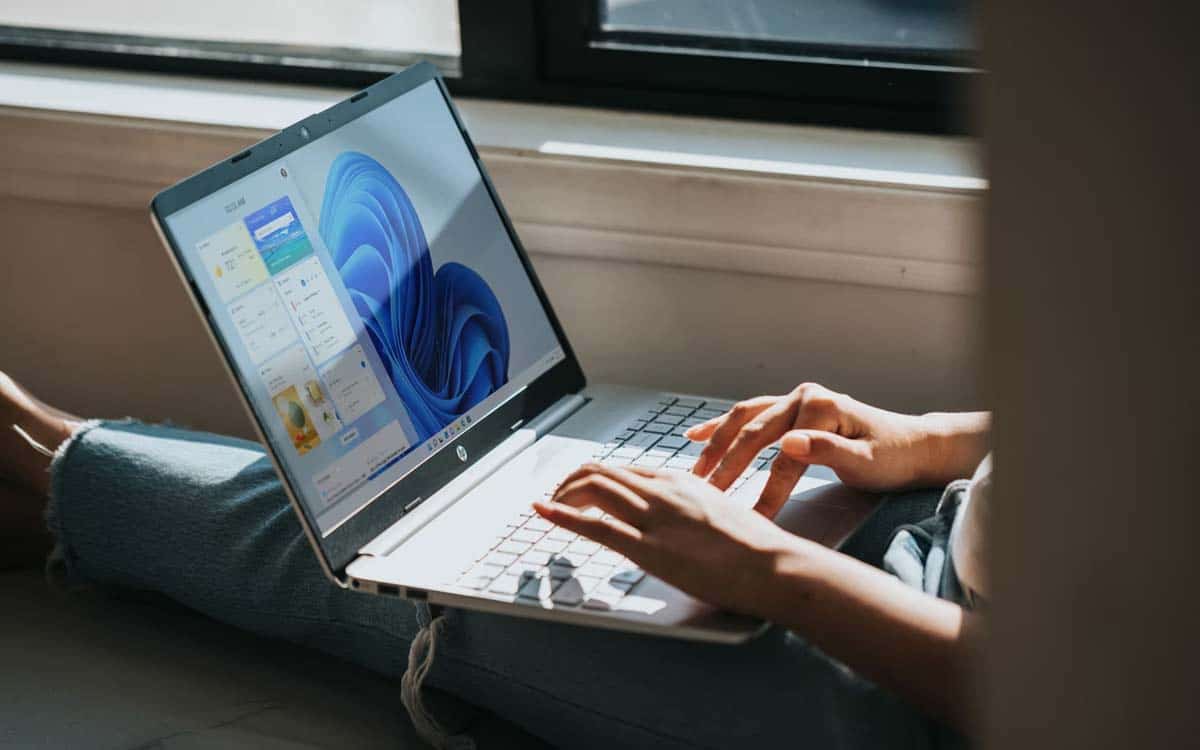 Windows 11: this modification of File Explorer will make the OS faster