The Sound Blaster X4 external sound card is the successor to the award-winning Sound Blaster X3, which comes with new features and better connectivity. It incorporates the latest technology in its USB DAC (Digital to Analog Converter) that now integrates surround sound powered by Creative’s Super X-Fi technology and Dolby Digital Live to offer the best audio experience in movies, music and games on any platform.

With new SmartComms technology available for Windows, the Sound Blaster X4 offers better online communications by reducing background noise and automatically muting the microphone when no voice is detected, ideal features for users working from home. In addition, it also comes with greater connectivity options compared to its predecessor (it is compatible with PC, Mac, PS4 / PS5, Switch and even with iOS and Android smartphones) and with very easy-to-use physical controls to control everything.

Of course, Creative has integrated its proprietary technology Super X-Fi, capable of recreating a soundstage of a high-quality surround sound system on headphones, customizing the audio experience to the shape and size of the user’s ears. This technology creates a more natural audio experience, according to Creative, allowing them to enjoy better immersive audio, greater depth of sound, and ultimately greater immersion. According to the manufacturer, it is as if the user were in the cinema, in the middle of the battlefield of the games, or in a concert.

This USB DAC also incorporates the renowned technology Surround Virtualization, developed for more than 30 years by the audio experts of the brand, one of the star characteristics of this new model. This technology significantly improves the spatial information of the audio and optimizes it to offer the user a much more immersive experience that offers up to 7.1 independent or virtual audio channels depending on the user makes the relevant connections. 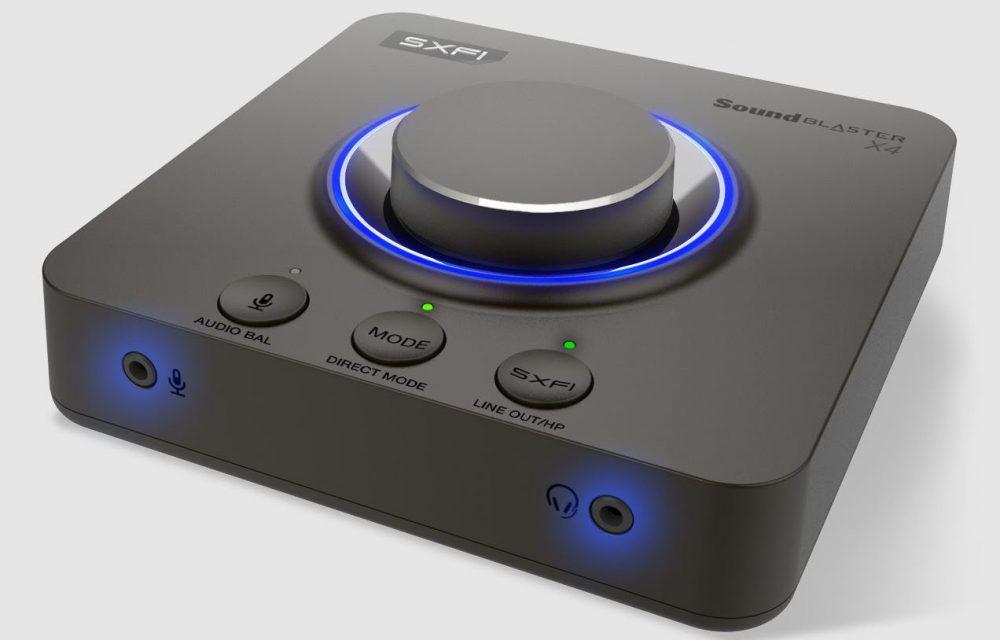 Users using this external sound card on a Windows PC can enjoy the Dolby Digital Live audio codec, which transforms audio content to this multi-channel surround audio standard in real time. It also comes equipped with the ability to support studio-quality headphones with up to 600 ohms and 114 dB for crystal-clear reproduction with up to 24-bit 192 KHz frequency response.

With the new SmartComms Kit, the Sound Blaster X4 doubles as a versatile sound card that can offer users a simple and smart way to communicate over the Internet. For example, with your function Voice Detect The microphone will automatically mute when it detects that the user is quiet to completely eliminate background noise and will re-activate when it detects that they are speaking, all with near-zero latency. There is no need to press buttons to mute the microphone since the device does it automatically, but it still incorporates a physical button for it.

As if this were not enough, it also incorporates a bi-directional noise cancellation function, which eliminates unwanted background noise to avoid annoyance in online communications. It works on both ends: NoiseCliean-in for incoming audio and NoiseClean-out for outgoing audio, offering the clearest possible communication in the industry. 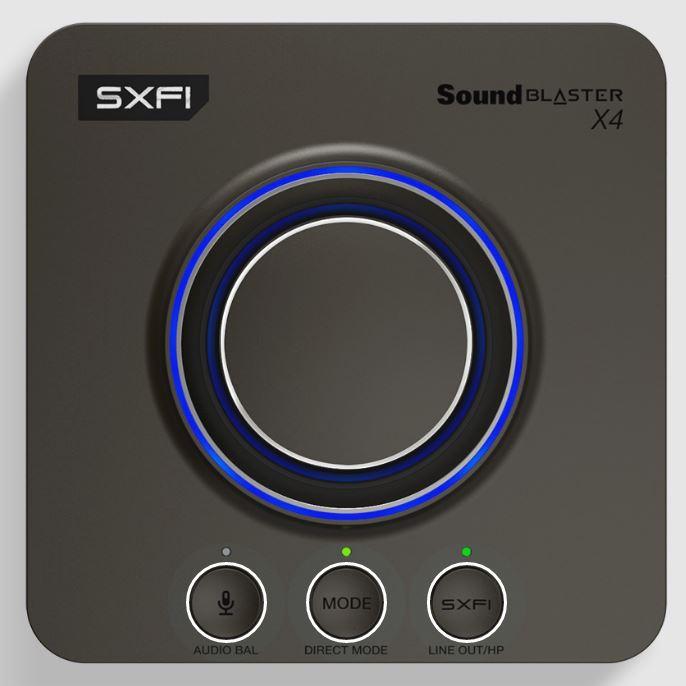 On the other hand, it also has the technology CrystalVoice which enhances the voice for recordings and conversations so that the human voice will be much clearer and, true to its name, crystal clear. For users looking to explore additional and curious options, it also has the technology Voice Morph which is nothing more than a modulator that allows changing the user’s voice with a list of predefined profiles (for example, to have the voice of a squirrel, of a woman when you are a man or a man when you are a woman).

All these features are accessible through Creative’s complete control software, available for both PC and Mac as well as mobile devices and that you can download for free from its website.

The best connectivity on the market

Equipped with a new optical S / PDIF port with connector TOSLINK, now users have a greater range of possible connections that allows the Sound Blaster X4 to connect to a greater variety of devices, and it is not in vain that it is compatible with PC, Mac, PS4, PS5 and Nintendo Switch consoles and even with smartphones ( in this case through Bluetooth). It also has of course 3.5mm minijack connectors for real 5.1 systems. 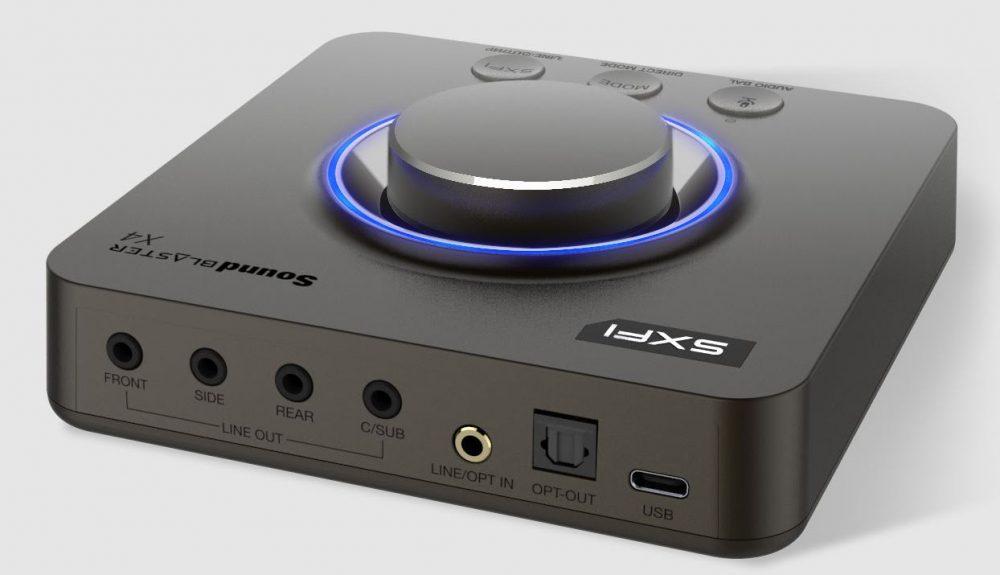 This new sound card from Creative offers at the same time simple controls with a digital wheel dominating the center of the apparatus. It is also equipped with dedicated controls for audio balance, audio mode selection, to activate and deactivate Super X-Fi mode and a button to switch between speakers and headphones, ideal for users who have speakers on the PC but who when they play they like to do it with headphones, so they won’t have to go around connecting and disconnecting anything because by pressing a button they will switch from one to the other.

Users will also be able to easily control the volume levels between two audio sources with the Audio Balance feature on PC, Mac, PS5, and PS4. Once setup is done, users can simply adjust the level of the audio mix with the volume knob turning left or right. This function is especially useful for users who listen to music while on a call, for example, or to control the level of communications while playing a game.

The Creative Sound Blaster X4 USB External DAC / Sound Card is available from the manufacturer’s online store for a price of 149.99 euros.

Enjoy more movies and television on Kodi with these plugins