On March 20, a demonstration was called to demand the bad situation of the rural world usually. Three notes about this manifestation that I consider deserve to be highlighted before making an assessment of its motives:

These numbers of the demonstration in the lowest participation band multiply by many times the number of any other demonstration held in Madrid since the start of the pandemic.

What is the reason or reasons for this remarkable success?

The main one is very clear: A great majority, of that 20% of Spaniards who live in rural areas and of that million active workers in the primary sector, their way of life is seriously threatened. In addition, they feel abandoned by administrations that, on many occasions, not only do not help them, but also trip them up, or at least that is how a good part of the residents of the rural world feel.

Examples of this can be found in how it has been interpreted from the rural world harassment of hunting, bullfighting, intensive farming or the campaigns against the “waste of water” caused by the irrigation of crops, or against the “greenhouse gas emissions” of livestock farming in general and extensive farming in particular. And the rural world cannot do without any of these sources of wealth generation to survive, what it really needs are many more sources of income and support for its survival. And something that we often forget is that they are the guardians of almost 90% of the territory.

There is much talk of “emptied Spain” and little is done to remedy it, when the total population in Spain has grown by more than 17% so far this century, in municipalities with fewer than 5,000 inhabitants it has decreased by more than 8%, and that only as an average, because if we analyze provinces like Asturias, León, Palencia, Zamora, Salamanca, Lugo, Orense, Jaén or Cáceres the situation is much more dramatic. In the last two years, due to the pandemic, there has been a certain return of the population to small towns, but these new contributions have not managed to compensate for the population that was destroyed on the other hand and the municipalities with less than 5,000 inhabitants have lost again. more than 3,500 in the last year, 0.06% of its population.

And if this is the underlying situation, now they have a maximum concern in cost increases as a result of the geopolitical instability unleashed by the Russian invasion of Ukraine. Right now agricultural diesel has a cost that triples that of two years ago at this time and that more than doubles that of the previous year. The electricity, as we all know, is also having very important rises. Another critical source of cost increases is the rally in the prices of oilseed meals and cereals for animal feed, which are at all-time highs. These rises have put many livestock farms on the ropes, especially cattle farms, which have gone directly into losses.

In the Council of Ministers the other day, a special plan of 193 million euros was approved to mitigate the consequences of this situation, to which must be added aid for the purchase of diesel, the plan to reduce electricity costs and the possible aid from the Autonomous Communities, which are also announcing measures. We will have to see how the costs behave in the coming months to assess whether these plans are sufficient.

And there will still be a huge source of concern for the foreseeable future, “the new CAP” which enters into force in 2023 and is almost universally considered negative for the Spanish countryside as a whole. It is a norm that has been branded as “Environmental CAP” and that, above all, supposes unfair competition for community products, generated by the community itself, since it will impose criteria on internal production that it will not impose on imported products. It’s irrational for sure., about which there is a glimmer of hope for change, motivated by the very effects of the war in Ukraine, which has made the community authorities open their eyes to the importance of food sovereignty in the EU, which the new CAP would make more difficult to get It will be necessary to see if some of the changes introduced before their entry into force are finally reconsidered. 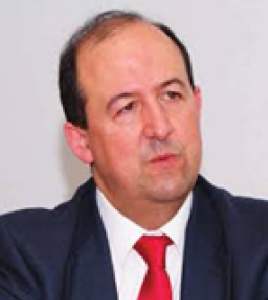 I hope the above has helped you understand, the delicate nature of the current situation in the Spanish rural world, a situation that undoubtedly justifies their unity of action, the political mobilization of people from the countryside, which we already saw in the last elections in Castilla y León and which we will undoubtedly continue to see in the next ones. And it is that they are defending their way of life, which was that of their parents and that many would like it to be that of their children.