Xbox controllers: a rainbow of possibilities

The truth is that, although they are not special or limited editions in most options, we wanted to tell you a curious detail about the controls of the Xbox consoles. And is that these controllers have a wide range of colors available from which you can choose beyond the typical black and white.

Before showing you all the colors, it is necessary that you know that the controls of Xbox One and Xbox Series X or S are backward compatible. The differences between them are slight, mainly summarized in the change in shape of the digital pad (octagonal) and the new more comfortable and grippy triggers. But, as we told you, if we buy a special edition of both the new and the old models we can use it in our Microsoft console.

On the one hand, the catalog of the original controllers of the Xbox One are left with the chromatic range of:

However, the controls for the new Xbox Series X and S They bet on some somewhat more striking versions:

Now that you know the colorful catalog of controllers that the Xbox has, it is time to move on to the special and limited versions.

The first versions we want to talk to you about are the “typical” camo versions, also called camouflage versions. Of this type of design we can find various colors or even special editions of games like Call Of Duty.

The camouflage editions of the Xbox One controllers are as follows: 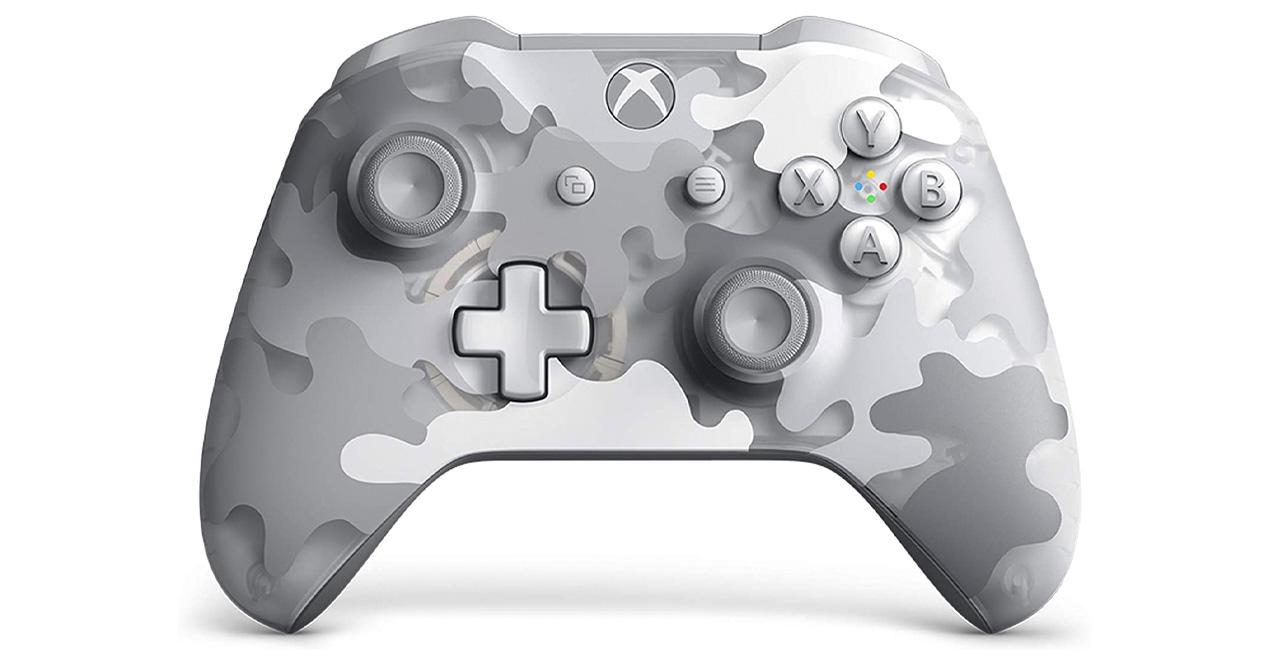 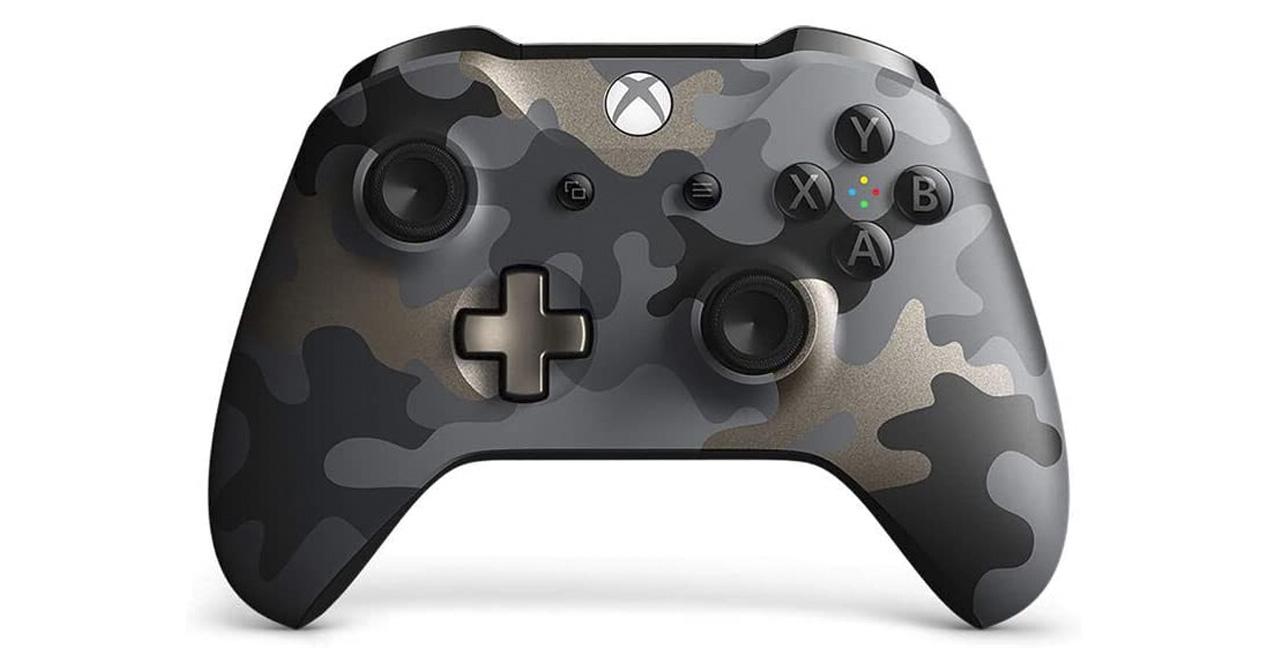 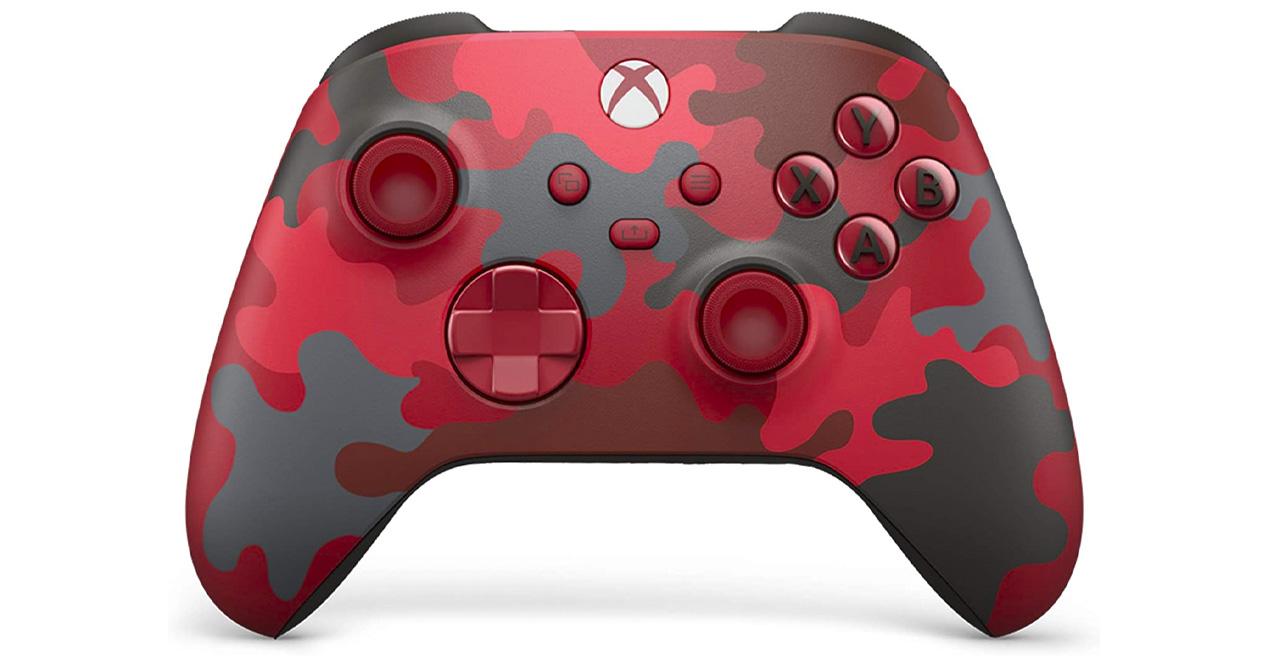 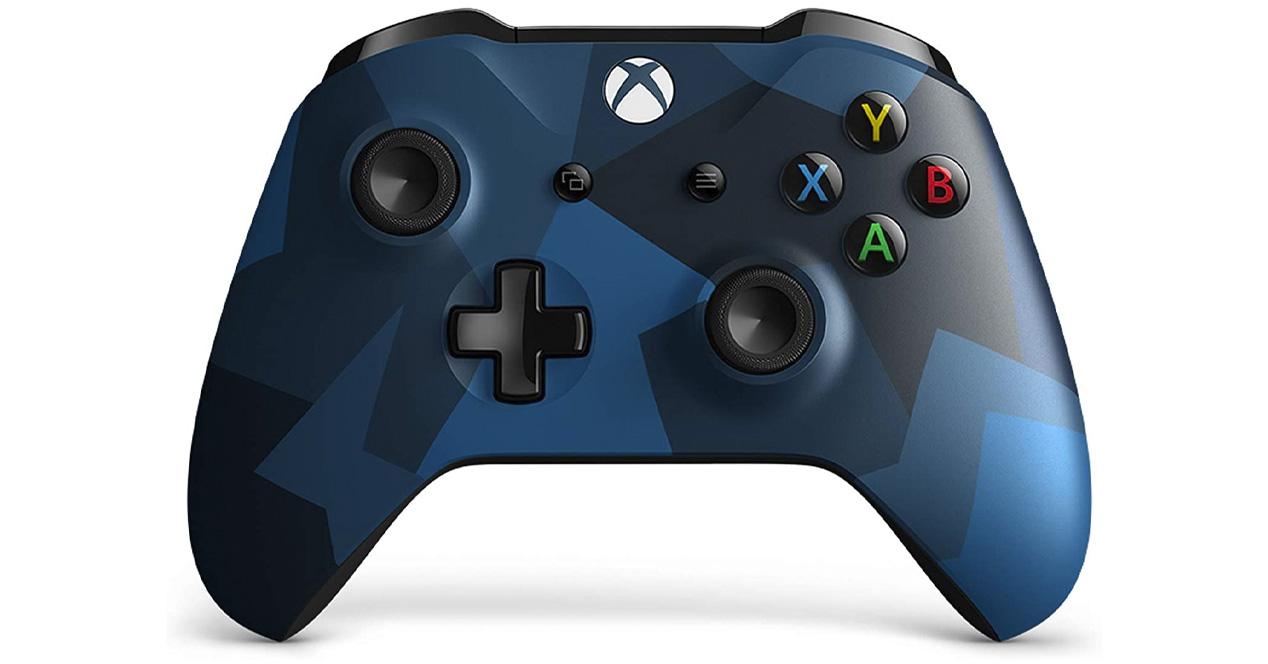 Another very interesting version that, without being camo, looks a lot like the previous ones is this special edition of the Xbox One controller called Midnight Forces II. It is a controller with blue tones that, like camouflage, covers the entire body of this accessory. 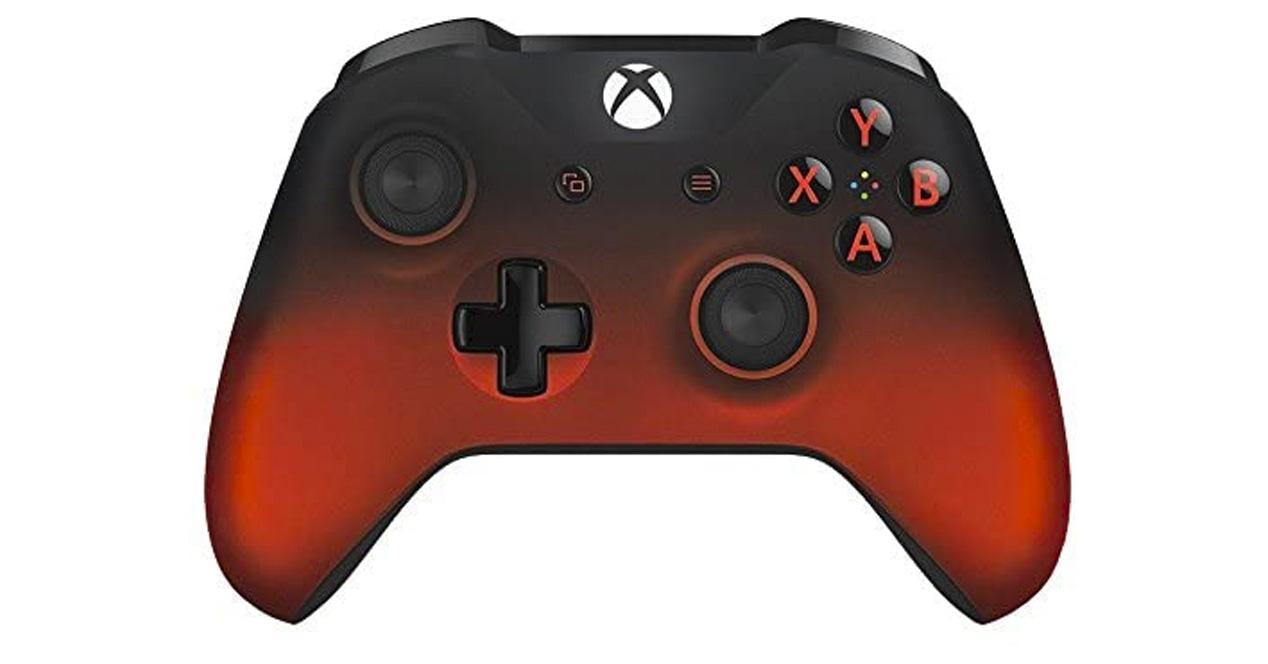 The first of the controllers with this kind of finish is the Chrome Volcano Shadow. This is a controller with a gradient from black to a fairly reddish orange. In this case, it is not the special edition of any specific game, but it could well be a version of God of War for example. 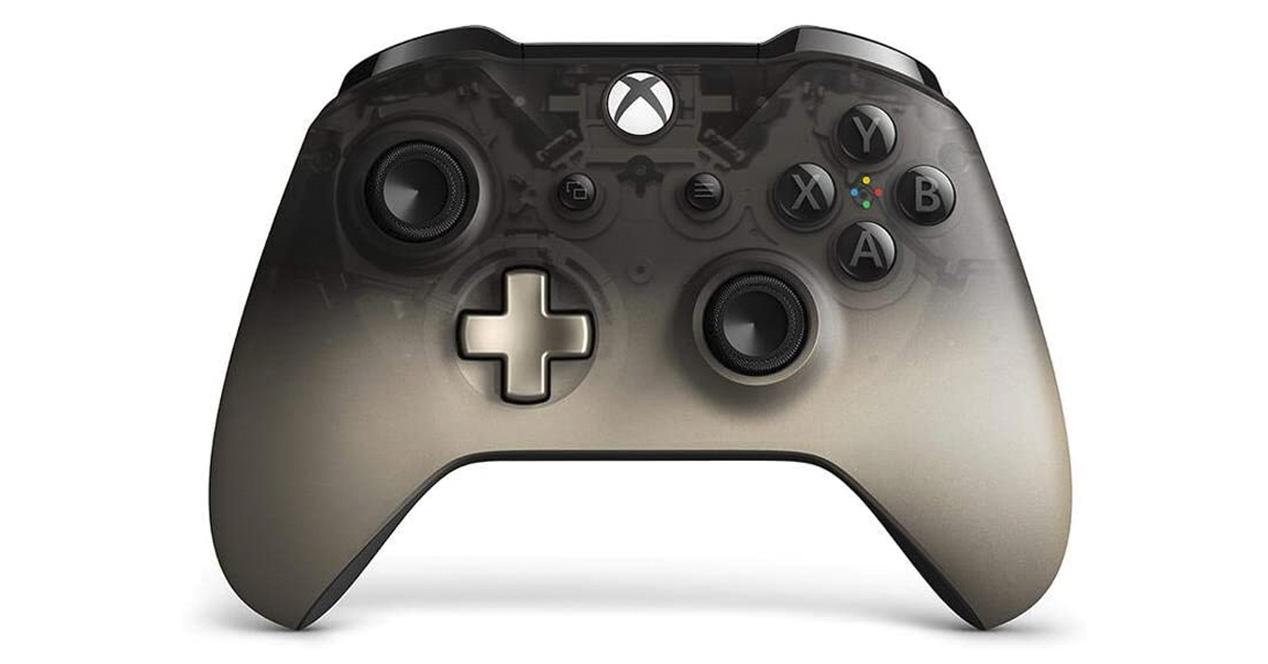 On the other hand we have the Phantom Black, a special edition of the Xbox One. Again, this is a controller with a gradient from black to a grayish tone with touches of gold. An accessory that can remind you of the tones of games like Zelda Breath of the Wild. In addition, something very curious about this model is that we can see part of the internal components in the upper part. 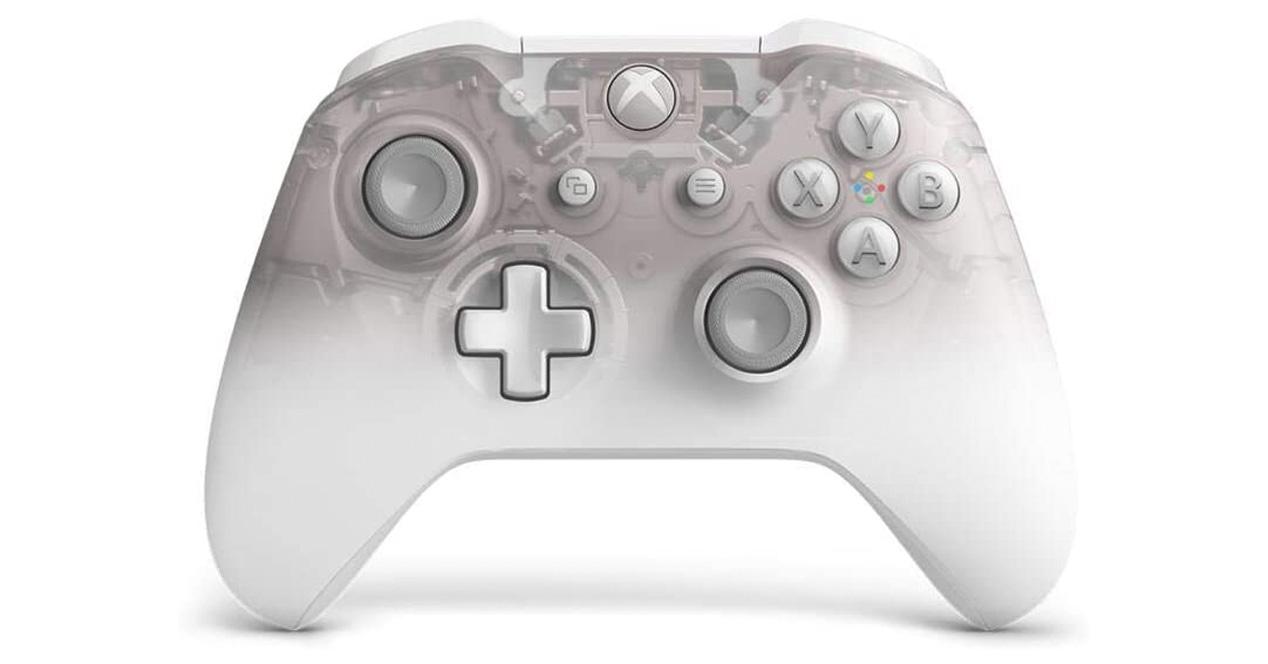 If the previous model was not to your liking, this one may. We are talking about Phantom White, a remote control with a gradient that goes from transparent to matte white that, for those of us who have simpler or minimalist tastes, we will love it. 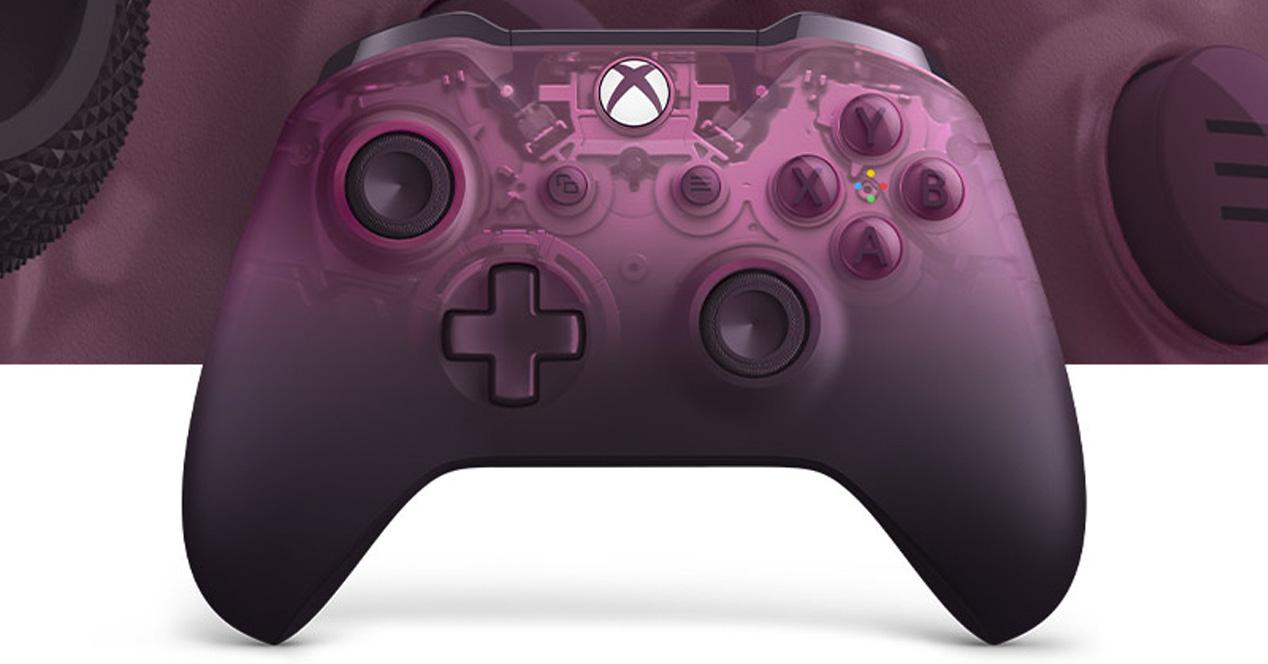 There is also a version of this controller with a gradient in purple and magenta tones for the Xbox One. Of course, get ready because it is the most difficult to acquire. Right now it is valued at about $ 1,699 on the Xbox website itself.

Sport editions of the Xbox controller 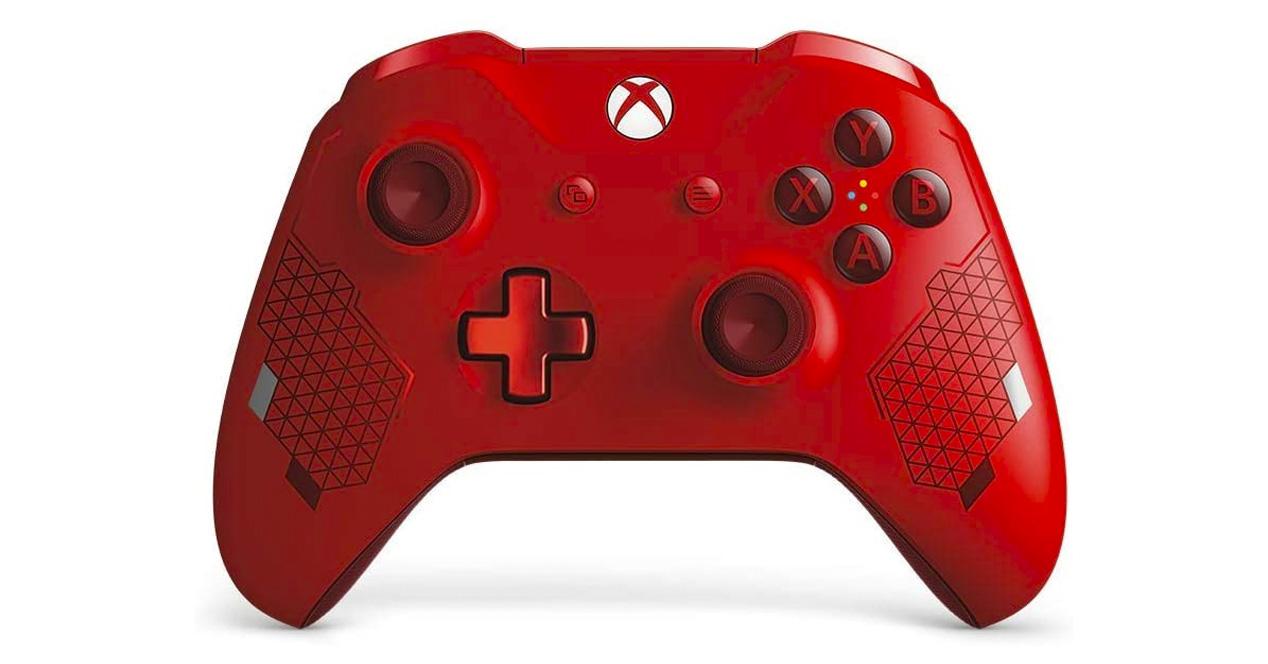 On the other hand we have the sport special editions of the Xbox One controllers. We are looking at controllers with a more “aggressive” aesthetic with textures on the sides and available in 3 different colors: red, green and white.

Limited editions of the Xbox controller 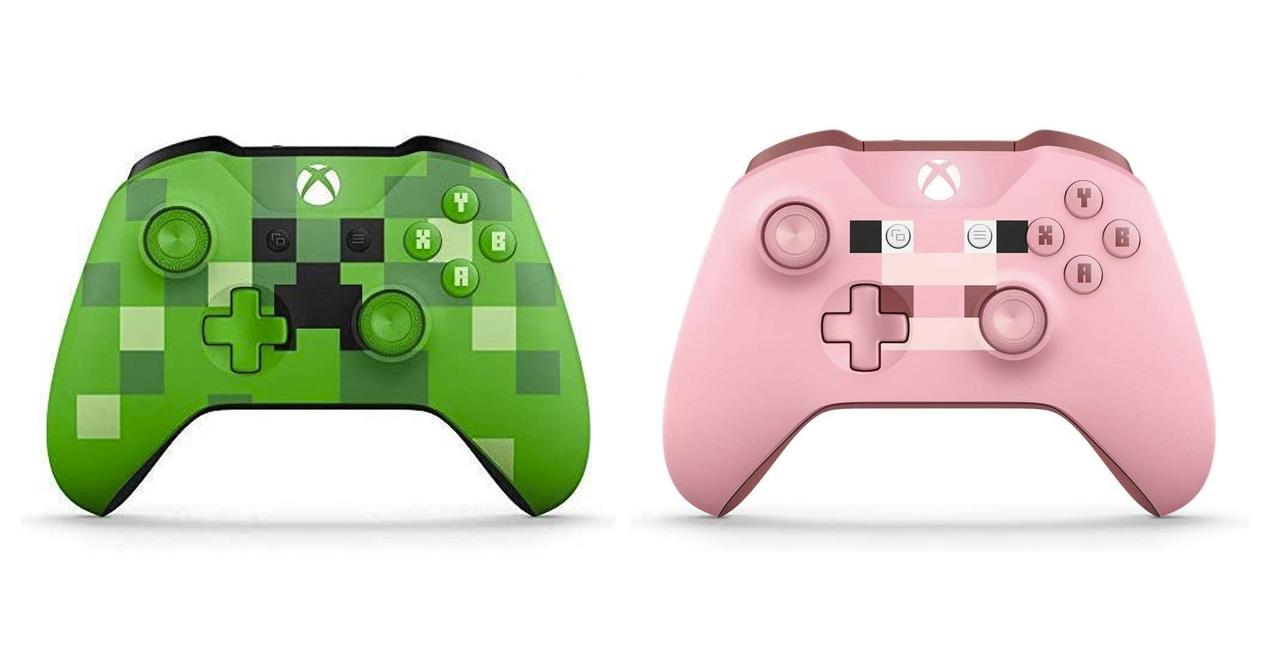 The first of the Xbox controller models that we want to tell you about is the limited version of Minecraft. There are two different models: one with the checkered green aesthetic of a creeper and, on the other hand, the pink version of the pig from the game. 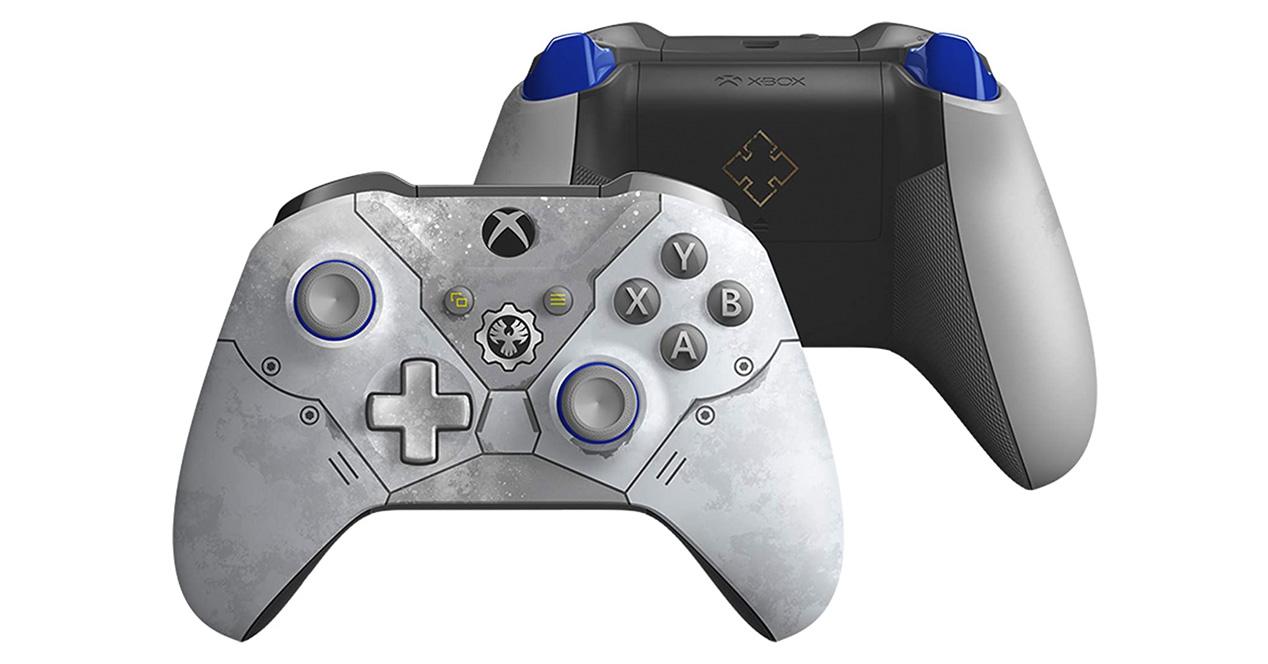 If your thing is the shooting, you have another option of control in limited edition of the game Gears 5. A more futuristic aesthetic as if it were a spaceship, with the game’s shield on the front of the controller. 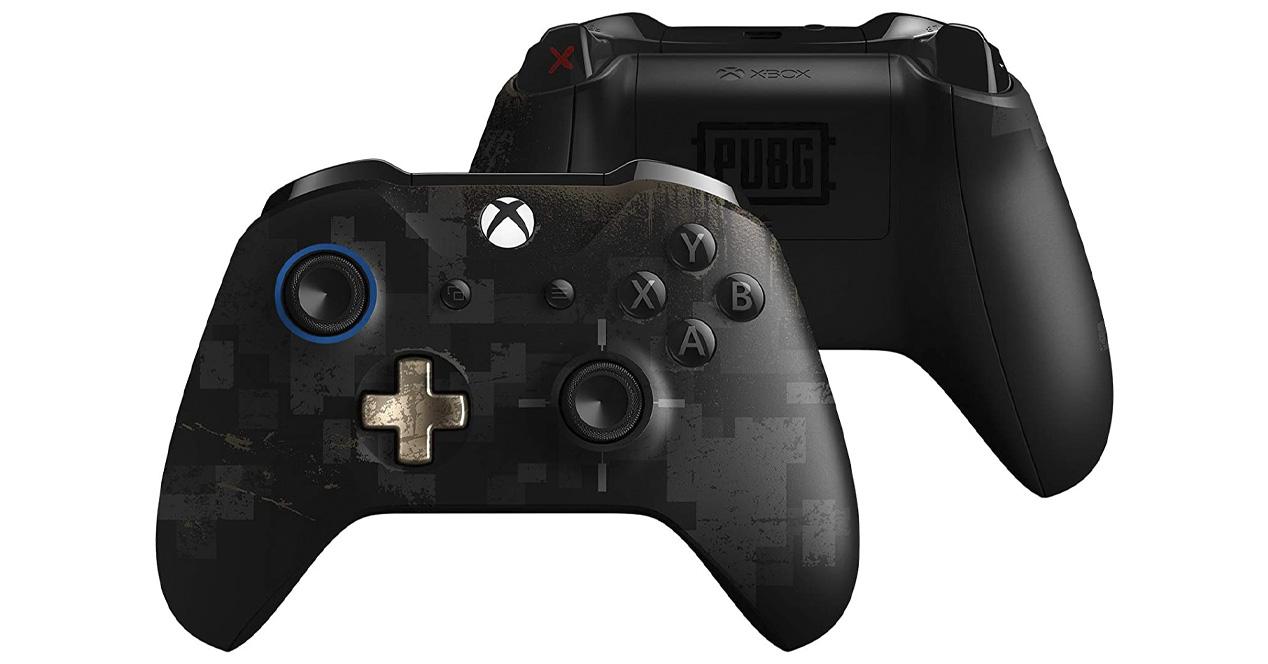 Following the same theme of shooters games, we have an Xbox One controller dedicated to the PUBG. An aesthetic similar to that of a normal black remote control with gray squared patches and, in addition, the crosshead in gold.

The most exclusive Xbox controllers

Lastly, we wanted to make room for those more exclusive versions of Microsoft’s console controllers. 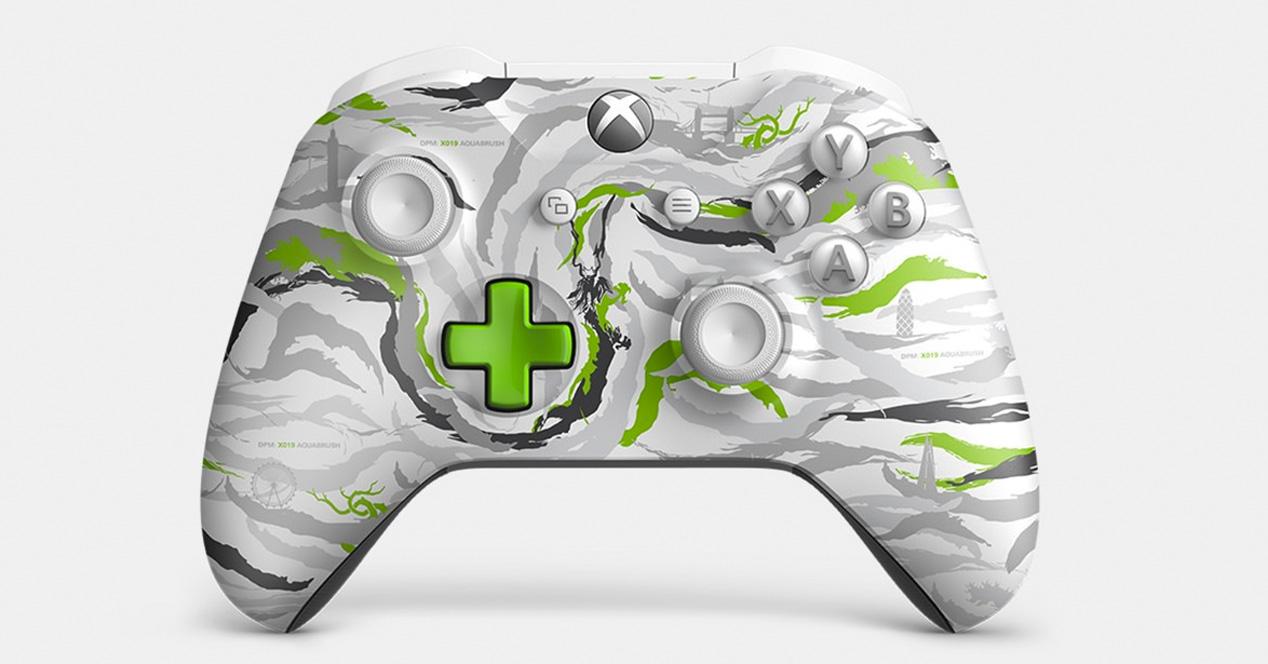 An example of this is the wireless controller Xbox One DPM X019 Exclusive, featuring a camouflage design with different London hallmarks. At this time it is not possible to get hold of it officially. 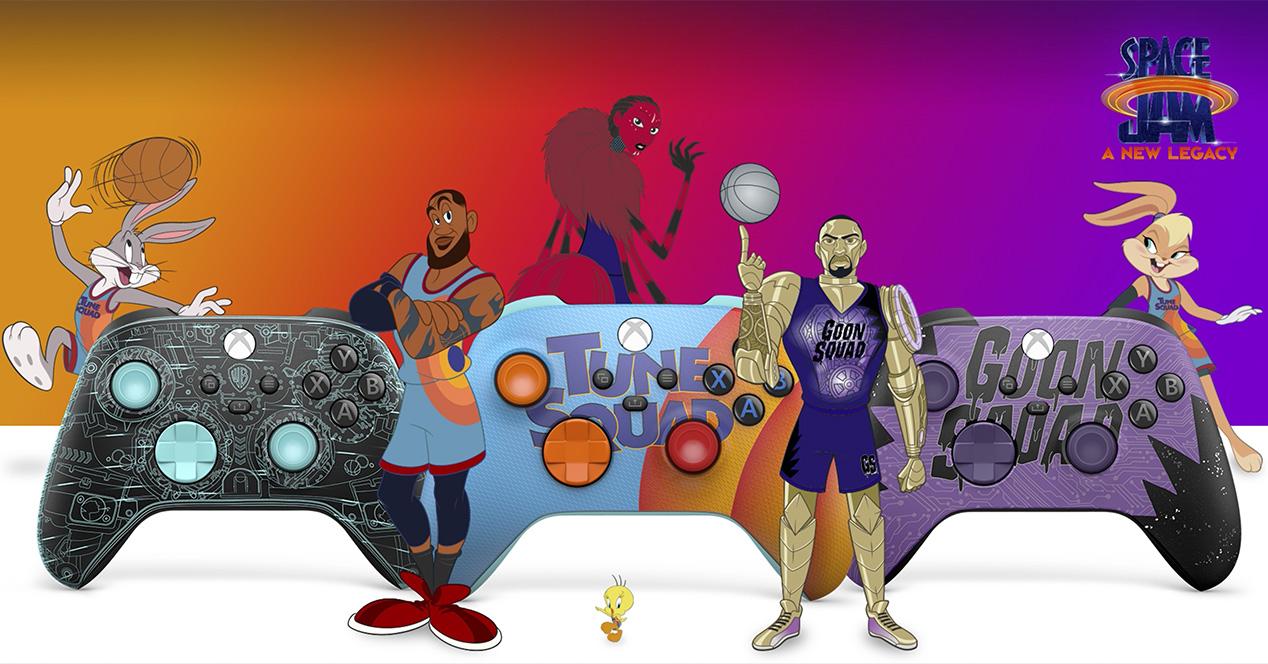 On the other hand, and being yet to reach the market, we find the 3 controls that Microsoft has designed in its version of the new movie of Space jam. In this case there are 3 controllers with different finishes, controls in their version for the Xbox Series S and X, which we can buy from July 7, 2021.

All the links that you can see in this article are part of our agreement with the Amazon Affiliate Program and could bring us a small commission with your sales (without ever influencing the price you pay). Of course, the decision to publish them has been freely made under the editorial criteria of El Output, without attending to suggestions or requests from the brands involved.

Intel releases initial drivers for Arc A770 and A750 graphics cards

devolo WiFi 5 Repeater 1200, a boost for your wireless network