So far this year, Valve has shown that a portable console can be made based on a desktop architecture and that it can work with Linux. There are already devices on the market that are very similar to the Steam Deck and with more powerful hardware. This is the case of the Ayaneo Next. However, while the competition has to forcefully use Windows, the Steam Deck is in the point of view of all for its great Linux-based operating system. Now that a few months have passed, a few Reddit users have managed to compile a version of SteamOS for the Deck that can be installed on any computer.

You can now try the Steam Deck system on any PC

A couple of months ago, specifically at the beginning of March, Valve published the steam deck recovery image. With those files, console users can factory reset their device should they need to. However, the Steam OS subreddit thought of other plans: modify the system so that it can be installed on any standard PC. After a few months of work, they have succeeded. The version is called HoloISO and has some quirks.

An port interesting, but quite green 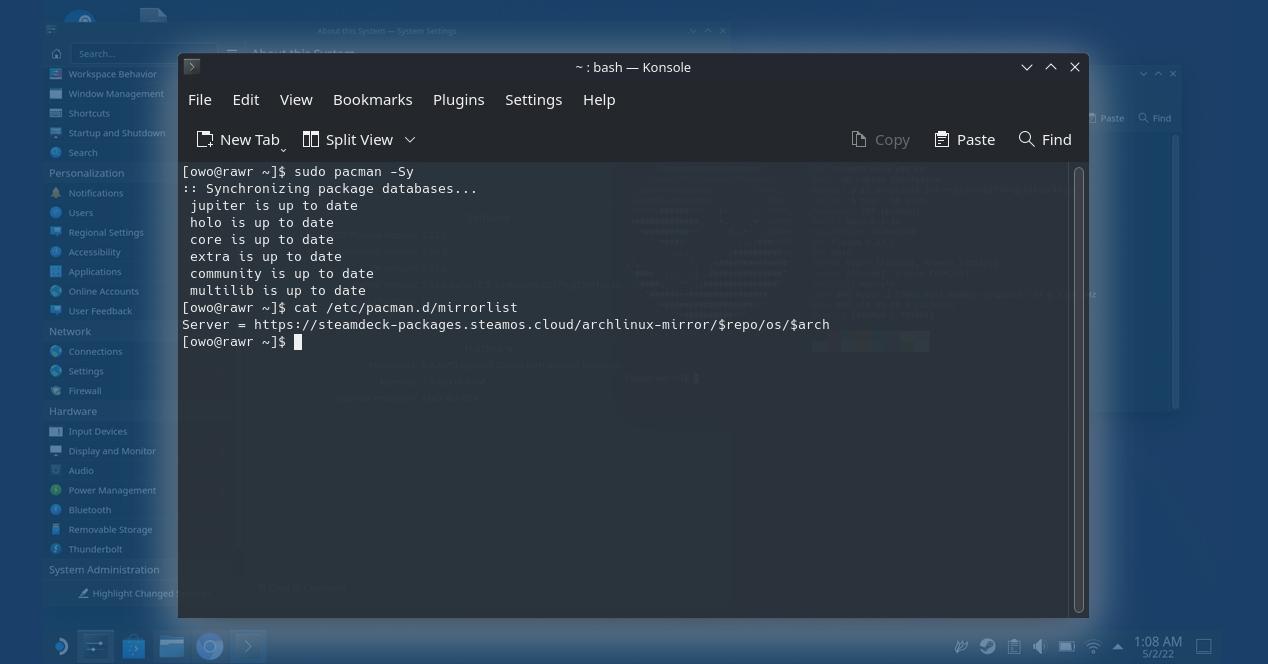 To achieve its goal, HoloISO has had to dodge quite a few problems. For the same reason, we believe that it is a system that today you will only be able to use if you have enough knowledge messing with systems and entering lines of code.

The first big difference between HoloISO and Steam OS are the updates. On the Deck, the system works exactly the same as it does on a console like the PlayStation 5 or Nintendo Switch. The console is divided into two partitions. The update is downloaded to partition B, it is verified and then it is installed on partition A to prevent data from being corrupted or installing unsigned software on the console. In HoloISO they have not been able to replicate that partition system, so it is time update the system by hand. Being an Arch Linux based system, you will need to pass the ‘sudo pacman -Sy’ command from time to time.

Secondly, Steam OS uses a technology called Gamescopewhich only works with AMD GPUs. This is what FSR enables on the entire Steam Deck system, where any game can be scaled from a resolution lower than the native resolution of the screen. Basically, this technology allows you to upscale any old game. YouTuber Phawx has a few demos of this technology on his YouTube channel, upscaling DVD resolution games to 720p.

Therefore, if you don’t have an AMD GPU, you won’t be able to use these features, being completely absurd the idea of ​​installing HoloISO on your computer. In this case, Reddit recommends installing Chimera OS in case you have an Nvidia GPU.

Lastly, HoloISO makes it possible for the Steam system to work on any PC because enable repos Arch Holo and Jupiter, which are exclusive to the official Valve system. However, we do not know if Valve has the capacity to cut the tap of this route in case they see it necessary. 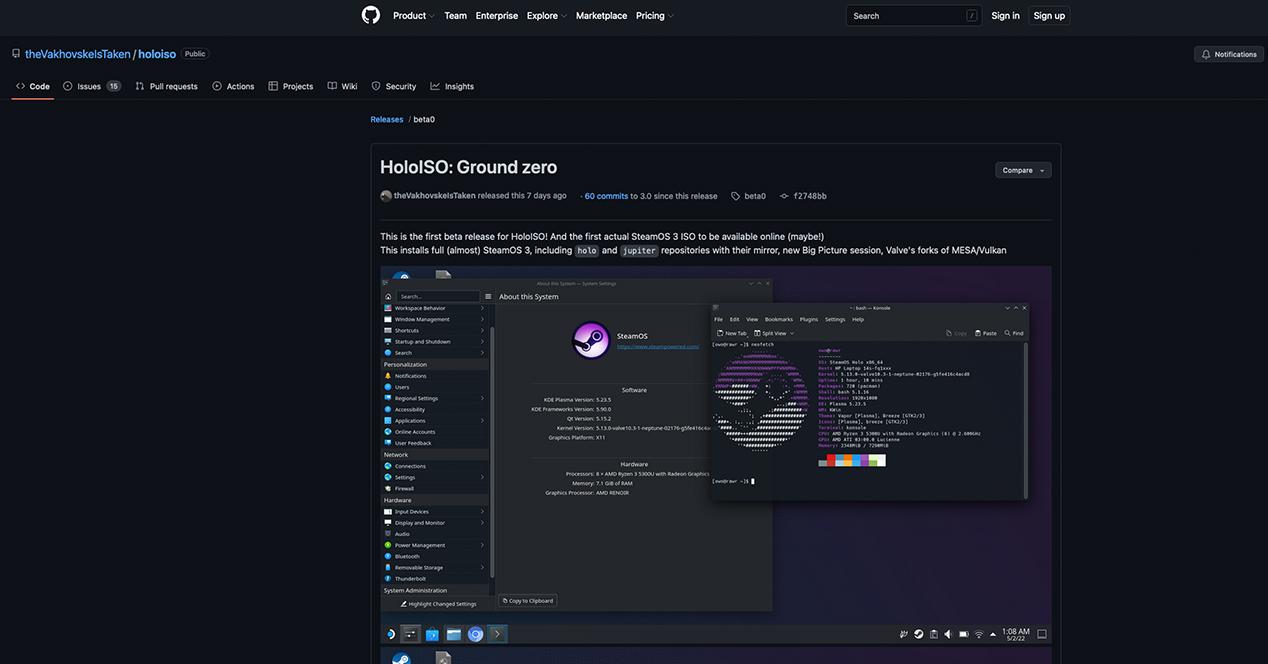 If you want to try this new system, the necessary files are available on GitHub. The current version is called HoloISO: Ground Zero.

This is what Sagittarius A* looks like, the black hole at the center of our galaxy

We already have a date and time for the presentation of Call of Duty Vanguard!