Steam, Valve’s digital gaming platform, has recently released a new feature called Steam Replaywhich provides a graphical summary of user activity during the year 2022 (and we assume it will be renewed annually).

It doesn’t take a genius to guess that Steam Replay allows you to get data on the titles that have been played the longest during the year 2022 (from January 1 to December 14). In addition to that, it also shows other statistics such as the number of games played in the mentioned period, the platforms used and the proportion of time in which the controller or keyboard and mouse have been used. In my case, the platforms are missing possibly because I only use a Linux desktop to play games and 19% of keyboard and mouse usage is almost entirely derived from playing Half-Life, Half-Life 2 and both. episodes of the latter.

Other data displayed through Steam Replay is the number of days played consecutively, the number of achievements unlocked and the distribution of the games depending on the release period, which have been divided into “New releases”, which correspond to the titles marketed in 2022; “Recent Favorites”, which covers those published in the last seven years; in addition to “Classic Games”, which are those that were marketed eight years ago or more. 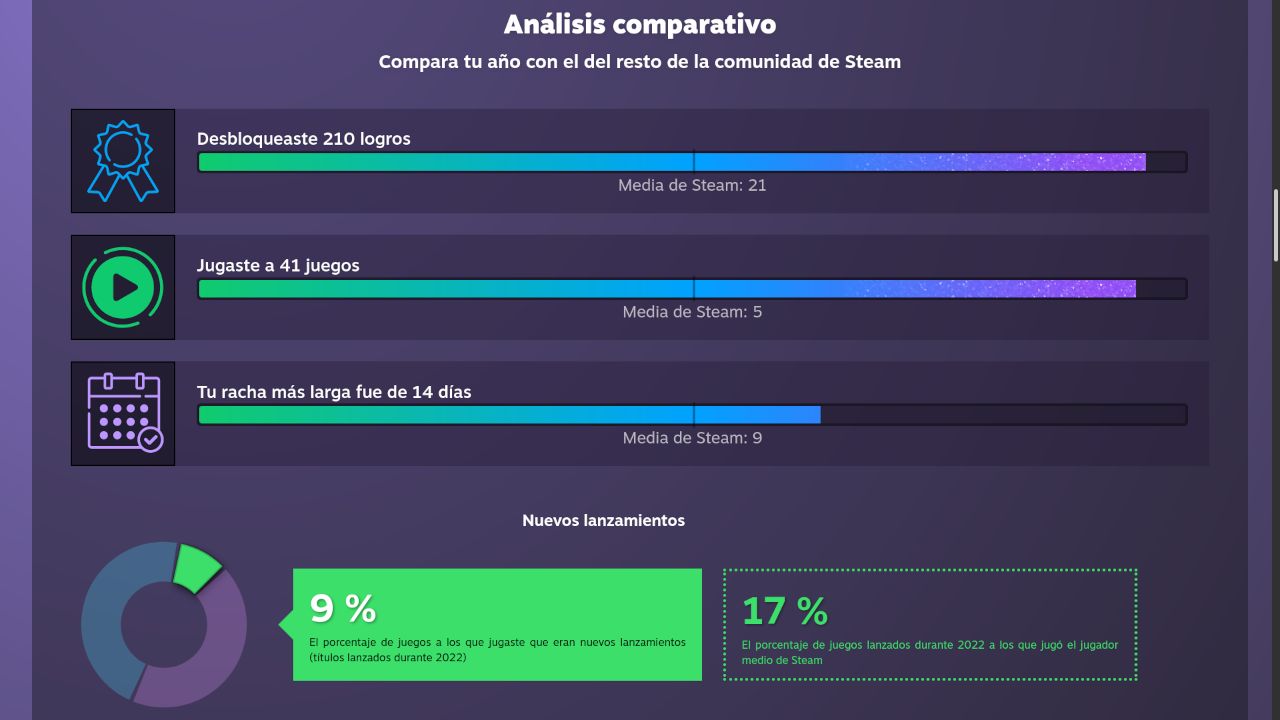 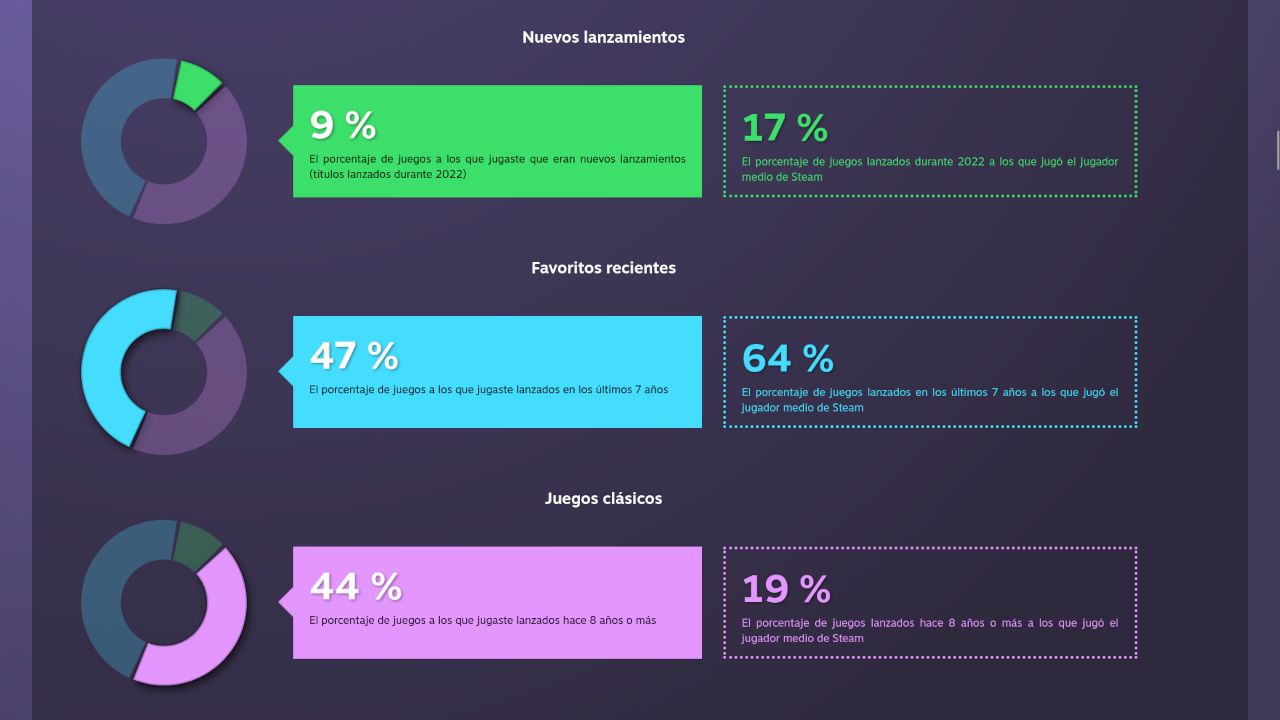 Genres are another broken down section. Racing games aren’t my forte, although this year I’ve played the first DiRT Rally and Horizon Chase Turbo quite a bit. The former was quite amusing as long as I could handle the challenge it presents, while the latter is an arcade inspired by OutRun and Top Gear highly recommended, especially if one wants to have fun without complications. 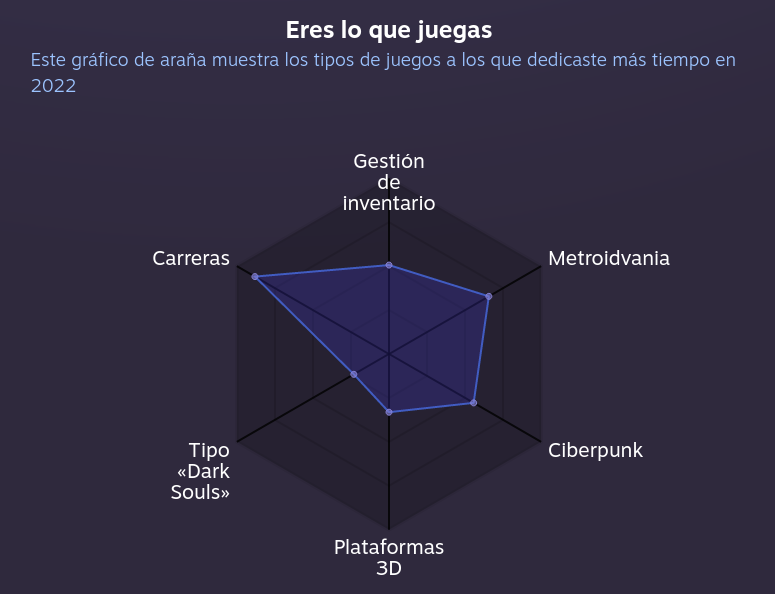 Another graph worth noting is the proportion of time spent on each game per monththough it’s important to note that what’s displayed here is the percentage compared to other titles the user has in their Steam library, not the number of hours. 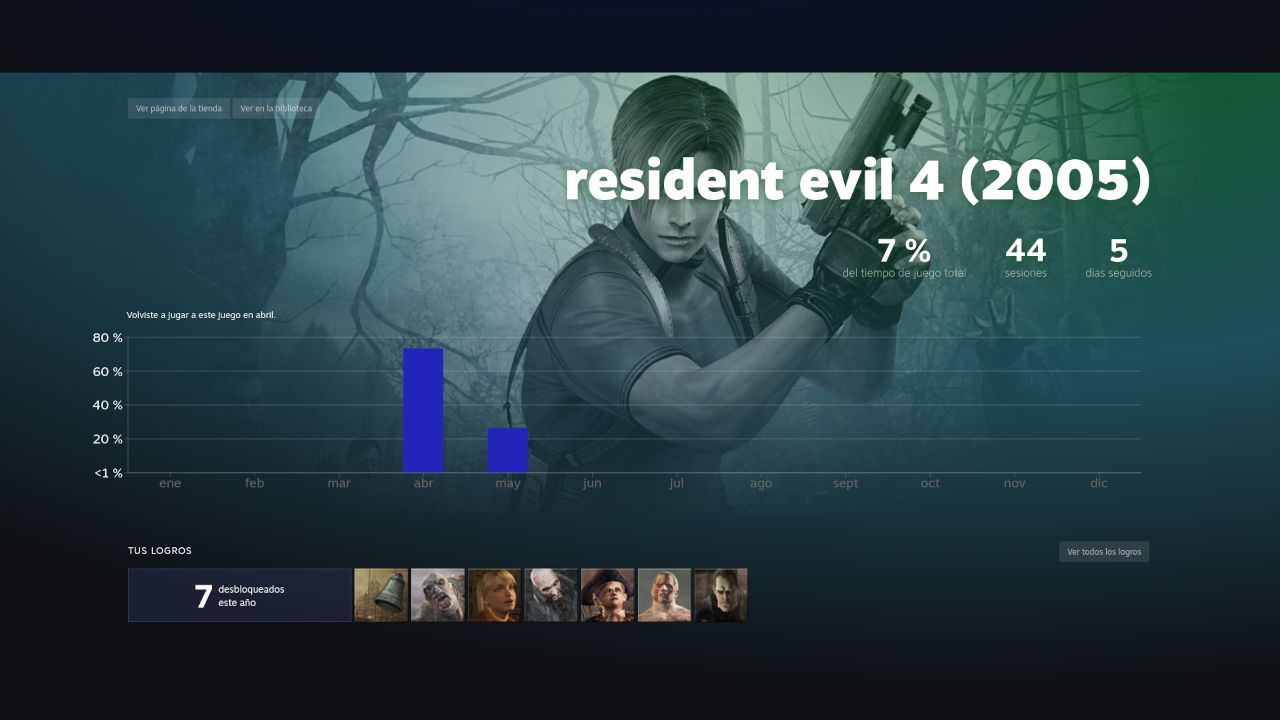 And here are some of the most interesting things that one can see in Steam Replay. Obviously, each user of the platform will have their own graphs and data generated depending on the purchases, the number of hours played and their personal preferences. We take this opportunity to remember the Steam Winter Sales and we leave you with the presentation video published on the official Steam channel on YouTube, which is made in a clear tone of humor. 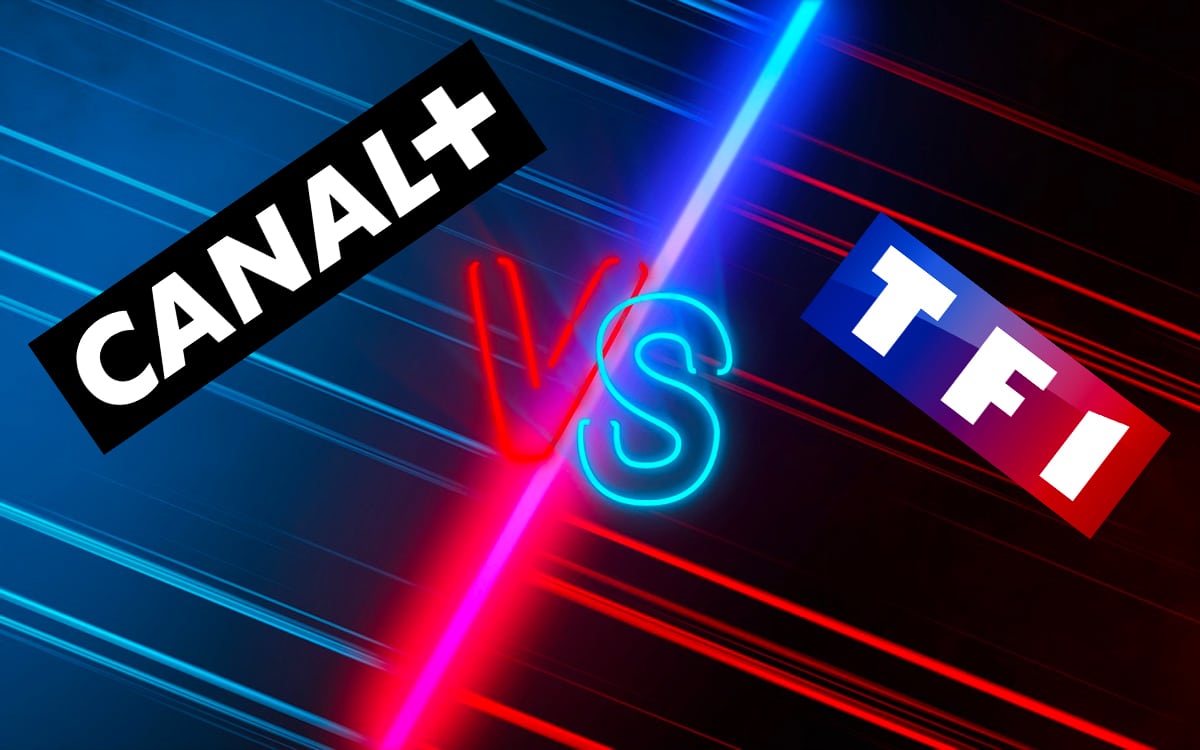 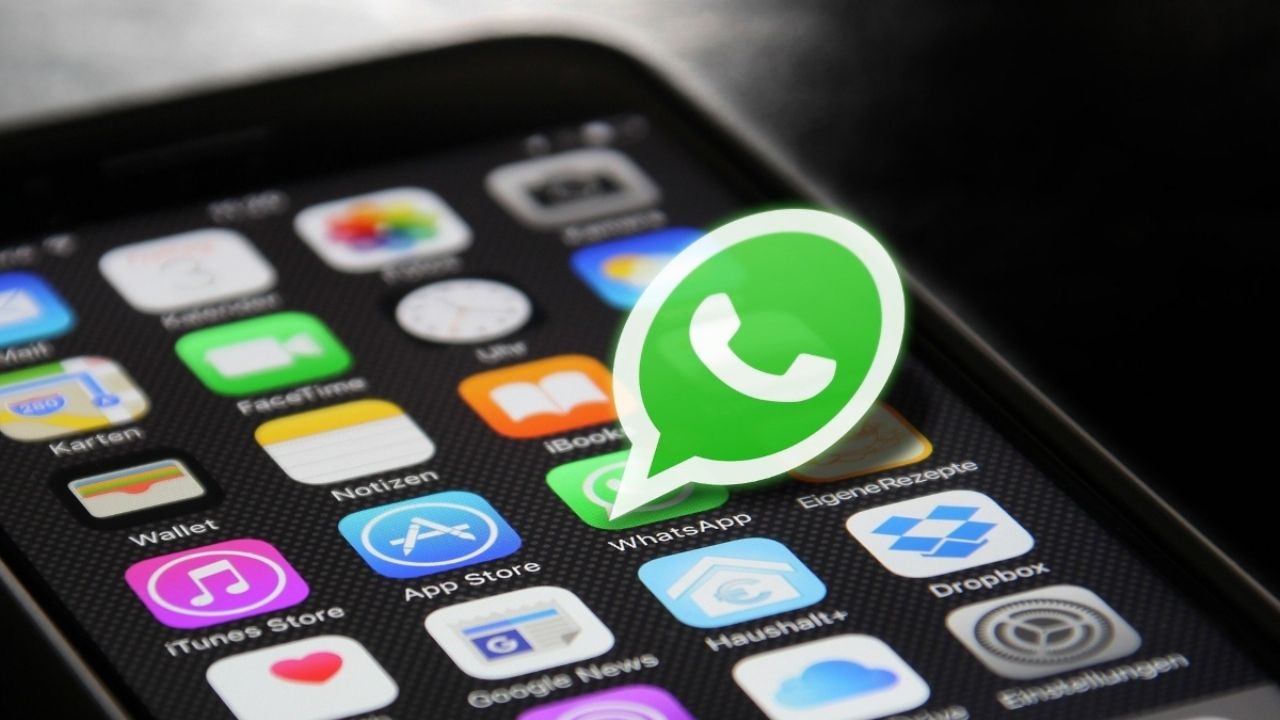 WhatsApp: Complete list of phones that will be without service from November 1 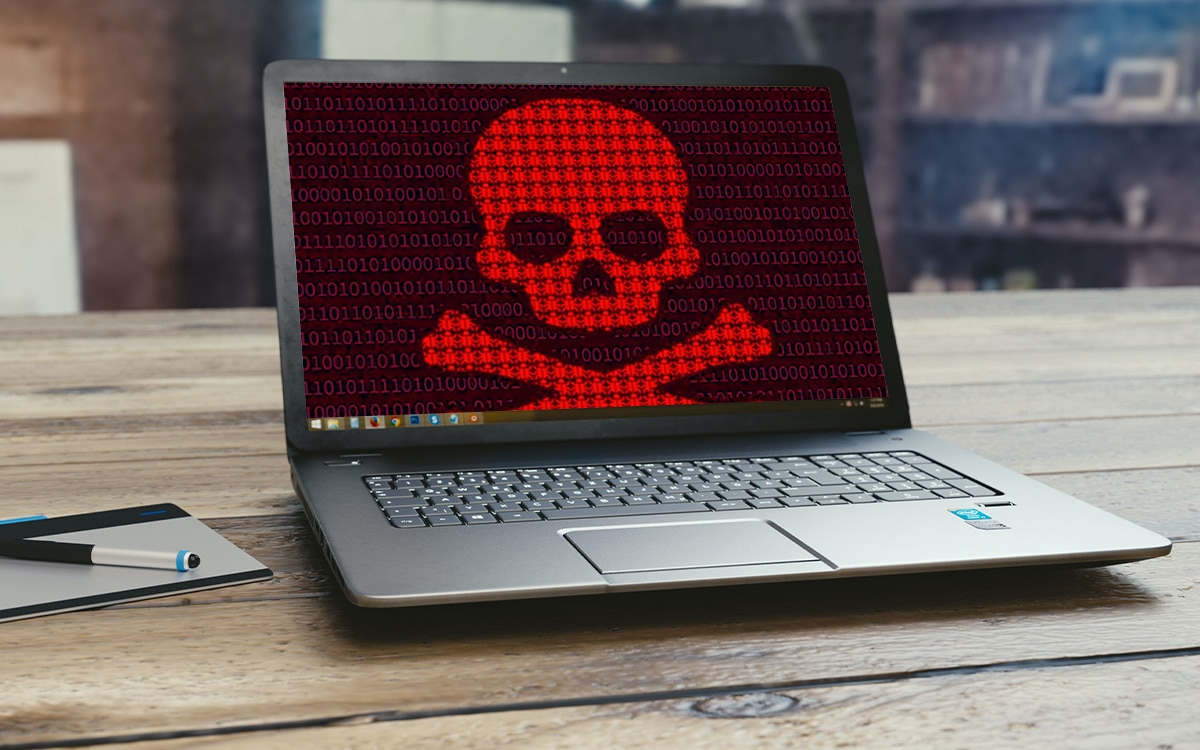