It seems like yesterday when in November 2001 we saw the launch of the first desktop game console launched by Microsft. Since then there have been several models that have succeeded this device to provide hours and hours of distraction to the lovers Green X.

Although it is likely that, if you are reading this article, you know what the launch path of these consoles has been, it is not bad to remember the complete list (in order) of the entire family:

Within each of these names there are different sub-models such as the Xbox 360 Slim and Elite, or for example the Xbox One S or X. From each of them a large number of units have been developed that, with the arrival of events Specials, games outings and other reasons led to the creation of certain special models.

Now that we have remembered a little about the history of Microsoft consoles, it is time to remember those most exclusive models of each launch. We start with the special editions of the original Xbox, the first to present exclusive options although there were not too many. 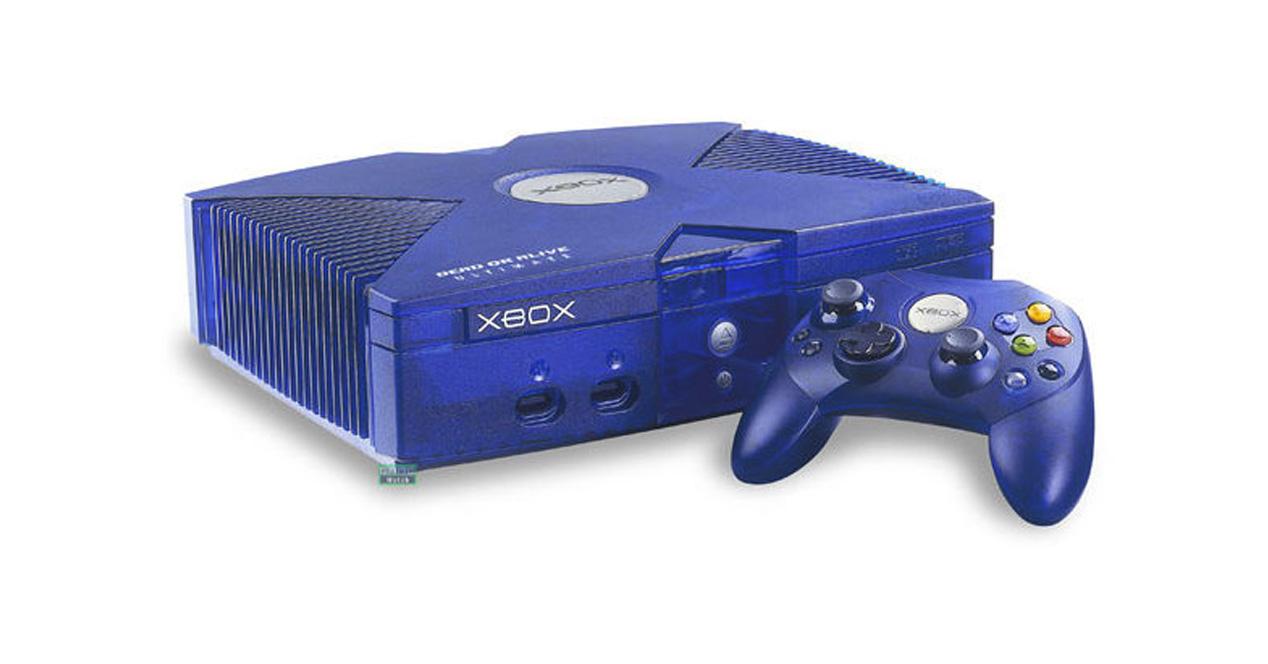 As we were saying, the first model that came with a special version of this console was the Xbox Kasumi-Chan Blue Edition. This hit the market in 2004 to commemorate the launch of the game “Dead or Alive Ultimete”, which was a hit at the time. Of course, it is an exclusive version since only 5,000 units of it were manufactured and, in addition, they were only sold in Japan.

The aesthetic, as you can see in the photo, is blue instead of the classic black model and, in addition, it is semi transparent so you could see (more or less) the components through it.

There is also a even more exclusive model in green color signed by his own Bill gates, hence its absolute exclusivity. This went up for auction a few years ago for a starting price of 5,000 euros.

Moving on to another model of this console, now is the time to talk about the special and limited versions of the Xbox 360. This is where, at last, these types of editions for video game lovers gained traction. 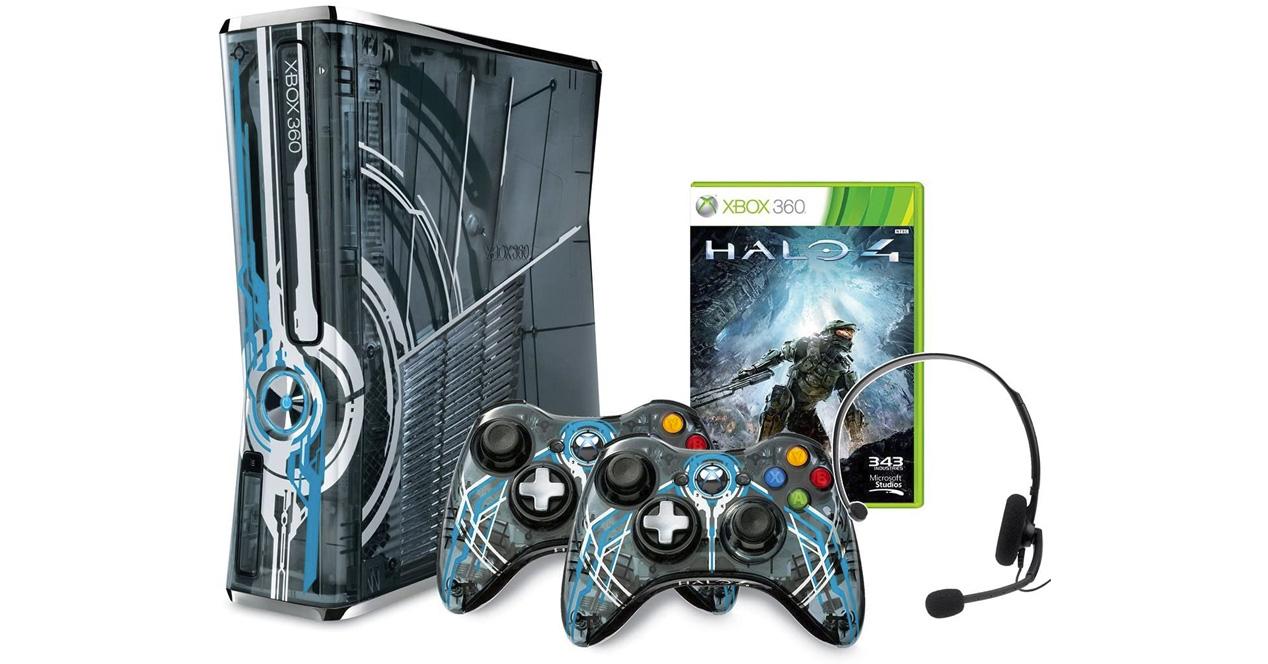 As you may already know, if you are a video game lover, the Halo saga is one of the most popular and brought with it, in addition to many hours of entertainment, a couple of special versions of the Xbox 360. Specifically, this one that you are seeing in the image is the one dedicated to Halo 4, but there is also another model for the Halo 3. Both came with the console, a pair of custom controllers and a copy of the physical game. 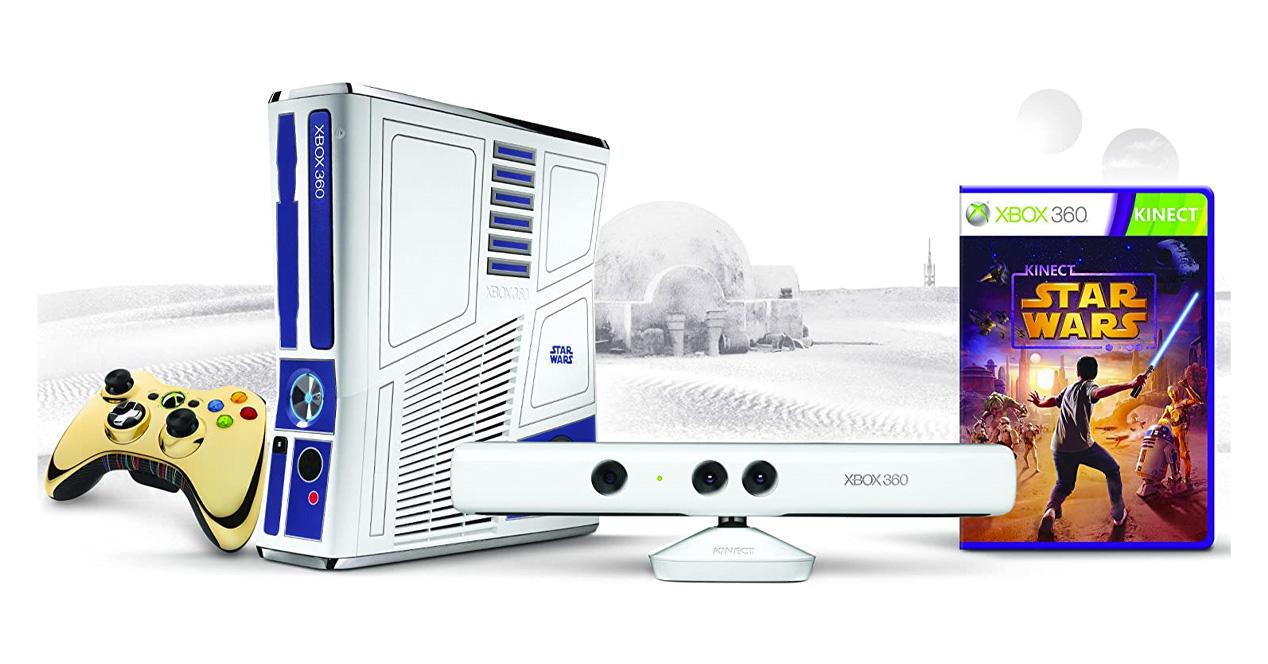 The followers of Star wars they really enjoyed this special version of the Xbox 360 that came with the launch of Star Wars Kinect. This edition included a console with the design reminiscent of R2D2, a gold controller to commemorate C3PO, the Xbox 360 Kinect and a copy of the game itself. 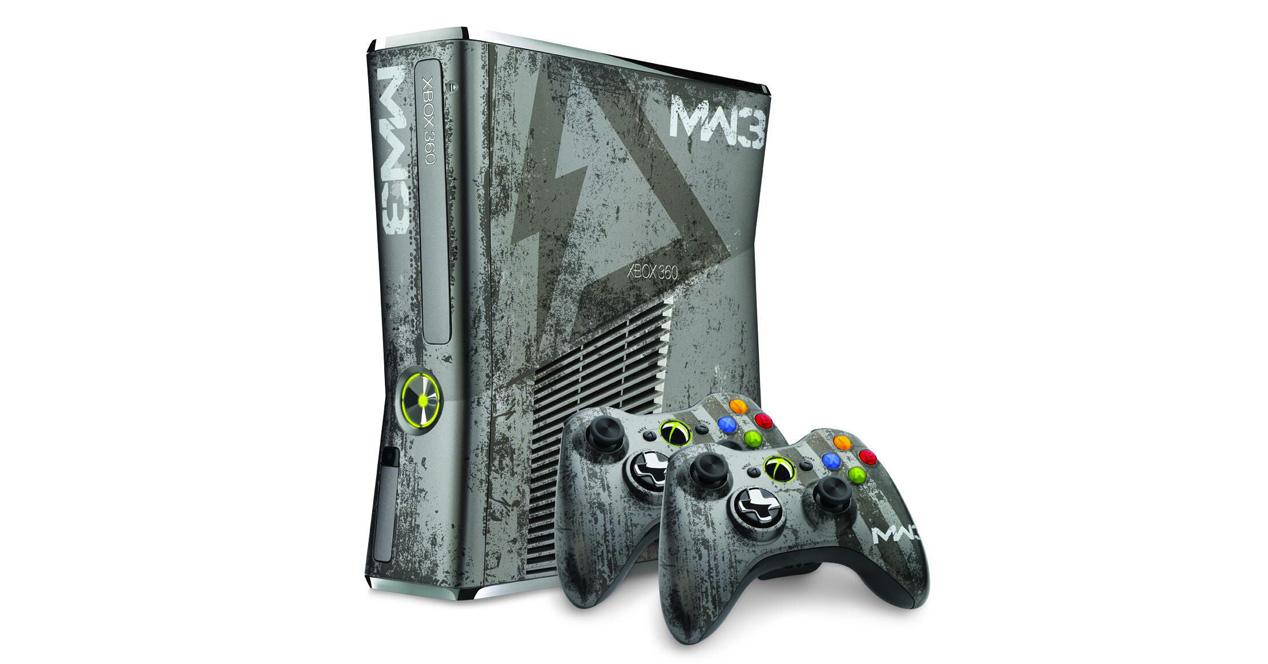 And of course, following in the wake of the popular sagas, Microsoft could not forget one like Call Of Duty. Specifically, this special edition is based on the CoD Modern Warfare 3, with a design for control and game console as if it were a worn metal device. This one also came with a physical copy of the game. 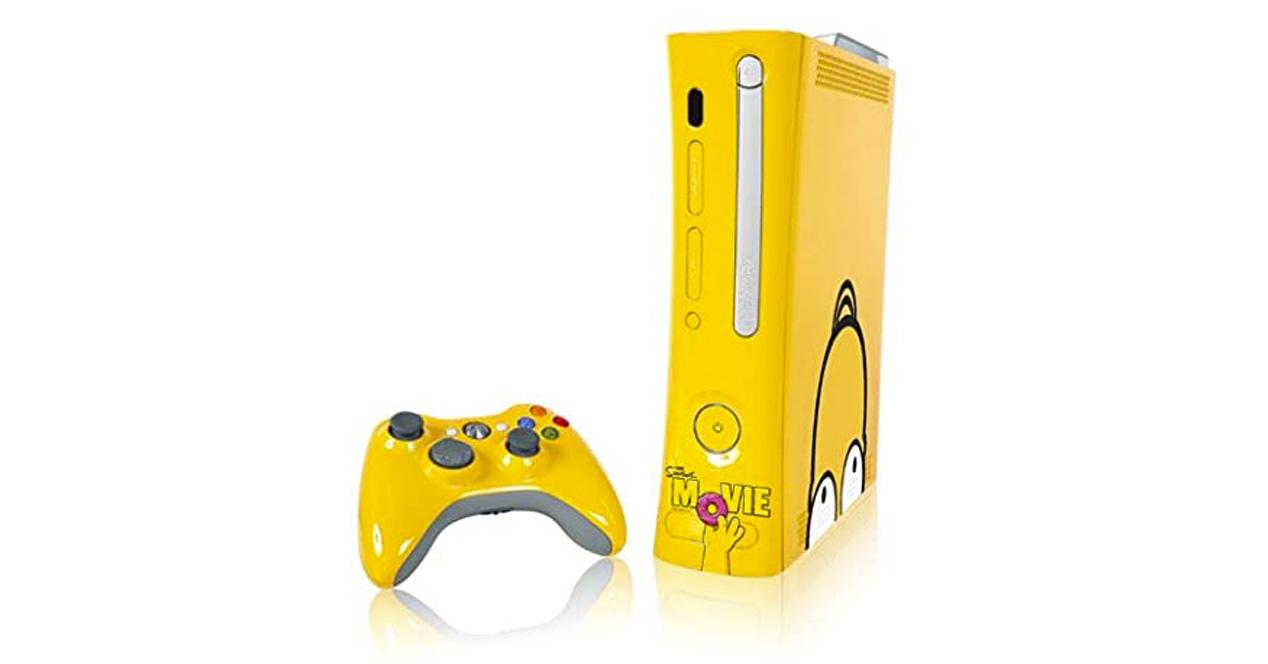 The limited editions of this console were not only limited to games. And it is that, to celebrate the premiere of the film of the Simpson In 2007, Microsoft developed in collaboration with Colorware 100 exclusive Xbox 360 units dedicated to this film. 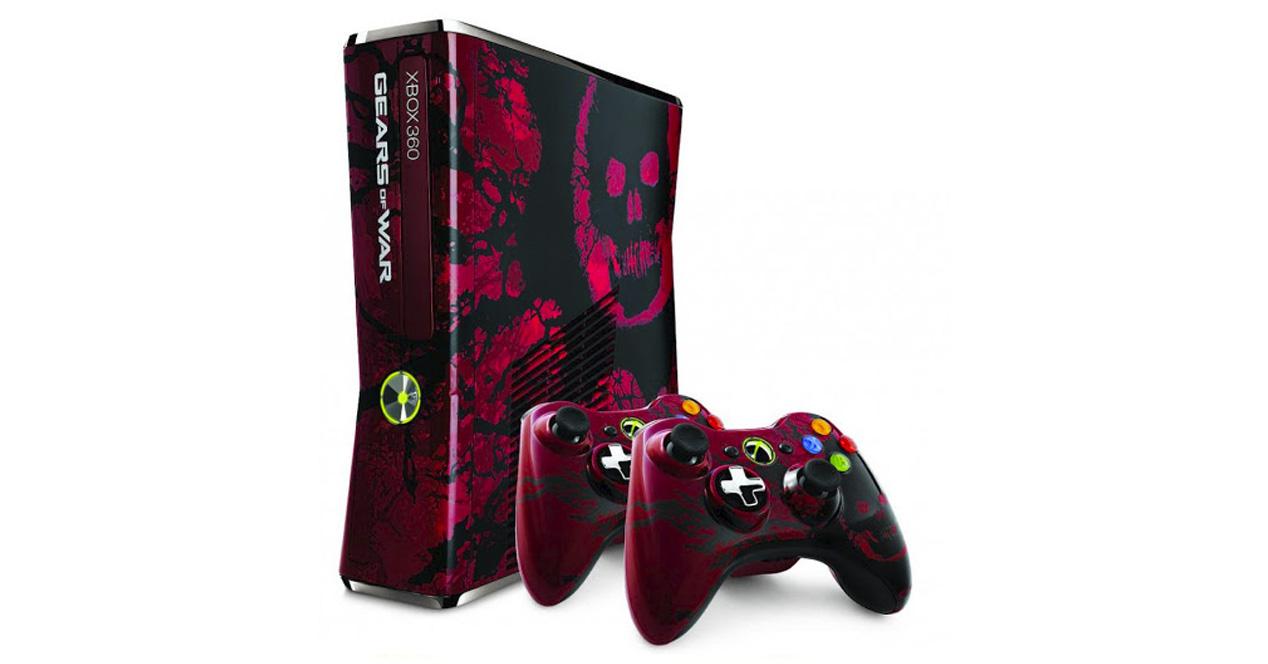 Another collaboration of this company to create a special edition of the Xbox 360 was the agreement with Epic Games. The result of this union? A version dedicated to the video game Gears of war. As used to happen with the rest of the special versions of the time, this one arrived with a characteristic aesthetic on the body of the console and its controls, as well as a physical copy of the game. 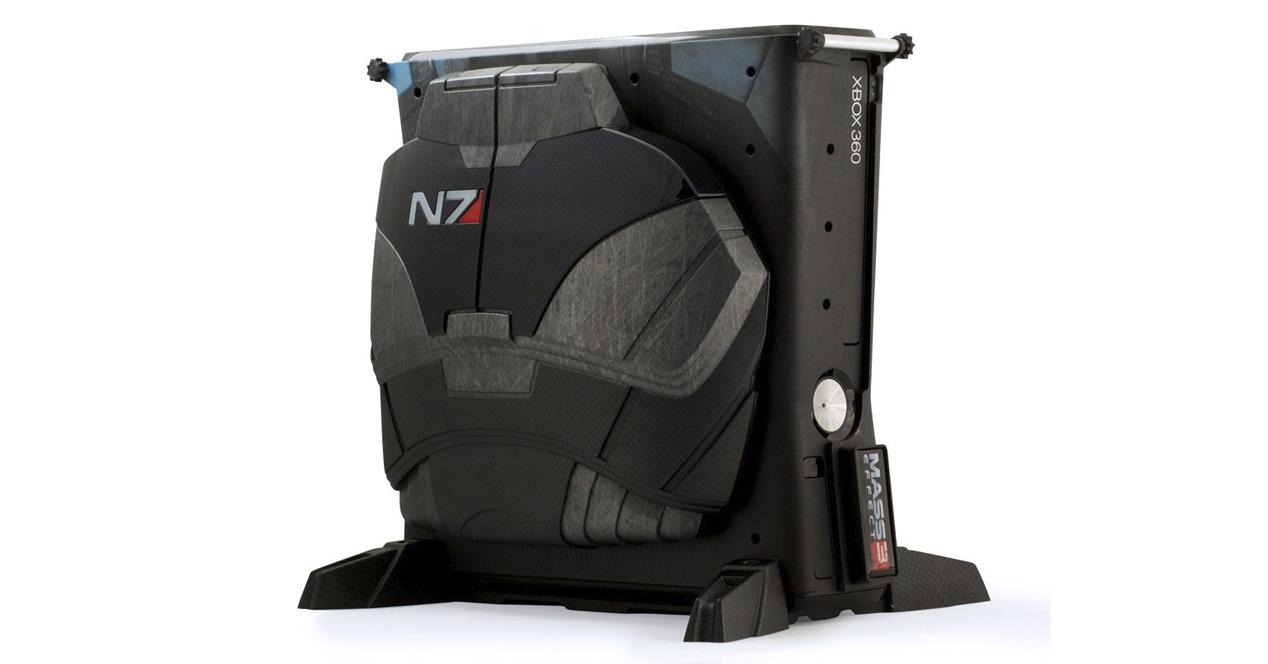 Finally, within the compilation of the most special consoles of the Xbox 360, we find this one dedicated to the title of Mass effect. An edition whose physique changed its aesthetics a lot and made it quite striking for the public.

Moving a little further in time, now is the time to show you the most striking special versions of the Xbox One.

Xbox One Call of Duty Edition 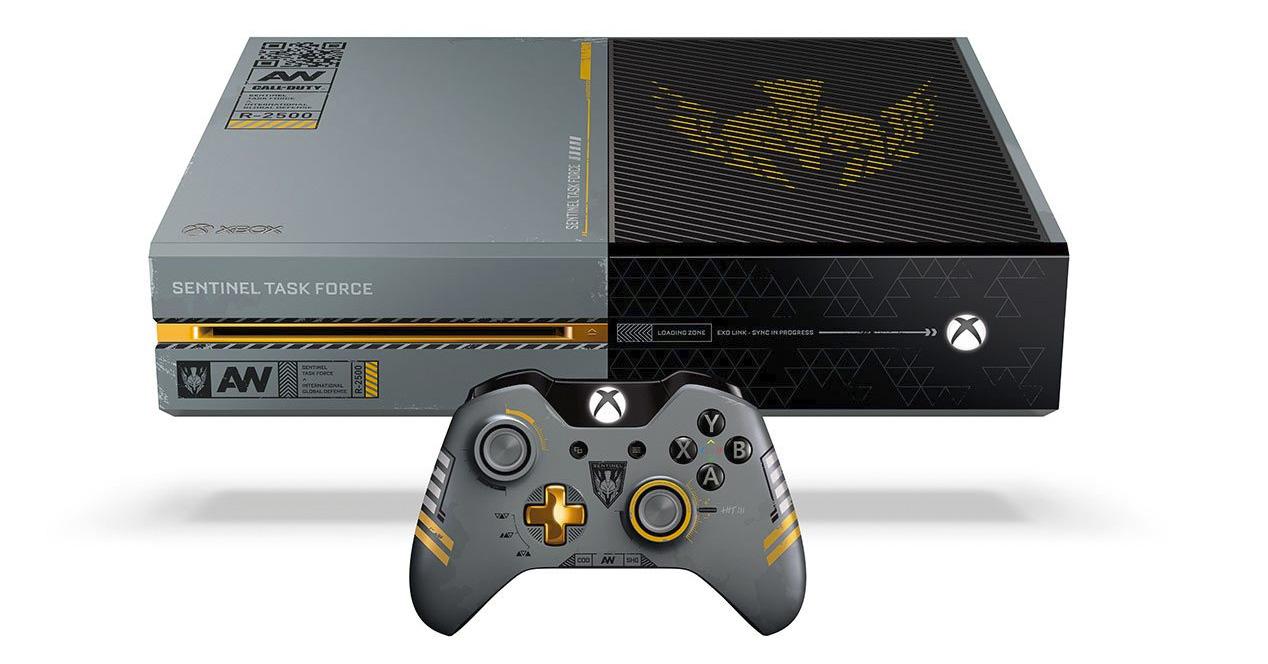 As we mentioned before with the same game, in this case, Microsoft repeated with another special version in collaboration with Activision. This is the edition dedicated to Call of Duty Advanced Warfare for Xbox One, a console that modified the aesthetics of the console and controls, the 1 TB model being the one that was available and including a copy of the game itself in the pack. 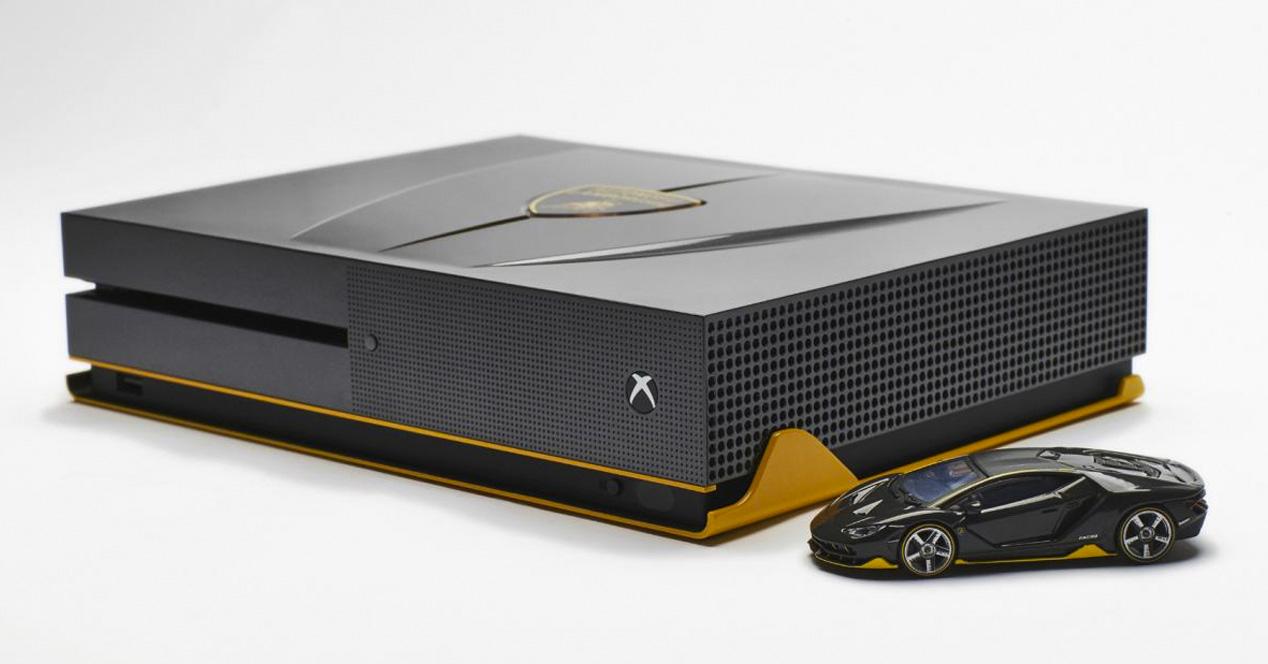 Motor lovers’ eyes lit up with this special edition Xbox One S that was released for the centennial of the sports car brand Lamborghini. This is a fairly limited version that was only marketed in Australia, so it made users from all over the world bite their nails and pay the odd extra cost to get it to their homes. 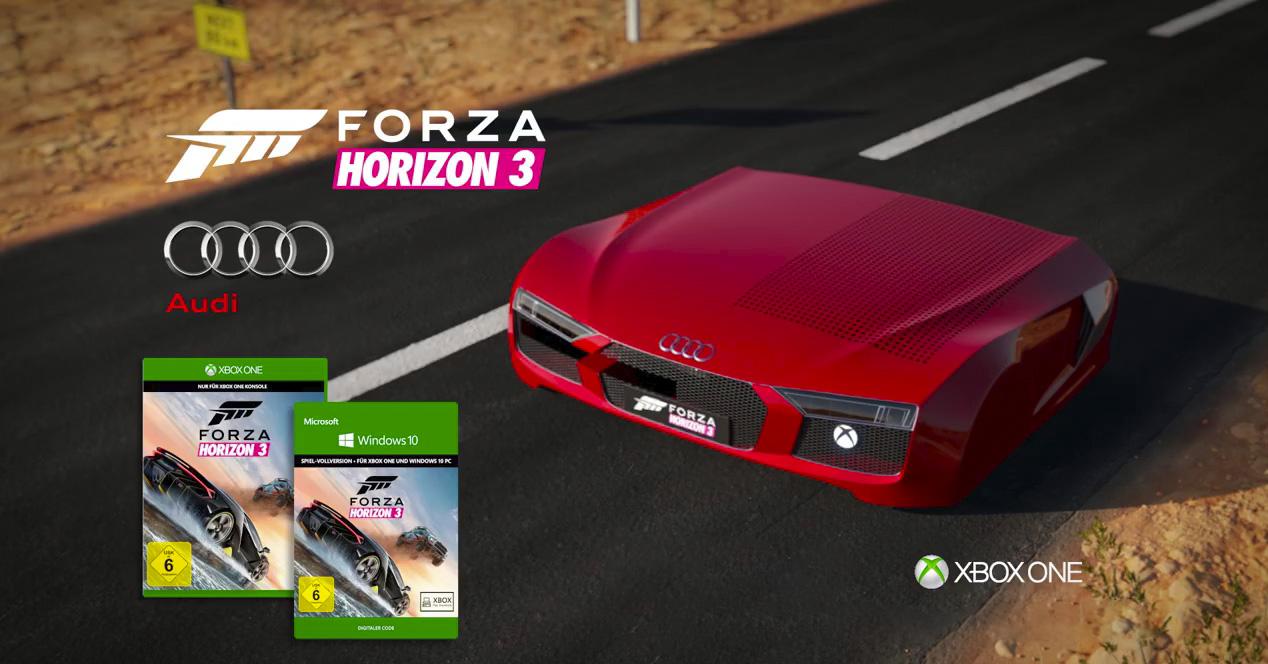 And the same thing happened, in this case because of a game, with the special version dedicated to Forza Horizon 3 in 2016. In this case, Xbox Germany held a raffle for a 500 GB Xbox One and a modified aesthetic that they christened as Xbox One S Audi R8. 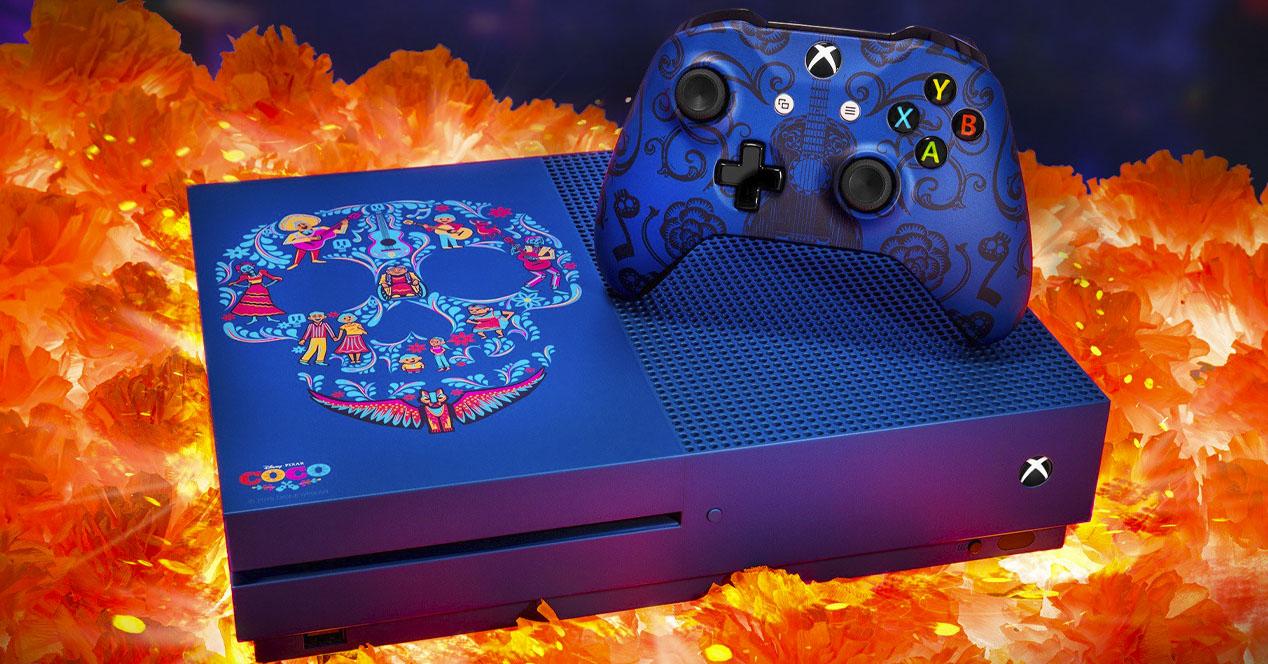 Repeating the dynamic we saw with one of the versions of the Xbox 360, this was a special edition of the Xbox One S which was designed to commemorate the Coco movie release on Blu-Ray. An agreement between Microsoft and Sony that developed only 5 units that were raffled in the United States. 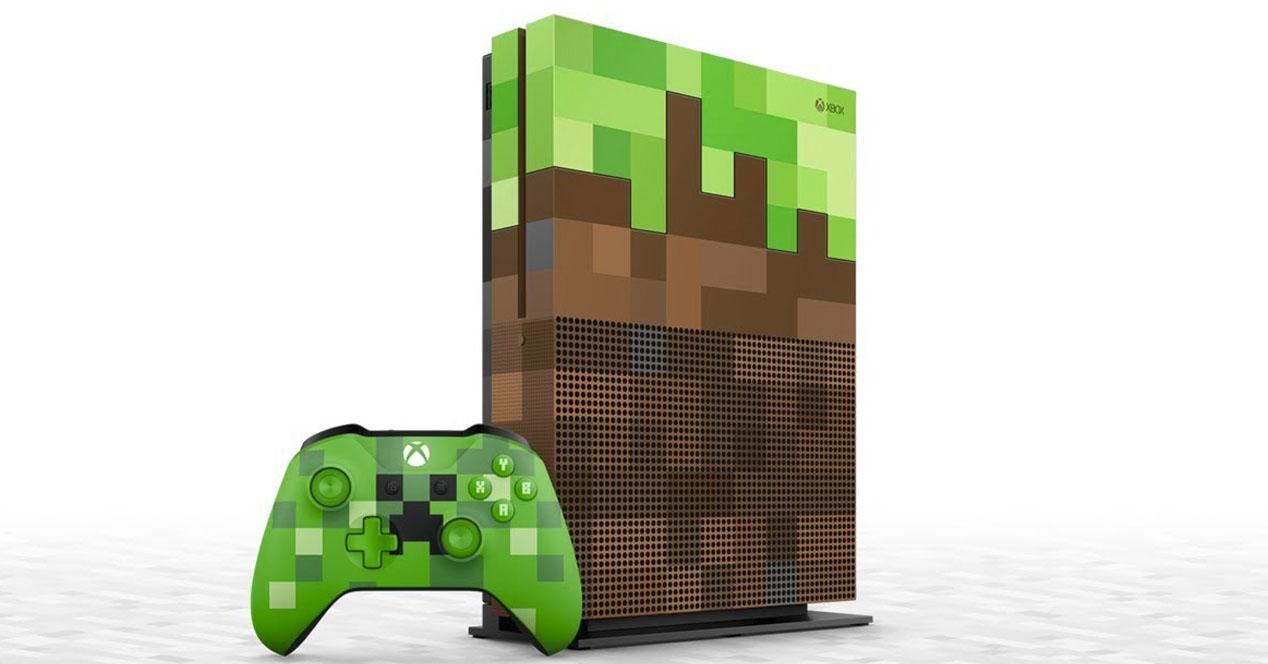 Few are those who do not know a game like Minecraft. This achieved enormous success, as well as on PC, in its version for Xbox 360. Microsoft’s response was to launch a limited edition for the Xbox One S, in which we had a controller that embodied a creeper and a console with the aesthetic of one of the buckets of grass in this game. 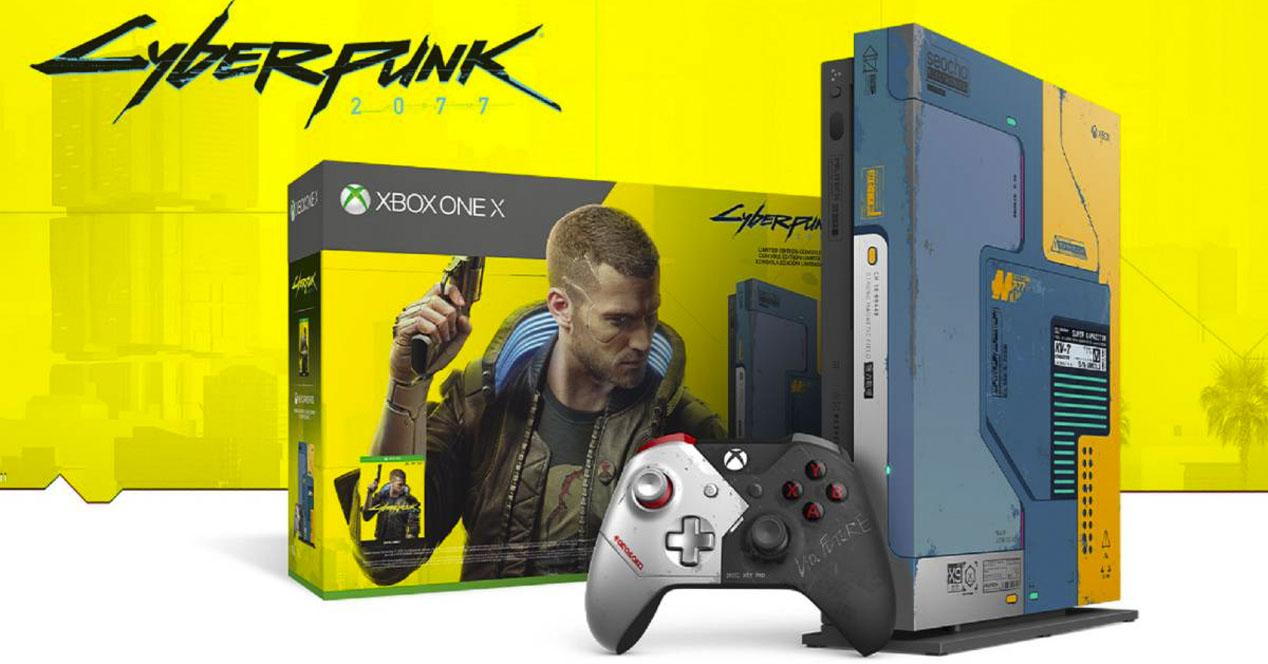 Another of the commemorative versions of video games, this being one that we know more closely, is this cybernetic edition of the Xbox One S that Microsoft and CD Projekt RED created for the launch of Cyberpunk 2077. This is undoubtedly one of the most striking special versions of all those created so far. 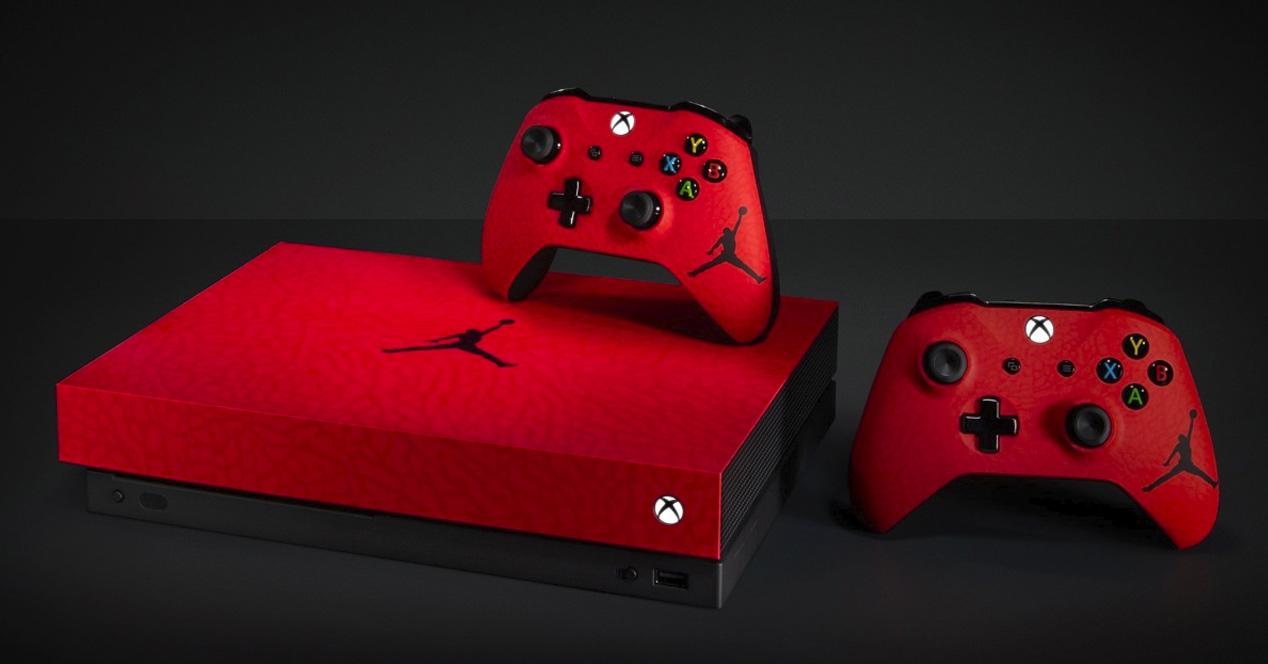 A limited version for basketball lovers was this union between Microsoft and Jordan, to create an Xbox with the aesthetics of this iconic brand. In it, and in its control, we can see the jumpman logo stamped on the red color. 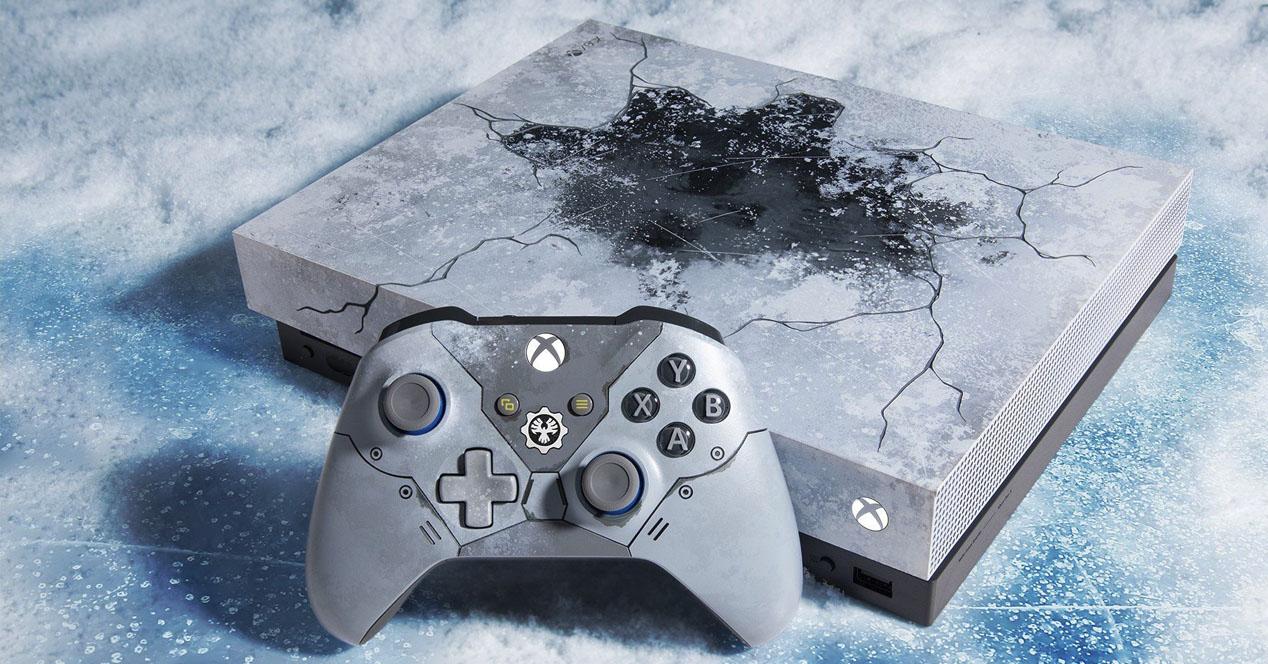 Repeating saga, Microsoft launched another limited edition but, in this case, dedicated to Gears 5. This came with a quite spectacular aesthetic of broken ice and metal through the body of the console and its controller, where you could see the Crimson Omen symbol from Gears of War frozen. In addition, this edition included completely free the titles of Gears 5 Ultimate Edition, Gears of War Ultimate Edition and Gears of War 4, 3 and 2. 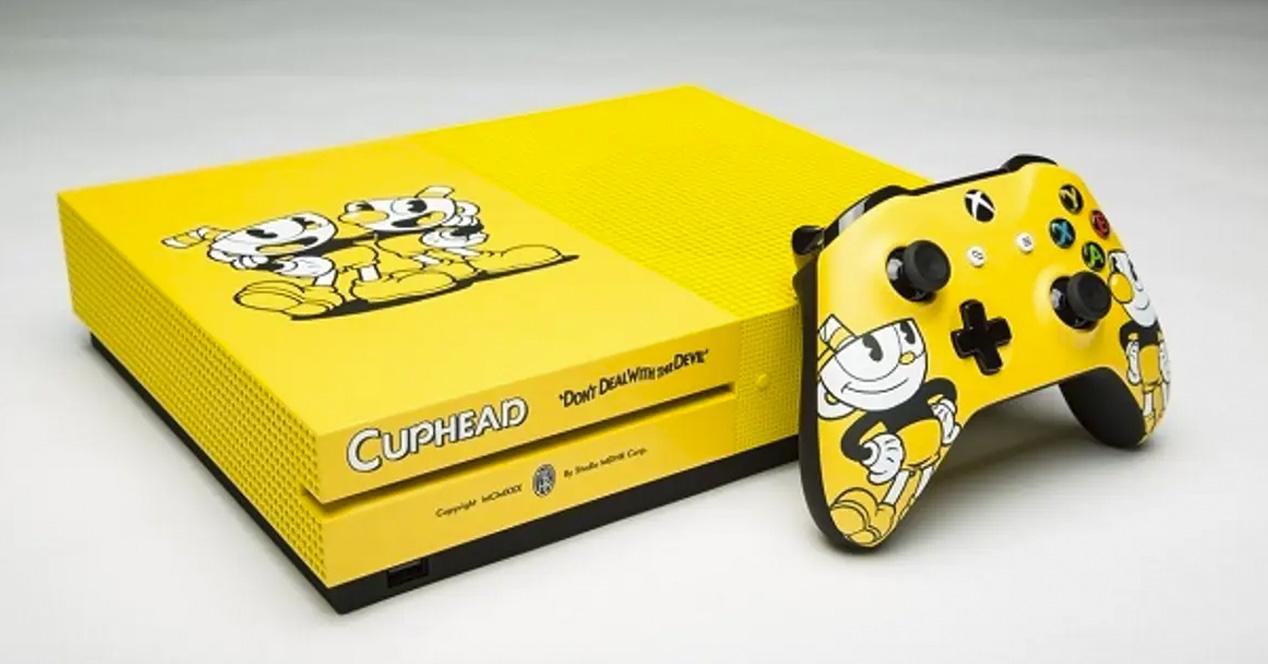 Finally, within the list of special and limited editions of the Xbox One, we have this dedicated to the game Cuphead. A title that was spectacularly successful both physically and digitally, and that made Xbox UK and Studio MDHR come together to create this wonderful edition.

As you can imagine, this model of the Microsft game console has been on the market for less than a year and, therefore, it does not yet have any special edition in its catalog. However, from Microsoft they have already announced that, of course, in the future they will develop special and limited versions of the Xbox Series X / S.

So we recommend that you pay attention to this article because it will be “alive”. As new special / limited editions of this console are released, we will update the article so that you are aware of any interesting models. Something that you will enjoy if, of course, you are one of those users who enjoys collecting or if they decide to launch a limited model of your favorite game.

Smartphones soon forced to display the energy performance of their battery

How are the 5 best-selling smartphones in Spain? »MuyCanal