According to an internal memorandum of the Apple Store to which the MacRumors media has had access, the Mac mini of 20212, together with the 4th generation iPad has entered the category of obsolete products, that is, if it breaks, in Apple will have no means to fix it.

If we take into account that the Mac mini from 2012 was the last model that allowed to replace the RAM and change the hard disk was a matter of minutes, as little as you know about computer science, if any of these components stops working, It will not be very difficult to repair it by buying the parts.

The Mac mini from 2012 was presented, obviously, in 2012, specifically in the month of October and was on sale until October 2014, when it was replaced by the Mac mini in late 2014.

This was the first Mac mini in the world began to change, since it was the first model that did not allow to expand the RAM memory and replacing the hard disk is a daunting task.

Apple considers a device obsolete when more than 7 years have passed since the last time it was on sale through Apple’s official channels, which in the case of the 2012 Mac mini was October 2014.

If you have a 2014 Mac Mini, you have mac for a while since until 2023 it will not be considered Vintage, a name given to the teams that can still be repaired by AppleAlthough Apple may not have the necessary parts.

It will not be until 2025, when this product is considered obsolete. Recall that the Mac Mini 2014 was on sale between 2014 and 2018, when it received a major renovation.

Also, as it was available until 2018, Apple will not be able to remove it from the list of Macs. compatible with future versions of macOS released in the next few years.

Why did Jony Ive leave Apple? 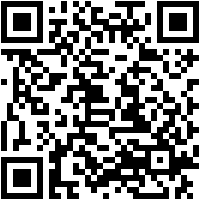 You are a musician? These iPhone and iPad apps help you with sheet music

Tricks you didn’t know about Maps