We know that our readers aside from their home PC often have a lower performance laptop with high battery life that they take with them when they can’t stop at their regular home and office work. Many of you make use of Android or Apple tablets that allow you to interact with the programs using a mouse and its pointer on the screen, but these devices lack a conventional USB port to connect them.

This is where compact wireless mice come in, small enough to be carried comfortably anywhere and compatible not only with a laptop, but also with a tablet in case you want to work with it using a mouse and not your fingers to interact with it. the graphical interface of the different programs.

In any case, the problem of the lack of USB ports not only affects the so-called PostPC devices, but also certain ultralight laptops that require the purchase of a separate hub, at a very high price, to be able to connect a conventional mouse. Since they all have built-in Bluetooth radios, using a compact wireless mouse is a better option.

What is the best wireless compact mouse?

This question, which may seem simple at first glance, really is not, since not all of us have the same needs as users. That is why we have chosen the best wireless compact mouse from a long list and we have encountered a problem, the one that is best for some, is not for others.

Thus, we have chosen four different designs under three different parameters. To begin with, we have opted for the one that can be used by all types of users, not only in terms of compatibility with different systems, but also in order to be used by right-handed and left-handed users. Secondly, we have thought of users who like to play games on their PC and whose hands are smaller than average, so if conventional wireless mice are uncomfortable for you, we have a recommendation for you. And in the last point we have added a mouse of those to get by, which despite being a contradiction with respect to the rest of the models, we know that not everyone is willing to pay a lot for the wireless pointer of their PC.

With that said, let’s see which is the best wireless compact mouse in each category.

This powerful compact wireless mouse weighs only 99 grams, our bet for gaming, with an excellent relationship between its specifications and its price. It is a model with which we only see two problems: the first one is that it is designed for right-handed users, the second is that its connection is not located in a place that, let’s say, is very comfortable. If none of the above seems like a problem to you, then you will be interested in knowing what its strengths are. The first thing is the fact that it has a great grip to use when gaming, regardless of how you normally hold a mouse. The second thing is its optical sensor with a resolution of up to 10,000 DPI by hardware thanks to its PMW3325 optical sensor and it also gives us 6 programmable buttons, making it ideal for first-person shooter games.

Regarding connectivity, we have two options, the first is to use it with the USB cable in case we want to use it connected or charge its battery, the second, on the other hand, is with Bluetooth in low latency mode where it has a battery for it internal that gives us up to 60 hours per full charge.

The first thing that strikes the Pro Click Mini is its completely white and light gray design, which is not consistent with the rest of Razer’s designs. However, it lacks certain classic components of the brand’s mice, the first absence being the configurable RGB lighting, and it has been designed for productivity. However, we believe that it is the best wireless compact mouse that you can take home whatever the use you are going to give it for several compelling reasons. The first of them is that any user can use it, since it is extremely comfortable regardless of whether you are right-handed or left-handed. Its optical sensor has a hardware resolution of 1,600 DPI, but can reach 12,000 DPI at a speed of 300 inches per second. This means it’s ideal for any laptop or desktop with a sub-4K display. In addition, it has 7 fully programmable buttons.

As for its negative points, there are two: the first one is that despite the fact that it doesn’t only work with Windows, we can only customize it through Synapse 3 using Windows. The second is that it does not have a rechargeable battery and we must use AA batteries for its use. However, the fact of lacking RGB lighting means that the battery life is quite high. Through the RF module at 2.4 GHz reach up to 465 hours of duration or 725 hours through Bluetooth.

Logitech M535, the best for tablets

In the event that you do not want to spend the money that the Razer model costs, you have the Logitech M535 as an alternative to it, which does not have as many programmable buttons, but maintains its compatibility with all types of operating systems and is much more configurable in environments. different to Windows than the Pro Click Mini. However, its 1000 DPI sensor and fewer buttons make it somewhat worse in terms of specifications. Why have we added it to the list? For a very simple fact, if you are going to use an Android or iOS tablet, this mouse is the one that can offer you the most for its price. Since it is fully compatible and we can use it at any time as long as we have an AA battery on hand.

If what you want is a mouse for conventional use and you do not want to pay more for the pointer that you will use with your computer, then the Logitech M187 is the ideal wireless compact mouse for you, since its recommended retail price starts at 10 euros up to 20 euros depending on where you buy it, plus you have it available in several different colors. 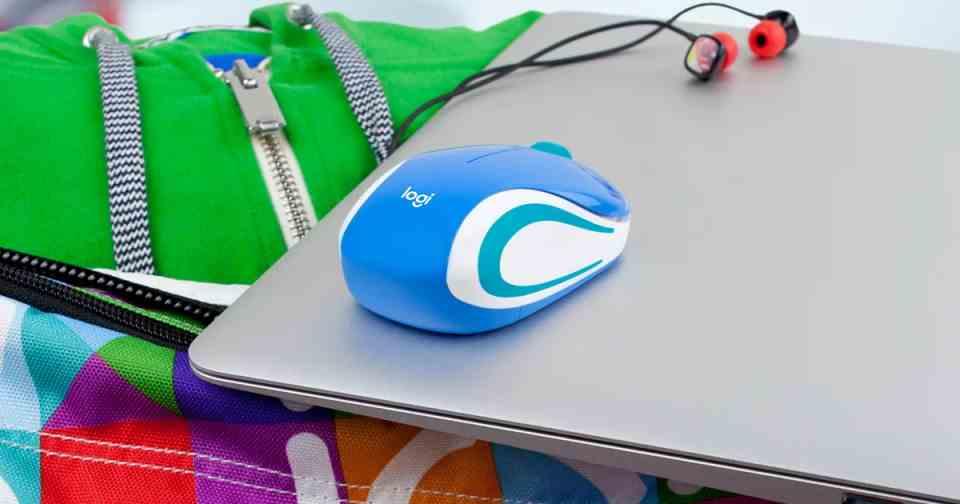 With that price, we can think that it is a poor quality mouse, however, nothing is further from reality and the quality of its materials is excellent and it does not feel cheap to the touch. However, this does not mean that sacrifices have not been made, since it does not use a Bluetooth interface to connect, but a double USB that gives it a 2.4 GHz RF connection, so we forgot to use it in a device with Bluetooth connectivity. However, it is compatible not only with Windows, but also with Mac, Linux, and even Chrome OS. As for its optical sensor, this is 1000 DPI.

This mouse only has the classic 2 buttons with a scroll wheel, weighs only 51 grams, making it the lightest on the list and works with an AAA battery. They are not the best specifications, but they are ideal for those who are looking for something basic and small.

This is how you download LibreOffice through a Torrent file