The curious origin that led to the success of Sailor Moon

Sailor Moon cannot be understood without analyzing her origins a bit. Naoko Takeuchi He always dreamed of making a living drawing manga, his great passion along with astronomy. Although her parents forced her to go to university to study pharmacy, when she finished her degree, Naoko continued with her dream of being a cartoonist. He managed to get a couple of works published, which encouraged him to create a story whose main theme was the space and whose protagonists were women.

In August 1991, a first issue of ‘Call Me Sailor V’ Went on sale. In the manga, a cat was with Minako Aino, and told her that he had the power to transform her into a warrior called Sailor Venus. A single number was more than enough to get the attention of Toei Animation, the studio behind the series Dragon Ball Z.

Takeuchi accepted create a television series based on his character, but modified the bow to create a alternative history, introducing many more elements of popular culture. Thus, he entered fully into the super sentai genre, of Japanese origin, but that would begin to have international success at that time even with American productions such as power Rangers. In the spring of 1992, ‘Sailor Venus’ would become ‘Sailor Moon’, with an identical argument, but this time, accompanied by a group of teenage girls with unique powers, called the ‘Sailor Scouts’. Together, they fight to end the individuals who do evil. And sometimes, a very mysterious masked boy lends a hand. Both the manga and the anime They were a success, reaching the franchise to achieve World Fame. The franchise is currently somewhat more stagnant than in the past, but it does continue to generate a fairly stable cash flow thanks to the exploitation of its merchandise, as is the case with your huge collection of Funko Pop dolls.

The Funko Pop of the warriors

Here you have the Funko of the warrior protagonists of the anime series in different editions and versions.

Starting with the superhero protagonist of the series, Sailor Moon has a lot of different figures. Many of the editions that have been published so far have been limited, and are no longer sold. Others can be bought, but their prices have skyrocketed.

The best figures you can find are those of Sailor Moon and her cat Luna, and the figure of Sailor Moon, which is from the Exclusive series and is quite difficult to get hold of nowadays, although not impossible if you have a bit of a budget. 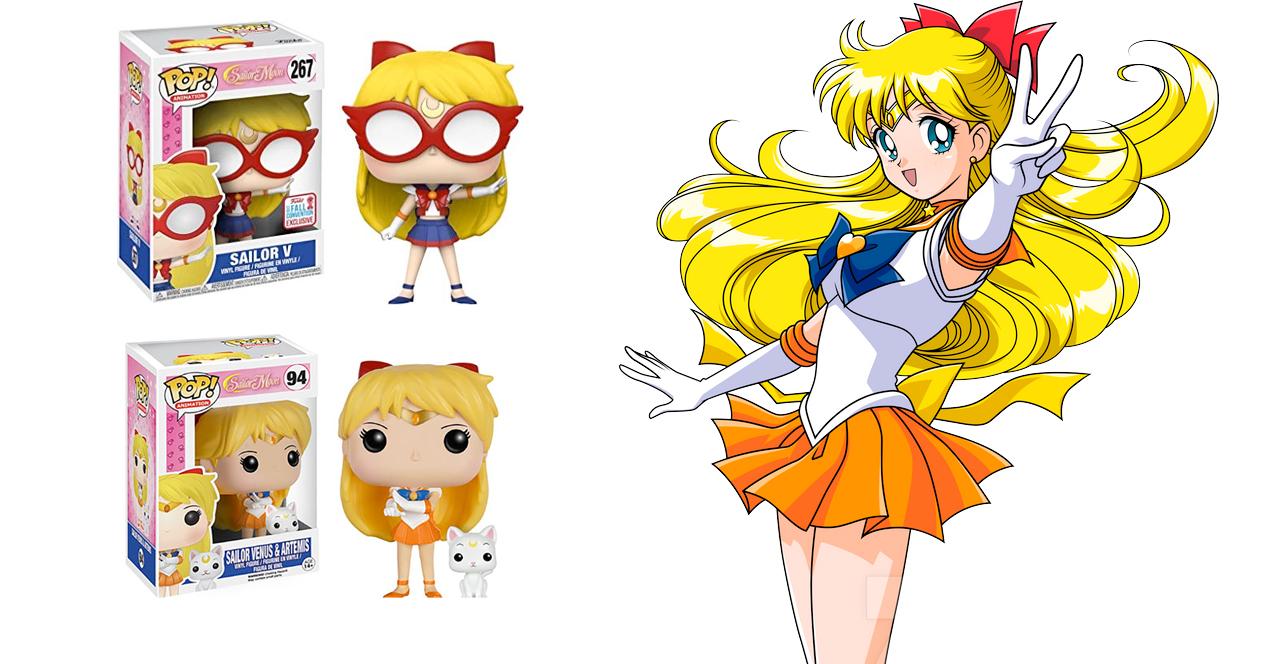 As we have told you before, Sailor Moon could be considered a reboot of Sailor V, the previous work of Naoko Takeuchi. There are two figures of Sailor Venus in the form of Funko Pop, one of them with its artemis cat, which unlike Sailor Moon’s pussy, on that occasion, was white. The figure of Sailor V alone is already considered a collector’s item, and it is thought that the last time it could be bought with some freedom was at Comic Com in 2017. However, its resale price is not very high. 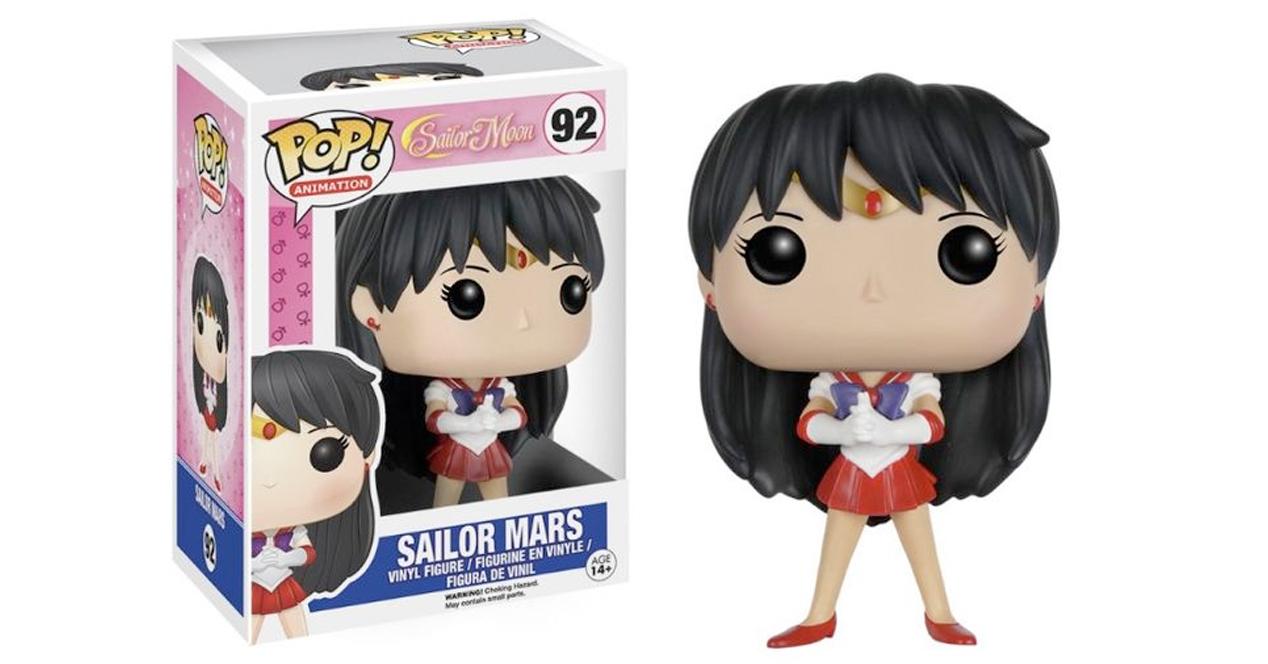 His powers are related to the fire, although he also has extrasensory psychic powers. is the Second Sailor who meets our protagonist. His Funko figure is not very easy to find these days. 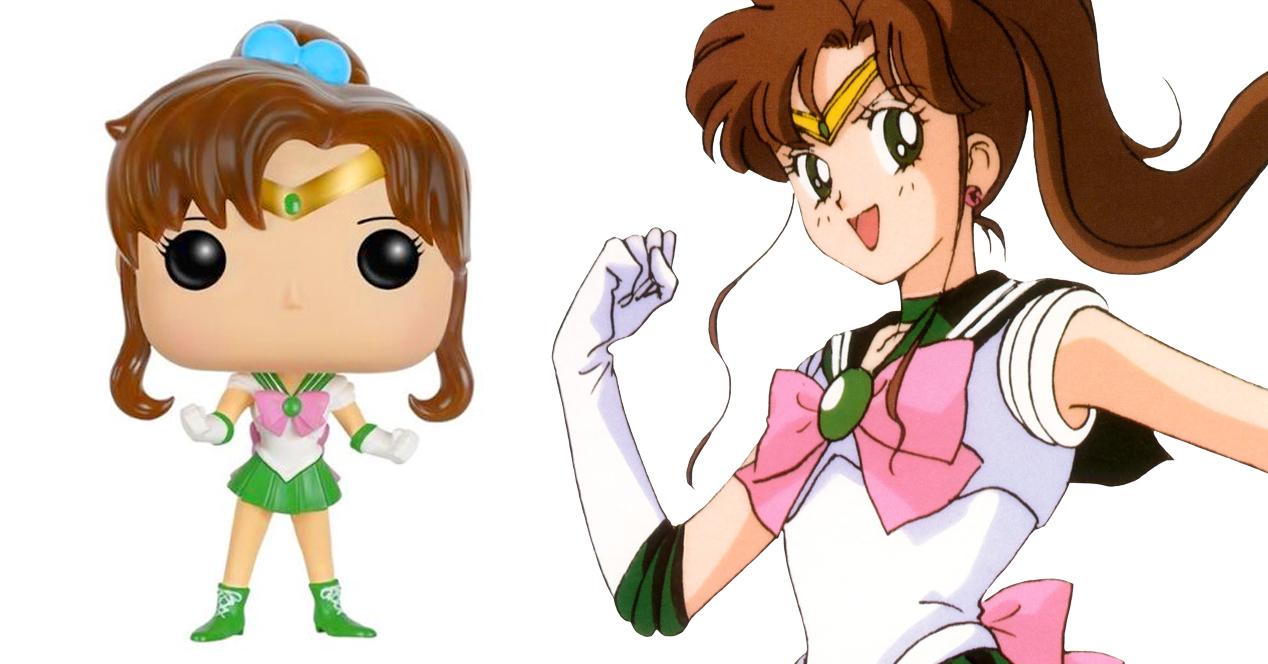 Has power over plants and electrical currents. She is also the strongest Sailor of all. 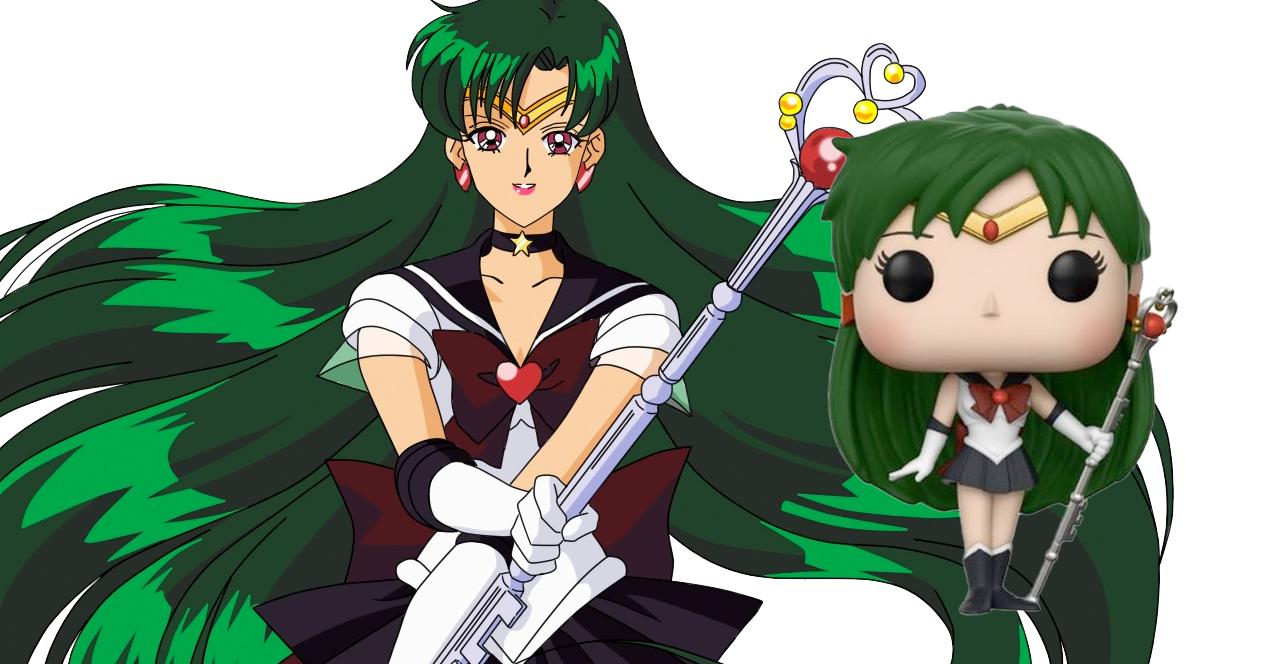 is the first outer guardian featured in the series. She is the only Sailor who does not have a double life, and, therefore, it is unknown if she lives camouflaged in society like the rest of her companions. 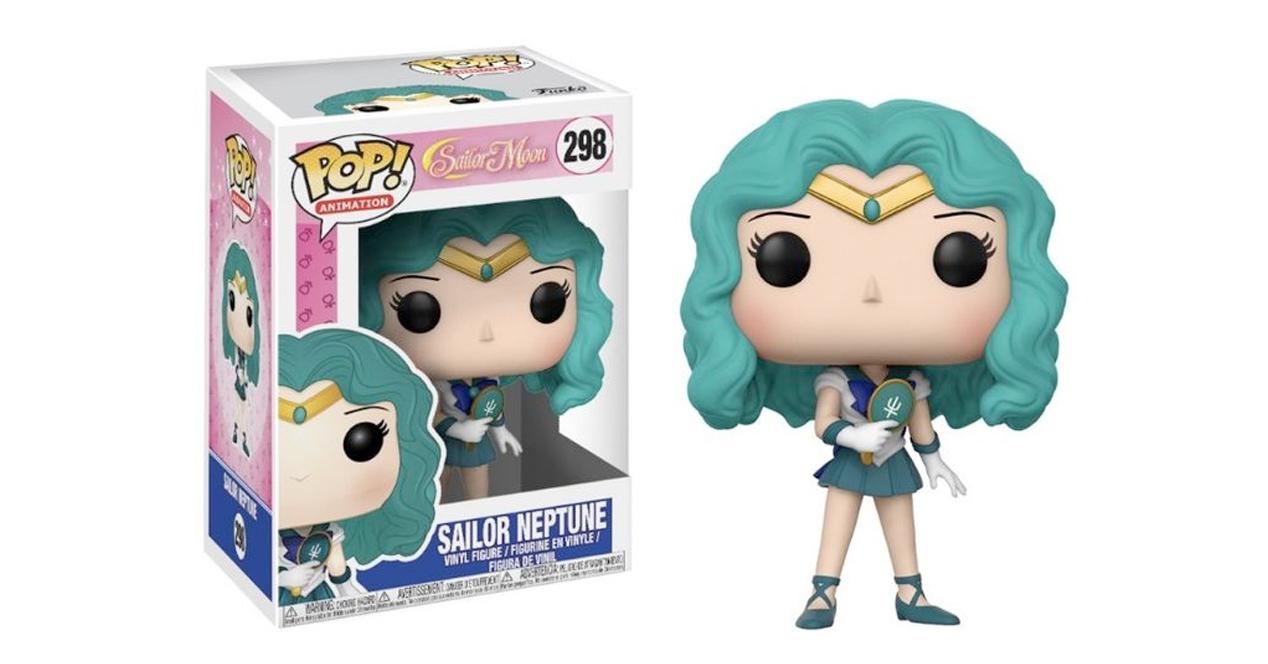 She is another guardian from the outside, and we didn’t see her in the series until well into the plot. Their powers are related to water and oceansAs well as having psychic powers. Originally, he was a partner of Sailor Uranus, although apparently, someone was envious and decided to suppress that detail in the dubbing, turning them into cousins. 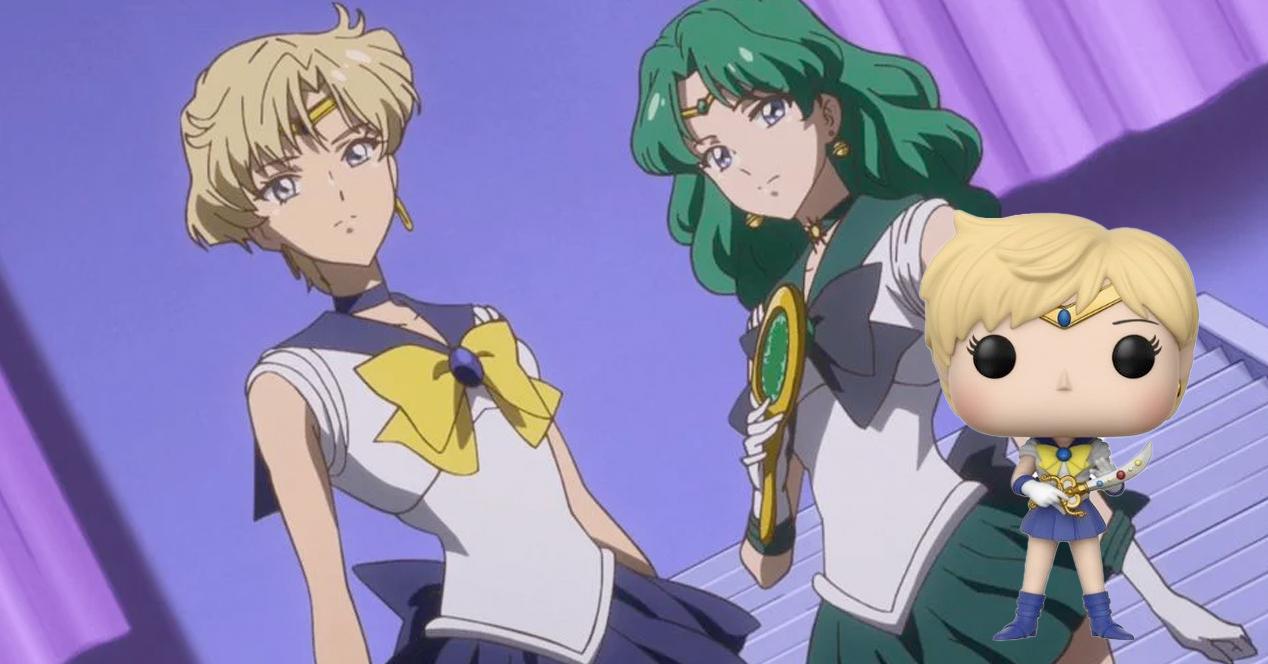 She shares some psychic powers with the previous guardian, though she has her own control over air. If you have the Neptune Funko, this other figure you can not miss in your collection. 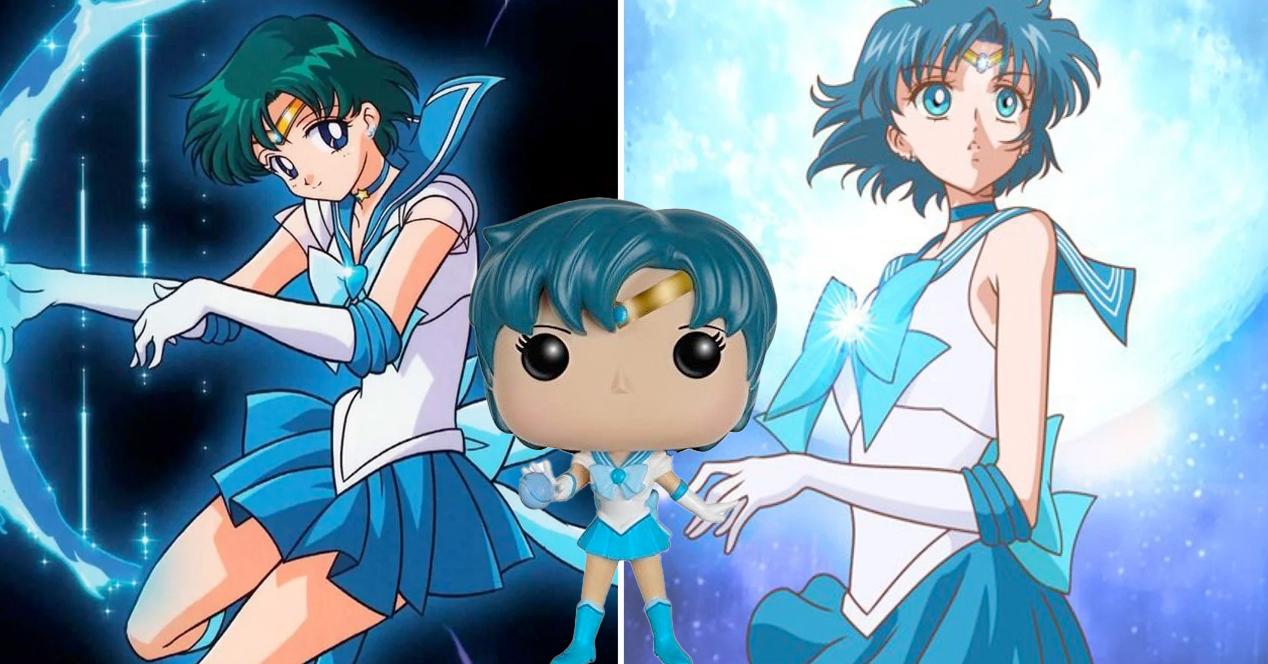 She was the first of the guadianas to appear in the anime, with powers related to the control of water and ice, while having a superior intelligence. His Funko Pop figure is currently difficult to find. 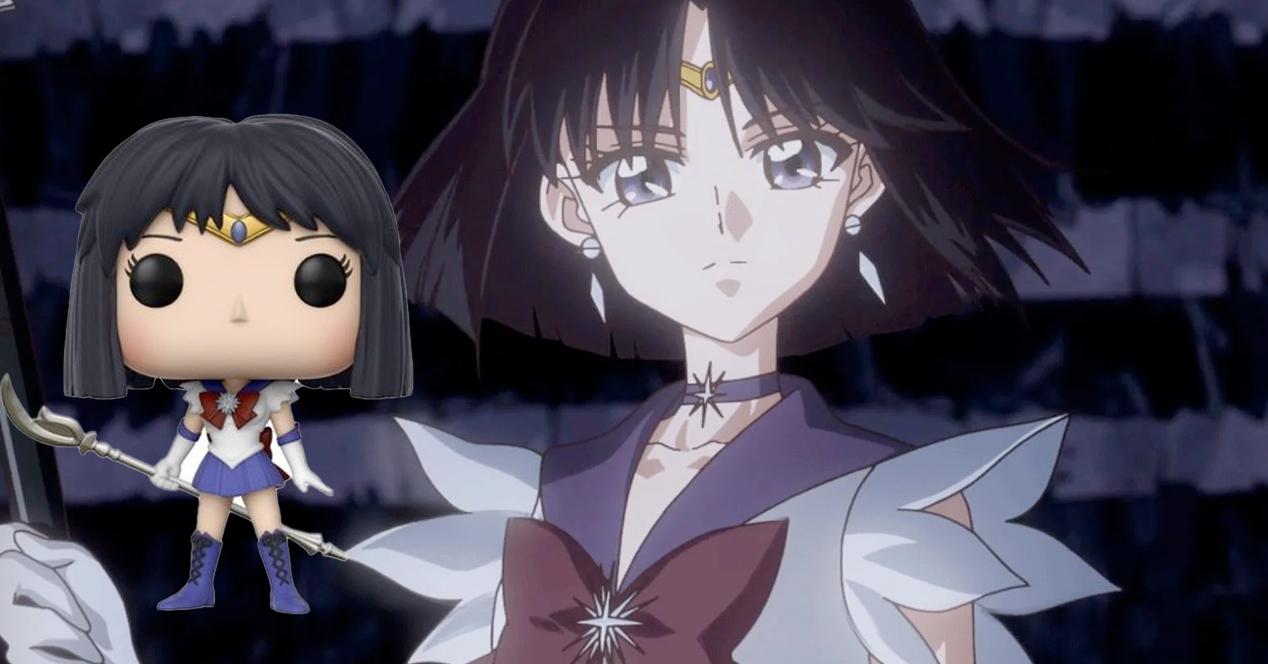 Sailor Saturn is one of the guardians with the worst fate in the series. She is Chibiusa’s best friend, and her powers is it so related to death and destruction, causing her to be feared by many of the other Guardians. His end in the series is a bit tragic, as you may remember.

If you are looking for Funkos of other characters in the series, here we leave you the best ones available. 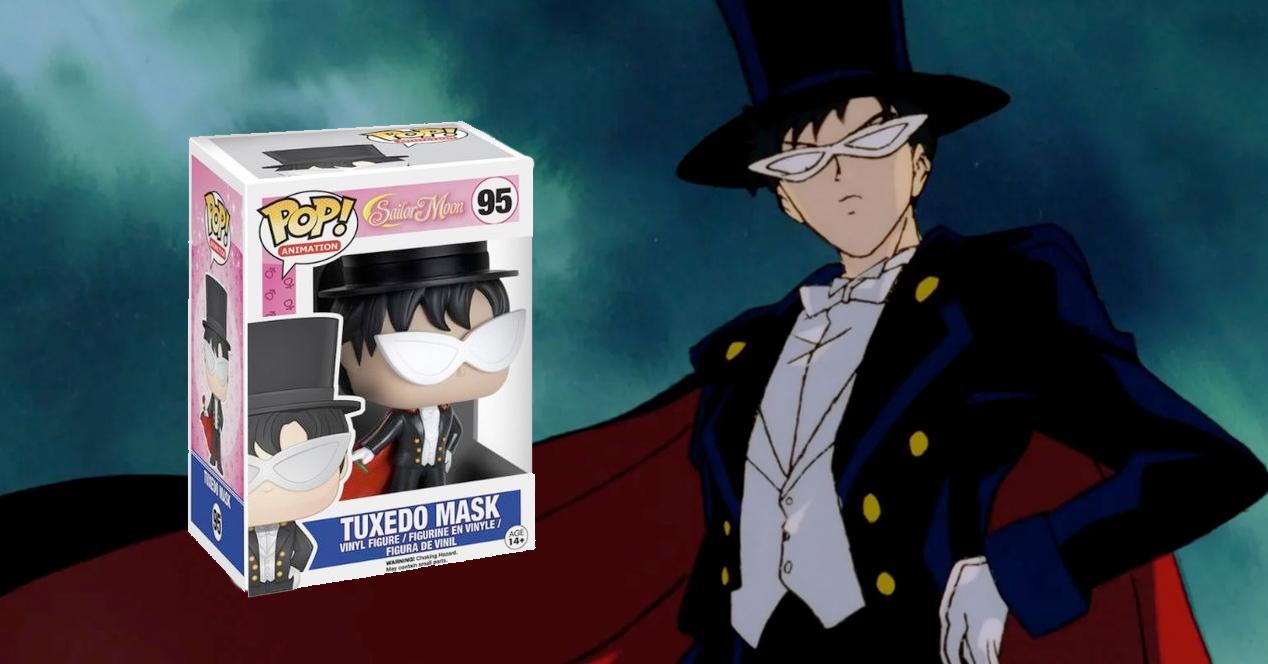 Although it appears in many episodes, there is only one Funko of this mysterious character with mask, who draws the attention of Sailor Moon in the television series, and about whom little is known. 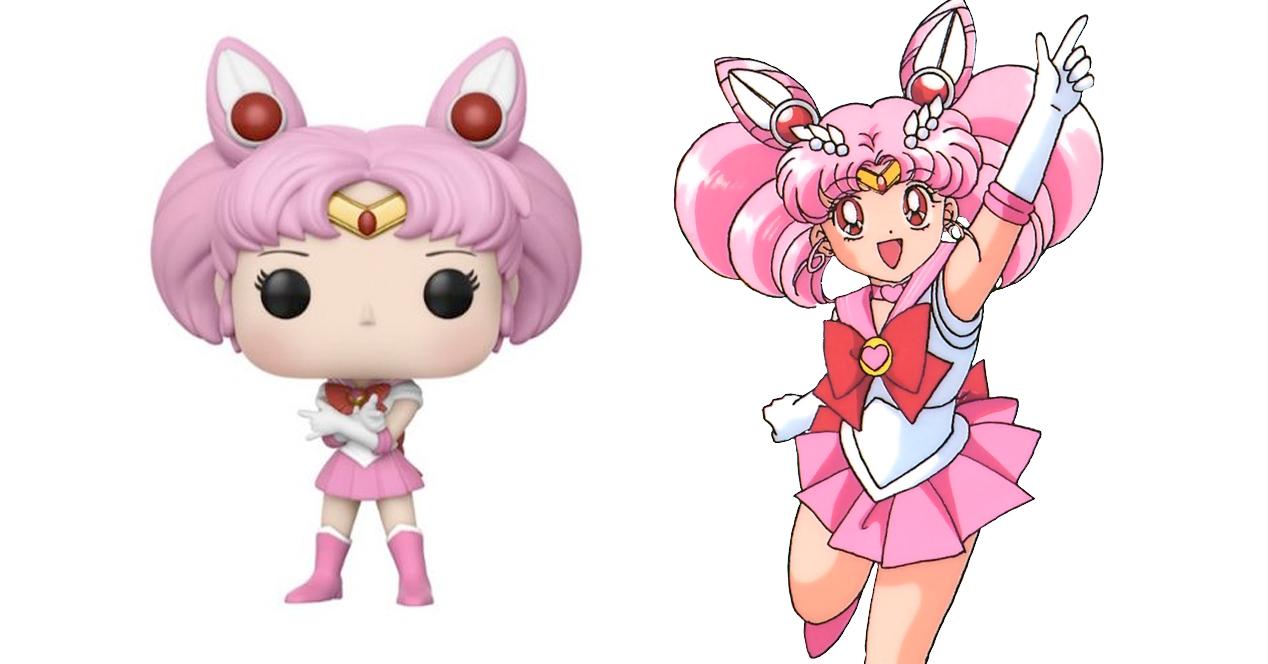 This character has two different Funko Pop figures, and the differences between the two are insignificant, one of them being from the edition standard and the other from the series exclusive. This pink-haired character appears in the series as a guardian of the future who comes to help the Sailor Scouts, with a curious family history behind her. 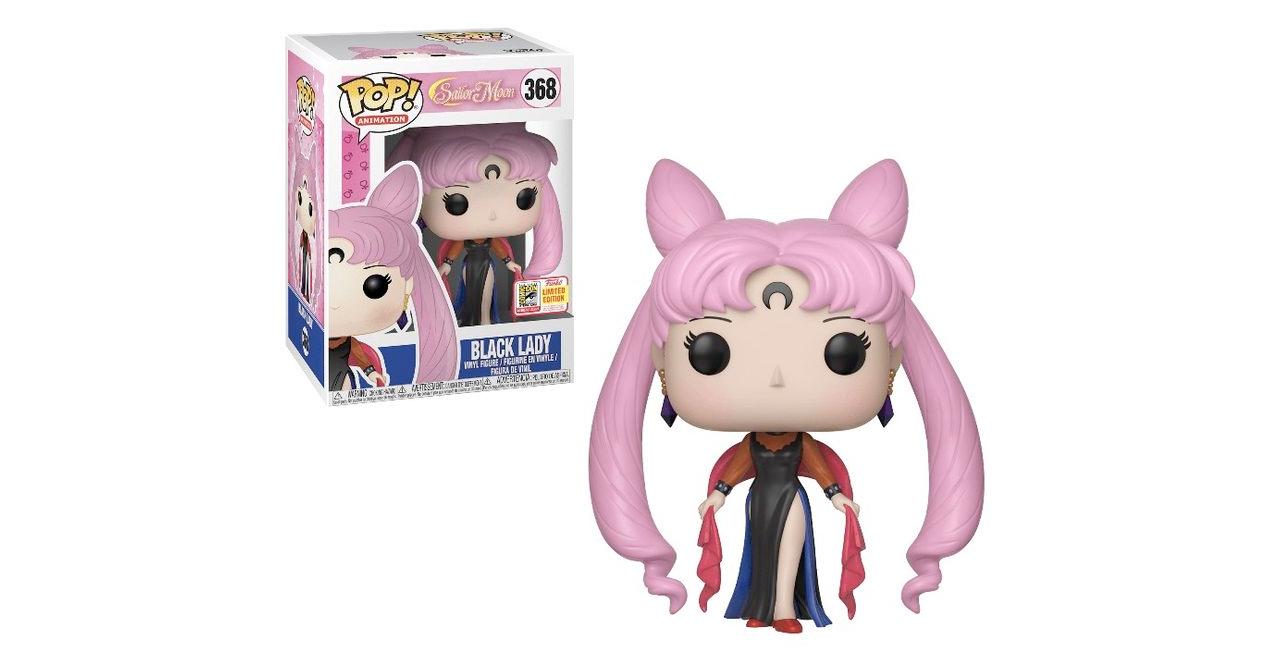 Also known as Black Lady, she is the Sailor Chibi Moon’s counterpart, an evil version of herself created from a spell. The number of units of this figure is very limited. It was sold in exclusive outlets in 2018 and currently, they sell for more than 100 dollars. 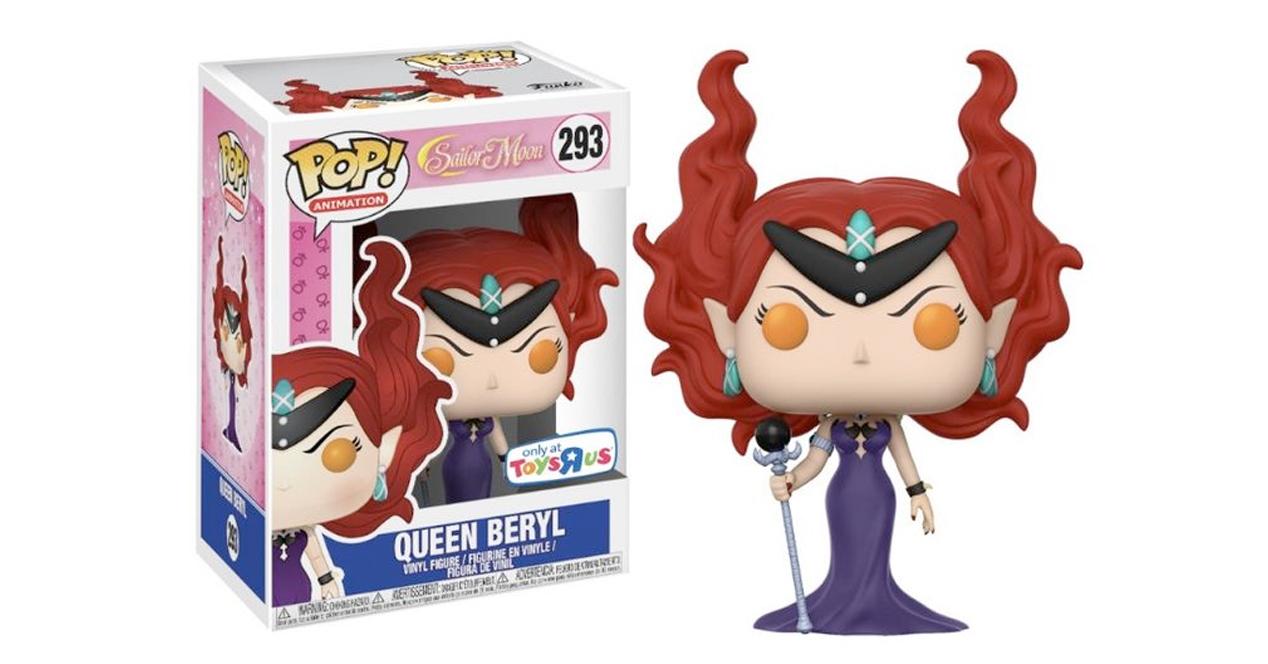 Queen Beryl becomes the first vimportant illana from the tv series. transforms into a be dark when looking for unrequited love with Prince Endymion. 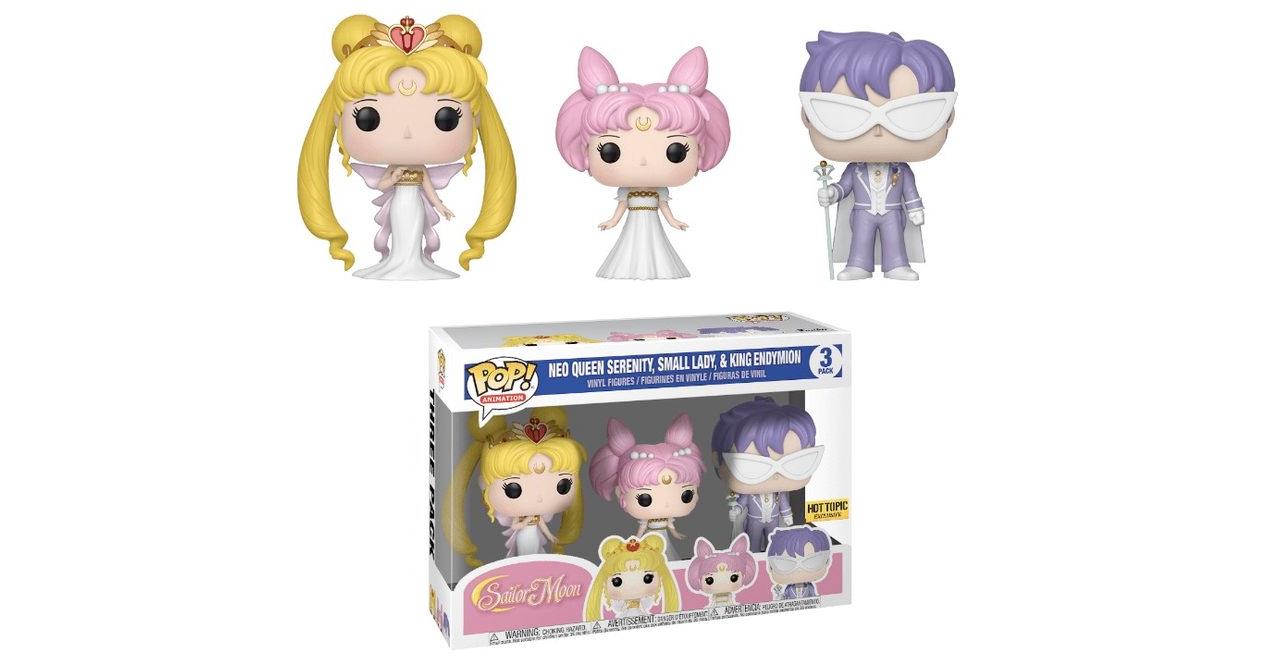 East triple pack It is made up of three figures. Neo Queen Serenity Y King Endymion are the future versions of Sailor Moon and the mysterious Tuxedo Mask, next to chibiusa, with whom they travel in time.

This post contains referral links in accordance with the Amazon Spain affiliate program. The Output may receive a small commission when purchases are made through such links. The price you pay for the products you purchase will not be affected under any circumstances. It is also our duty to inform you that the decision to include these products and not others has been made freely, based on editorial criteria and without any influence or request by the brands mentioned in the article.

Best Nintendo Switch games to play as a family or group

Parker solar probe completes its tenth approach to the sun

Wi-Fi 6 Version 2, more and better for the latest wireless standard