The best game of the year at The Game Awards bases its entire concept on the cooperation between the two main characters, something that its creator, Josef Fares, has been obsessing with since his first developments. In addition, in this game there is the circumstance that has a moving story where Rose, who attends her parents’ divorce, tries to reverse that decision by resorting to two endearing rag dolls with whom she will try to revive love again. It Takes Two they are original game mechanics, collaboration on the same screen and a whole display of technical resources that will really surprise you. If you haven’t played with it, you’re taking time to do so.

Josef Fares returned to the fray five years after Brothers: A Tale of Two Sons with this A Way Out which is simply genius: collaborative games between two players (yes or yes), at a distance or on the same console or PC, where they put themselves in the shoes of two convicts who want to escape from prison and, once force, stay safe from those who want to capture them. Plot depth and collaborative mechanics that keep us glued to the screen until we achieve our goals. Don’t stop trying it.

Like a good fighting game, Street Fighter V (either Tekken 7 and even the last injustice either Mortal Kombat 11) will serve as the focus of entertainment at family reunions or parties with friends thanks to the possibility of going head-to-head against another player. It is, without a doubt, one of the genres that since the 1990s, the moment of its definitive explosion, more have pushed to maintain the concept of the split screen, although it does not exist here as such. Also, in this case, remember that we have on the way the new Street Fighter 6 to celebrate the 35th anniversary of the franchise.

What can we say about one of the funniest games that we can find on Nintendo Switch. And that its catalog of multiplayer alternatives on the same screen is very varied. with this version can have fun (in mode cradle inside the base) up to five players at the same time: four jumping around the screen and a fifth that can mess things up by making things more complicated for the others. We will have up to 160 maps on hand to demonstrate our expertise by dodging enemies and reaching the right platform at the right time.

What to say about the Nintendo fighting saga. A game that you have available on Switch and in which you can compete against seven other players on the same television screen. Without a doubt, we are facing the largest repertoire of fighters available inspired by some of the most recognized playable universes, both from the company itself and from Konami with its Metal Gear Solid, SEGA and Sonic, Square with its Final Fantasy and even Megaman himself from Capcom. Surely one does not get to enjoy Super Smash Bros Ultimate until you try local multiplayer. do it!

The great game that initially came to Xbox One and PC is now available on more consoles and its difficulty can be shared with up to two players on the same screen. Although the appearance of this could deceive you Cuphead, It is one of the most complicated video games that exist, with perverse enemy dynamics and certain almost impossible maps. Of course, the quality of its staging, graphics and sound or music cartoon They are a delight for the senses that, these days, have just released an original series on Netflix. Don’t you dare miss this game.

What to say about one of the veterans of the split screen, since his first cartridge for SNES in 1992. With this version of the original Wii U game, Nintendo Switch manages to we can compete on the same screen up to four players at the same time, this time yes, with a split screen one of the good ones where it is possible to go in search of the other runners to beat the crap out of them. If you like driving games and you have a Nintendo handheld, it can’t be missing from your library.

Although we bring you the most recent game in the saga, actually Mario Party Superstars It’s kind of a remastering of five boards seen on the original Nintendo 64 cartridges. In total, four friends can participate on the same console, or connected in the mode cradle to the base of the machine to project the image on the television. Minigames, quick tests and lots of laughs is what this saga guarantees us, which on Nintendo Switch has another title that you can also try: Super Mario Party.

In the spring of 2020, in the midst of a pandemic, it arrived in digital format Streets of Rage 4. An beat ’em up manual, inspired by the classics for Mega Drive from the 90s and that includes a good part of its universe: characters, mechanics, settings, history, etc. Besides, offers the possibility to play in a collaborative format to four players at the same time, thanks to which we can lend a hand cleaning the screen of enemies. Although it also has a competitive side or are you going to let that chicken that can revive you be eaten by your colleague?

The popular phenomenon that catapulted Epic Games to the top was a mistake because the original game did not contemplate having a Battle Royale. And although he Fortnite (plain) is on everyone’s lips, few notice that it has a local game mode where two friends at the same time and in split screen can get on the map and try to win. Everyone associates this title with its online multiplayer, but remember that you can have parties at home and compete side by side with your best friend if you have a console (not on PC) and two gamepads.

Surely there is no more fun video game franchise for one or two players on the same screen than any LEGO that has come out in the last 17 years inspired by some of the highest-grossing movies and franchises in history. Since that legostarwars from 2005 to the next the Skywalker Saga which arrives in April, all these releases have the common denominator that can be enjoyed togetherthrough a dynamic split screen that shows us what each of the characters sees: collecting tokens, eliminating enemies or solving puzzles are the basis of these wonders developed mostly by Traveller’s Tales.

Leaving FIFA out would be a sacrilege because if there is a genre specially designed to play against a friend on the same console, or PC, that is sports developments. FIFA is, surely, the maximum exponent, but we have other alternatives like NBA 2K or American football Madden. In all of them, the competitive part to play on the same screen is essential to revive a party with friends that is becoming a bit boring. 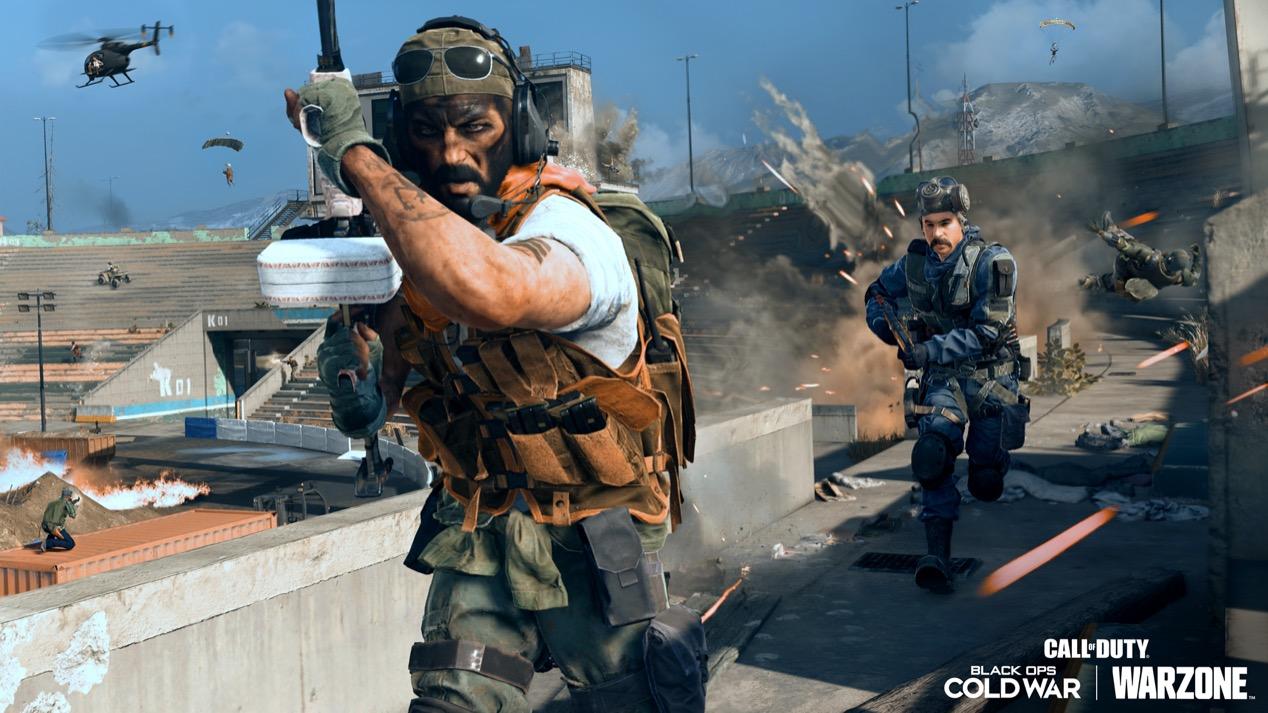 Amazon cuts the price of the NVMe Crucial P5 Plus 1 TB SSD, compatible with the PS5

Pegasus confirmed to have been used to spy on Jamal Khashoggi