Star Wars Episode I: The Phantom Menace on Steelbook

I was going to start with episode IV, like George Lucas did with the original trilogy, but we better go at the beginning of everything.

The edition in Steelbook from The Phantom Menace inaugurates that line of films remastered where the design is practically the same in all films. Metal box with the cinematographic poster of the film and a very soft relief in the letters.

Inside comes the Blu-ray with the film, the album with extras and nothing else. Neither merchandising exclusive, or anything.

The extras contain deleted scenes, a documentary about digital effects and other on miniatures, in addition to interviews or details on key points of the film, such as the pod race. We are not going to deny that they do not contribute much, but it is the best edition of the film that you can find.

Star Wars Episode II: Attack of the Clones on Steelbook

Without a doubt, the weakest of the prequel trilogy, although it does have some salvageable chunk.

Follow the same tonic in design than the previous Steelbook, so that they combine, although there is no special boxed version that brings them all together.

The extras are similar. Deleted scenes, the documentary part talks about costumes, instead of models, and also about sound and original art. Little more, really. Honestly, the greatest value of this Steelbook is that the collection does not have a hole.

Star Wars Episode III: Revenge of the Sith on Steelbook

The last of the movies is the best of the prequels, but it wasn’t enough to lift it off the ground. Cross Attack of the clones to get here is like crossing a desert.

Still, it’s the best version of the movie, remastered and again with a disc of extras and nothing else inside.

Deleted scenes, a how it was made and two curious documents reveal the Star wars that almost was, with preliminary ideas of the trilogy, quite different, as well as another little parody documentary. 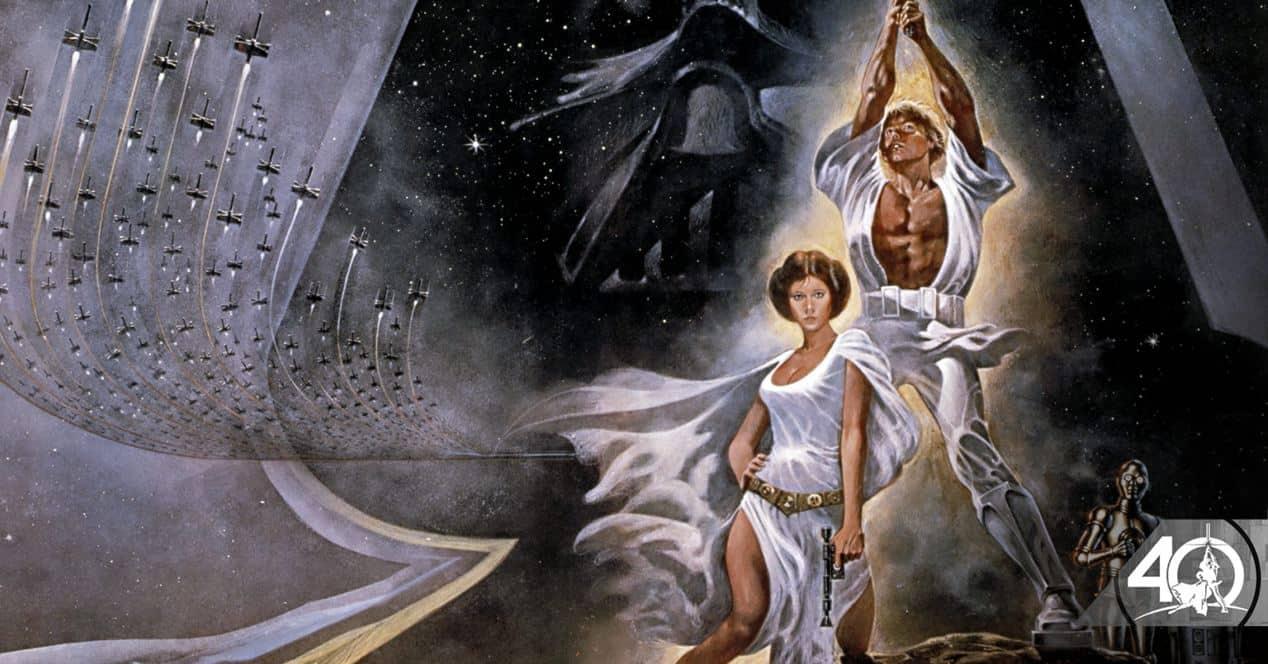 We delve into the original trilogy with a design that follows the same vein as the prequels, so you can have them all as a uniform collection on the shelf.

Metal case, soft relief on the letters and original poster. In this case, at least, it is the legendary poster and vintage, infinitely superior to the style that later films adopted with so much floating head.

The content inside also follows the same trend. The extras disc continues with the same sections. Deleted scenes, interviews and documentaries. The one who shows us what movies are like “inside” talks about weapons.

Unlike the Steelbooks From the prequels, here we enter territory that is harder to find, or at least somewhat more expensive.

Star Wars Episode V: The Empire Strikes Back on Steelbook

Darth Vader’s face floats lonely above space in The edition Steelbook of the best movie of Star wars. And, frankly, it is much more elegant and minimalist than the rest of the posters.

More of the same inside. They are probably the extras with more interviews And, of course, we will be able to see how the AT-ST walkers were made, as well as learn about the matte paintings of scenes. Before so much digital effect, it was the way to create worlds and sets.

Star Wars Episode VI: Return of the Jedi on Steelbook

Cinematic poster again to illustrate the metal box of the loosest movie from the original trilogy, with Vader floating ominously in space for the third time in a row.

Little to add. Documentaries are about the sound, the effects and the creatures, in addition to showing deleted scenes. 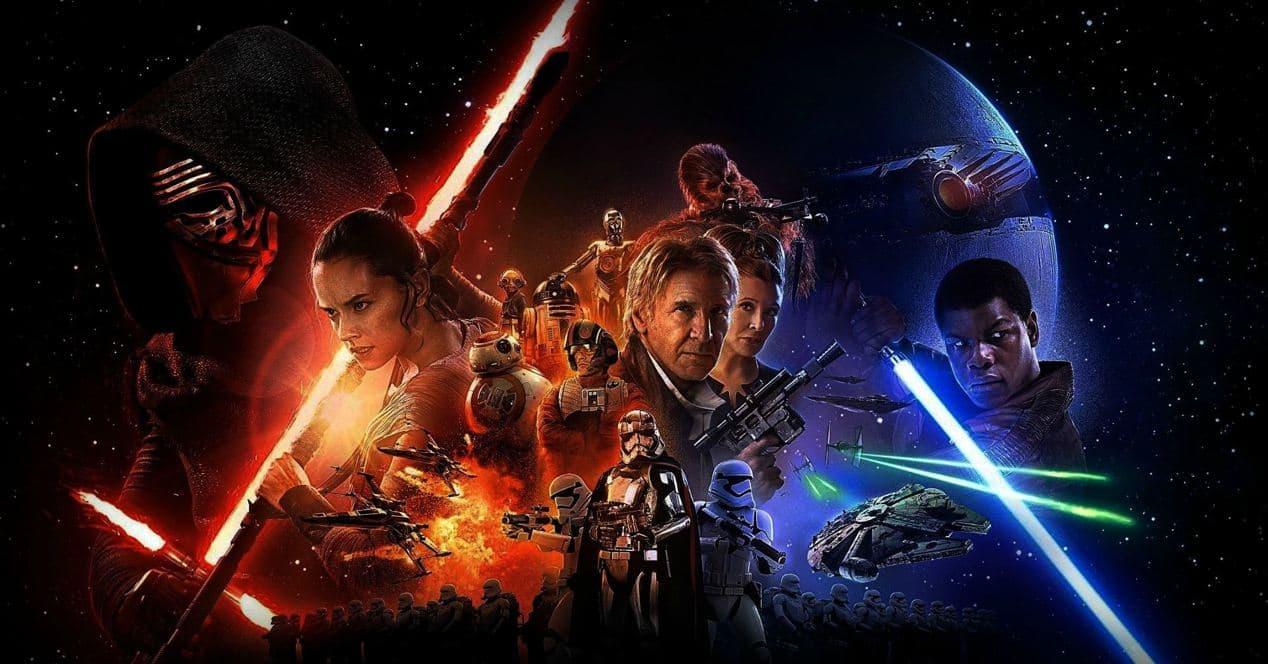 The new trilogy begins with a Force awakens in the same format. Nothing changes, original movie poster, remastering and two discs.

In the extras, of course, BB8 plays a leading role in how it was made. There is also the curiosity of the first reading of the script and some interviews with Daisy Riley and John Boyega.

You may still find some Steelbook previous, version no remastered, whatever that means. The art on the cover of those Steelbooks it’s better, really. The movies, unfortunately, are still the same inside.

The movie most controversial of the new trilogy. We are going to say little, it is the perfect example of how history stumbles without meaning according to the director who takes the saga. Rian Johnson wanted to “subvert fan expectations” and he will know if he succeeded.

Curiously, few interviews with actors in the extras, but yes with Rian johnson giving us his vision of the Jedi. Ok, Rian.

Deleted scenes and some featurette about Porgs. Those dolls that tried to be the best-selling toy of Christmas. Nobody remembers them.

Star Wars: The Rise of Skywalker on Steelbook

Extras include much creature and how the persecution of speeders through the desert. Yeah, the “They Can Fly” scene.

Rogue One: A Star Wars Story on Steelbook

The editions remastered on Steelbook they also wrap in metal Rogue one, pleasant surprise and probably the best modern movie of Star wars.

The version in Steelbook follows exactly the same design, so it doesn’t clash with previous trilogies.

The extras show us the character history, from Jyn to Android K-2S0. Also an epilogue and little else.

Continuing the series of A Star Wars story, and killing her for the little success she had and the problems of filming, she arrives Only.

Han’s story, but without the mystery, charisma, or appeal that the character had.

That is the one with the most extras. We will see in depth the Millennium Falcon, how the train robbery was made or a round table with a director and actors. A pity that there is no trace of the preliminary ideas of the original directors who fired. 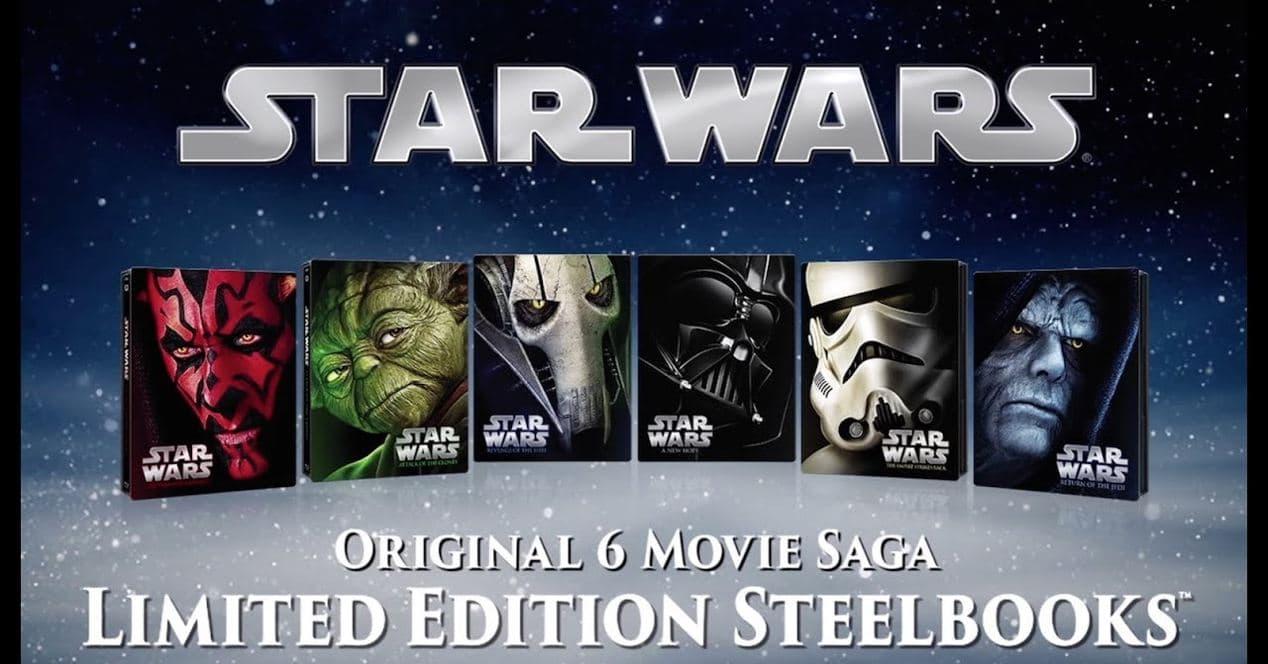 Although here in Spain they no longer lavish much, the version in Steelbook most valuable right now from Star wars It is the limited edition of the films of the first and second trilogy.

From time to time, you can find a loose movie in a store, but it is complicated. If you want it complete, you will have to go to sites like Ebay or Wallapop.

The design is different, each film is illustrated with the face of a key character in the film. Interestingly, they are all evil (Vader, the emperor, a Stormtrooper), except Yoda, who is the face of the Attack of the Clones.

As you can see, all the movies of Star Wars has edit Steelbook. Without a doubt, they are the best way to preserve and collect them.

This article contains affiliate links. The Output could receive a small commission if you buy something of what we have shown you. However, no brand has influenced to appear here. We just put everything out of Star Wars for you right now.

This screen transforms the Raspberry Pi into whatever you want

The sales continue in February: get an original Windows 10 Pro license for 13 euros