Faults related to the iPhone itself

It may be that the origin of the problem is not in the application but in the device itself. Next, we will tell you what you should check on your iPhone to be able to download any application without problems.

In the iPhone, as in many other electronic devices of this type, many processes are running simultaneously and some of them in the background. Therefore it is not possible for you to know what is running and what is not. And although the teams are prepared to execute them, there are times that they cause problems and the best way to solve them is reboot the device.

When the phone is turned off, all open processes are closed and when it is turned on, they are started again, eliminating any possible past errors. That is why this simple solution at first glance can be of great help in solving many problems related to software, including not being able to install applications.

Make sure the iPhone is up to date

Another of the fundamental tips to ensure that there are no software problems on the iPhone is to make sure that the latest version of iOS compatible with it is running. It is possible that in the version that your iPhone currently has there is a bug that prevents, among other things, the correct installation of applications. And if so, you will find the solution to it in more recent versions.

If you go to Settings> General> Software update, the iPhone will connect to Apple’s servers to find the most recent version of iOS that exists for the device, so it will be necessary that you have an internet connection. If finally the problem you had was due to this, you should not have problems again when the terminal has been completely updated. 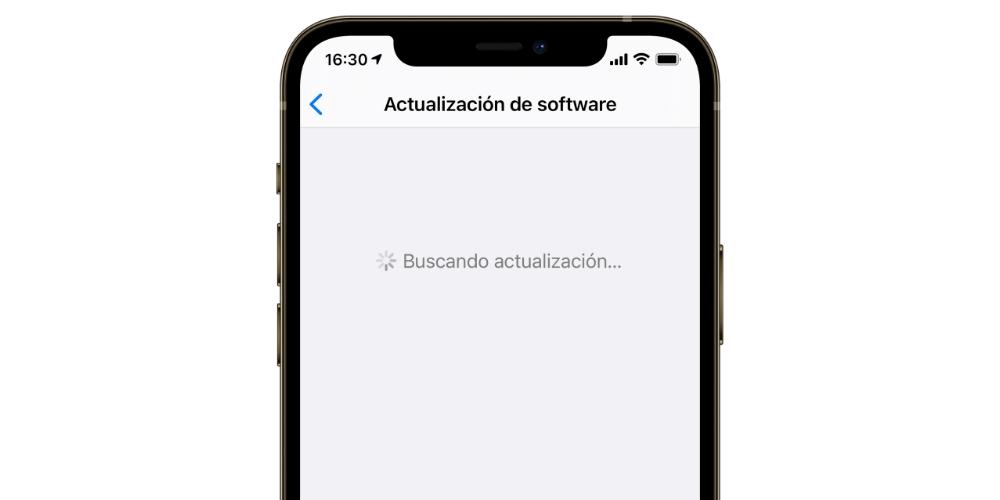 As you probably already know, application downloads on the iPhone require the internet, since it is the way your device communicates with the servers where these apps are hosted. It is always advisable do it via WiFi, so in Settings> WiFi you must make sure that the connection is correctly established.

If you use Mobile data You will also have to secure it in Settings> Mobile data. Normally it has a lower speed than in WiFi and if you have a limited data rate and it has been exhausted, the speed will be even slower and this could cause problems when downloading the applications. 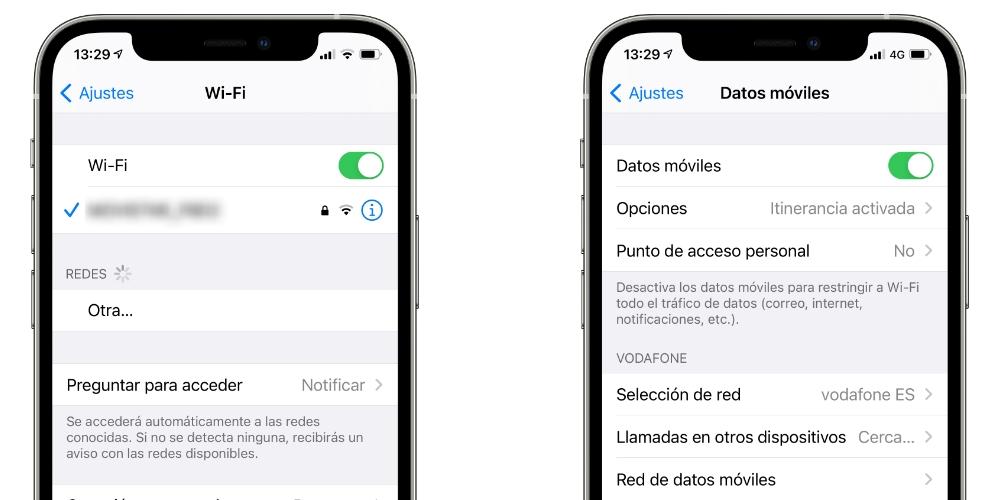 Of course, keep in mind that in any of the connections incidents may have arisen. Therefore, it is recommended that you carry out a speed test and contact your operator in order to inform them of the problem and offer you a solution, since it could be a temporary breakdown in the area where you are or a problem of the router that requires it to be changed.

You may not have enough space

It seems obvious, but sometimes we forget that applications take up a certain space on the phone. Depending on the app, it can even occupy several GB of iPhone memory, so it is advisable to have enough space for it. Normally an indicator appears in the App Store when downloading the application indicating that there is not enough space, but if not, you can be the one to check it in Settings> General> iPhone Storage.

If you have little free memory and you need to install the application, you will have to find a way to free up space. The methods that are usually most effective for this are to eliminate other apps that you do not use, photos and videos that you already have safely in a backup in the cloud, music, podcast … Once you have enough space you can install the application in question without problems. 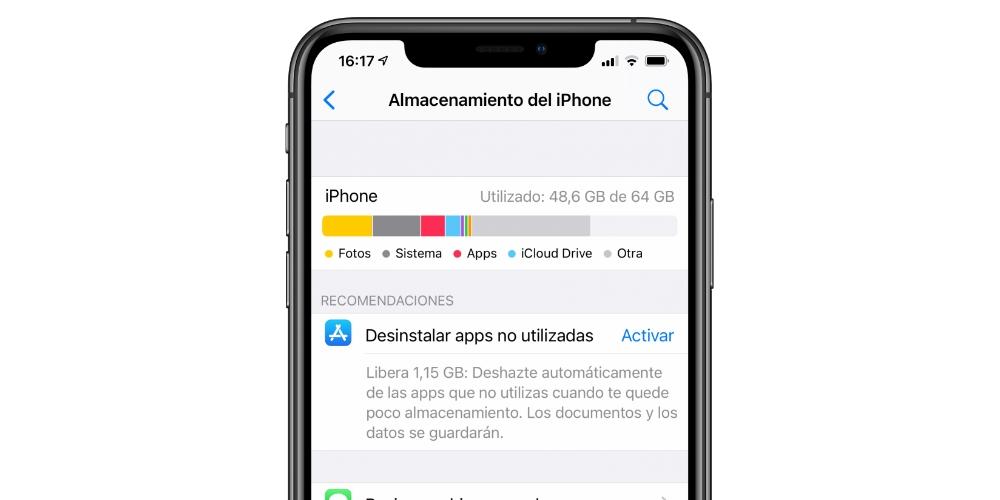 Problems derived from the application

If at this point you have not been able to solve anything, it is likely that it is not your iPhone that has problems, but that it is something related to the App Store and / or the app in question that is causing the failure. For this reason, we recommend that you read the following points in which we investigate these possible problems.

Fortunately or unfortunately (rather the latter), not all applications work on all iPhones and on all operating systems. This can be seen in the application’s own file in the App Store, in which it will be said with which devices and / or versions of iOS it can work.

Normally there can be two circumstances that make your phone incompatible with the app, the first being the app is out of date and developers have not updated it to remain compatible with newer iPhone and operating systems. The version history of this is also in the tab of the Apps Store, and you can even see how long ago the last one was launched. If it says “more than 1 year ago”, it is possible that it is an obsolete application and that it will probably not be updated again. 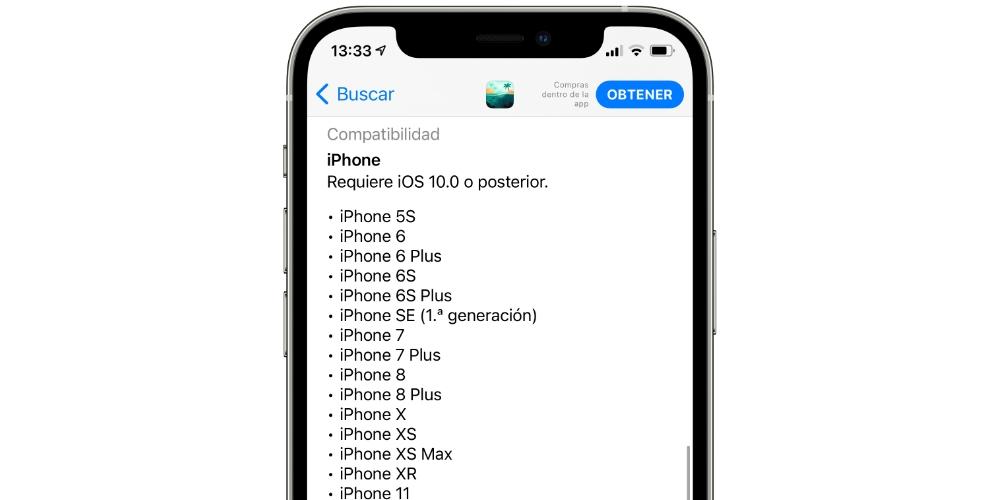 The other possibility is that the app is updated and be your iPhone the one that is not compatible. Either because it is an app that requires hardware that your phone does not have, in which case you could not do anything, or that it requires an iOS version that you do not have installed. This last case is easily solved and, if you did not follow an advice that we gave you earlier in this post, you should go to Settings> General> Software update and install the most recent version of iOS available for your iPhone.

The application may no longer exist

There is a curiosity in iOS and that is that if you have downloaded an application that has already been removed from the App Store, you can keep it on your phone and it can continue to be fully functional. Although, yes, it will not receive updates. And although it will not appear in the app store in the search engine, it may appear in the list of downloaded applications.

If the app you are trying to download comes from that section of the App Store, it is possible that the reason why you cannot download it is that. Normally, apps removed from the store end up being even deleted from that list, but they remain for a while. Unfortunately in this case there would be no solution for you to have it again, but you already know at least the cause. What you can perhaps do is visit the developers page in case there is a new app reissuing the functions of the one that has been removed. 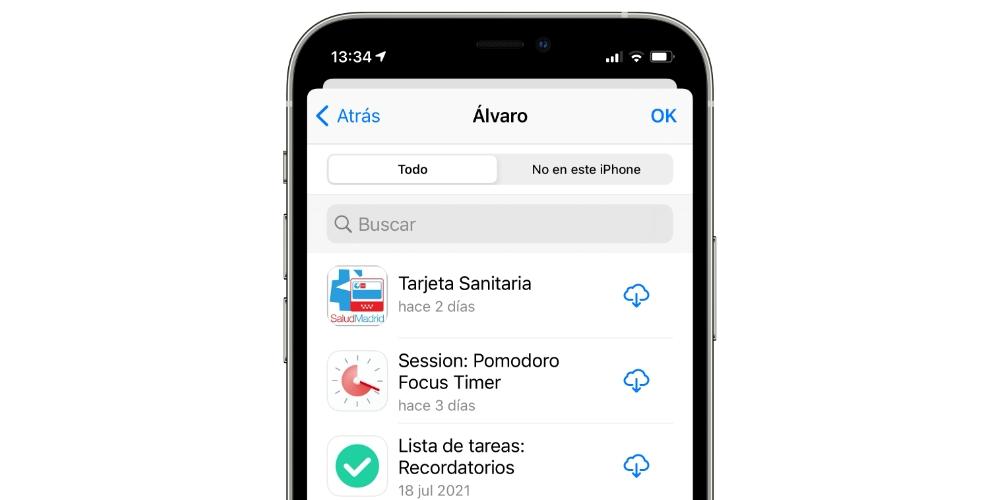 The App Store may be crashed

Just as a physical store can collapse if it fills with people, this also happens on the internet. Apple has perfectly prepared servers to admit millions of users downloading content simultaneously, but it cannot be ruled out that at some point there may be a certain collapse that makes the download slower than usual or that it cannot even be performed.

Related to this, there are also other problems on the servers that cause the App Store to not render normally. This can be consulted from a website enabled by Apple where the status of its services is reported. If you find that there are problems, unfortunately there is nothing you can do but wait. Luckily, these types of incidents are usually solved quickly, so probably in a matter of a few minutes you can be downloading apps without problems.

Mac and iPad compatible with the new Universal Control How to Make Chroma Key Videos in Final Cut on Mac 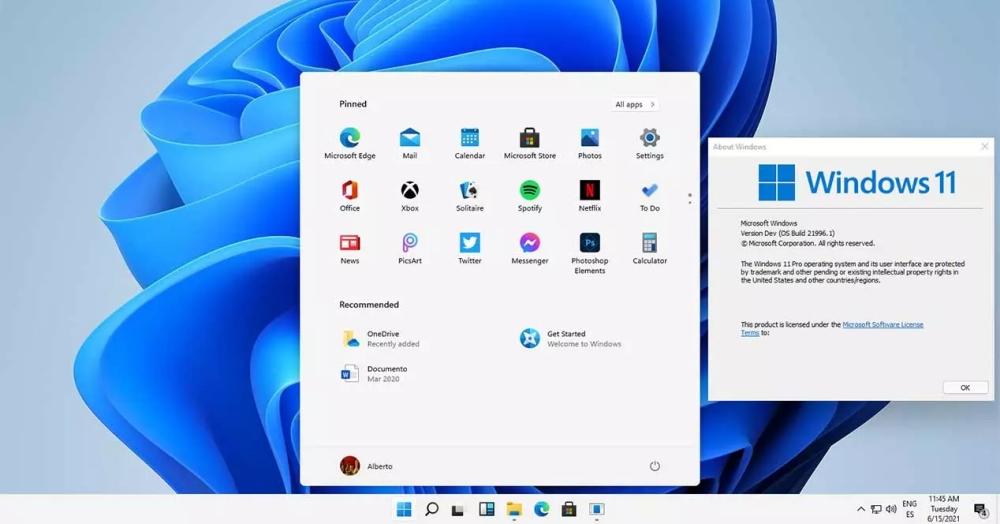 Will Windows 11 be usable on Mac computers?