There is less left for him first QD-OLED TV reach the market. And no, it is not Samsung that will show its technology, but it has been the Japanese manufacturer and its Sony A95K those who want to mark a before and after. And it is that this Smart TV has generated great expectation for the panel it uses: can this technology surpass traditional OLEDs?

Little by little we have been unraveling all the secrets of this Sony QD-OLED television, in addition to all the details that have been appearing after its presentation. In addition, Sony United Kingdom has carried out several sessions in which the specialized press could see live television.

Thanks to this we had a comparison between the Sony A95K and the Sony A90J where we could see the leap in quality between last year’s flagship and the current one. And now they are coming first impressions of the Sony A95K.

You may also be interested: Filtered the price of the Sony A95K: this will cost Sony’s QD-OLED Smart TV

First impressions of the Sony A95K

All thanks to the companions of HDTVTest shows us the first impressions of the Sony A95K. As expected, it is Vincent Teoone of the greatest experts in the audiovisual sector who has broken down the first details of a technology that wants to mark a before and after in the smart TV sector.

Although we invite you to this article where we tell you how QD-OLED technology works, Samsung wanted to manufacture OLED panels and without knowing very well where to go to differentiate itself from its national competition. And someone in the Samsung offices got a lightbulb. What if instead of using an RGB filter, we use nanoparticles (or Quantum Dots) to generate the color? What if we remove the white pixels and make them all blue?

Basically we would be talking about an OLED panel where all the pixels are blue (instead of white), To these would be added the famous Quantum Dots nanoparticles, which are molecules that when light falls on them (regardless of whether it is white or blue) are excited and can generate different colors. Samsung’s idea is to just add green and red Quantum Dots (blue would just happen), thus generating the three primary colors.

going back to first impressions of the Sony A95K, the first thing that stands out in the video is its design. He talks about the base of this television, indicating that can be placed on a piece of furniture or use a VESA mount compatible to hang it on the wall.

They also talk about the speakers of this Sony QD-OLED Smart TV. In this case, it has Acoustic Surface Audio+, a technology that we already saw in the Sony A90J and that turns the panel into a speaker. Of course, in the case of the Sony A95K, it has actuators on the back, which vibrate to create an acoustic that moves in sync with the image, in addition to two additional subwoofers that provide powerful bass and a spatial effect that allows the sound to travel from one side of the room to the other.

Sony explains why it has opted for QD-OLED technology 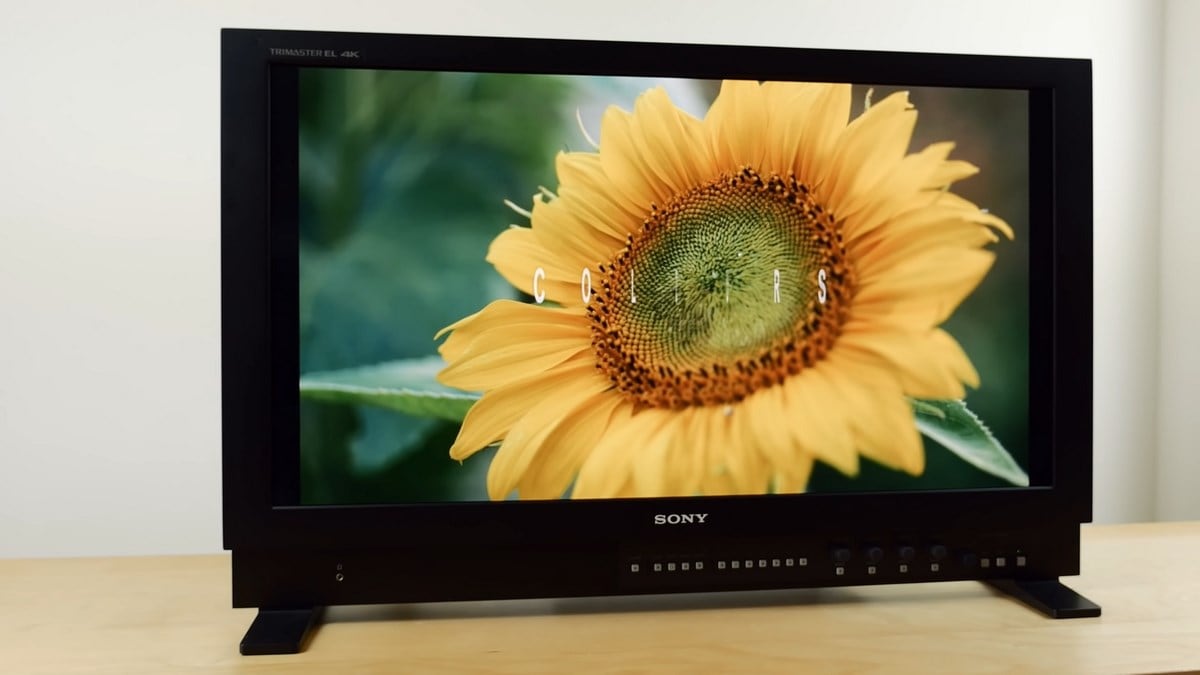 Image property of HDTVTestDuring this press event, the Japanese firm explained the reason why they had decided to bet on QD-OLED technology. And the answer will surprise you: Sony said that it was able to offer a color gamut capable of competing with the emblematic Sony BVM-X300 monitor, whose price is around 30,000 euros.

And the truth is that this explanation quite fits. Mainly because, as Vincent comments in the first impressions of the Sony A95K, it makes no sense that Sony wanted to bet on such a new technology whose future is still uncertain when its solutions with LG OLED panels work so well. Therefore, if they have decided to make the leap to this technology, which is also now limited to two diagonals of 55 and 65 inches, it is because they have given this decision a lot of thought.

We invite you to watch the video as they talk about the entire family of Sony televisions for this 2022, but it is clear that its main flagship, the Sony A95K, points out ways to be the great catalyst that the sector needs. More, if you take into account that there are already several media outlets that have been able to see the Sony A95K live and have said exactly the same thing: QD-OLED technology is far superior to OLED by offering better brightness levels.

The advance of the Omicron variant today December 9: WHO confirms that vaccines offer 6-month immunity