Both AU Optronics and LG Display are already working on LCD panels with a 480 Hz refresh rate, according to reports from TFT Central. According to these, LG Display works on several panel models, the first of which has a diagonal of 24.5 inches and 1080p resolution And with a launch projection for sometime in 2022, so if all goes well we will see the first 480 Hz gaming monitors on the market at the end of next year.

The first 480Hz LCD panels will only be Full HD

For its part, AU Optronics is also developing a 1080p and 480 Hz resolution panel, but in this case they have only said that they intend to start their mass production in 2022, without indicating a quarter or any additional information so we can only elucidate what will happen. with it (although it is true that the launch moment is most likely quite similar to that of LG).

At the moment there is not much more information available, which is not particularly surprising considering that the launch is still far away. Current 360 Hz displays use LED-TN panel, although it is true that the new 390 Hz AU Optronics panels have changed to the AHVA panel type (IPS type), but we do not know what type of panel the new monitors will use. 480 Hz neither from LG nor AU Optronics.

To be able to drive a panel with such an extremely wide variable refresh rate range (30 to 480 Hz) you will need extremely powerful display driver logic. This chipset (or maybe just a very powerful one) will need to include very high performance image processing capability, a suitable overdrive processor, a very fast TCON (time controller), and a general purpose processor that will manage the operation of such units. In short, these monitors will have a very powerful and advanced technology that will make their sale price quite expensive.

Too much refresh rate for current GPUs? 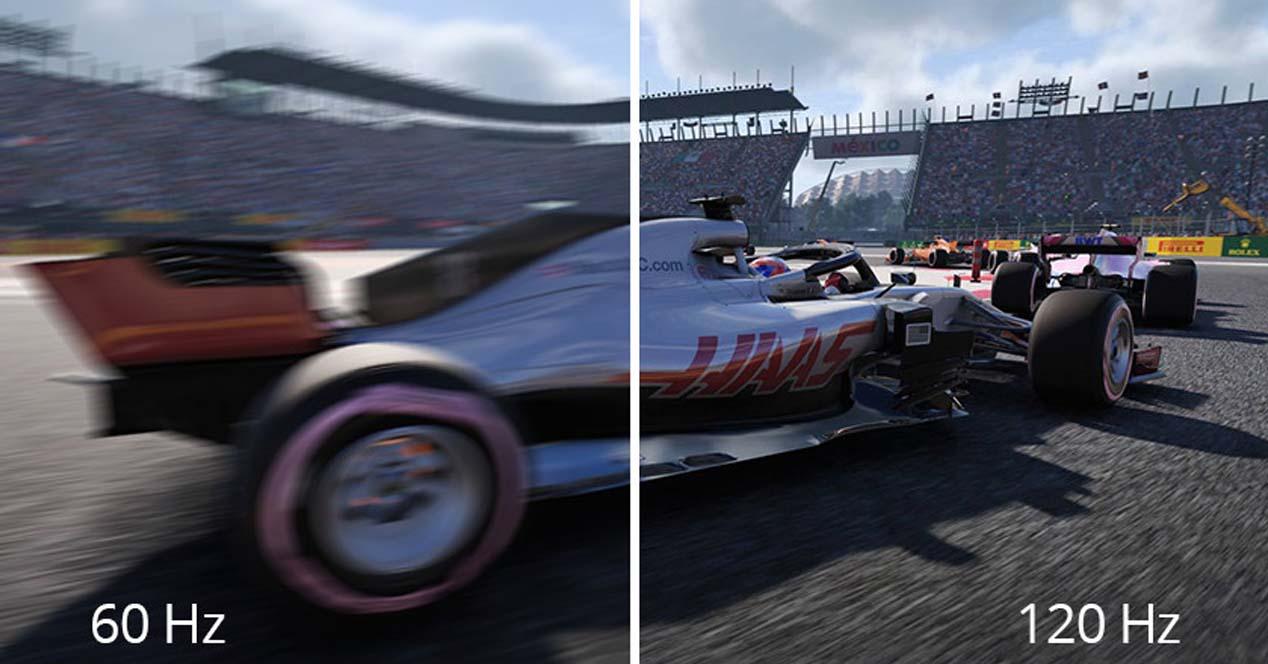 No matter how much refresh rate our screen has, it is of little use if the graphics card is not able to match the FPS with this value, even if you have variable refresh rate technology such as FreeSync or G-Sync. That said, even if you have a 480 Hz monitor if your graphics card is not capable of 480 FPS in games, in reality you are not only wasting the potential of the monitor but you could also incur stutteting and tearing problems if the technology Variable refresh rate does not work as it should.

Already for current 360 Hz monitors a top-of-the-range GPU is necessary and on many occasions we must content ourselves with relaxing the graphic settings to be able to reach these levels of frames per second that allow a fluid gaming experience, not to mention that for the moment They will only be available in 1080p resolution and ultra high resolution is not even considered.

Therefore, personally to us it seems too early to launch 480 Hz monitors when current GPUs already have problems handling 360 Hz. It is true that the launch of these monitors may not occur until at least within two years and by then we will have the new generations of GPUs from both AMD and NVIDIA, but we still do not have much information about it and we do not know what can happen.

The G-Lab gaming keyboard and mouse combo with 15% discount