A new study by Global Web Index reveals that the French spend “only” 1 hour 46 minutes a day on social networks. This is much less than Nigeria, for example, which averages 4.7 hours a day. This trend is also confirmed in all emerging countries, whose population is generally younger than Western countries.

On average, the French spend around 2.5 hours on the Internet each day. But how do they spend that time? If it is on streaming services and dating applications that they spend the most money, social networks are also a big part of the past on the Internet. Indeed, as shown by the new Global Web Index study, Facebook, Twitter and Instagram monopolize on average 1h46 of our days.

Globally, this figure climbs significantly to 2 hours and 27 minutes per day. Yet the United States averages just 2:14, while Japan plummets to 51 minutes. Among our European neighbors, the situation is the same: 1h29 in Germany, 1h33 in Switzerland and 2h14 in the United Kingdom. Thus, it is emerging countries that spend much more time on social networks.

Indeed, it is in Nigeria and the Philippines that we find the highest scores, with respectively 4h7 and 4h6 spent on social networks each day. A trend that can be found in many other countries in Asia and Africa, which surely has to do with their demography. Their population being very often younger, the rate of use of the networks necessarily increases.

On the same subject: Death of fixed telephony, the French spend 3 times more time on their mobile

While in economically more developed countries, the population is aging from year to year, a phenomenon particularly visible in Japan elsewhere. However, the most active age group on these platforms is 15-24 years old. A category that represents 20% of the population in Nigeria against 10% in Japan, and 12% in France. There is therefore no doubt that these results will increase in the years to come. 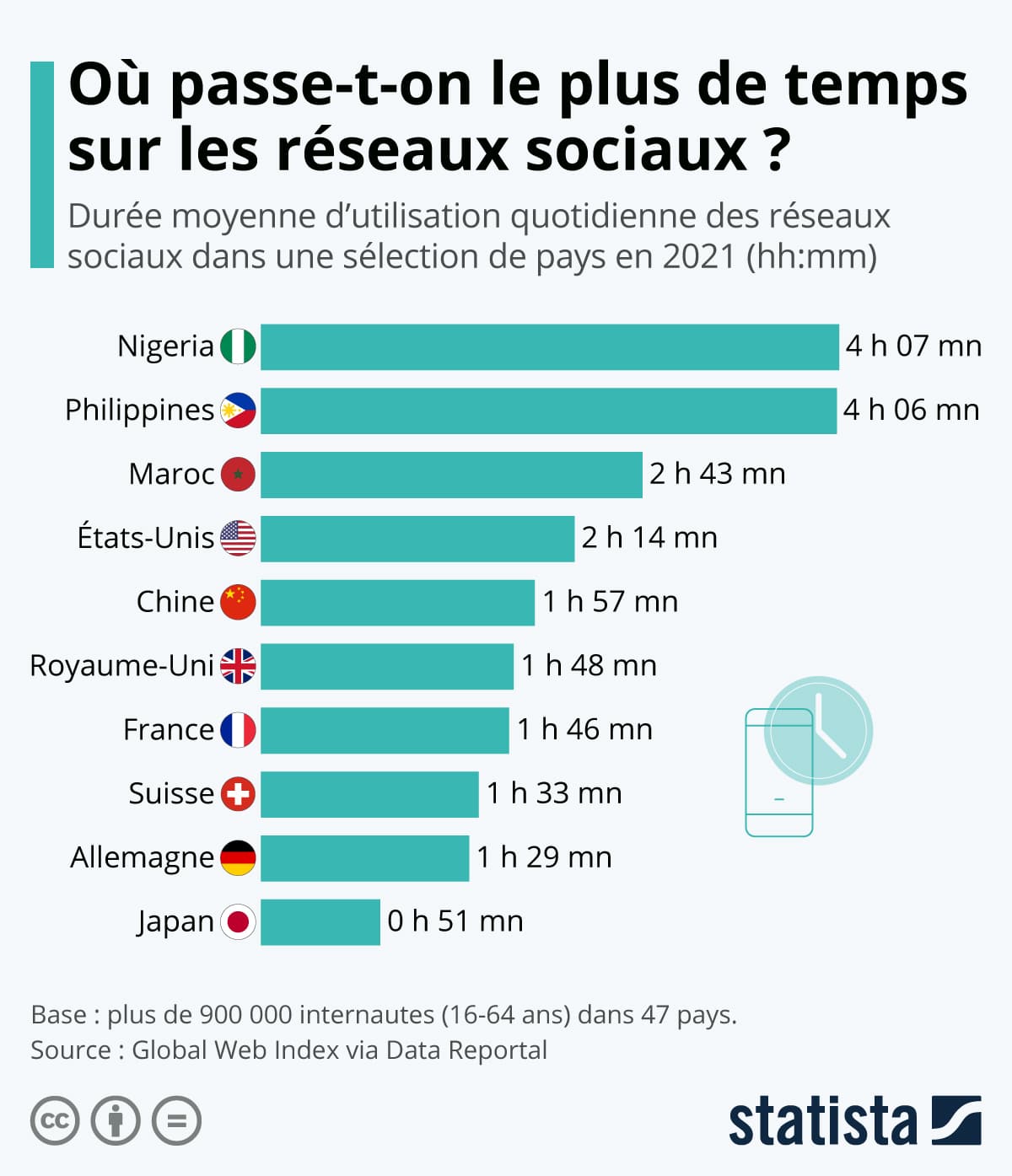 Elmo replacing Chalamet in Dune is all you needed today

This is what the new WhatsApp application for Windows looks like