Presented by the company a few weeks ago, today we have confirmation that Huawei Mate Xs 2 lands officially in Spainreinforcing the offer in the folding smartphone market, an ecosystem that is still quite small, and in which any novelty is more than welcome.

And it is that although some brands have opted for these new formats, the truth is that the demand for them today is still low, which means that the final price of these terminals is quite high… something that in turn time hinders its further proliferation in our pockets. A vicious circle that is difficult to break, and the reason why I believe that the technology companies that dare to bet on these formats are doing a considerable effort worth mentioning.

Such is the case of this Huawei Mate Xs 2, the renewal of the Huawei folding that comes with plenty of lights, but also a couple of shadows that can complicate your trading performance. We see your specifications and review these points

The first thing, and without a doubt the most captivating, that we see in the Huawei Mate Xs 2 is, obviously, its screen. Unlike other folding devices, in which two screens are mounted without separation between them, this time we are faced with a folding screen that covers the entire outer surface of the device. It is built with a 7.8-inch OLED panel with a resolution of 2,480 x 2,200 dots with a fairly square aspect ratio of 8:7.1.

The moment we fold it its size becomes 6.5 inches, with a resolution of 1,176 x 2,480 points in a much longer aspect ratio of 19:9. In both cases, the screen of the Huawei Mate Xs 2 offers a refresh rate of up to 120 hertzand has an anti-reflective coating that improves the user experience in bright environments.

We now take a leap into its interior and that is where we find one of its shadows, since the Huawei Mate Xs 2 is supported by a SoC Qualcomm Snapdragon 888 4G. It is surprising not to find a more current integrated, and even more so that Huawei has opted for the version without 5G cellular connectivity. Perhaps it is to reduce costs, perhaps because of the problems that the company is facing after its blockade in the United States, but the feeling is that we are seeing a Formula-1 car from this season, but equipped with an engine from the previous season. It is still a great engine, without a doubt, but in inferior conditions compared to its competitors.

Otherwise, the SoC relies on 8 gigabytes of RAMa decent amount, and some eye-catching 512 gigabytes of storage, an amount that we usually only find in the higher versions of 4G bumpers. of range, and that in the case of the Huawei Mate Xs 2 it is the standard option. This whole set is powered by a 4,600 milliamp battery with a 66-watt fast charge function.

Regarding its connectivity, this is determined by the chosen SoC, so the most notable point is that its cellular connectivity is 4G. This, at the top of the range of 2022, is something that is hardly justifiable and, therefore, a point that can negatively affect its reception in the market. Otherwise it has WiFi 6 (2.4 and 5 gigahertz), Bluetooth 5.2 and NFC. 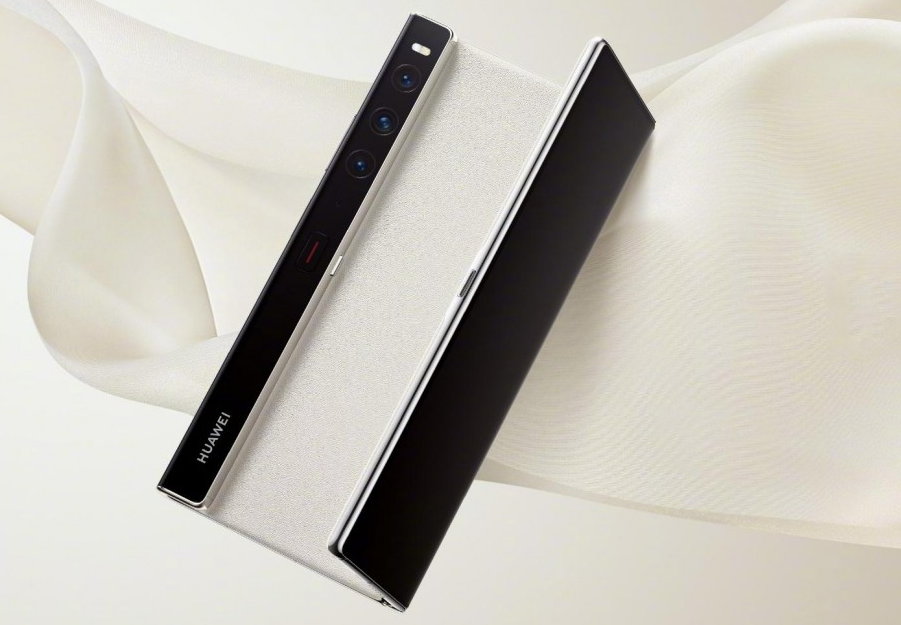 For its main camera, the Huawei Mate Xs 2 relies on three elements, a 50 megapixel main sensor with f/1.8 number, a 13 megapixel wide angle f/2.2 and a 8 megapixel telephoto lens f/2.4 with 3x optical zoom. As for the front camera, it is located in a hole in the upper right corner of the screen and is based on a 10.7-megapixel sensor with an f/2.2 number. A very interesting function is mirror shooting, as it allows users to preview the images they are going to photograph or record on screen with either of its two cameras. A very clever use of its folding screen.

And we finish the review of the Huawei Mate Xs 2 with its operating system, which as you may have already imagined is none other than HarmonyOS. The company does not have much room for maneuver in this regard after being vetoed by the United States to use technologies from the country, something that excludes it from being able to use Android. The problem is that for many users, not being able to count on Google services is a problem, forgive the redundancy. This, therefore, another of the shadows that tarnish a smartphone that, otherwise, is worthy of an outstanding.

Since Huawei has announced its arrival in Spain, we can understand that its sale will take place imminently, and its price is €1,999.

TikTok is testing a history of previously watched videos