Yesterday we commented to you the first performance results of the i5-12600K, the CPU together with its more modest KF version among the first batch of the new Intel Core 12. Well, new performance scores have come out of this processor that help us to make us an idea of ​​what we can expect from the most modest of the new generation of processors.

If yesterday we talked to you about the performance of an i5-12600K compared to a Ryzen 5 5600X under CPU-Z, today we bring you the data that complements these results so that you have a more objective perspective of performance and help you ordinally rate this processor of Intel compared to others of the same brand and AMD processors that are on the market.

While waiting for this CPU for PC to come out on the market, which because it is the lowest price within the Intel Core Gen 12 will also be the most popular, we are already beginning to have a more specific idea every day about the performance of this processor and the entire new range of processors under the new Alder Lake-S architecture.

Well, if yesterday we gave you the first performance results of the i5-12600K under CPU-Z, today we can specify them much better, since now we know that these have been obtained by putting all the 4.5 GHz P-Core cores and all the 3.6 GHz E-Cores which causes the processor TDP to go up to 125 W.

So the results that have been obtained at least in the multithreaded test have been with the clock speed above the base speed, logically. 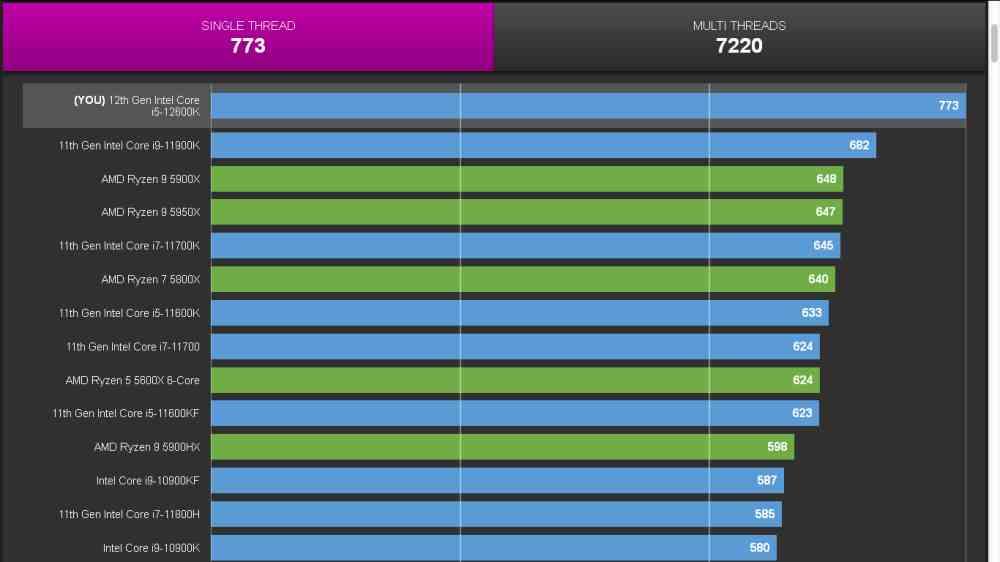 If we go to the specific results we will see that the score obtained by the P-Cores in the test that uses a single thread of execution is 773 points, which makes the Golden Cove cores the most powerful under ISA x86 up to the date and forces AMD to climb positions, either with Zen 4 as with the version with V-Cache of Zen 3. 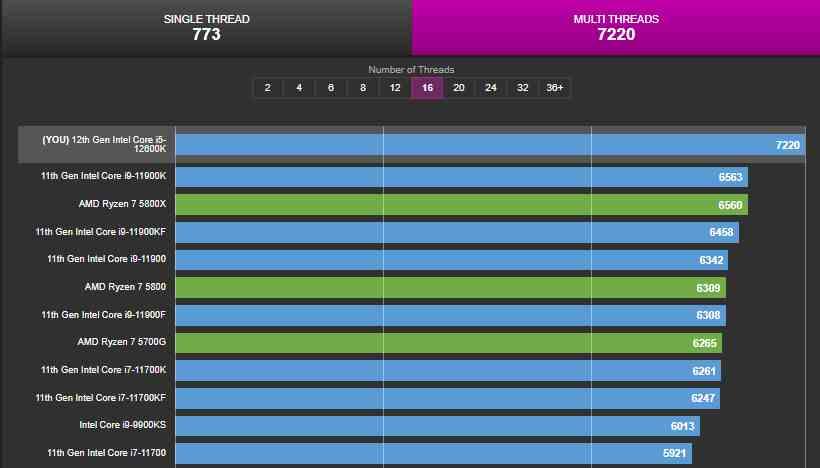 For the multi-thread test, in which the E-Cores also participate, it achieves a score of 7,220 points and is above not only the i9-11900K but also the AMD Ryzen 7 5800X. So if Intel’s downward pricing strategy is confirmed then Lisa Su’s are going to have a difficult Christmas, although we don’t know what the distribution level of the Intel Core 12 will be.

Waiting for results in real applications

The use of potentially heterogeneous cores is based on optimizing the location of the processes by the operating system, something that we do not know yet if the benchmarks do it correctly. What’s more, in the multi-threaded tests they still see PC CPUs as blocks where all cores are equal. So in a comparison in terms of equal number of threads, the CPU with high-performance cores will always win in theory.

We have to say that while waiting to see the performance of the i5-12600K on a day-to-day basis, we are surprised that it surpasses the Ryzen 7 5800X, which means not only that the P-Cores have a power to compensate the E -Cores, but the latter have a much higher performance than expected. Too bad the single-thread performance tests measure P-Cores, as we’d like to hear from your peers. 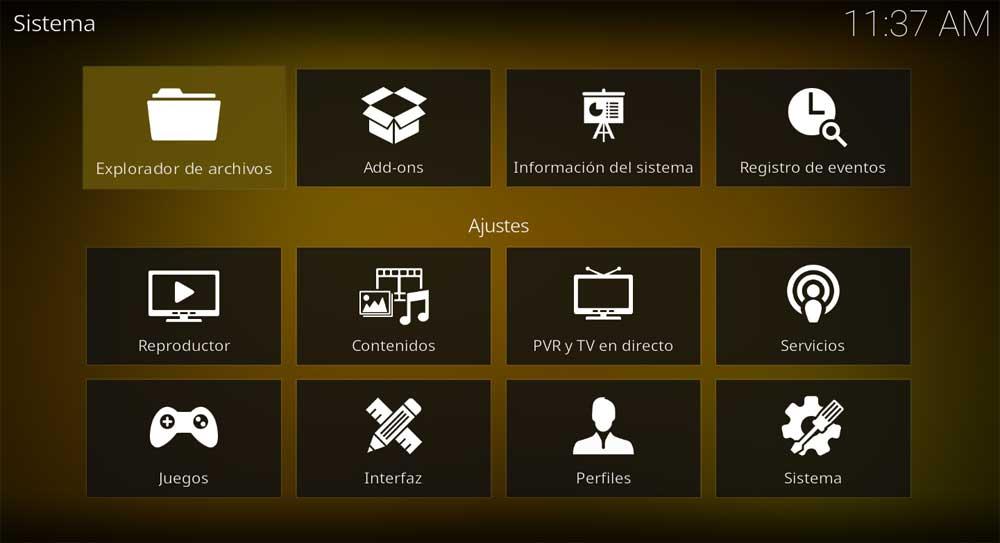 How much was a CPU worth 22 years ago? Have they gone up or down in price?