There is no doubt that the good thing about the PC is the fact that we can easily build a custom computer that fits our performance and budget needs. It is not necessary to buy a gaming computer with the most powerful graphics cards to be able to play and enjoy the benefits of the PC over consoles, but with a graphics card like this new AMD model it can give us enough power to enjoy of recently released games on the market at a more than acceptable frame rate and image quality.

That is why we are going to give you a bird’s-eye view of the specifications of the AMD RX 6500 XT, so that you have a rough idea of ​​what we can expect from it and for which market sector the most modest is oriented. of the RX 6000 family.

The first thing we have to take into account before talking about a graphics card is to talk about its GPU, which, like the rest of the 6000 series graphics cards, is based on the RDNA 2 architecture, but on a smaller scale, so It has support for technologies like Ray Tracing, Mesh Shaders, and everything that Microsoft requires for support for DirectX 12 Ultimate.

In any case, we summarize below the technical specifications of the RX 6500 XT:

As you can see we are facing a graphics card with lower specifications than the rest of the graphics cards, all this has allowed AMD to create a design with a very small chip, since it barely measures 107mmtwo of surface and with a 107W consumptionwhich makes it ideal for creating systems with Mini-ITX boxes such as an HTPC.

You will be able to find models of the RX 6500 XT from various manufacturers in the form of a double slot card, but also with an extremely compact size. And it seems that the Radeon Technology Group has designed it in order to build compact, low-power and extremely quiet systems. 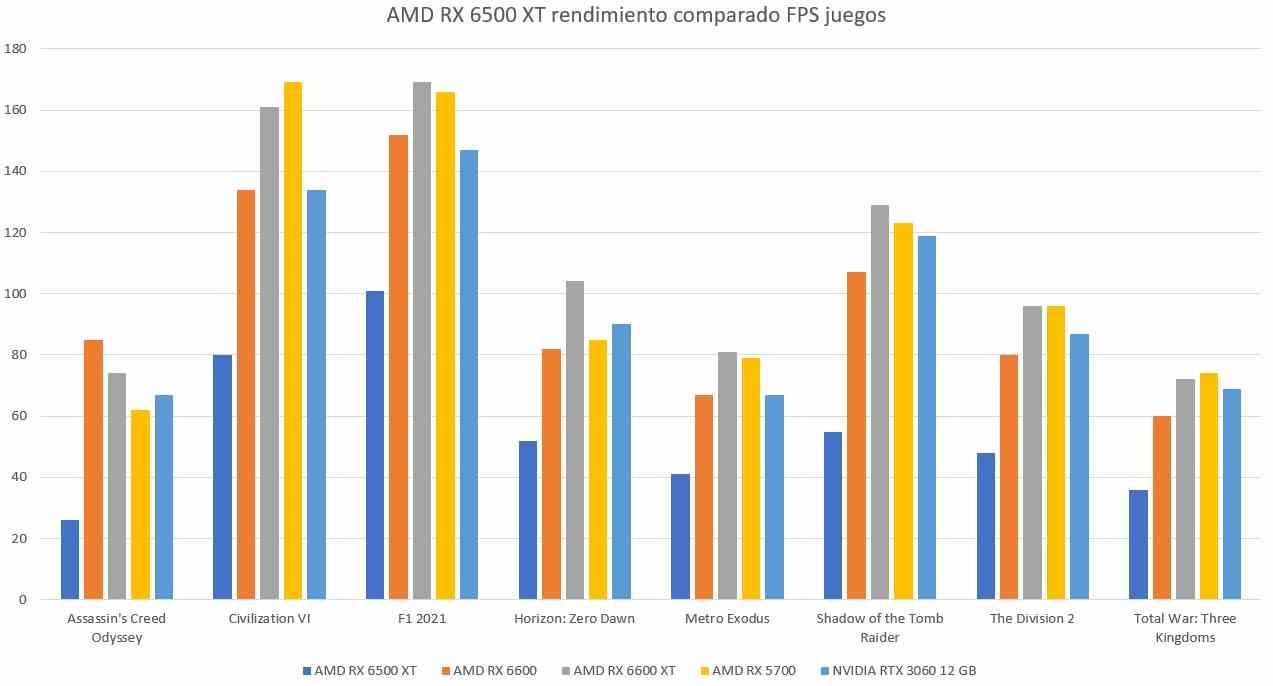 What interests us in any gaming-oriented graphics card is to see its performance in terms of games, because we are not dealing with a GPU designed for high resolutions, we have not tested it at 4K or 1440p resolutions, since if you are interested in playing at higher resolutions then our recommendation is that you opt for much more powerful models. Let’s not forget that this RX 6500 XT is designed for 1080p, but with nuances.

Therefore, the different performance tests have been executed all at once full HD resolution, and we have been surprised that in many titles with which we have tested the speed of the games in many cases does not reach 60 frames per second with the games being run in high graphics quality. This tells us a lot about who the RX 6500 XT’s target users are. 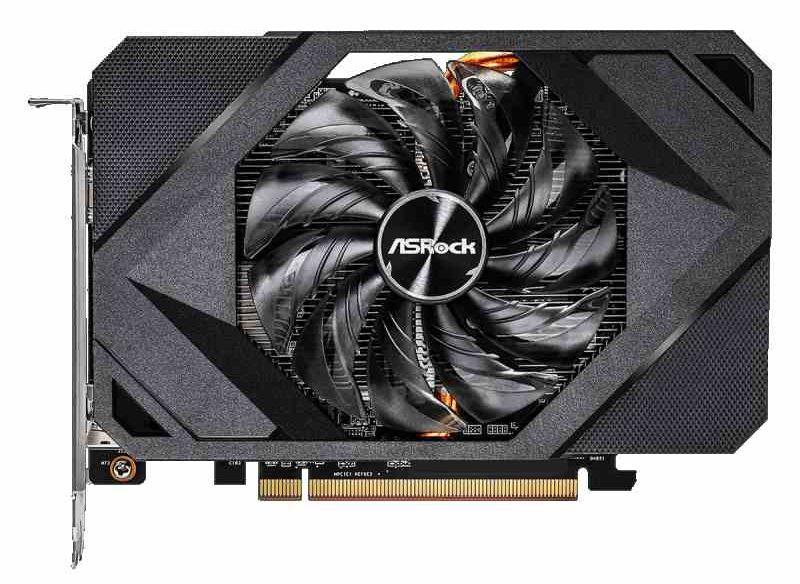 We are facing a graphics card model that is more well thought out for eSports games such as League of Legends, Fortnite, Call of Duty: Warzone, CS:GO, and so on. In other words, games for the eSports market that are not based on achieving high visual fidelity, but rather on speed.

Another of the potential markets that may be interested in the AMD RX 6500 XT are the so-called Lapsed Gamers, people who build low-cost gaming systems with the aim of playing games that are already a few years old and, therefore, they do not require state-of-the-art power. Although in general its performance is lower than expected due to its 64-bit bus, which is a form of protection against the cryptocurrency mining market and makes its availability much higher.

Finally, it is a compact design that is ideal for creating a high-caliber HTPC that can be used to emulate various retro systems and enjoy them from the high-definition television in our home. From a certain point of view, it is the successor of that R9 Vega Nano that aesthetically dazzled us a few years ago and we are, therefore, facing an ideal design for Mini-ITX systems, although for this we have had to pay a significant loss of performance in the process.

Not sure which version of DirectX you have? This app helps you