The video game The Last of Us is going to be adapted into a series by HBO! If the release is still far away, we are starting to know a lot about this event production. Release date, platform, cast, we tell you everything we know.

The Last of Us is HBO’s next big event series. While production is still underway, we already have a lot of information on what awaits us. In this file, we will compile everything we know. Whether you’re a fan of the license or don’t even know what it’s about, we will sum it all up for you. Of course, we will update this little file according to new information.

What is The Last of Us?

The Last of Us is the basis a video game released in 2013 on PlayStation 3. It is developed by Naughty Dog, also known for its Uncharted and Crash Bandicoot sagas. This is an adventure game in a post apocalyptic world. The gameplay is very classic. We evolve in levels by eliminating the enemies who stand in our way. But its strength lies in its quality of writing, its mastered rhythm and its very high-flying staging. Graphically, it is also a small slap for the time.

The game received critical acclaim upon release and quickly built up a hard core of fans. It was then adapted on PS4 in 2014 with better graphics. A second part was released in June 2020 under the title The Last of Us Part 2. Again, the critics were rave and the commercial success was there, despite some controversy. A remake of the first episode is currently in development for the PS5.

Note that a remake of the first part is currently in development on PS5.

The Last of Us, what is it about?

The Last of Us tells the story of two characters: Joel and Ellie. Twenty years after a zombie apocalypse, the world is in agony and communities are trying to survive here and there. Joel, who saw his daughter die before his eyes, is a disillusioned and embittered man. He is then given a mission by the Fireflies, a paramilitary organization. He must bring a young teenager named Ellie to the other end of the United States. With nothing left to lose, Joel accepts the job.

Go then tie a strong relationship between the two protagonists, two lost souls in a world on the brink of extinction. Joel sees Ellie as his missing daughter while the young teenager finds the father figure she never had. The game is a twilight road-trip inspired by the novel The Road by Cormac McCarthy (adapted for the cinema in 2009 with Viggo Mortensen).

Neil Druckmann, creator and executive producer of the game, assures that The Last of US series will take the essence of the game’s story and characters. On the other hand, the studios will take liberties on the less essential details, such as the look of the characters in particular.

Moreover, we recently learned that the chronology of the series would not completely respect that of the game. Indeed, the epidemic of Cordyceps would take place in 2003 rather than in 2013. In fact, the meeting between Ellie and Joel would have take place in 2023, not 2033 as in Naughty Dog’s game. Impossible to know for the moment why the showrunners decided to make this modification of the spatiotemporal framework.

When will The Last of Us air?

The Last of Us does not currently have a release date.. The pilot episode, which is always the longest to conceive, has been finished according to its director Kantemir Balagov. At the time of writing these lines, the following episodes are still being produced. 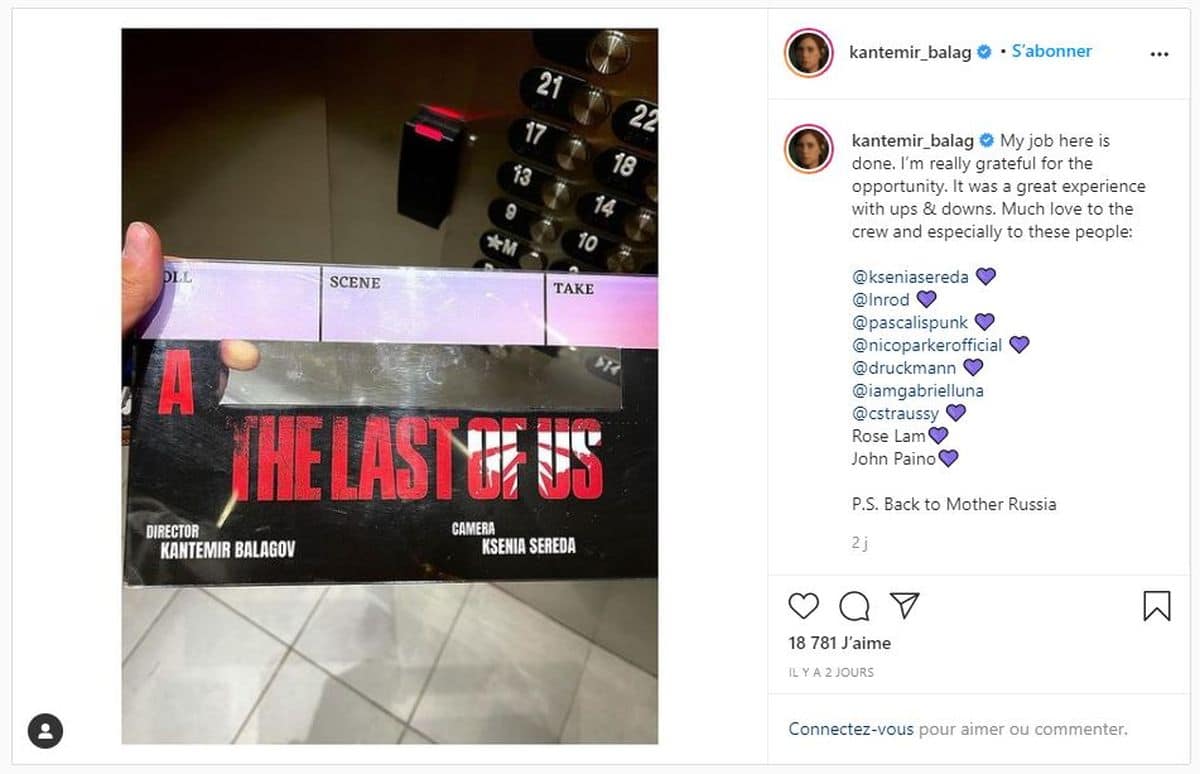 With such a calendar, it will not be necessary to expect to see the episodes arrive before 2022. It is generally necessary to wait a little less than a year between the shooting and the exit for a series. A little more for ambitious series, which is the case with TLOU. On the other hand, it is not impossible that we have the right to a trailer before the end of the year.

On what platform will The Last of Us be broadcast?

The Last of Us series is planned to air on HBO in the United States. We are talking here about the famous channel, and not its HBO Max streaming service, which also has exclusive series. In France, it is the OCS service which broadcasts the content of the American network. We can therefore theoretically expect to see the series arrive on this platform. However, things can change very quickly.

The HBO Max service will arrive in fourteen European countries before the end of the year and could offer the series to viewers on the old continent (who logically do not have the HBO channel). Nevertheless, France is not yet concerned, so we can still bet on OCS. But 2022 is a long way off, and everything could still change by then.

Who will be in the cast?

Fans of the license were eager to see which actors were going to embody Joel and Ellie on the screen, while apprehending this announcement. Ultimately, the two chosen ones have been unveiled on February 11, 2021. Fun fact, they both already appeared in the Game of Thrones series.

Joel will be played by Pedro Pascal. He is undoubtedly the actor of the moment. After making himself known to the general public with the role of Oberyn Martell in Game of Thrones, he continued his momentum in the very good series Narcos. Game of Thrones opened the doors of the big screen to him and he notably played in the Chinese blockbuster The Great Wall or in Kingsman, the Golden Circle. Recently, he played Maxwell Lord in Wonder Woman 1984. But the consecration came thanks to a Disney + production: The Mandalorian. It is indeed he who holds the leading role in the first Star Wars series, which enjoys unprecedented popularity. Paradoxically, we see very little of his face over the episodes, his character constantly wearing a helmet.

Ellie will be played by the young Bella Ramsey. Being only seventeen years old, his career is logically less rich than that of Pedro Pascal. We could see her in Game of Thrones, where she caused a sensation by playing the charismatic Lyanna Mormon, but also in the series His Dark Material. She also held the main role in a lesser known series dedicated to children: Amandine Malabul, clumsy witch. The latter is available on Netflix.

Tommy, Joel’s brother, has an important role in the game. He will be back on screen as Gabriel Luna. We have seen the Texan actor in TV series like True Detective and Agents of SHIELD, but also in the cinema. It is indeed he who embodies the villain in Terminator Dark Fate.

Sarah, Joel’s daughter will be her played by Nico Parker, which we saw in the movie Dumbo. Finally, Marlene, the boss of the Fireflies, will also be in the series. Fun fact, she will be played by Merle Dandridge… who already voiced the character in the game.

Who produces and who directs the series?

Confidence is in order when you see who is producing and writing the series. Indeed, HBO cast Craig Mazin to bring it to life. He’s hardly a rookie, having written scripts for several parts of Scary Movie and Very Bad Trip. But his greatest achievement is the mini-series Chernobyl (which aired on HBO in 2019), which caused a stir when it was released. Craig Mazin will be supported by Neil Druckmann, who is none other than the creator and director of the two The Last of Us games. We can therefore expect great loyalty from the series (even if differences are announced at the level of the story), as well as a very raw tone. This is reassuring.

Evan Weels, president of Naughty Dog, and Carolyn Strauss, who worked on Game of Thrones, Deadwood and Chernobyl, will also be in the credits as producers. The first episode is him directed by Russian filmmaker Kantemir Balagov. This is an author with several films to his credit, including Une Grande Fille, awarded at Cannes in the Un Certain Regard category.

Finally, it should be noted that the music will be composed by Gustavo Santaolalla. If this name means nothing to you, know that he knows the saga very well, since he wrote the music for The Last of Us 1 and 2. He was also awarded an Oscar in 2006 for the soundtrack of The Secret of Brokeback Mountain.

For the moment, HBO has started only one season, but it could continue if the success is at the rendezvous.

How many episodes will there be?

The first season will consist of ten episodes, according to Craig Mazin. He also took care to specify that all episodes will last one hour. We will therefore have a 10-hour adventure, which will leave plenty of time to cover all the events told in the game, which ends in about 15 hours. 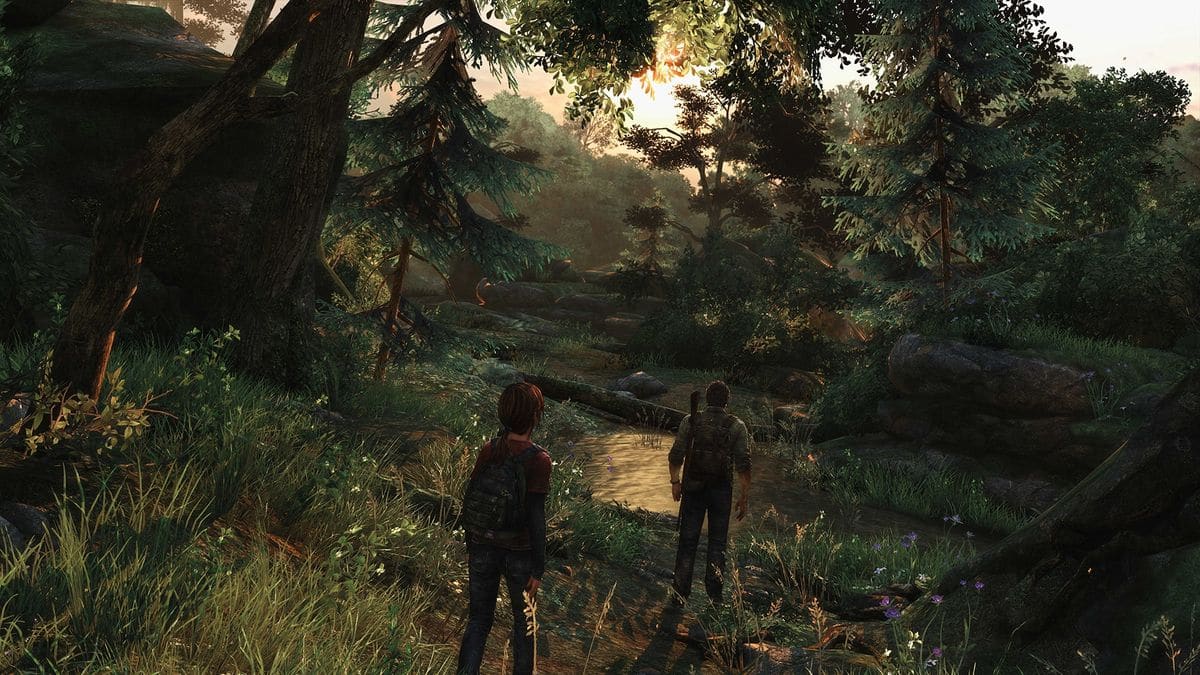 We will obviously update this file according to new information on the series. Are you expecting it? Are you afraid of the result? Tell us in the comments !

Matrix, the Internet, and an outdated distribution model

Is Netflix stealing Christmas from the kids with this movie?

Android 13 will show new information about the screensaver

An Asian city will be the first to create a metaverse, this is all we know