The Last of Us is getting a remake for the PS5. Soberly titled The Last of Us Part I, this game will modernize the basic work and bring major new graphics. In this file, we tell you everything you need to know about it.

The Last of Us was released in 2013 on PS3 and it is considered one of the best games in PlayStation history. He marked a whole generation of players and the Naughty Dog studio decided to give it a second life through a remake.

Announced during the Summer Game Fest on June 9, 2022, this remake is named after The Last of Us Part I (to echo the second part which is called The Last of Us Part II). In this file, we are going to go around what there is to know about this new game. We will obviously update it if there are new features.

What is The Last of Us?

The Last of Us was released in 2013 on PS3. This is a third person action/adventure game quite classic in its gameplay: we evolve through levels and we alternate between infiltration phases and action phases. Here is the trailer from the time:

What marked the players, it is indeed the writing of the title and its universe. TLOU tells the story of Joel. Twenty years after the start of the zombie apocalypse, the world is in agony and our hero tries to survive somehow. Having lost his daughter at the start of the disaster, he is completely disillusioned. He is then entrusted with a strange mission: to escort a young teenager, Ellie, to the other end of the United States. Little by little, a strong relationship will be forged between the two, Joel seeing in Ellie his missing daughter. A twilight road-trip inspired by the novel The Road by Cormac McCarthy.

At its output, The Last of Us was a critical and commercial hit. Even today, it peaks at 95 out of 100 on the aggregator Metacritic. This is one of the highest rated games in history! In 2014, the Naughty Dog studio continued to ride the wave by releasing a “Remastered” version of its title for the PS4, with smooth graphics. In 2020, the game was entitled to a sequel: The Last of Us Part II. Again, the reviews were unanimous. The score on Metacritic is 93 out of 100.

In 2022, The Last of Us the right to a new life thanks to this remake

When is The Last of Us remake coming out?

The Last of Us Part I will be released September 2, 2022. A very close release date, since Naughty Dog has chosen to announce its game at the last moment.

What platforms is The Last of Us Part I released on?

The Last of Us Part I is out on PS5 and PC. The September 2 date is for the console version. PC users will have to wait some time, since no date has yet been given for this version. But it should be out before the end of the year. 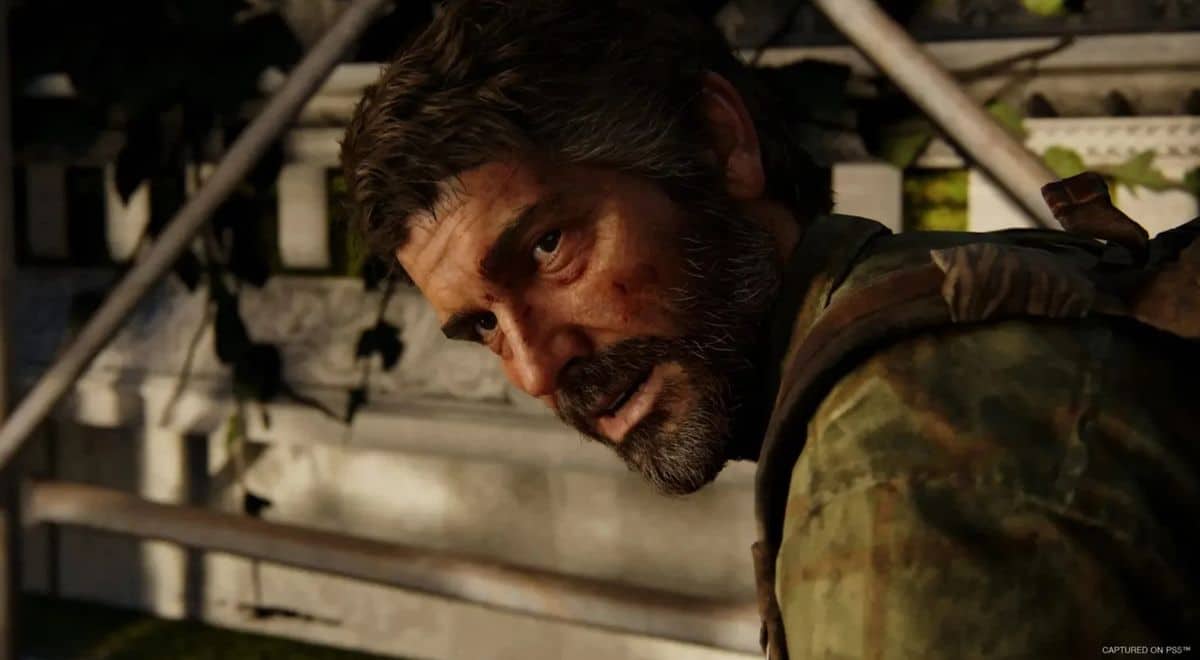 To note that the game will not be available on PS4, since it is a “new-gen” project only.

How much is The Last of Us Part I?

The Last of Us Part I is sold at 79 euro, the classic price of a PS5 game. It is interesting to see that Naughty Dog has chosen to sell its title at full price. It’s already available for pre-order on PSN. 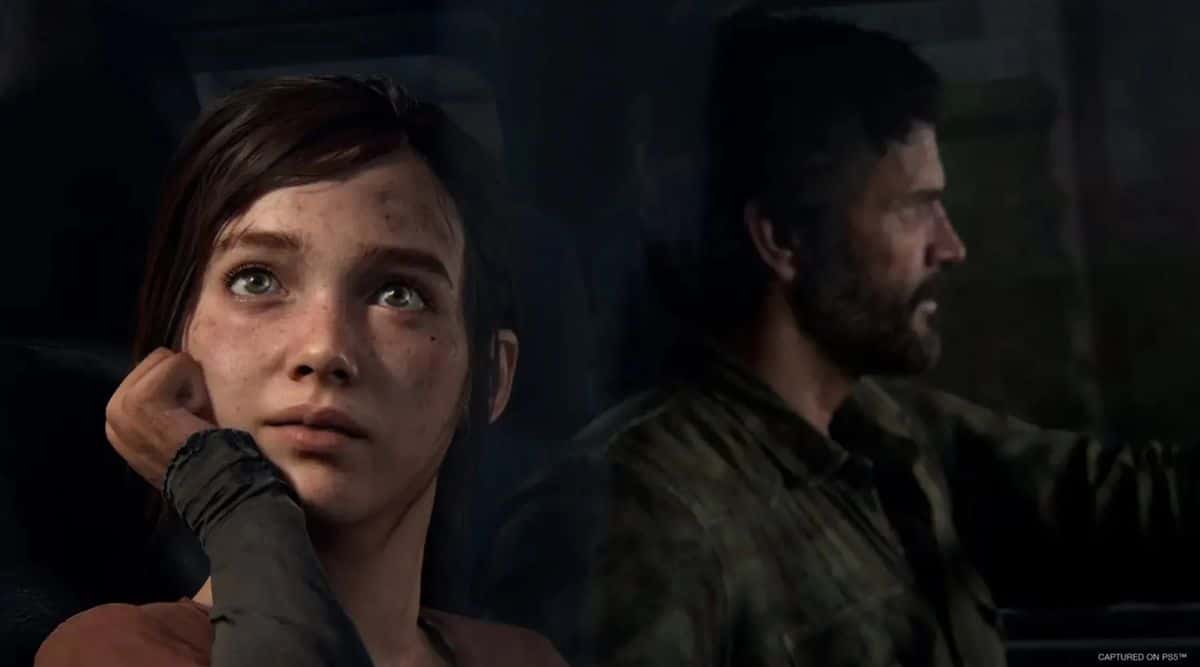 Two other editions will be offered. For the moment, Sony has not indicated if they will be released in France. The Digital Deluxe Edition (download only) will include the game, but also items and exclusive weapons to use during the adventure. It is displayed at 89 euros. 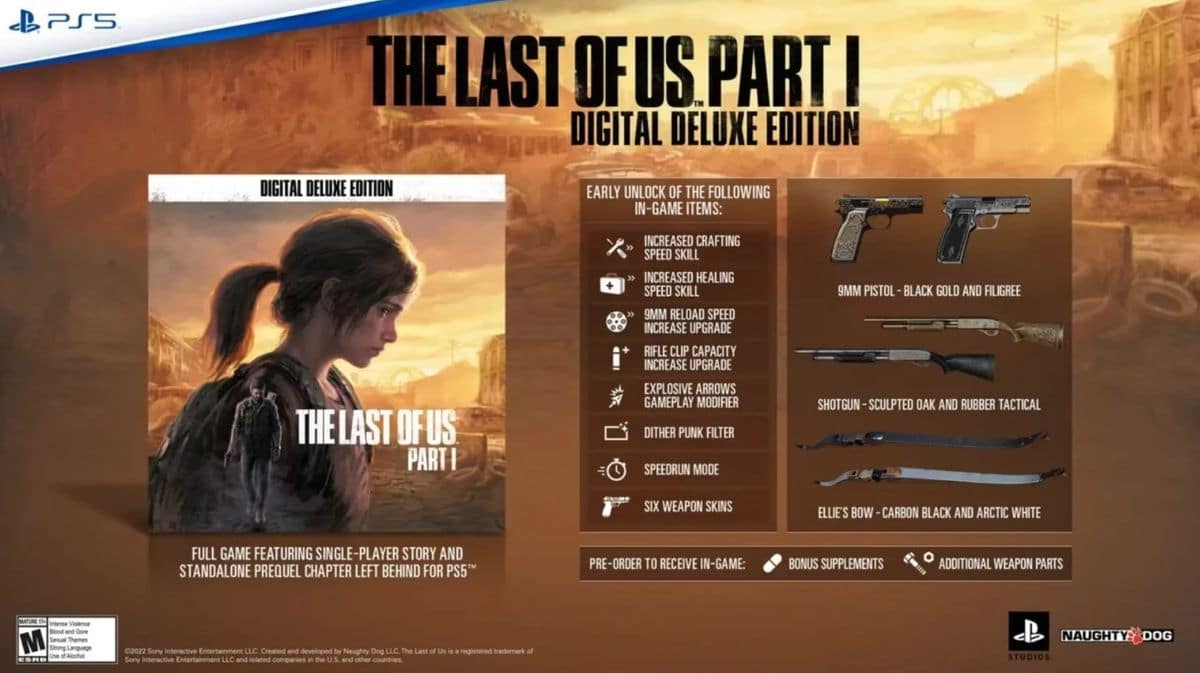 The Firefly edition is physical. It includes all the bonuses of the Digital Edition, but also a Steelbook case and a comic book. She is sold 100 euros. 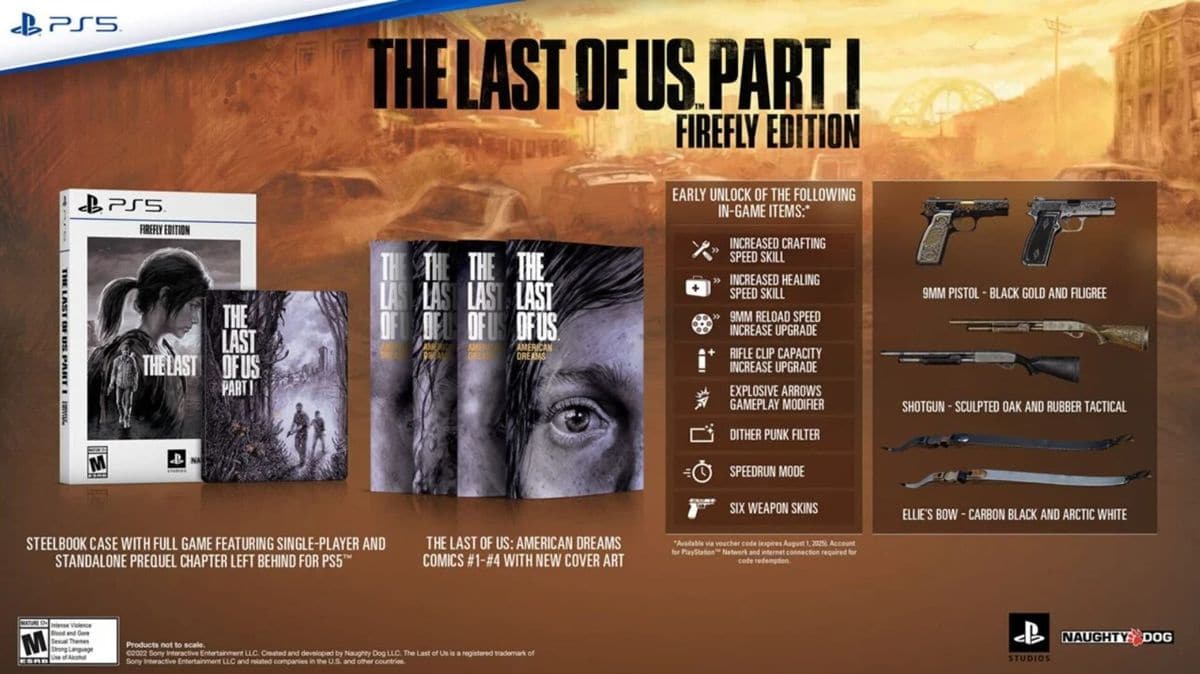 What’s new for The Last of Us Part I?

The Last of Us Part I is a remake. Unlike the 2014 Remastered version, it doesn’t just feature graphical smoothing. Naughty Dog indeed claims to have resumed the game from the foundations, at least as far as its visual part is concerned. 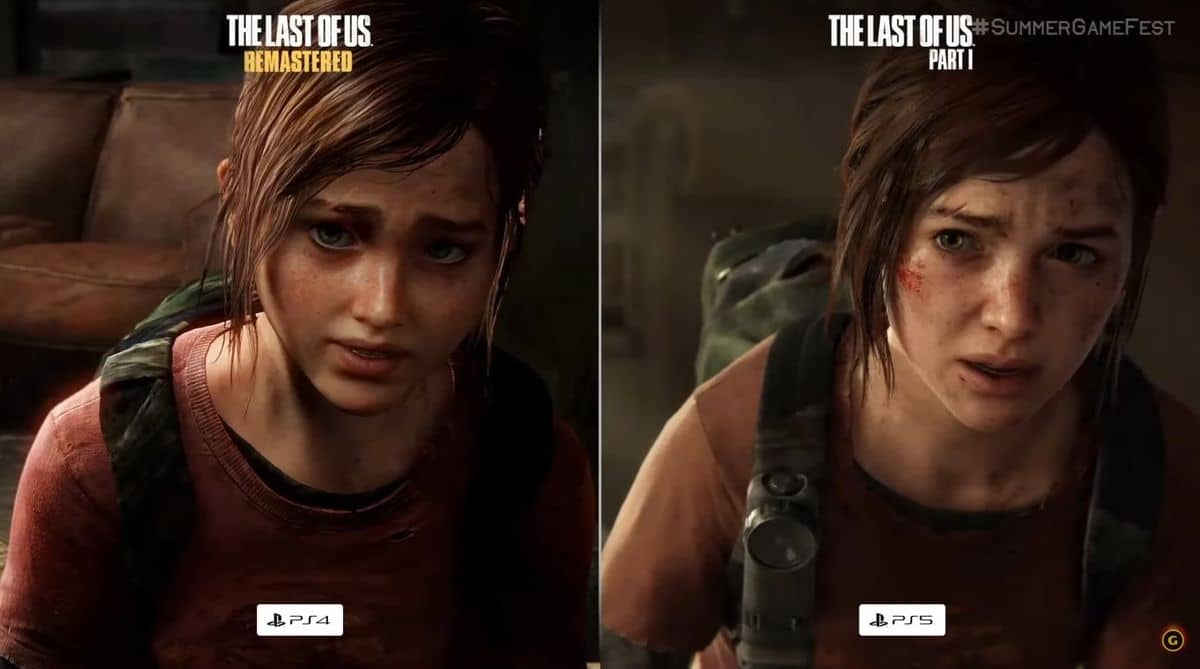 As we can see, the title is better. For good reason, since it takes up what was done with The Last of Us Part II, which is still a graphic slap today. To fully appreciate the progress, Naughty Dog has unveiled comparisons between the PS4 version and the PS5 version. There is certainly not a chasm, but the technical improvement is there. The animations have also been reworked. 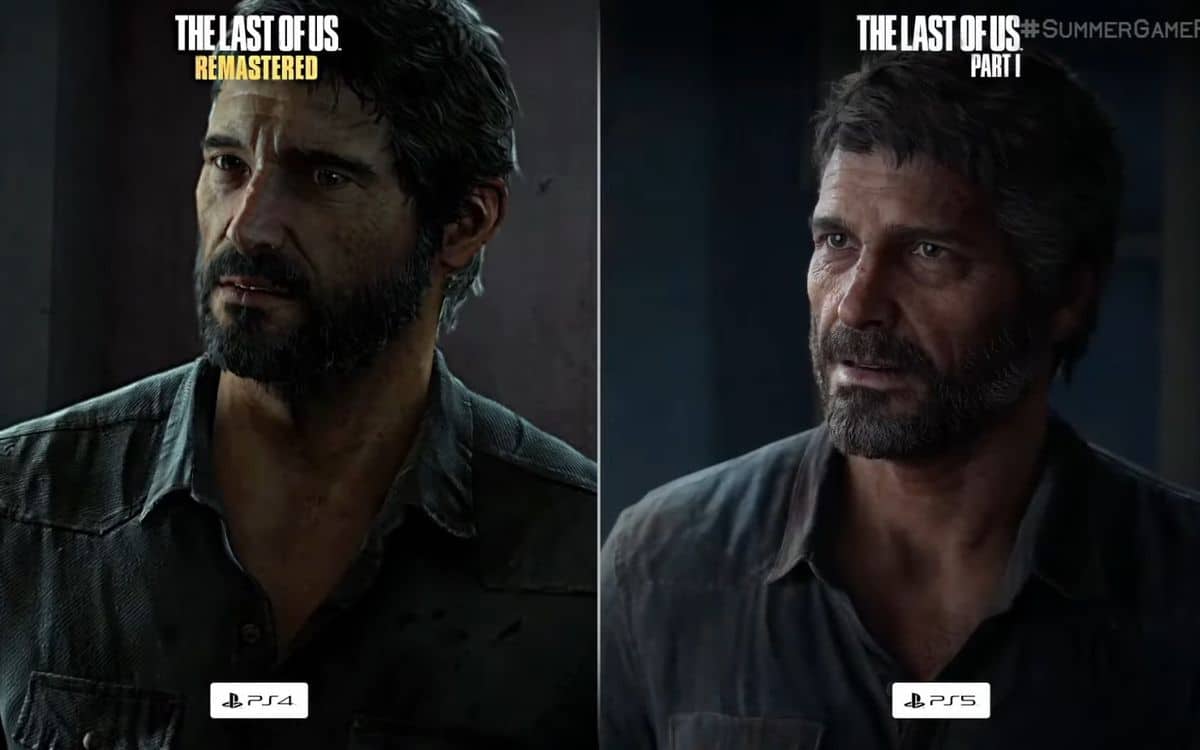 For the rest, we will have the same game. The level design is similar, as is the story or the cutscenes. However, it is not known if the gameplay improvements of the second episode will be implemented or if there will be additional game phases. To note that the Left Behind DLC will be included in this remake. 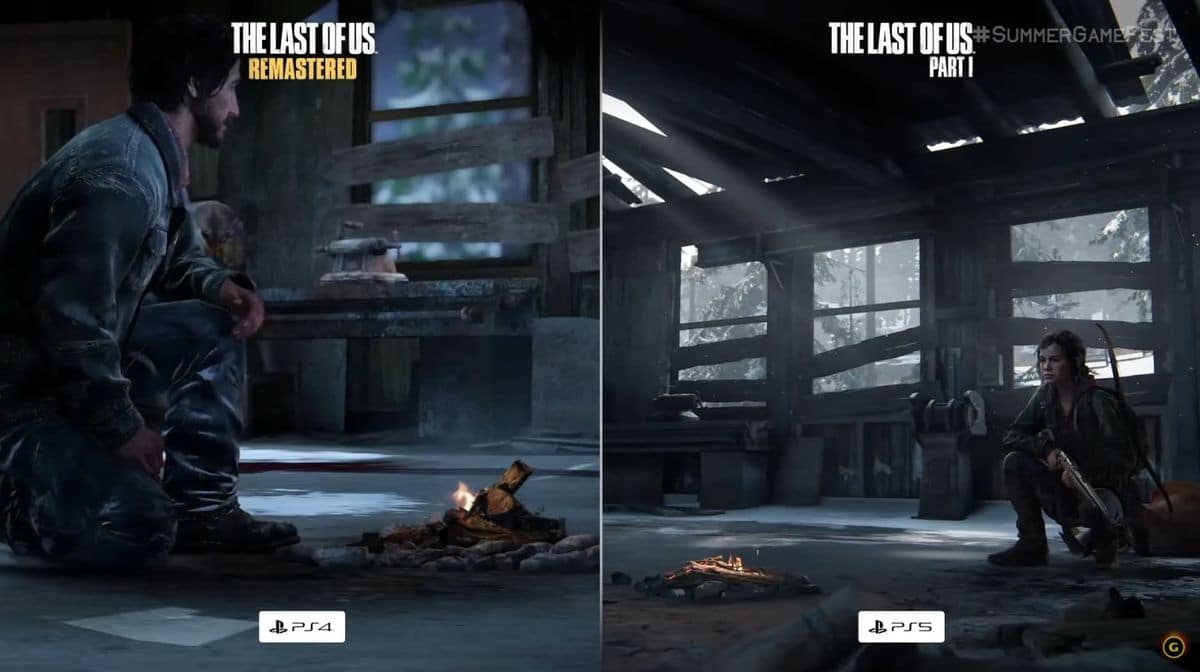 So we have a pure graphic remake, but a game that remains extremely faithful to what it was originally. Here, it is the coating that changes. A way of doing things reminiscent of Diablo 2 Resurrected, which has greatly modernized the visuals, while keeping the gameplay of the year 2000.

The Last of Us Part I is not going to erase the original game. For those who don’t have it in a box, it’s even very easy to play! The Last of Us Remastered (the smooth version for the PS4, therefore) is indeed available in the PS Plus Collection. This catalog is accessible to all PS Plus subscribers who have a PS5. A good opportunity to (re) launch it before the arrival of the remake. 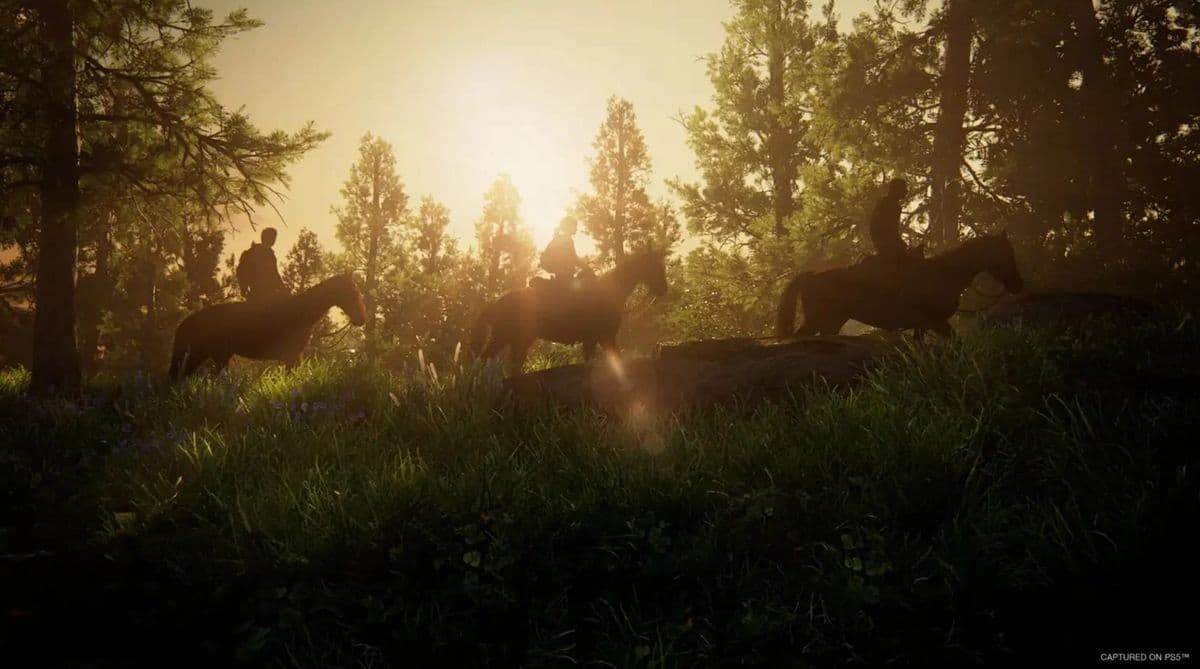 If you still have a PS4, the game is available on the PS Store.

What are the other projects related to The Last of Us saga?

The Last of Us is a real saga that Naughty Dog intends to exploit. For now, there is no Part III planned, but other equally interesting projects are in the works. The first is the series on HBO with Pedro Pascal and Bella Ramsay. It will take up the story of the first game (and therefore this remake) and will be released in 2023. 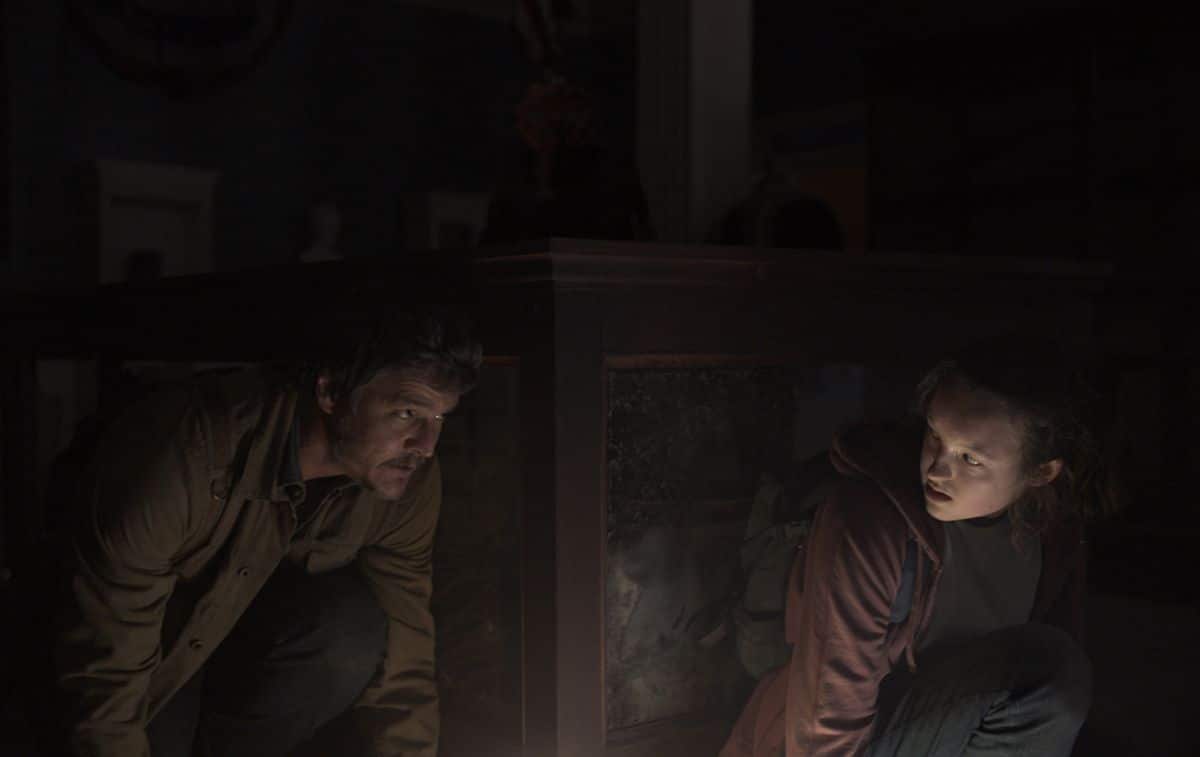 The other project is a 100% multiplayer game made official by Naughty Dog during the Summer Game Fest. It does not yet have a name, but we know that it will be as important as a single-player game and that it will take place in San Francisco, a city not yet explored by the license. We will have more info in 2023.

You can now play ARMA on Xbox Series in advance

Razer Kraken V3, the headset with multisensory immersion in games