DJI Mavic 3, the best drone in the world is even better

Each new iteration of DJI drones provides one or more characteristics by which the product surpasses the previous one that it replaces or, in the case of being a new proposal, opens a new range of possibilities. The latter happened with the Mini, very compact drones that practically fit in the palm of the hand.

Now with this DJI Mavic 3 the idea is none other than to improve what already had to be even better and they have succeeded. The new drone of the Chinese manufacturer has been redesigned and although physically it does not differ much from the previous ones, it does allow it to have a better flight and ability to capture higher quality aerial images. 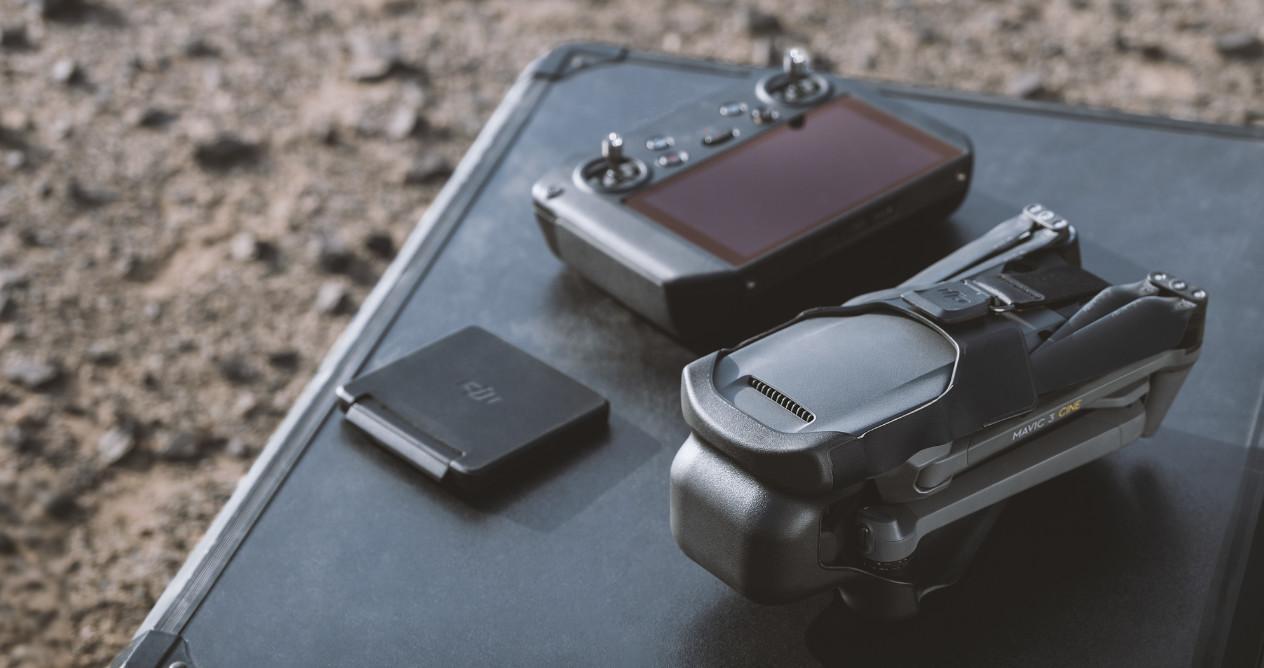 Physically the product is almost identical, with that folding system that allows it to be carried from one side to the other in a much more comfortable way. Although the slight differences that can be found tend to an improvement in the omnidirectional obstacle detection systems and greater flight autonomy by being able to make use of new batteries (up to 45 min autonomy). 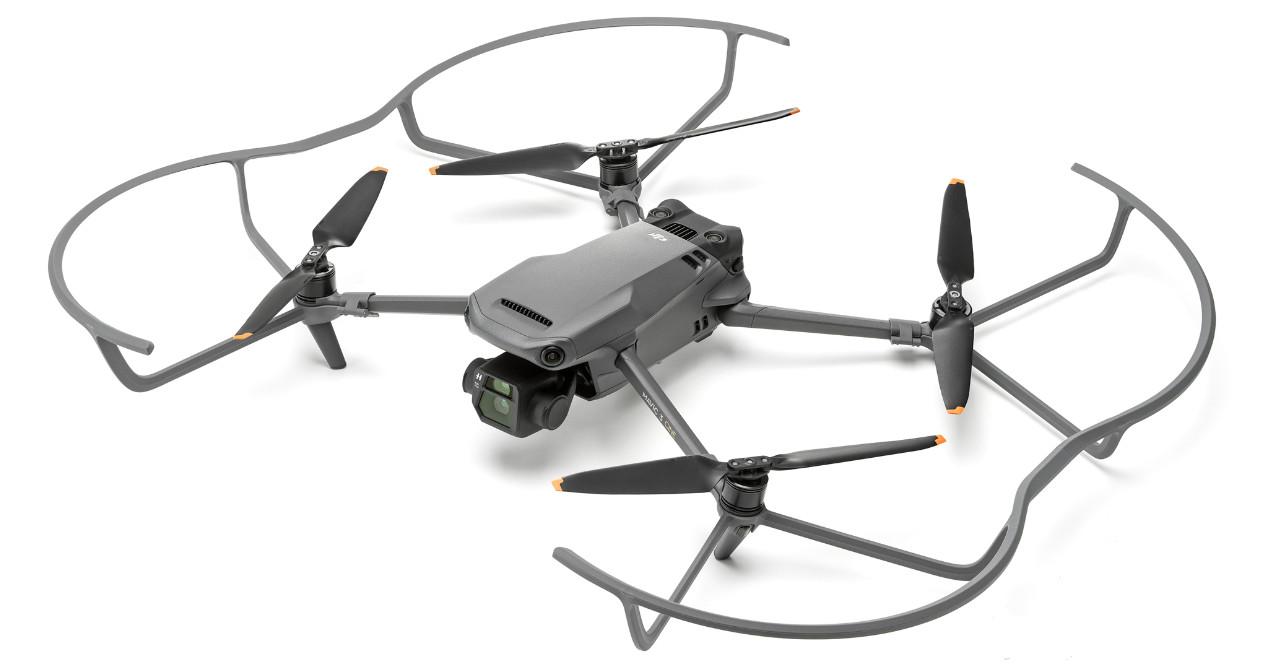 These improvements also influence the intelligent flight modes (MasterShots and Panoramic 100MP), which the brand now says are also better. So for users less expert in drone flight, it will be easier to get epic shots without compromising an essential aspect in this type of equipment: safety. All this thanks to new ActiveTrack 5.0 system.

Added to this data that the sensors collect and process to enable more intuitive target tracking are improvements in the data coming from the GPS, GLONASS and BeiDou satellite signals. The latter is useful for various use cases, such as capturing long exposure images or Timelapses. 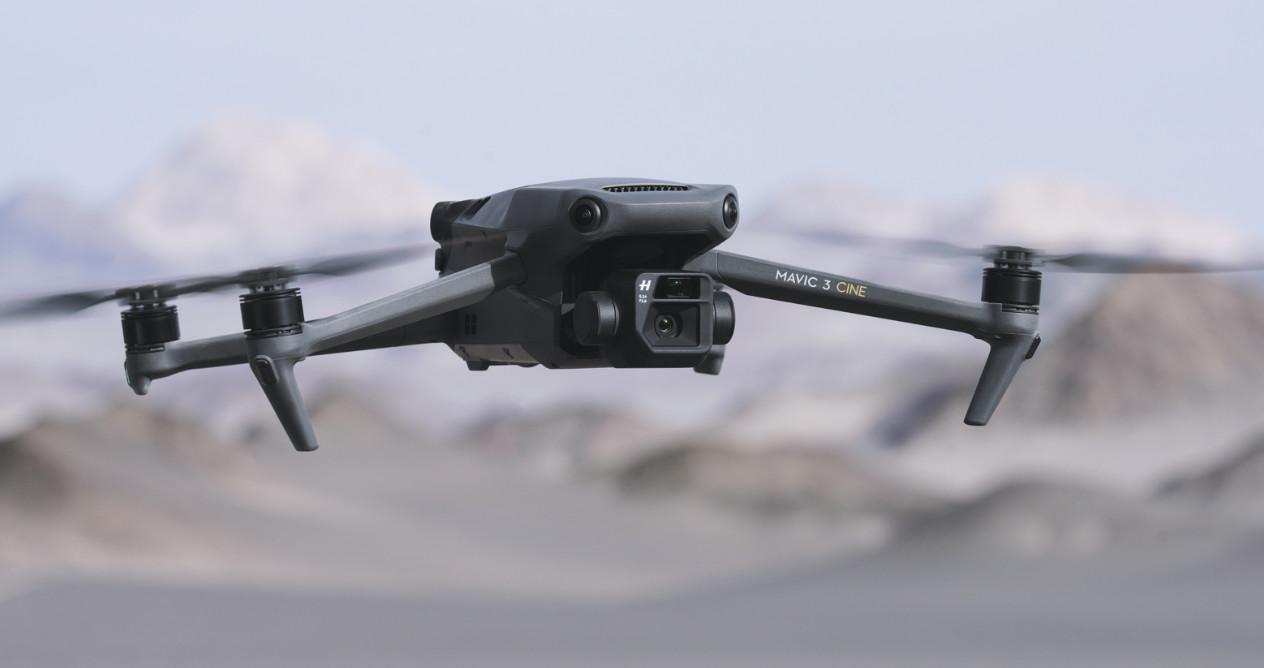 The camera has always been, together with the logical flight capacity (distance, stability, speed, etc.) the most important thing about DJI drones. Because being able to capture high-quality aerial images is the dream of any content creator or passionate about photography and video.

The new DJI Mavic 3 features a dual camera system composed of two sensors and their respective lenses that will give a greater creative capacity. The characteristics of both cameras are: 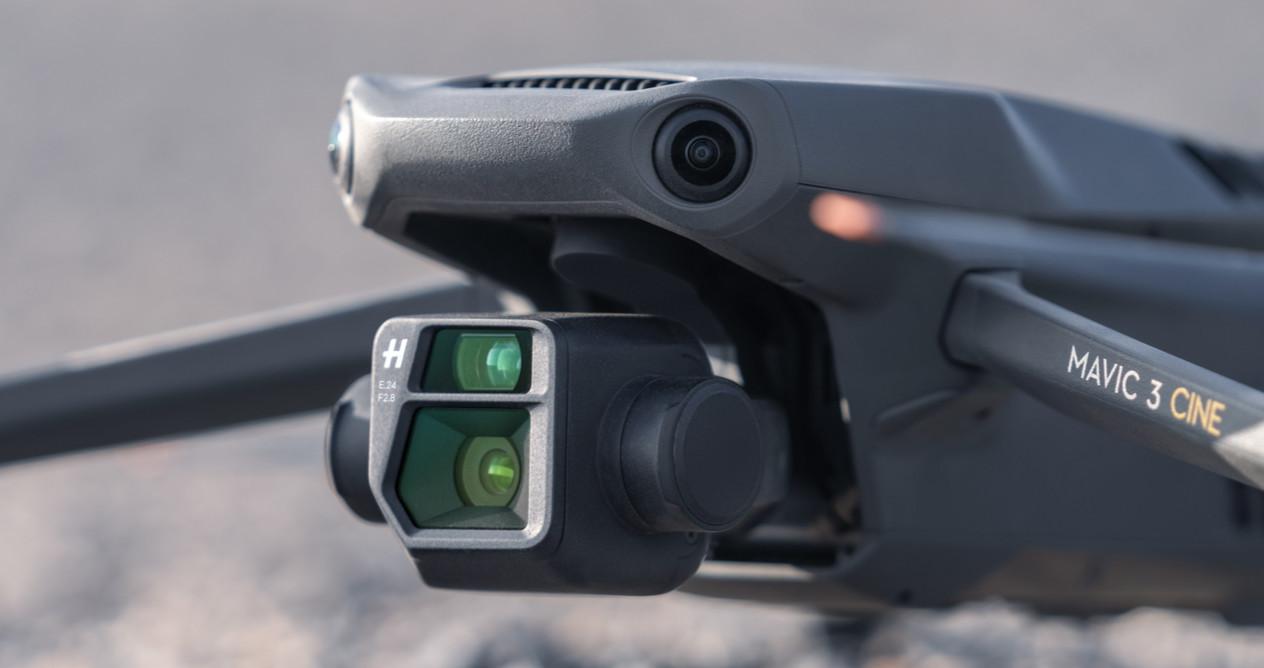 With both cameras the DJI Mavic 3 is capable of capturing 20MP photos resolution in 12-bit RAW format. Although the best thing is that the video also improves and allows you to record videos at 5.1K resolution at 50 fps and even 4K at 120 fps. That is, the creative capabilities for a product of such dimensions are extremely great. At least if we stick to its technical sheet.

The three versions of the DJI Mavic 3

The DJI Mavic 3 can be purchased in three versions and each of them will not only have a different price, but also features that will be adapted to the needs of each type of user. So don’t be surprised by the final prices. 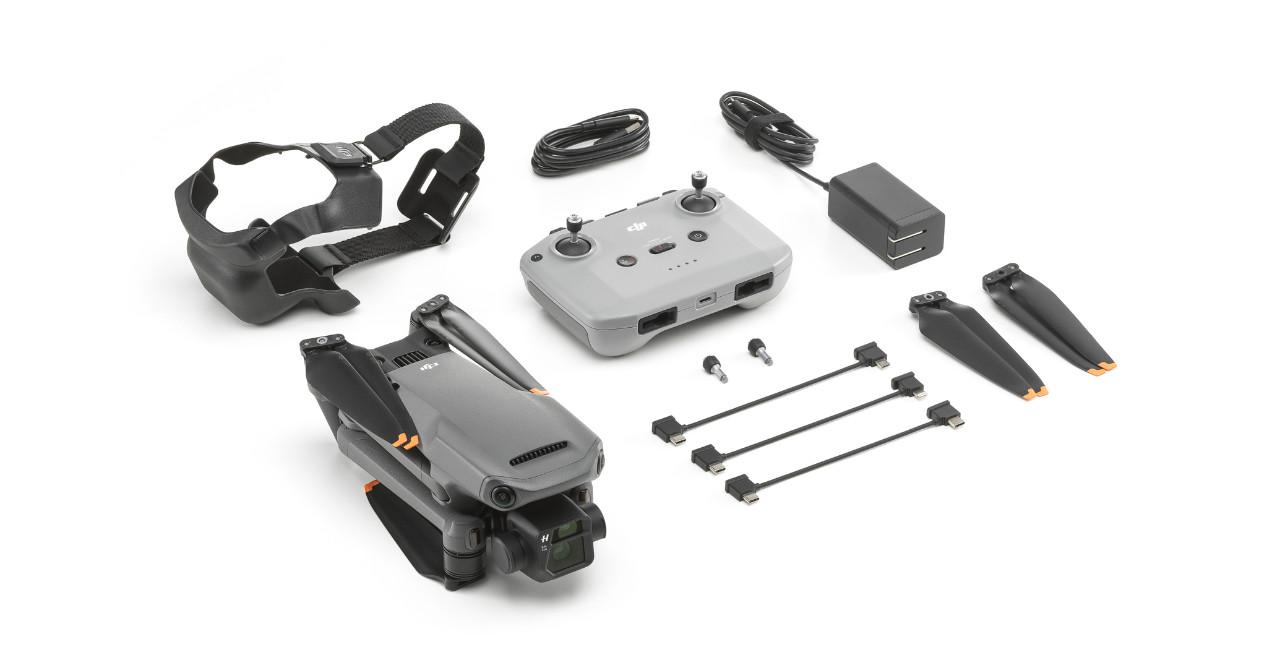 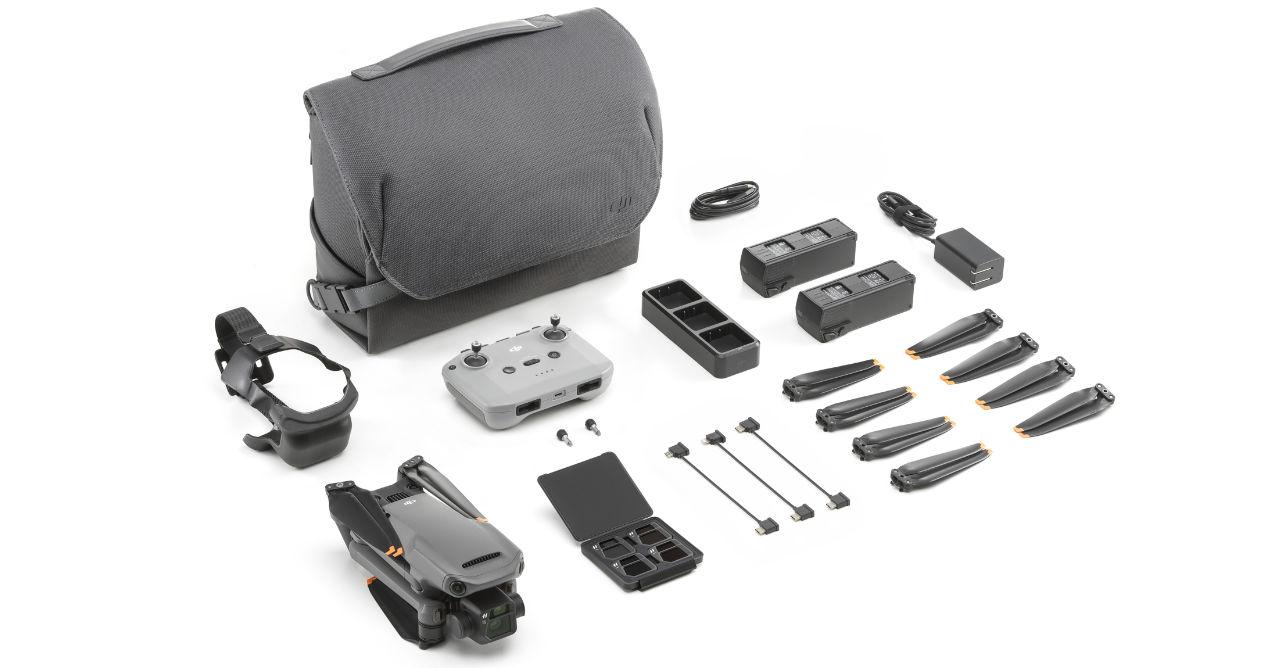 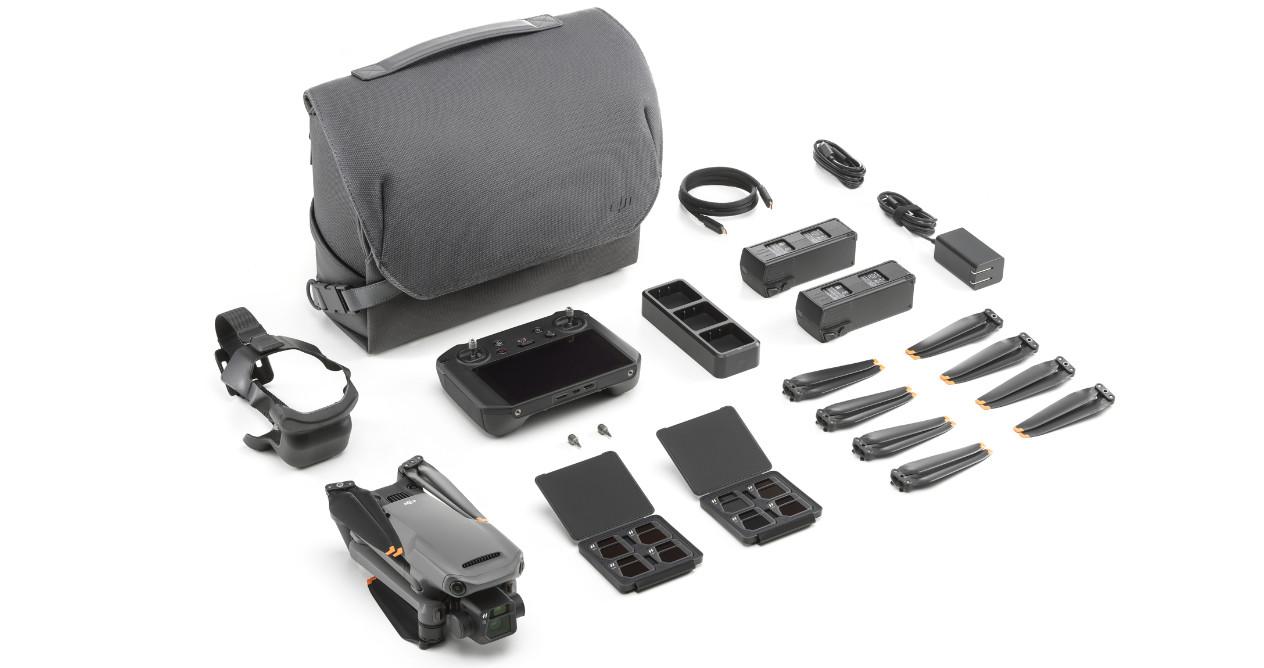 The drone can now be purchased through official DJI distributors.

A drone to explore new limits

It does not take much more than DJI and its drones, the brand has proven year after year to be the leader in the sector. Their proposals not only improve with each generation in terms of flight and image capture, but also in safety and ease of use.

What you do have to be clear about is what use you are going to give it. This is not an Air or Mini, it is a much more serious version for demanding users with advanced needs. So it is not a toy or drone to start with, but a more serious tool for those who for certain reasons cannot go to a DJI Inspire 2.

Still, as always happens, the main problem is in the laws of each country. Here again, it will depend on current legislation to be able to take more or less advantage of everything it offers, but it is clear that flying it will once again be a real pass for all of us who like photography and video.

The first chapter of Arcane will also be broadcast on Twitch

What are the most curious keyboards in the world?

Windows 11: AMD graphics card performance increases by up to 55% after an update