When last year people began to talk about Apple’s leap to using internally designed processors under the ISA ARM, everything was revolutionized. The reality is that it was not the first time that a multinational company designed a SoC with a CPU under said set of registers and instructions to be used in the PC, but suddenly everyone forgot the Microsoft SQ1, which was the central processor of the Surface. Pro X. Well, said APU already has a second successor in the form of the Microsoft SQ3, which has been created through a collaboration between Microsoft and Qualcomm. Let’s see how this custom processor created by the Redmond giant is presented.

So the Microsoft SQ3, Microsoft’s processor for your Surface Pro X2

After the huge disappointment in performance of its previous ARM processor, the company led by Satya Nadella has decided to present its third custom processor, the Microsoft SQ3, specifically, they have opted for a version of the Snapdragon 8CX Gen 3 and this is something that surprises us from the outset, since knowing how Qualcomm’s answer to the Apple M1 is the SC8280 and we expected a variation of said processing and not another 8CX.

Be that as it may, what interests us is performance and is that the SQ3 processor is 60% faster than its predecessors and is equivalent in performance to an Intel Core i7-1160G7 with four cores and 8 threads, a CPU based in Tiger Lake architecture.

Windows in ARM, a path that is not new in Redmond We cannot forget that Microsoft since the launch of Windows RT (the ARM version of Windows 8 without the WIN32 API) has been making movement to be able to adapt Windows beyond x86 and to be able to increase the market for its operating system. So far they have encountered several problems, among them the fact that a good part of Windows users are in the x86 ecosystem and the second the dependence of parts of their operating system on parts of x86, especially in WIN32 that make performance is worse than expected.

At the moment Apple is not encountering this problem, the gossips claim that their M1 has specialized hardware for the transfer of instructions from one ISA to another. In any case and in conclusion, with the purchase of Nuvia by Qualcomm and this being the supplier of ARM processors for Microsoft’s Surface, we wonder if we are going to see the expected performance jump. We save the last for last: the presentation of the Surface Pro 8, which inherits all the good from the Surface Pro X and also the bad, since it uses an x86 processor instead of the Microsoft SQ3, specifically Intel Core i5 and Core. i7 based on Tiger Lake-H architecture accompanied by 8 GB RAM memory and 128 GB storage on the base model and a configuration of 32 GB memory and an NVMe SSD of 1 TB in the top-of-the-range model. Additionally, Microsoft has added a Thunderbolt port to it and promises a battery life of up to 16 hours.

The notebook is equipped with a 13-inch PixelSense Flow, which has a resolution of 2880 by 1920 pixels and one 120 Hz refresh rate. It also has support for technology Dolby Vision Adaptive Color Technology, making it the most advanced screen to date that Microsoft has integrated its Surface Pro.

Another novelty is the introduction of the Surface Slim Pen 2, which now has integrated haptic feedback to improve your user experience. 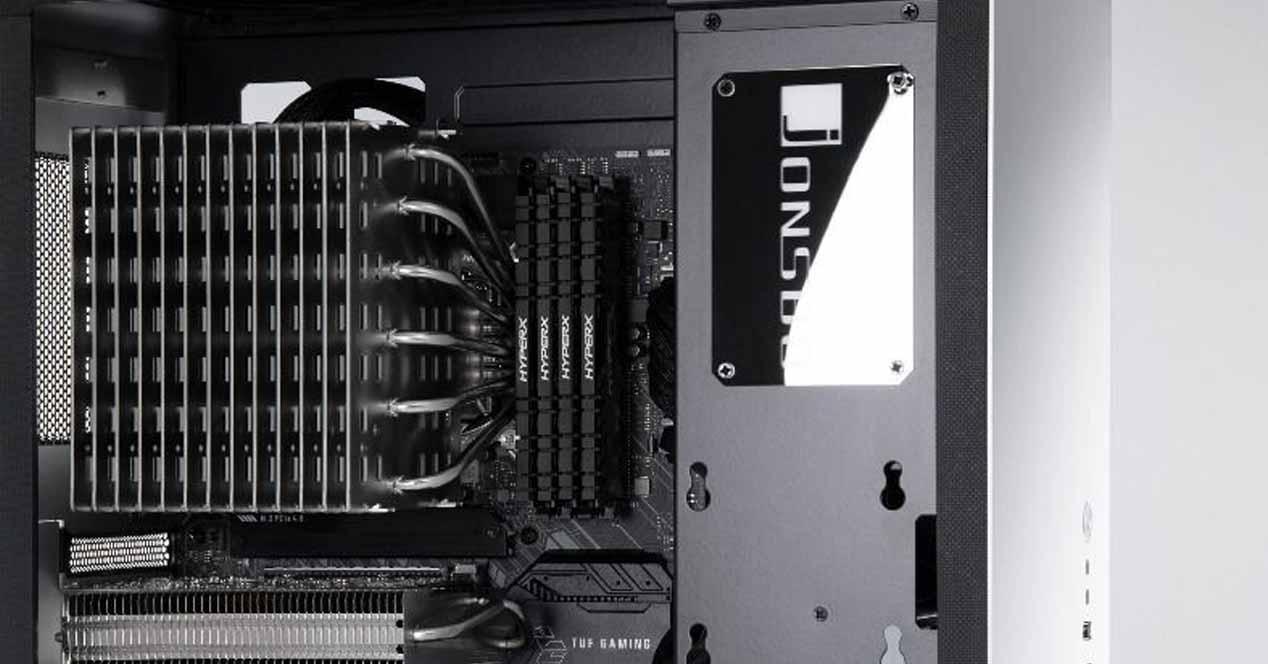 Noctua NH-P1, the best passive CPU cooler on the market?

Problems with the games? Check that there are no bugs in DirectX