Last Friday we informed you about the complete list of Intel Core 12 processors, especially those of lower ranges, and among them stands out the successor of what we believe has been the best CPU in terms of its relationship between performance and price: the i5-11400F. Well, the first samples of the i5-12400F ES have already appeared on the net. Are there any surprises?

It is not necessary to have an Intel Core i9 or an AMD Ryzen 9 to have a good PC and thus be able to play games, a good option for the most modest pockets has been the i5-11400F that for less than 200 euros offers a performance for good enough euro spent for the tightest budget PC gamer.

What makes this CPU different from the rest of the Gen 12?

The first thing we have to see is that although the global architecture is the same (Alder Lake-S) it is not really a heterogeneous CPU, since Intel has literally eliminated the E-Cores from the equation. It is not a deactivation of that part of the chip with inability to reactivate, it is that they are literally absent and it is a smaller chip, since the rest of the components have been reorganized.

The packaging and socket used is the same as the rest of the range, but since they are engineering samples and not final versions of the chip to be mass produced, the versions of the i5-12400F that have appeared on eBay will not work on the boards. Z690 base currently on the market.

Remember that these i5-12400F ES are not intended to be used in a conventional PC, but rather are processors that Intel sends to its technology partners to test their operation with their motherboards, RAM memories, and so on.

Keep in mind that these specifications come from the engineering sample and because things will be polished in the final version, where there are elements such as clock speeds that can vary. For example, we have versions of the i5-12400F ES with a 4 GHz Boost and another with each other. 4.4 GHz.

In the CPU-X specifications you can observe subtle changes, the cache configuration is 1.25 MB per core, it is private to each of them, and the L3 that makes LLC is 18 MB. These quantities will not change in the final design, but in the specifications of both samples we can see how the last level cache is 12-Way and in the other it is 9-Way. Not to mention the voltage differences. 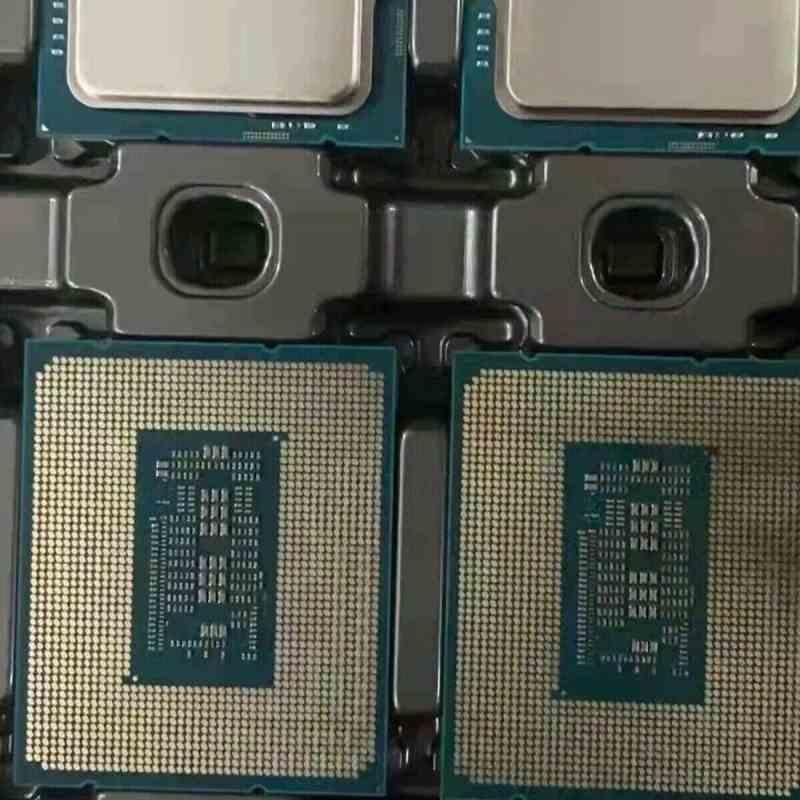 What is our opinion? We know that it is the specifications on the left that correspond to the final design of the i5-12400. How do we know? Due to the fact that other documentation that has appeared indicates those 4.4 GHz of Boost. The other reason is that each CPU has its associated ID code that is usually given in the versions already thought for commercialization or very close to it in time.

Its release date? Everything points to the first quarter of 2022, in any case we hope that it will follow the path of its predecessor, which surprised us very pleasantly by what it offers at the price at which it is sold.

What ports do GPUs and motherboards use for monitors and TVs?