Although we already knew many of the novelties of iOS 15 and the rest of the new operating systems were presented at WWDC 2021 in June, Apple continues to make changes for the final version that will reach the public next month. In this way we can find some changes and news that until now had not been seen in previous betas.

The main novelty of iOS 15 in this beta is related to changes in SafariThe controversial new design of the iOS 15 browser is finally going backwards, allowing the user to leave the navigation bar at the bottom or top as usual. Of course, some functions such as the history or the reading list are still seen at the bottom regardless of which configuration has been chosen.

Too Watch automations are back And it is now possible again to configure in Shortcuts the sphere changes on the Apple Watch depending on the time of day, this being a function that was already available before and that was eliminated in beta 5.

In addition to these changes some functions have been temporarily disabled as is the case of being able to share screen during FaceTime video calls. It is also expected that this function will end up arriving in iOS 15, iPadOS 15 and also in macOS Monterey when they are released permanently, but for some reason Apple has now disabled it.

They gain in stability, although they are still not recommended

The beta 5 of iOS 15 and company were characterized by having numerous bugs, something totally understandable as it is a beta version. In this sixth and at least during the hours that we have been testing it, it seems that many of these bugs have been corrected. In any case its installation on a main computer is still not recommended Unless you are a developer and you need to have this beta. Problems such as unexpected reboots or high battery consumption may continue to appear.

As is logical, Apple will continue to polish details for the final version of its operating systems and it is expected that when they are released there will no longer be any type of problem. In any case, if you want to install it, it should be at your own risk, but we recommend you make a backup before anything else to be able to return to iOS 14 later if you regret it once you have tried all the news. Say goodbye to your battery problems with iOS 15.4.1. 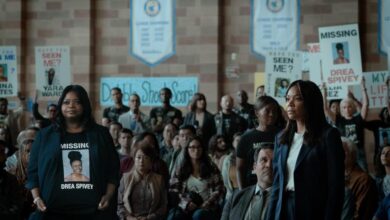 The best SSD for Mac and iPad is cheaper again