You may like the company with the bitten apple more or less, but there are some Apple products that are really good. And we have a great example in its family of multimedia players, which with the permission of the Nvidia Shield TV, we could say that it is one of the main exponents when buying a device with these characteristics. And eye, what the next Apple TV 4K could be more complete than ever.

More than anything because a recent leak claims that the Cupertino-based company works on a hybrid between Apple TV 4K and HomePod to launch a product very similar to the Amazon Fire TV Cube from the online sales giant.

To say that, even if it is a leak, we can give enough truth to the information. Mainly, because the source is Bloomberg’s Mark Gurman, a journalist specialized in Apple products and who does not usually fail in his predictions. Plus, it makes perfect sense that the next 4K Apple TV will have a built-in smart speaker.

To begin with, this rumor is not new at all. Last year Mark Gurman already stated that Apple was working on a device with these characteristics, but the project was delayed due to the coronavirus crisis. It should be remembered that the American company had scheduled the launch of its first augmented reality glasses, the Apple Glass, which have also suffered a delay due to problems in the supply chain.

In addition, it makes all the sense in the world for Apple to launch a product with these characteristics. The HomePod went unnoticed through the shelves for a simple reason: its high price. This smart speaker was really good, offering really good sound along with support for Siri, Apple’s voice assistant. But it was too expensive, so sales didn’t go along with this product.

Later, Apple tried again with the HomePod Mini, a more restrained and economical product that works much better in sales. To the point that they decided to stop manufacturing the original HomePod to focus on this cheaper version. 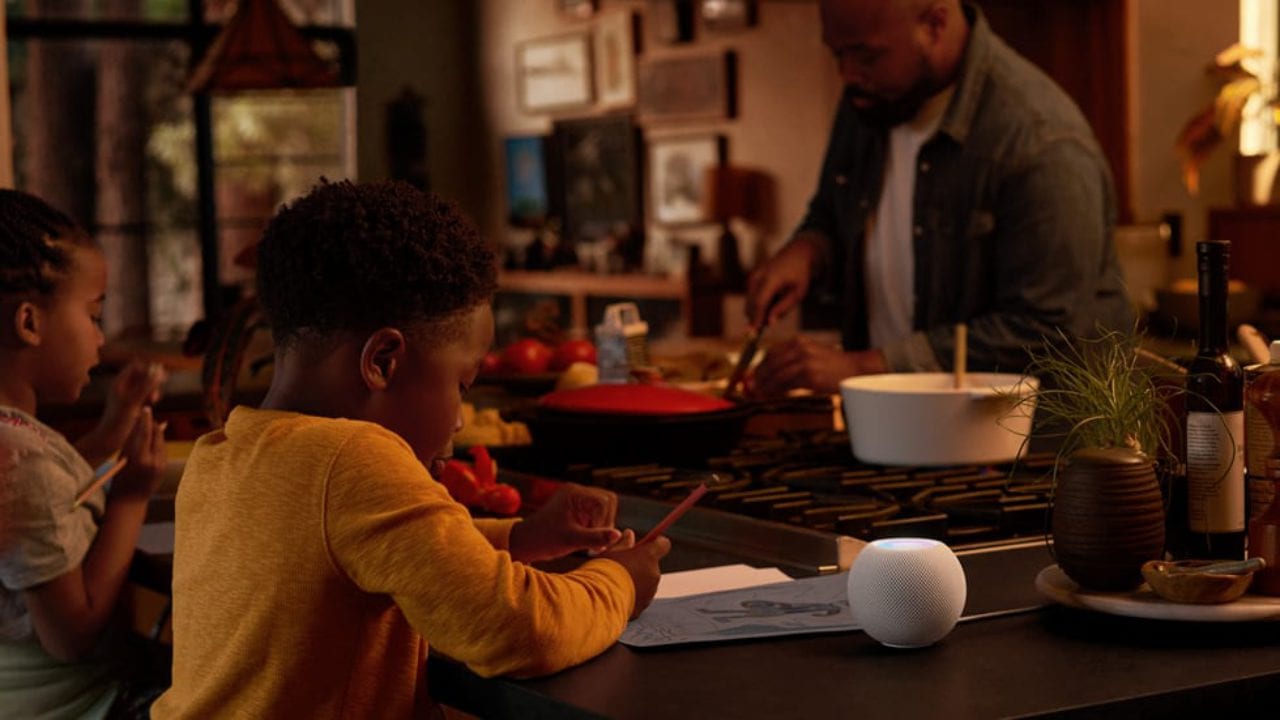 So considering how good the HomePod sounds and works, the idea that the next Apple TV 4K integrates this element is worth considering. More than anything because the company’s next multimedia player would be completely autonomous: the only thing you will need is to connect it to a television or a screen to be able to enjoy your favorite series and movies since the set already includes a speaker inside.

On the other hand, would improve the functions of the Apple TV 4K, since now it will surely have omnidirectional microphones so that we can invoke Siri without having to press any button. Add the good work done by the manufacturer to offer a high quality player and you have a round product.

The icing on the cake would be the camera that would integrate this device and that will allow us to make video calls through FaceTime. It is true that the sales of Apple products in Spain are not exactly high, but many users will surely consider making the leap to this ecosystem if the Apple TV 4K is offered at a fairly reasonable price to compete with the Nvidia Shield TV.

At the moment, we are facing a rumor, so we must take the information with tweezers until the Cupertino-based manufacturer officially presents this hybrid between Apple TV 4K and HomePod to compete with Amazon’s Amazon Fire TV Cube.

You may also be interested in: Apple Music Voice, what it is and how the new Apple Music subscription works

78% smaller than the official model, this Mac mini M1 lives up to its name

After the Toyota Yaris, here is the car of the year 2022