Just a few minutes ago, The Next Playground, an online presentation by MSI, in which the Taiwanese technology company has shown us what they have been working on and, therefore, their next products and devices to reach the market, has concluded. It has been a quick presentation (of about 30 minutes), without going into too much detail except for some specific devices, and that they have made me clearer than ever the importance of gaming as a market segment. And it is that the concept has been present during practically the entire presentation.

The first thing we have seen has been MSI’s new motherboards for Intel’s 12th generation, Alder Lake-S. A review that has not focused so much on talking about specific models, not even on families, as on highlighting their properties. The most remarkable thing is, without a doubt, the jump to PCIe 5.0 in all the boards, and to DDR5 in a good part of them, as we already told you when reviewing the entire catalog of news.

In the time dedicated to them, we have seen that performance is a key factor, and that for this purpose MSI has designed boards that are capable of handling the high requirements of the components that are to come, without neglecting the details. For instance, all PCIe slots are reinforced with four extra solder points, in order to be able to withstand without problem the more than considerable weight of current graphics cards, and those to come.

To ensure good performance, MSI has updated the way it establishes connections between elementss and motherboard components. And it is not a minor optimization, because at least in the words of the company, now their PCBs are server grade, to ensure performance and low latency. And so that performance does not translate into problems with temperature, tAll MSI Z690 gaming boards feature an extended heat sink, to which in some models a liquid cooling system is added. in addition to a specific system for MVMe memories.

And when it comes to support for high-performance storage media, the MSI Z690 gaming ATC boards have a minimum of four built-in M.2 slots, with a simple anchoring system to the plate.

Further, 6 new towers have also been mentioned, within the MAG, MEG and MPG families, although no additional information has been given about them. They are as follows: 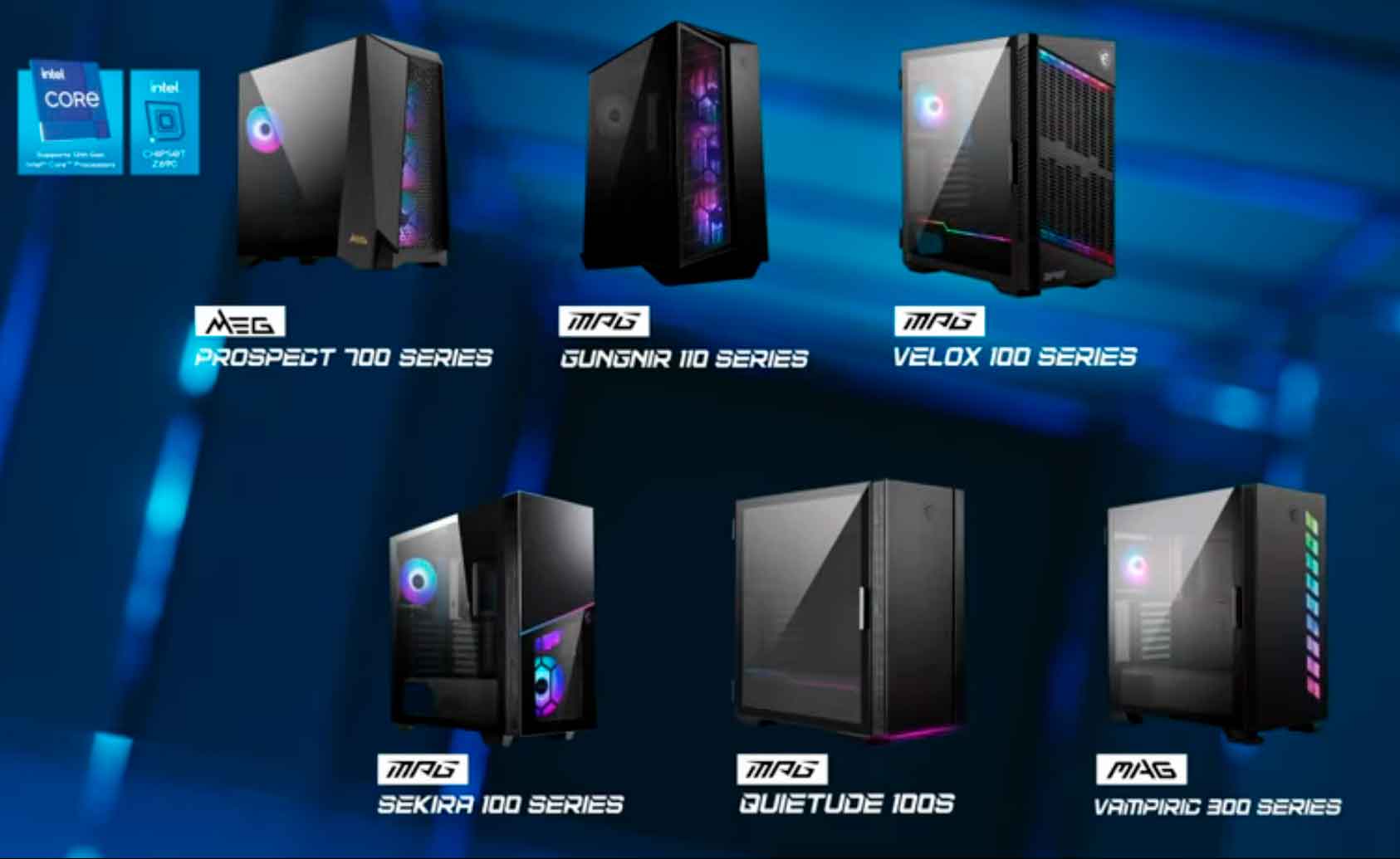 In order to manage the system, both BIOS and MSI Center management software have undergone substantial improvements with respect to its predecessors. From monitoring key aspects, such as voltages and temperatures, to synchronizing the lighting of all the LED components of the system (as long as they are compatible, of course), to regulating the operation of the fans or updating the BIOS firmware directly from the app.

But not all gamers have the knowledge (or the interest, of course) to build their own PC component by component. Thus, in response to users who want to buy a complete system, MSI has created the GAME concept Unlimited (Game power, Aesthetics, Multitude of connection, Experience), referring exclusively to its range of desktop gaming computers. Systems that will be equipped with Alder Lake-S processors, NVIDIA GeForce RTX 30 graphics cards, DDR 5 memory and, of course, with PCIe 5. 0. The new MSI gaming PCs are the following: 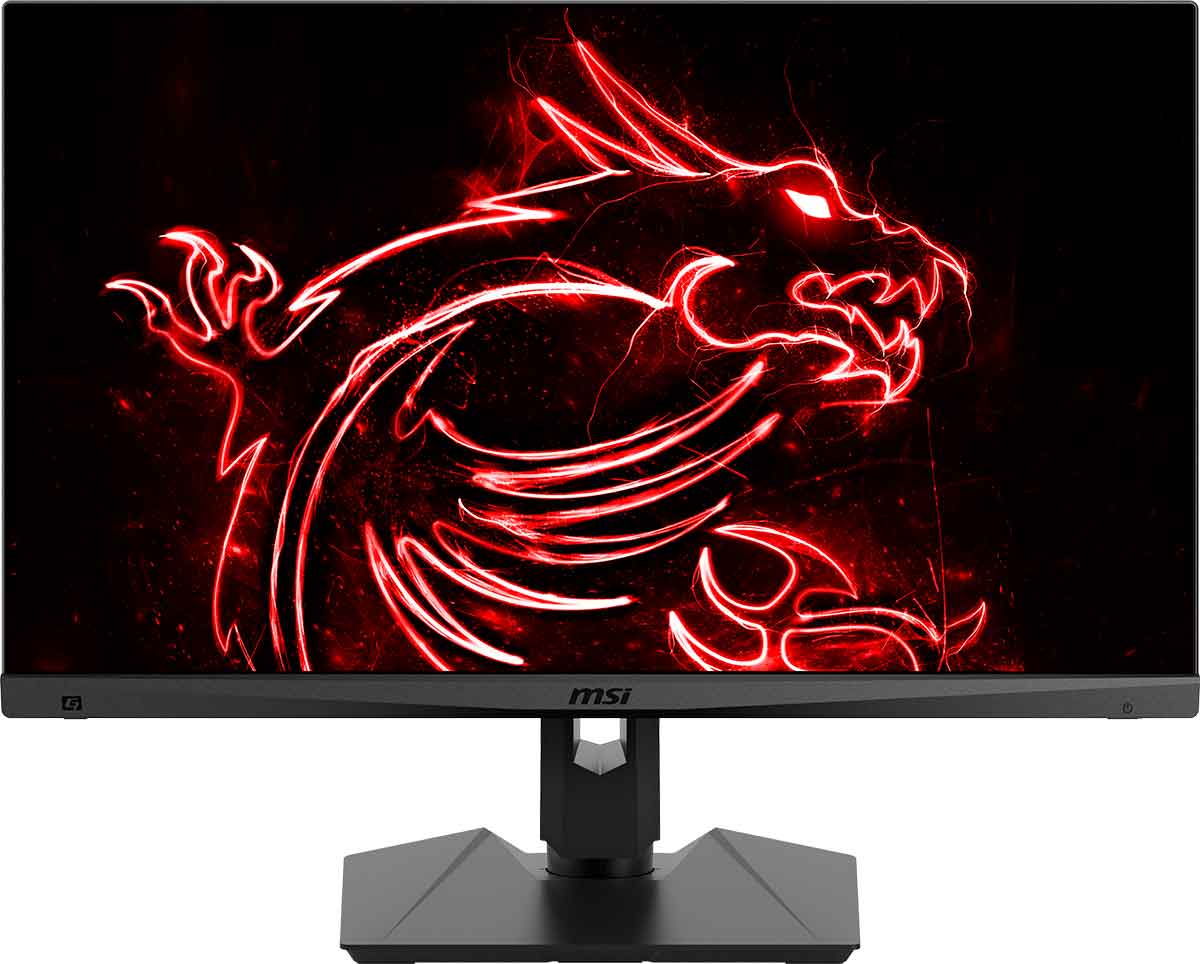 A key element for a good gaming experience is the monitor, and MSI has not neglected its novelties in this regard either. First of all we have seen these flat screens:

All of them with quantum dot technology. It is very little, yes, the information that they have given in this presentation about them, but do not worry, since we will expand it in MuyComputer later.

However, the prominence has been taken by curved screens, specifically two models:

Of course, they also use quantum dots, and thanks to software improvements carried out by MSI, color calibration is more accurate. And this improvement is not accidental, because a few minutes before, in the presentation, there was talk of Windows 11 and its improvements for gamers, more specifically DirectStorage and Auto HDR.

Now, if there is a hot technology today when it comes to screens, no one doubts that it is Mini LED. And not to put it aside, MSI has worked with AUO to create the MEG Artymis 341 Mini LED monitor, an impressive 34-inch curved screen with a 21: 9 aspect ratio based on this panel technology. It is compatible with HDR1000, can reach a brightness of 1,000 nits and its contrast ratio is 1,000,000: 1. It will hit the market in 2022.

But the news from MSI has not ended here when it comes to monitors. The Taiwanese firm still had a surprise for a very specific audience: gamers using the latest generation consoles. For that end, MSI has collaborated with Microsoft and, as a result of this work, the company has designed the Optix MPG321UR-QD Xbox Edition, a screen with 4K resolution, a refresh rate of 144 hertz and compatible with HDR600. In addition, thanks to KVM 3.o, it is possible to use the Xbox controller to make adjustments to the monitor.

They have also been mentioned, but without revealing any details about it. MAG Trident X and MEG 551 OLED (which, as we can deduce from its name, will be a 55-inch OLED screen) optimized for gaming. 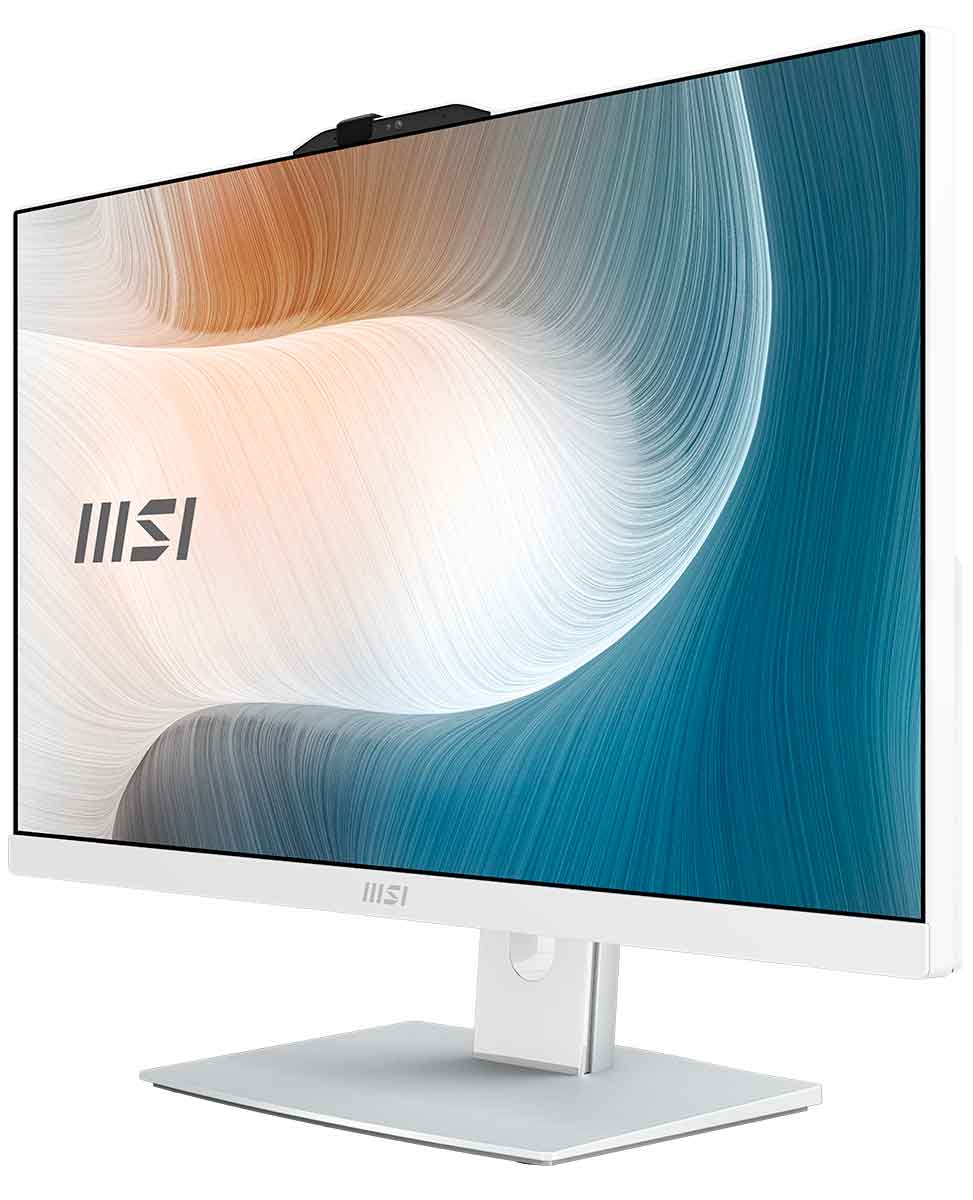 The last minutes of MSI’s presentation have put gaming aside somewhat (although not entirely), dedicating themselves to multipurpose devices … which, among other uses, can also be used to play games. This segment started with MSI PCs with 12th generation processors. At this point we have seen the AIO Modern AM242 and AM272, as well as PRO DP21 and PRO DP130 CPUs.

Then the time has come for Summit MS321 UP, an AIO with a more than remarkable screen, capable of representing 95% of the DCI-P3 color space and 136% of the sRGB space, and thanks to a lighting sensor, it will automatically adjust the screen brightness to suit the environment. In addition, it has active noise cancellation, in case it is going to be used to hold videoconferences.

Another interesting novelty is the monitors of the MSI Modern series, which have multiple technologies to be used for many hours at a time without generating visual fatigue. by eliminating annoying flickering effects and reducing blue light. They are TÜV certified in this regard. In addition, to adapt to all needs, they can be used in four different orientations.

And the closure has arrived with a note of color, and that is that the Modern MD241 monitors will be available in a series of colors, among them, the Modern MD 241 Ultramarine, with a dark blue at the same time discreet and elegant, which aims to fit well in virtually all environments.

Apple AirPods Max, AirPods, AirPods Pro: How To Check They Are Not Fake

What are Taggers? People who make money watching Netflix