At this year’s Intel Innovation Day, one of the guests was Samsung, who took the opportunity to present a computer with an extendable screen that could change the future of laptops or even create a new category of computer. All this due to the adaptation by the South Korean multinational of one of the recent innovations in the mobile phone market. Of course, adapted to the world of computers. We are talking about a computer with extendable screen. What does the invention consist of? Let’s see it.

In the history of computers we have seen a large number of different formats apart from the traditional ones, some have been standardized, others, on the other hand, have fallen into oblivion after having been a huge commercial fiasco. In any case, it is not the first time that Intel surprises us with PC concepts never seen before in its presentations. This time and in the middle of their conference at Intel Innovation Day 2022 they have presented us with one of these new designs and it must be said that it has caught our attention. Will this proposal be successful or, failing that, will it end in deaf ears?

The idea that both multinationals have presented is none other than that of a computer with an extendable screen, in such a way that its diagonal can be extended from 13 to 17 inches. A size that at first glance may seem small, but we must bear in mind that this type of technology is usually applied to mobile phone panels and not to laptops, which usually have an area between three or four times smaller depending on the model. compared to the smallest possible ultralight laptops. 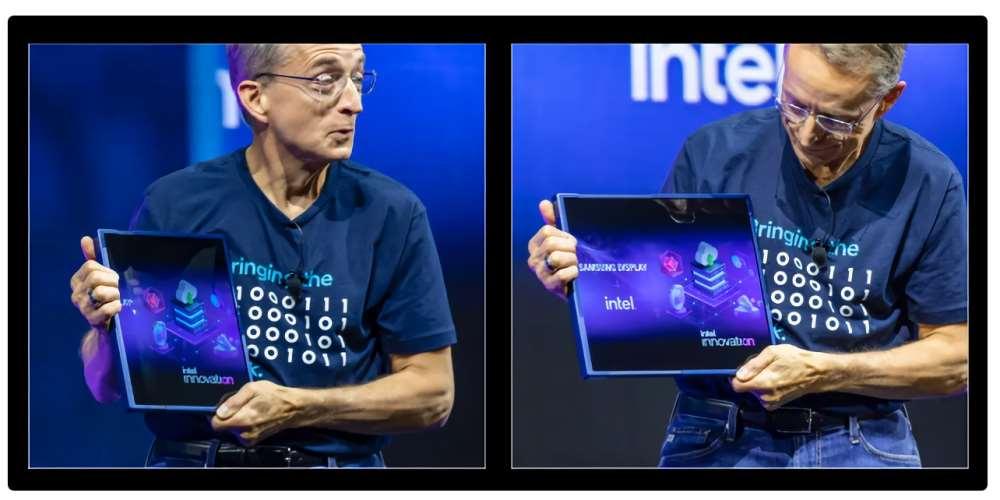 Neither of the two manufacturers has given us information about the specifications of the device, but we assume that it will use one of the Intel Core 13 for laptops designed for low consumption, that is, those with the letter U at the end of the name. Which makes sense when you consider that the circuitry doesn’t fold out and everything has to fit into the space of the 13-inch screen. In any case, we do not believe that this is more than a prototype, but if we see laptops of this type with an extendable screen, it would not surprise us either and it is not a bad idea at all, especially given the fact that with only 13 inches we cannot have a lot of things on screen.

Will it become a real product? Well, everything seems to indicate that yes, but rather we will have to wait a while to see it in action. The logic is to think that Samsung will present it during CES, either by being invited back to the Intel conference as an independent product. In any case, the Samsung model would not be the only product under this category that we could see, since as has happened other times, we may see a collection of devices of the same type made by different manufacturers.

The post This computer screen is magical: it expands and shrinks appeared first on HardZone. Goodbye to temperature problems on the RTX 30 with this mod

Why doesn’t SONY allow the DualSense controller to be used on PS4?