This is the Mac that you can carry in your pocket

The only option that exists to carry macOS in your pocket is to use a remote desktop application with which you can connect from your iPhone or mobile device to your Mac computer via the internet. Or not, because there are those who have managed to create a portable device that is not only very small but is capable of running macOS Big Sur by itself.

Iketsj is the nickname of this YouTuber who is really called Ike T. Sanglay Jr and he had the great idea to see if it would be possible or not to build a device as small as possible with its integrated screen and capable of running the latest Apple operating system until The official macOS Monterrey arrives in the fall of this year 2021.

Well, it is possible and it shows in the video that you have just above these lines you will see a small handheld PC capable of running macOS Big Sur. Another thing is the performance that it really offers and how comfortable or not it could be to use the device as he has proposed. But that does not mean that it is one of those striking projects that we usually see from time to time with modifications and the occasional display of creativity.

A curiosity more expensive than a Mac mini M1 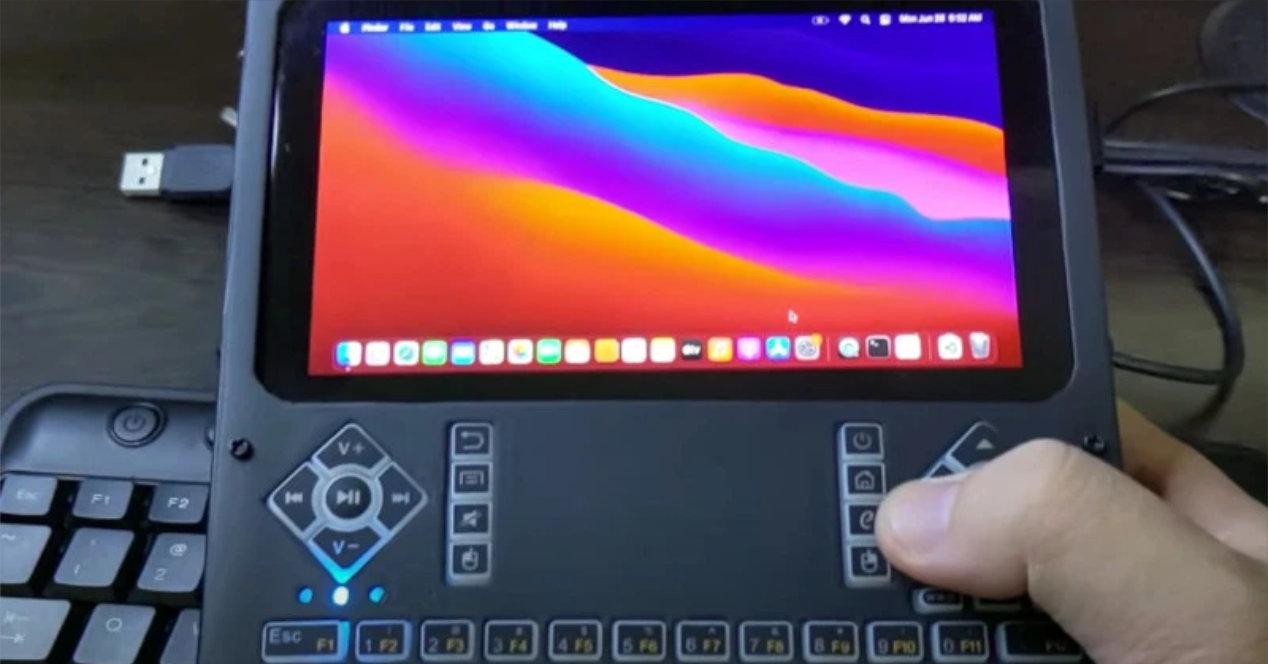 The project carried out by Iketsj is really striking, but it is not something that is available to everyone. Well, it’s not like making a project based on a Raspberry Pi. Here you need a series of components that are not economical.

To begin with, the device is based on a LattePanda Alpha SBC board It has an Intel Core m3 processor and 8 GB of RAM all built into it. In addition, an Arduino Leonardo microcontroller, a 240 Gb SSD storage unit and a series of additional components are also used to assemble the entire set that then goes inside a custom-made 3D printed housing.

Outcome? Well, a very striking device, but that has a final cost higher than a Mac mini with Apple’s M1 chip. Therefore, although the idea of ​​carrying a Mac in your pocket is very striking and even tempting, the truth is that it is not something practical on a day-to-day basis. In addition to the question of the real performance that it would offer at the time of being used.

Even so, it is something striking and that is what cannot be denied to this user who will surely have been very satisfied with having achieved what he set out to do. But before rolling the blanket around your head and doing something similar, better get yourself a Mac mini M1, a device that surprises with price and performance.

New viral TikTok: why you should change the toilet paper in your hotel

Stablecoins: what are these increasingly popular but controversial “stable” cryptos?