We all, or at least almost all, have our PC in a tower, why? Well, for organization, aesthetics and functionality on a day-to-day basis, but also for something as basic as keeping the components away from dust. Here a good chassis has a lot to do with it, where in summer its cooling becomes crucial for the components it includes inside. In this case, what happens if the boxes/towers they have a closed front? Is it dangerous now that summer is here?

The chassis, that great unknown where aesthetics prevail over functionality or cooling for the vast majority of users because everyone wants a nice PC, but then problems come. There are good, bad or very bad boxes, but without a doubt the worst, regardless of the other factors, are those that restrict air access through a closed front. Is this really true?

Boxes with a closed front, an endangered species

Why do manufacturers insist on designing boxes with a closed front? For pure aesthetics. As is often said: there is always a rip for an unstitched and this sector is no stranger to it either, that is, there will always be people who demand these boxes, but there will be none who do it having the necessary knowledge when choosing chassis .

A closed front means that from the two “free” sides of a chassis, where one is the window, the only real and widest way for fresher air to enter is removed. And yes, there are boxes that take in air from below due to the chimney effect, you can do it from above or even from behind, but the vast majority of options are not the most optimal except for the first (chimney) and this is limited by the dual camera systemsso in more than 90% of cases the option is invalidated.

Therefore, only the front remains as a source of air, whether in push or pull, which is another matter.

The need for introduction or expulsion of air

For those who have the entire system by air, the front represents the clean entrance of at least one 33% of this gas colder than being 50 cm higher in the room. Cold air accumulates in the lower parts of the room, heat is less densetend to rise, so it will always be better to take air from the lower part of the front part than from the upper part of the tower.

If you limit the only air inlet or outlet by putting a closed or immensely restrictive front, a user will find a supine problem as the air density decreases and the ambient temperature rises in summer. The hot air will begin to circulate much faster inside the chassis causing a waterfall effect or also called “oven”where more and more hot air is generated that the ambient temperature that cools the chassis externally cannot cool. 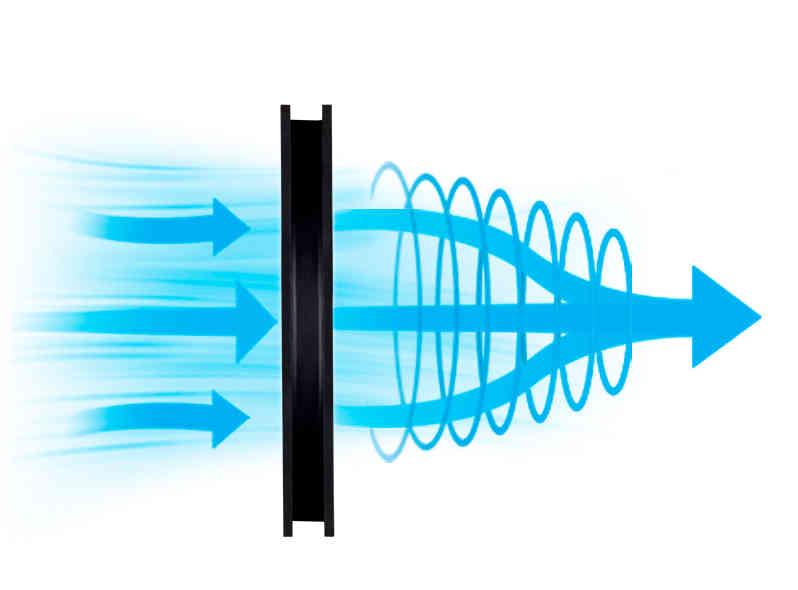 This logically also occurs in winter, the problem is that in summer in certain parts of our country the outside ambient temperature it is higher than the interior inside the box and with it that oven effect is magnified, because the cubic liters of air are disproportionate between the interior and exterior of the PC.

Therefore, it is imperative that the heat is expelled and the front is the fastest way to do it because the restriction in a mesh or open front it’s almost zerowhile in a box with a closed front it is almost maximum and the fans will fight with their static pressure to try to expel an air that is getting hotter and hotter, both from the outside (a chassis is obviously not a hermetic system) and that released by the components themselves.

Therefore, and in short, closed front towers not only it’s a mistakeis a problem that can lead to Throttling and in excess temperatures in certain key components such as power phases and voltage controllers. ARC Alchemists already support Vulkan, but only on laptops? If you have one of these Intel CPUs, your PC is vulnerable to 16 attacks