After the Y76 5G, Vivo continues to renew its catalog of smartphones. The Chinese brand announces the arrival in France of the V23, a smartphone specializing in selfies like the V21. Equipped with a 5G SoC, 12 GB of RAM and a 50 MP selfie sensor, it also benefits from a fluorite glass shell that changes color in the sun. Its arrival in stores is scheduled for April 2022. 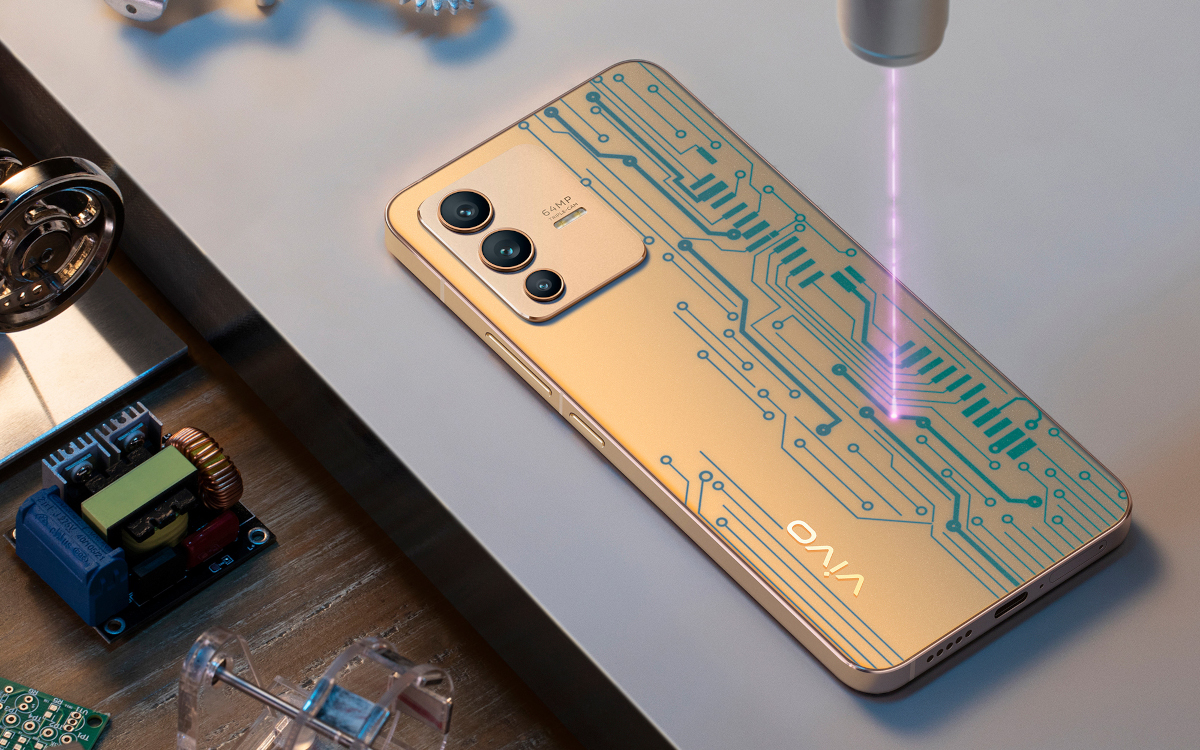 In July 2021, we published Vivo’s full V21 review. This is the first model of the Chinese brand’s V range to arrive in France. This range, very active in Asia, specializes in selfies. The V19 had two front sensors to create good quality portraits. The V20 brought a high definition sensor and autofocus. And the V21 took over this sensor, adding an optical stabilizer, accompanying it with two front flashes and improving its autofocus. The V21 is clearly one of the best selfie-phones on the market.

Six months later, Vivo announced the arrival of the V23 and V23 Pro in China. These are two 5G smartphones that take up the positioning of the V21, in particular at the selfie level, while reinforcing certain aspects of the technical sheet, in particular at the photo and memory level. And above all, Vivo unveiled one of the first smartphones whose shell is able to change color in the sun, a feature that we also encountered with the Realme 9 Pro+ that we tested. 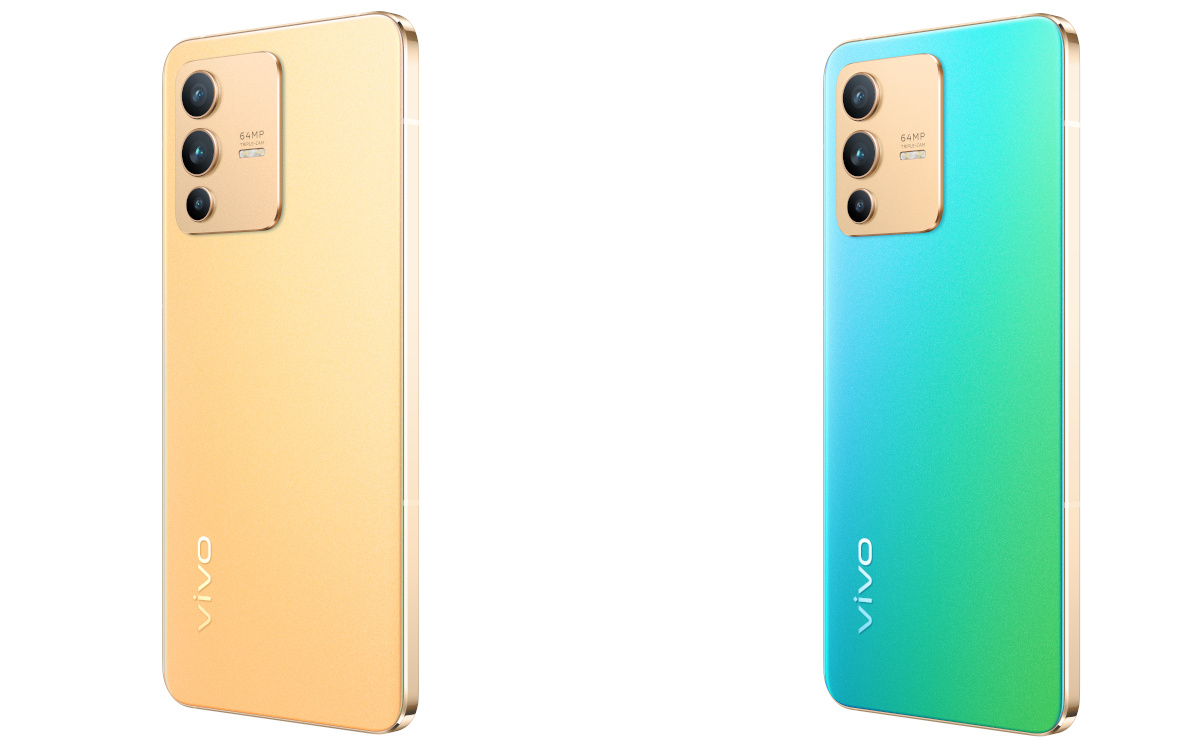 Three months after this Asian launch, the French subsidiary of Vivo announces the arrival of the “classic” V23. The smartphone will not replace the V21, but will accompany it (at least for the first time). It will be positioned at a higher price than the V23, the brand believing that the technical and ergonomic improvements justify this increase. Note that the exact price has not yet been revealed to us and that the V21 was positioned below the 500 euro mark. 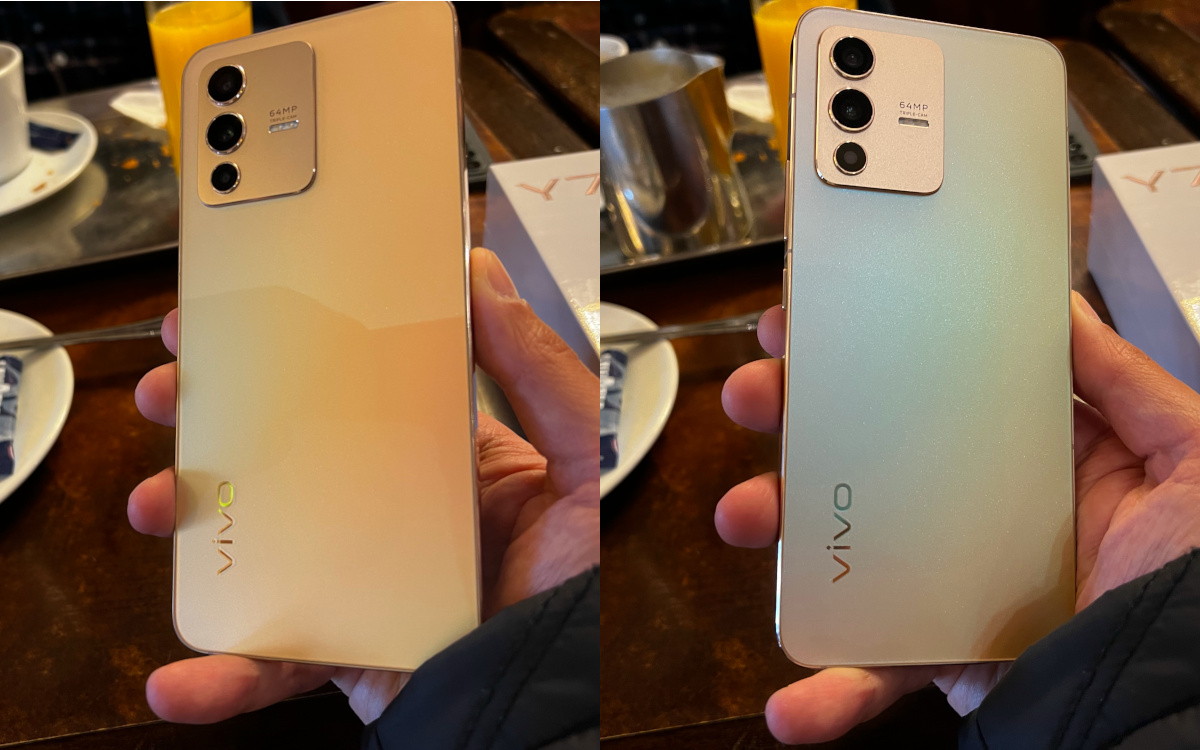 What are these changes? The first concerns the shell. It is in mineral glass and no longer in polycarbonate. One of the two colors is in fluorite glass which is UV sensitive. If you place the phone under the sun, the color changes in seconds from a light golden blue to an elegant blue. The other color is black: it is more classic and does not change color. The contour of the V23 has also changed, since it is no longer plastic, but aluminum. The edges are straight, a bit like Oppo’s Reno6 or the iPhone 13. And the grip is very nice.

On the platform side, the V23 benefits from a new SoC, the Dimension 920 from MediaTek. It is 5G compatible, of course. He is accompanied in France by 12 GB RAM and 256 GB of storage. This means that the V23 has 2 GB of additional RAM compared to the V21 and double the storage. It is not negligible. On the battery side, the capacity goes from 4000 mAh to 4200mAh. And fast charging goes from 33 watts to 44 watts. Vivo promises a 68% recharge in half an hour. On the screen side, no change. 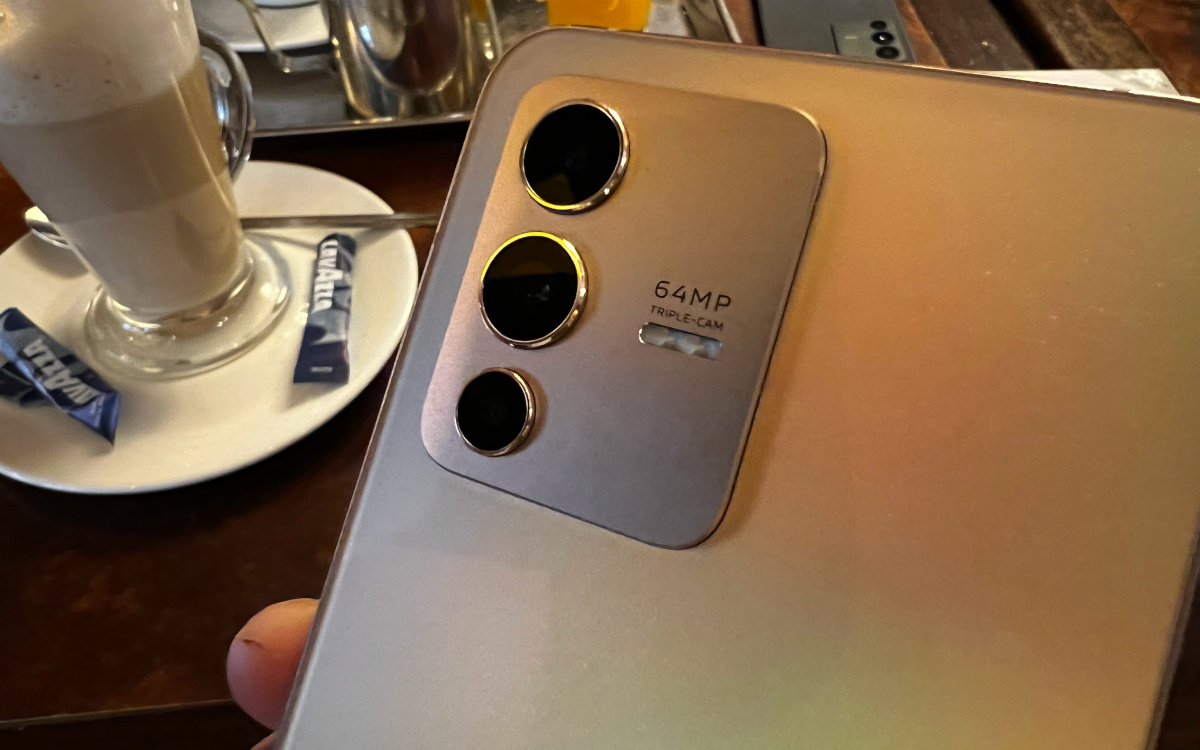 The V23 takes over the dual selfie sensor of the V19

Up front, there are more changes. Sensor 50 megapixels instead of 44 megapixels, still with autofocus and lens opening at f/2.0. More optical stabilization, but a second 8-megapixel selfie sensor for group selfies thanks to an ultra-wide-angle lens (105°) opening at f/2.3. It certainly also serves for portrait mode. This reminds us of the V19, with a difference in definition of the main selfie sensor and location: here we find a good old notch! The double flash is obviously back. 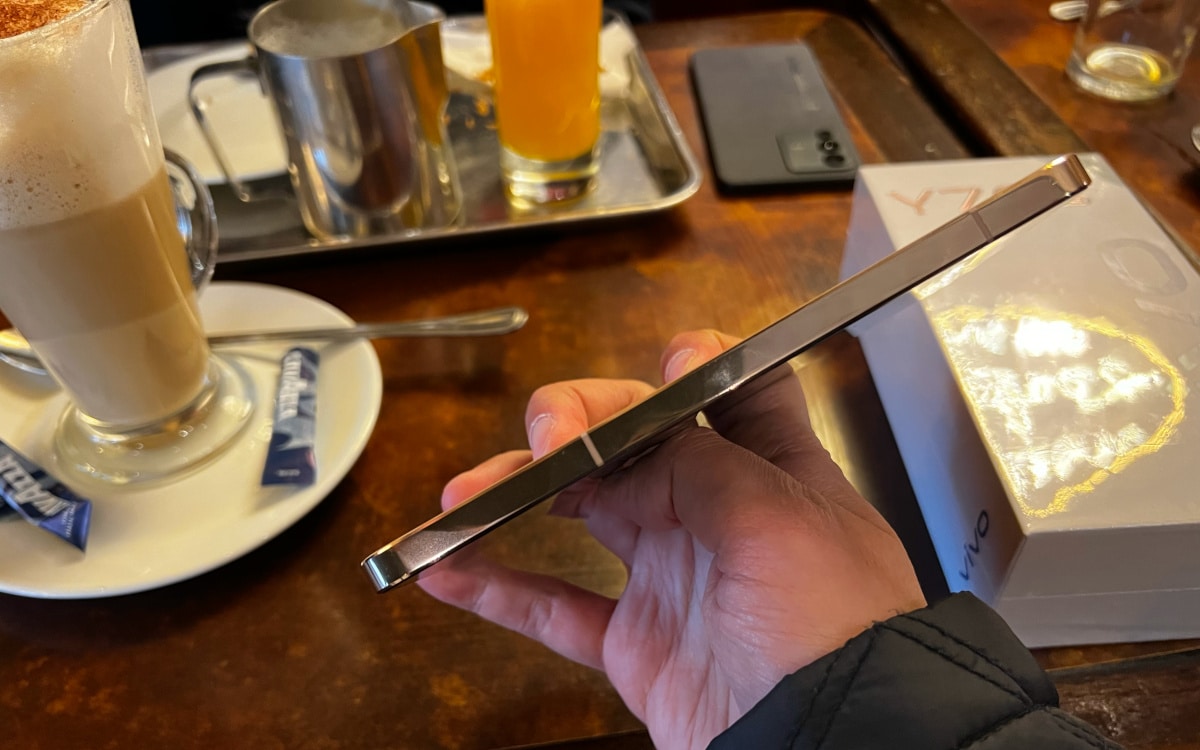 Here are the main changes of the V23. The smartphone will arrive in stores in the next month. In the meantime, find our video test of the V21 below. It will give you some ideas on what to expect from this V23 which we will of course test.

A OnePlus Nord CE explodes, the law of series continues

Not suitable for sensitive: this is the trailer for The Boys 3