If you are looking to buy a new CPU to have a more powerful PC, it is most likely that you have lost yourself among a huge collection of Intel and AMD models among those that are available in the market, that is why we have thought about making one list of what we consider to be the best CPU you can buy right now.

The huge range of CPUs from Intel and AMD makes it difficult to pick a CPU in each category without first doing a general screening of all of them. That is why we have decided to carry out a selection scale, which first consists of a series of elimination criteria to discard a large number of CPUs included in the market.

Once we have marked the selection criteria, let’s see which are the best Intel and AMD CPUs of the moment. That is why we have separated the selection into several different sections according to the number of cores of each processor.

The best 6-core CPUs from Intel and AMD 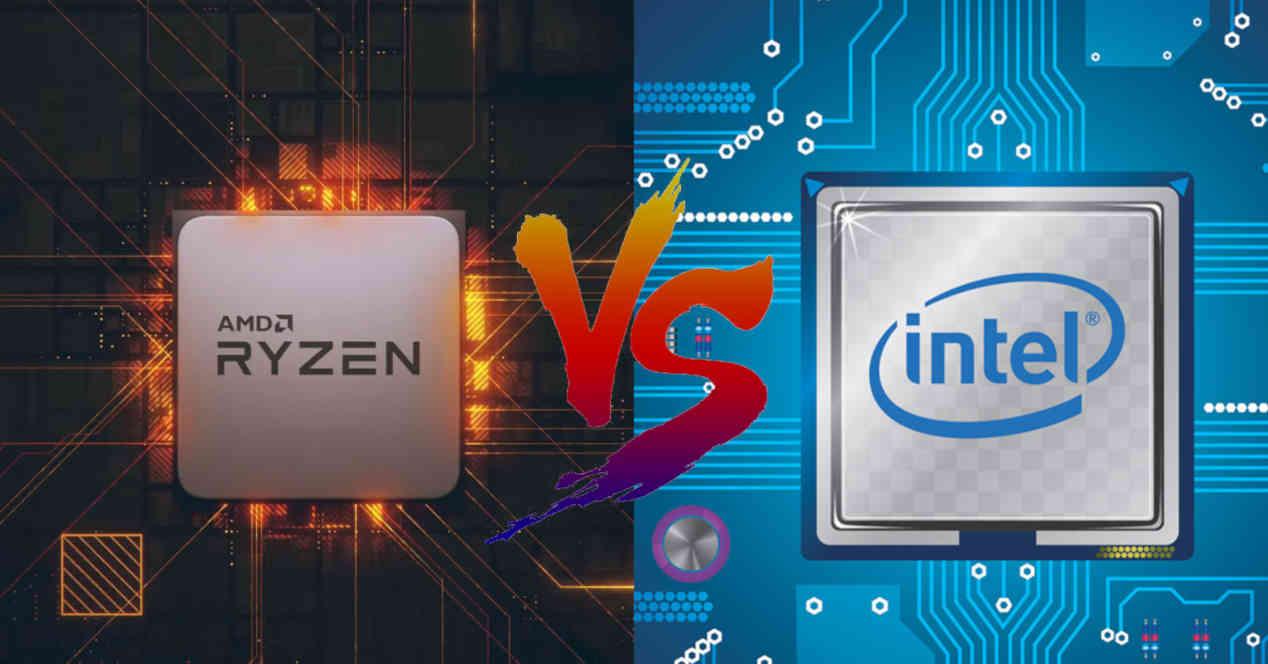 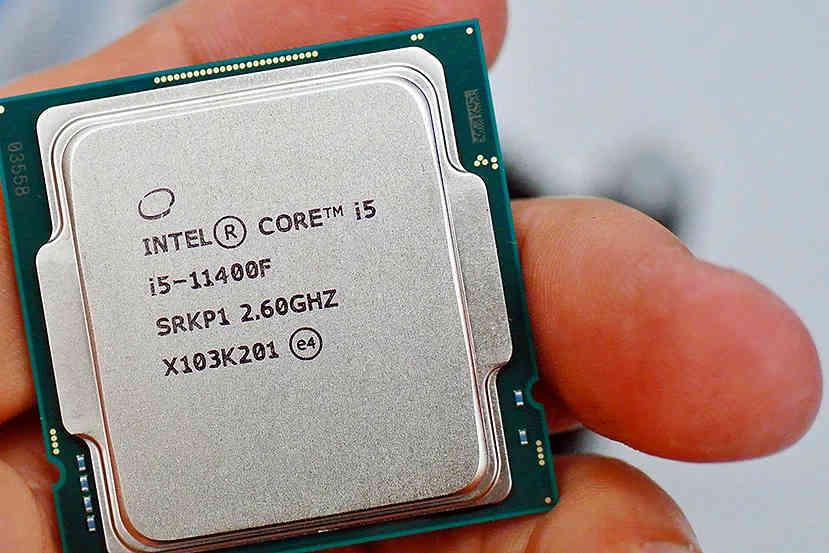 The reason why we have chosen this CPU is for its excellent value for money, since we can find it in most places for less than 200 euros. It is a 6-core, 12-thread CPU that starts from a base clock speed of 2.6 GHz but increases to 4.4 GHz when placed in turbo mode.

Its excellent relationship between its power and its price make it ideal for those who want to build a Gaming PC or a professional workstation for a very low price. Its only limitation? The fact of not bringing an integrated graphics card with it, but it is something that is forgiven since it is an ideal CPU if you want a gamer PC to play Full HD or Quad HD if you pair it with a good graphics card. 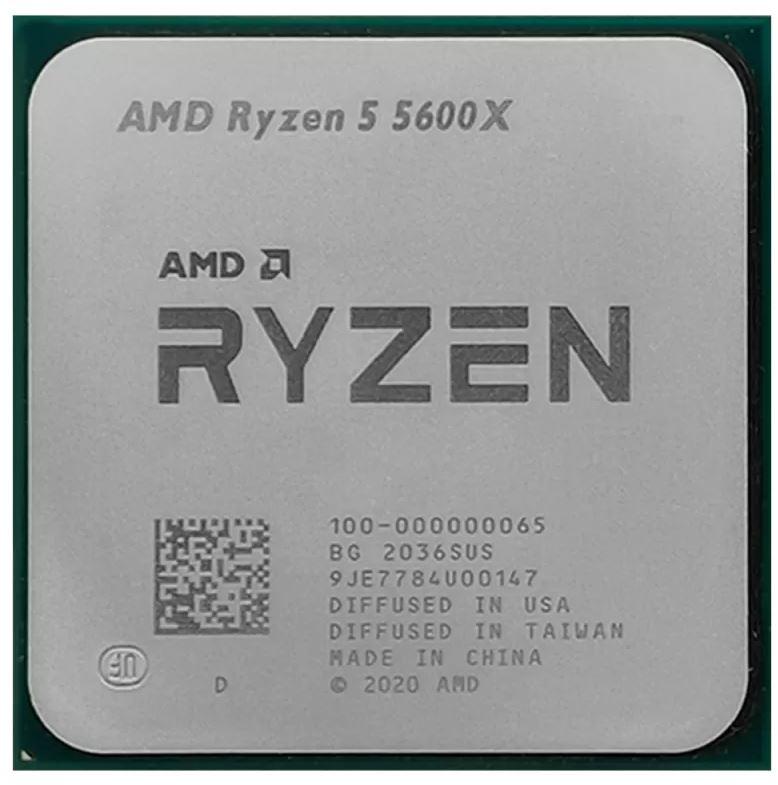 The six-core option from AMD is based on the Zen 3 architecture, it is a powerful CPU with a base speed of 3.7 GHz. It can reach 4.6 GHz as a maximum clock speed. Being part of the family of AMD Vermeer CPUs, built by chiplets, this CPU does not include an integrated GPU inside and therefore we require one, something that will be common for all AMD CPUs in the comparison.

The AMD Ryzen 5600X has an advantage over its direct rival in the same price range, the Intel Core i5-11600K and that is the fact that it is built on a more advanced manufacturing node, 7nm TSMC vs 14nm Intel. What makes the TDP of this processor 65 W, so it is a section that seems important to you when choosing a CPU then the Ryzen 5600X is the best option for you. 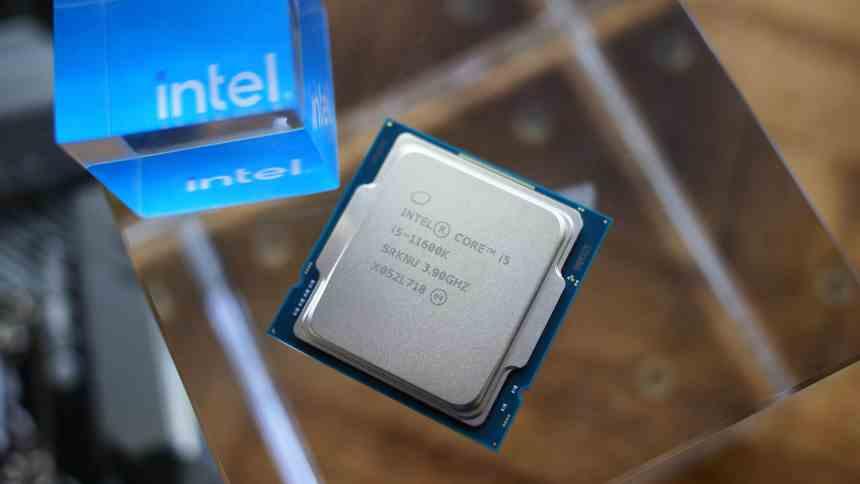 The third of the six-core CPUs that we have chosen is the Intel Core-i5 11600K, a CPU that after all is a version with a 125W TDP of the Core i5-11400F that also has an integrated GPU, although its limited power will not allow you to play high caliber games.

Its base clock speed is 3.9 GHz with the ability to reach 4.9 GHz in turbo mode, so it has a higher performance than the i5-11400F, so if you are looking for a 6-core Intel CPU and you have the enough money we recommend this over the Core i5-11400F.

Compared to the Ryzen 5 5600X, they are two CPUs that are fully matched in the vast majority of games, with differences in games.

The best 8-core CPUs from Intel and AMD 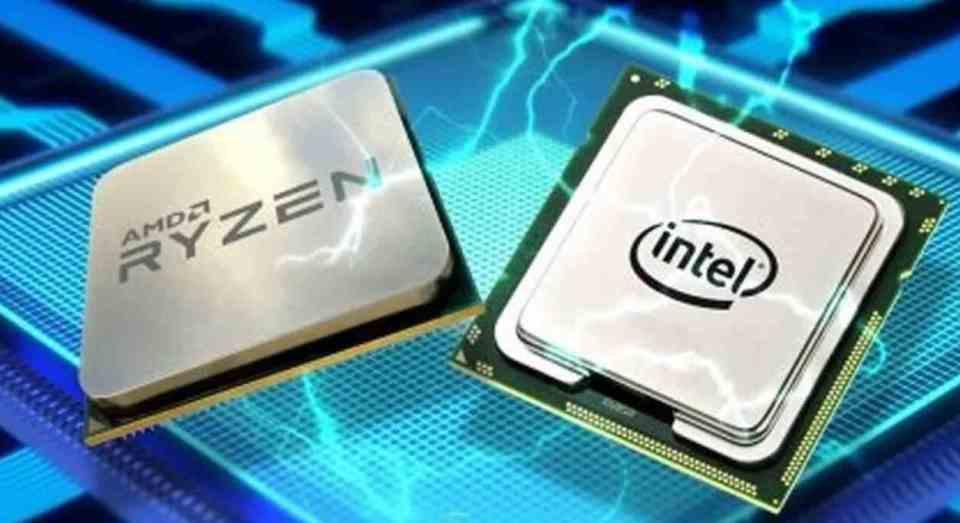 8-core CPUs belong to the upper-middle range of processors for PCs, so obviously in the price range they are higher than six-core CPUs, but they are ideal for gaming, since most games in they are currently optimized for this number of cores and therefore you are going to see a considerable improvement in games compared to six cores.

They are therefore the options that you will have to choose if you want to have a gaming PC to play at Quad HD and 4K resolutions. And thus the ideal pairs for high-end graphics cards from AMD and NVIDIA, as a six-core configuration can put an RTX 3080 or RX 6800 XT in a gaming performance bottleneck. more pointers.

Our selection? In this case we have selected only 2 CPUs, on the one hand the Intel Core i7-11700K and on the other the AMD Ryzen 7 5800X. Which are even in terms of performance and time, to the point where in some games the Intel model wins and in others the AMD model.

The Intel Core i7-11700K like the rest of Intel CPUs that we have covered in this list is based on Intel’s Rocket Lake architecture. We have chosen the i7-11700K model over the other 8-core models due to the fact that it has the best power-to-price ratio of all.

It is true that the 11900K is in figures a much better processor, the 11700K is usually 200 euros cheaper, which gives us to be able to get a much better equipment around it and therefore we are talking about better performance for the same price . 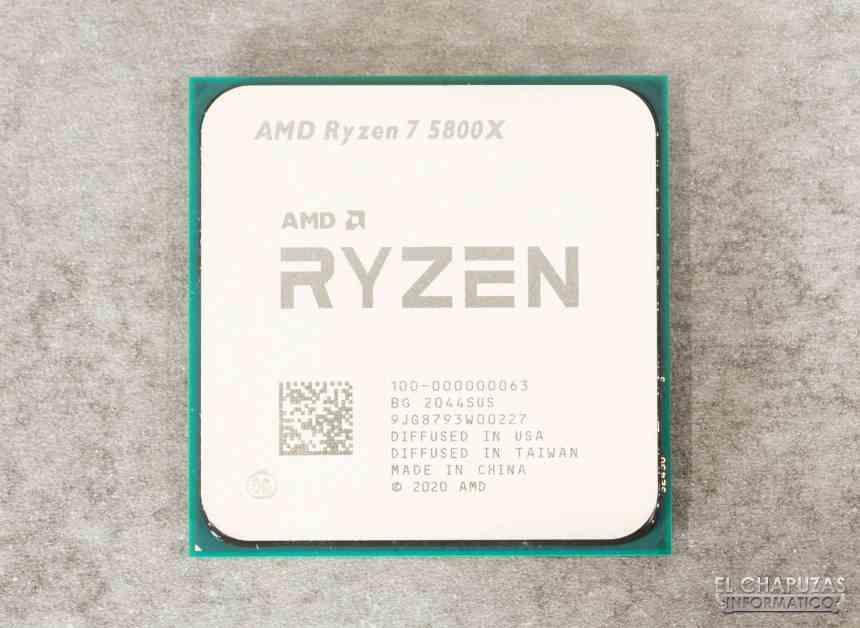 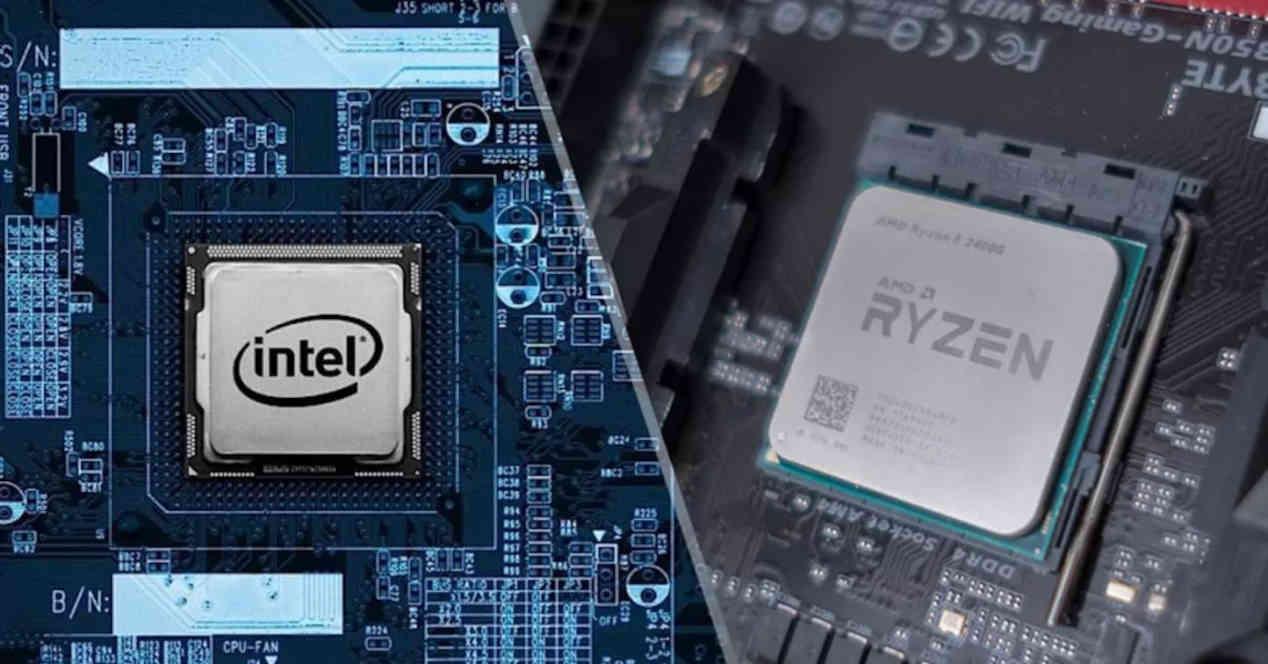 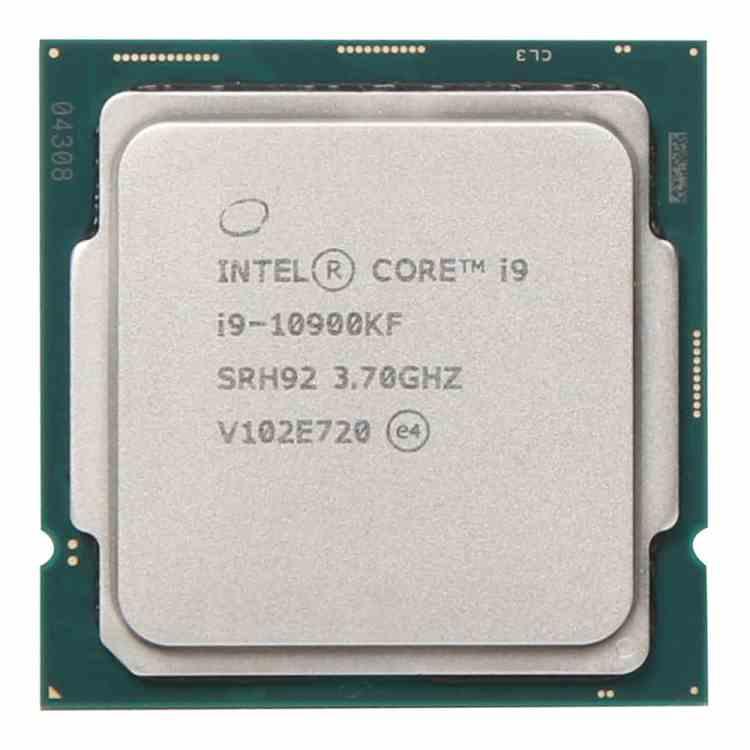 In this case we are faced with a ten-core CPU based on Comet Lake architecture, so the performance at the same clock speed and core per core is somewhat lower than that of the rest of the models that we have previously discussed, but its performance in Multithreading is superior with its ten cores that allow it to run up to 20 threads of execution.

The base clock speed of this CPU is 3.7 GHz with the ability to go up to 5.2 GHz maximum clock speed through Intel Turbo Boost 3.0 technology. Regarding memory support, its controller is designed for DDR-2933 memory, and although it can support faster memory, it will not take advantage of its bandwidth.

Its only negative point? It is the lack of support for PCI Express 4.0. 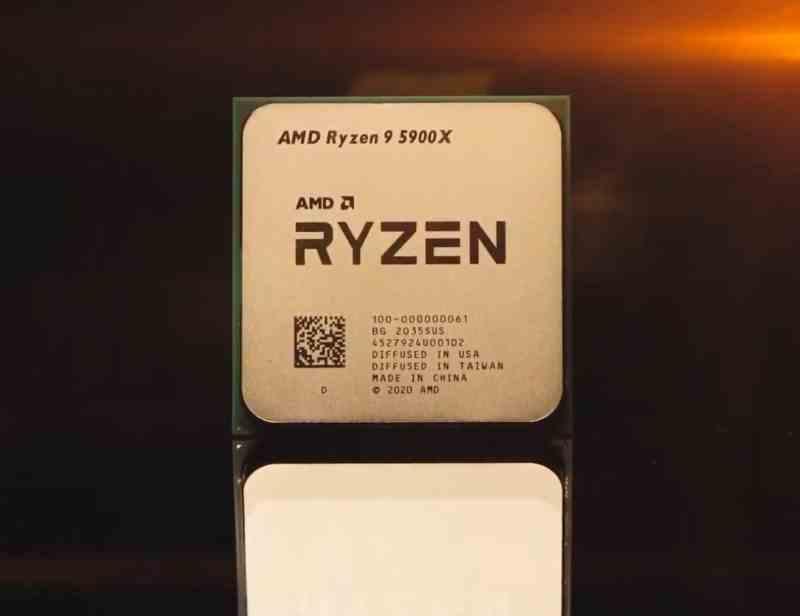 The AMD Ryzen 9 5900X is a 12-core, 24-thread CPU, technically it’s like taking two CCD Chiplets from an AMD RX 5600X into a single CPU. So it is the only CPU with a dual AMD chiplet that you will see in the entire comparison.

Its base clock speed? 3.7 GHz with the capacity to reach 4.8 GHz, with a 64 MB L3 cache, 32 MB in each of the CCD Chiplets. With a consumption of 105 watts. It is the most powerful processor that we have discussed in this article, not only because of its powerful 12-core configuration, but also because of the use of the Zen 3 architecture, which also implies that it is the most expensive of all, and because so much it is ideal if you want to mount a high-power gaming PC, so we recommend pairing it with a high-end GPU.

With this we finish our list of the best Intel and AMD CPUs of the moment, we hope that this list has been useful when choosing a new CPU for your PC. 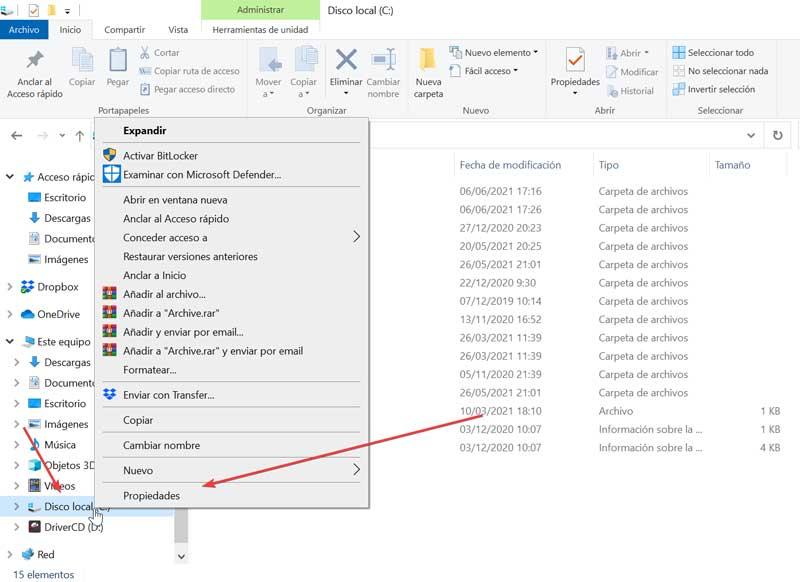 Can’t open corrupted or damaged files? This is how you solve it