The million and a half dollar game

Once again it has been Heritage Auctions the one in charge of organizing the auction that would lead to this copy of super mario 64 to reach a new world record, and that is that this spectacular unit had a rating of 9.8 in the Wata appraiser’s score. You just have to see the perfect condition of the corners, the color of the printing of the box and the packaging in general to discover that we are dealing with a copy that seems to have been teleported since 1996 with a time machine. 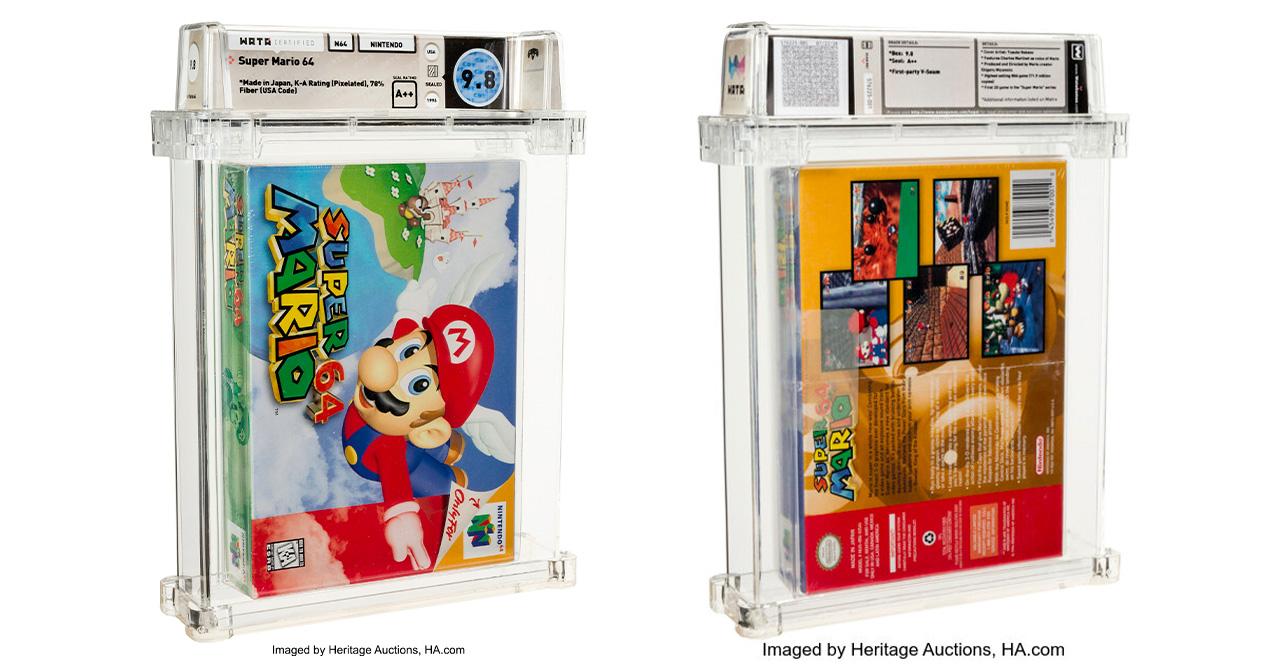 The conditions of the cartridge suggested that a really important figure would be reached, but what many did not imagine is that after witnessing the $ 870,000 unit of The Legend of Zelda on the NES, the next big auction was going to almost double what was achieved less ago. 24 hours. And it is that they have been nothing less than $ 1,560,000 those who have paid an unknown bidder through the auction portal, thus setting a new record in the world of video games. And yes, it has returned to be a Mario game, of course, the fantastic Super Mario 64. 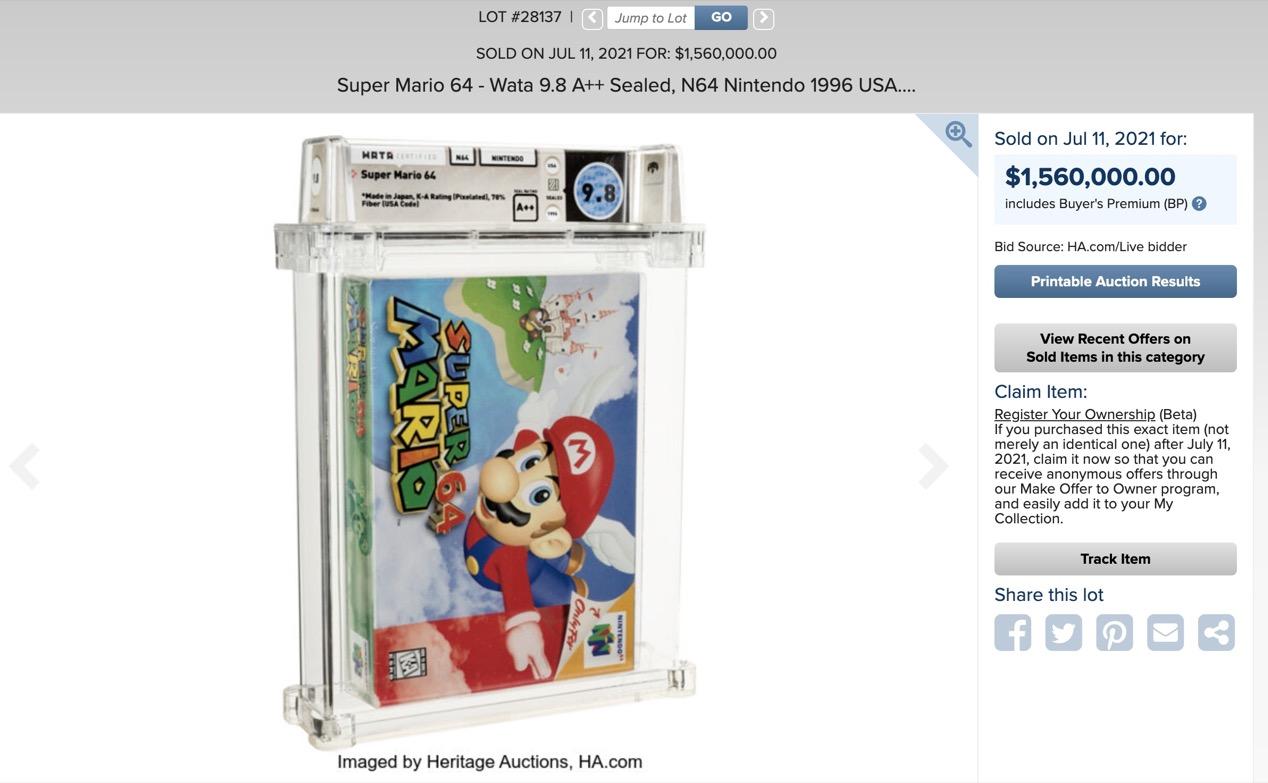 As noted in The Verge, the bids of the last big sales at Heritage Auctions have left a spectacular growth in the last 12 months, since what began with a $ 114,000 Super Mario Bros has ended with a Super Mario 64 of 1.5 million dollars. The list of the most popular games in the completed bids are as follows:

Where is the limit? 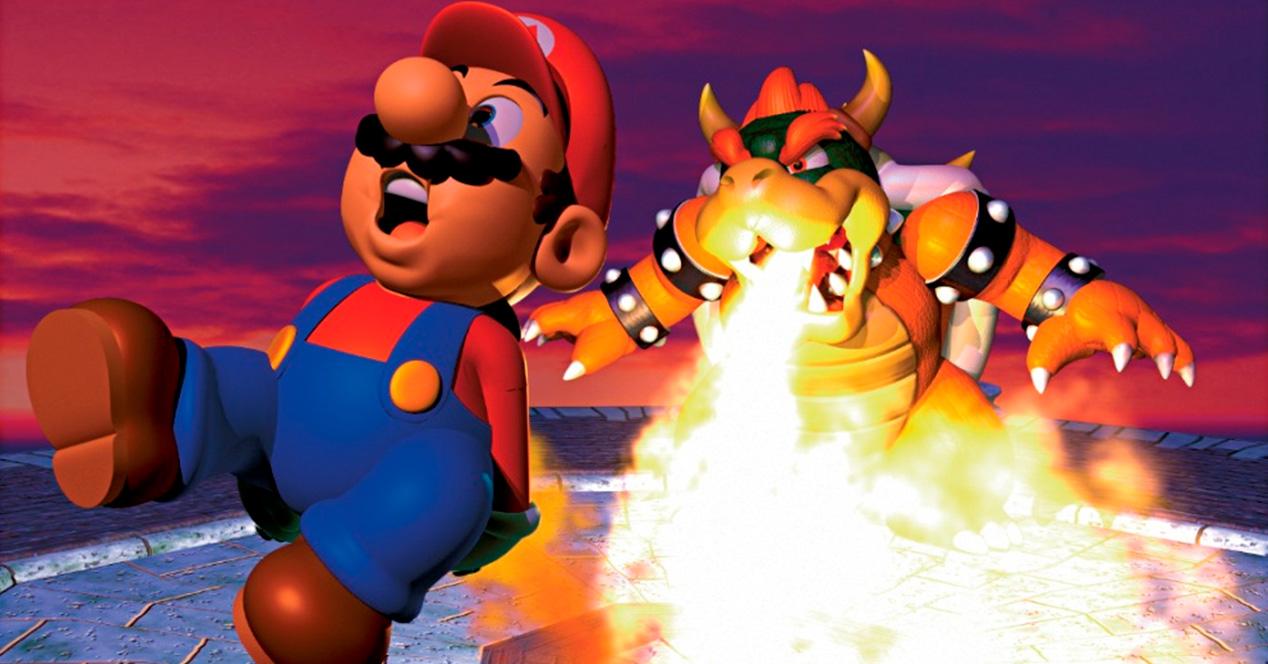 The sale of retro video games has lost all reason they had left. Auction houses rub their hands every time one of these sealed titles from several decades ago appears, and the market surprisingly continues to inflate a bubble that seems not to burst.

This causes the rest of users interested in collecting to be affected by a bubble in which users participate who do not have the same level of commitment and interest as those who have been collecting video games for many years. It is true that starting a collection is never too late, but it is inevitable to reproach that whiff of retro fashion that has made games and consoles multiply their price in a matter of a few years.

With this sale of $ 1.5 million, the market will only rub their hands together and will make many believe that they have a priceless jewel in their hands, when in reality what they have is a Super Mario All Stars without a box and with a worn label.