It seems that GIGABYTE is going through a bad time, not to say disastrous. After the hacking of its website with the consequent theft of confidential information, problems with its power supplies arrived GP-P850GM and GP-P750GM; The company said it was not a problem in its design and blamed the users, but now a video proof has appeared showing that these fonts can explode, and after only 15 minutes of use.

A GIGABYTE GP-P750GM font explodes because of its OPP

In theory, GIGABYTE said (in a fairly detailed statement that we showed you last week) that it had applied new parameters for the OVP and OPP security systems of these power supplies to prevent them from exploding while being used on a PC, but it is obvious just by looking at the first minute of the video we have put above these lines that this is not the case: the power supply explodes during the test , and with a good amount of sparks that could have caused a fire.

According to the manufacturer, the problem is that users who were testing these power supplies using electrical load generators (instead of a PC) were doing so for long periods of time, and forcing the source to work near the trigger point of the device. OPP safety mechanism (120-150% load), leading to reduced component life.

A electric charge generator It does just that, “asking” the power supply for load in the same way as a normal PC would, but the difference is that it does it at a fixed value that can be selected by hand; It is a more accurate and reliable way to measure the parameters of a power supply, since after all a PC never always needs the same energy; in the same way, it is an excellent way to force the power supply to activate its safety mechanisms, which is precisely the problem that this batch of GIGABYTE sources is having, and the proof is in the video where the fountain explodes.

The cause of the explosion? It appears that the power supply activated the OVP and OPP protections, but instead of completely shutting down the unit which is what it should do when the protection mechanism trips, it caused a short circuit on the internal components, which caused the explosion. This obviously indicates a design flaw from the source, no matter how much GIGABYTE says no.

What is GIGABYTE going to do about it now? 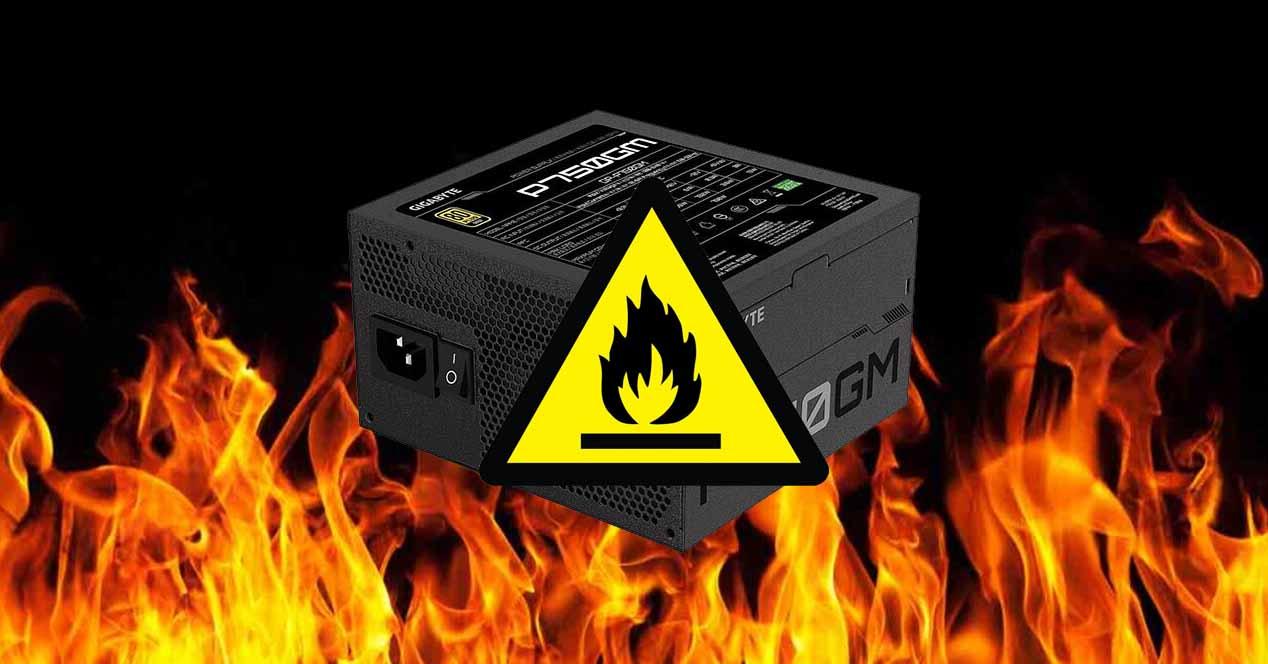 The company has also stated that the long duration of these tests can lead to drive failures (like this source that we have seen explode in the video), but that “long duration” is not exactly well defined, and we consider that the 15 minutes of testing that the guys from Gamers Nexus performed on the video until the explosion cannot be considered as prolonged.

In any case, the problem that this GIGABYTE source explodes is not isolated, there are already many users who have complained about it and they do not use electric charge generators like the one used in the video and about which they complain. the manufacturer. All in all, it seems quite evident that these sources have a very serious design problem which can lead to catastrophes (imagine that the fountain explodes while running inside the PC) and the manufacturer will have to take care of it or, in the end, end up having to face class action lawsuits.

Chrome changes its Incognito window for this important reason

What can I do with CCleaner if I don’t pay?