Firefox has been one of the best browsers in history, until the arrival of Google Chrome. To this day, this browser has positioned itself as an alternative for those users who seek to use open source software and, tired of giving away their data to Google and Microsoft, want to have greater privacy when browsing. Unfortunately, Mozilla doesn’t have as many resources as its rivals, which is putting Firefox behind Chrome and Edge in many respects. And one of them is in the support of the progressive web apps, or PWA.

Progressive web applications, or PWA, are a type of web-based applications that we can install on Windows directly from the web browser. In this way we will be able to install a website on our PC to be able to open it directly by double clicking on it without having to open the browser and navigate to it. These web applications open in a separate window, and closed, of the browser and allow us to use the web (either this same portal, or many other compatible ones, such as Twitter) as if it were a standalone app or client similar to the one we can have on the smartphone.

The main advantages of PWAs are:

Google Chrome and Edge are compatible, for several versions, with this type of web applications. What’s more, Microsoft is one step ahead of Google in this regard, since it allows us to create PWAs even from web pages that have not been prepared for this purpose. However, Mozilla’s browser, Firefox, abandoned development of this functionality, throwing users who want to use it into the arms of Chromium-based browsers.

Fortunately, the community is always ready to help those in need.

So you can use progressive web applications in Firefox

Thanks to a new extension called «FirefoxPWA»It is possible to add this functionality to the Mozilla browser. To do this, we only have to download the extension from its own store and install it in our browser. It works on both the stable versions of Firefox and the Nightly branch.

Once the extension is downloaded, we will have to install its two dependencies (the configuration wizard will guide us through the entire process). These dependencies are the C ++ libraries and the MSI installer of FirefoxPWA.

Once these dependencies are installed, we have our Firefox ready to install progressive web applications on our computer. To do this, we simply have to go to a website compatible with this feature and install it from the new icon that will appear on the right side of the address bar. If any website gives us problems (for example, Reddit) we must deactivate the box to use the manifest to determine the properties of the application. 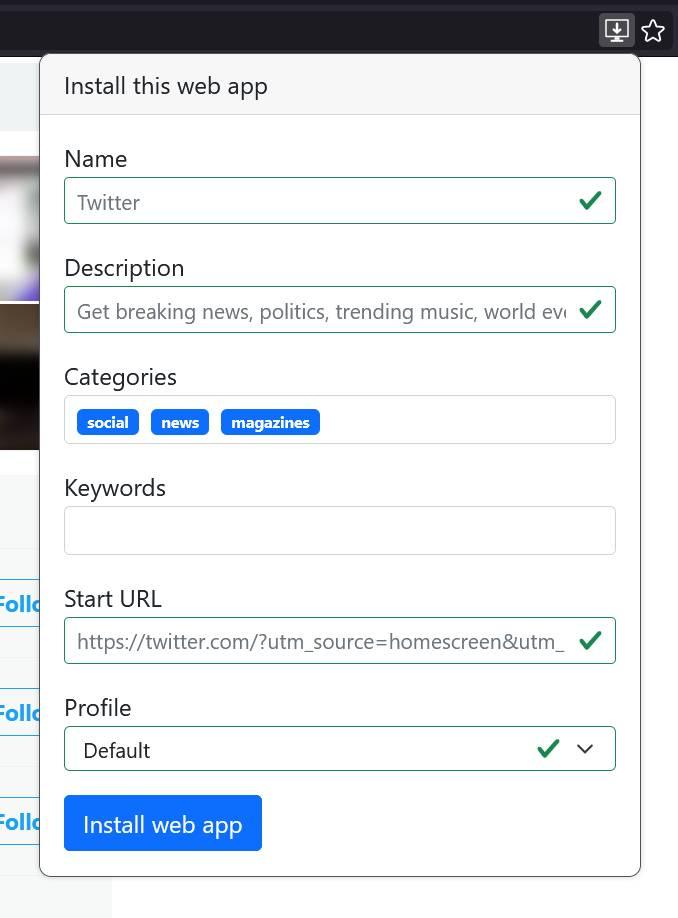 When we get tired of these PWAs we can uninstall them from the panel that we can find in Firefox, or from the list of Windows applications. And so we can keep our system clean, orderly and organized.

Adobe Premiere Pro or Elements, which is better to edit a video?

Intel reclaims the crown: i9-12900K is the new king in gaming