The electricity price continues to rise, and currently has a very uncertain future. For this reason, if we do not want to have disappointments when the bill arrives, and to be able to reach the end of the month calmly, it is necessary to reduce electricity consumption as much as possible, especially for electronic devices that we have at home, such as the computer. If we spend many hours at home in front of the computer (for example, when teleworking), it is easy that we are spending more. And, with these simple changes in Windows, we can reduce spending and, with it, the price of the electricity bill.

By default, Windows is configured to offer us balanced performance between power consumption and speed. In other words, when the computer is at rest, it will spend little energy, but when we are going to use it, consumption will skyrocket. In the same way, it is easy for some tasks to be executed automatically during the hours when electricity is most expensive, increasing the cost of the bill without realizing it.

Let’s see how to avoid this.

I now use a power saving profile

A form of save energy when using the computer is to set up a low consumption plan that de-prioritizes the performance of the computer in exchange for spending less energy. Windows, as standard, offers us several power plans, which we can change on demand according to our needs. To do this, we just have to open the “Power Options” section, which we can access from the Windows search engine itself, and select the “economizer mode«.

It is true that it is possible that some tasks in Windows (for example, games) or some program that uses a lot of CPU, work slower than normal, but in most cases we will not notice a difference in performance, and quite a lot in The invoice of light,

I update Windows only in the cheap hours

There are certain tasks that make a very intensive use of the computer, such as the Windows Update updates themselves. And, if they run during the hours when electricity is most expensive, they can cause an unexpected spike.

Although Windows does not allow us to schedule updates as such, there are some small tricks that we can resort to to prevent them from being carried out during the hours when electricity is most expensive. For example, within Windows Update we can find an option called «active hours«. This section allows Windows to disable automatic updates while we are working with the PC to avoid unexpected restarts. 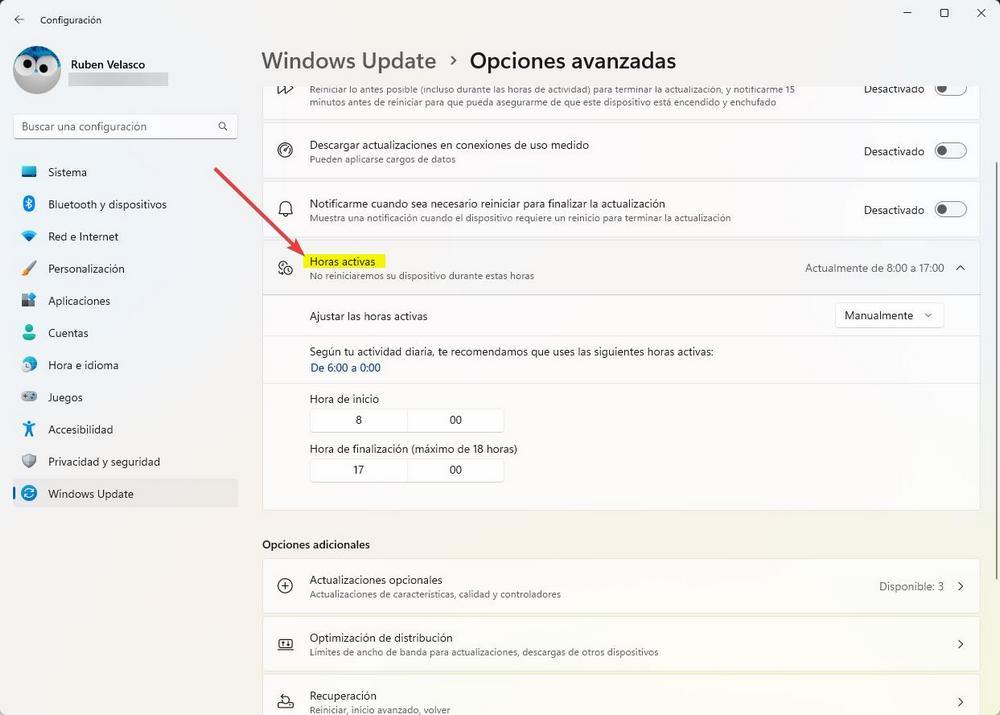 We configure a range of hours as wide as possible, covering peak and flat hours, and that’s it. This will prevent updates from being released during these hours.

I use a laptop whenever possible

If we are used to working with a desktop computer, we should consider the idea of ​​switching to a laptop. Desktop PCs consume much more electricity than a laptop, in addition to having to add the expense of the monitor, and other peripherals that we have connected to the computer. In the long run, the expense is much higher.

For this reason, if we have a laptop at hand, even if it is something old, we should consider starting to work with it, leaving the desktop computer for when we really need it, for example, if we want to play for a while. Of course, it is better to wait for off-peak hours to play. If not, all of the above will have been useless. Be careful with Windows 11 Alpha, it can be very expensive Do you use Telegram on Windows? Don’t settle for its interface