The new generation of Samsung foldable phones will be officially presented next week at the unpacked that the South Korean firm has scheduled as a summer event. With constant leaks for months, now from the prolific Evan Blass we get the official renders.

Samsung sweeps the sale of folding smartphones and intends to maintain its privileged position with the launch of the new Galaxy Z Fold4 and Galaxy Z Flip4. As it had been rumored and assuming the images were accurate the external design will change very little compared to current versions. We review what we see and what we know so far.

Some of the novelties are “hidden” in these renders, such as the case of the screen crease, much less noticeable than that of its predecessor thanks to the redesign of the hinge. Maintaining the size of the screens (7.6 and 6.2 inches), changes are also expected in their aspect ratio, the external one from 24.5:9 to 23:9 and the internal one that would go from 11.2:10 to 12:10 .

Internally, the biggest novelty would be the chipset Snapdragon 8+ Gen1 from Qualcomm. We expect 12 Gbytes of RAM and perhaps the premiere of the new chips with 1 Tbyte of internal storage capacity. If these do not arrive on time they would have a maximum of 512 Gbytes. The selfie camera is likely to get a much-needed upgrade, and whether the phone will have a hole in the chassis to house the S-Pen stylus remains to be seen.

What we do see are its color finishes, a beige with a hinge and gold edges, the black that Samsung calls Phantom Black, and the gray / green also known. There is no sign of the rumored burgundy red finish. With Android 12 pre-installed and the manufacturer’s One UI layer, its price range is not known and if it will lower the current one.

The images confirm what we knew until now, a “shell” type continuous design enormously compact when folded and also allows good one-handed operation when unfolded. These types of designs were very popular a couple of decades ago and are still used on ‘dumb’ phones. 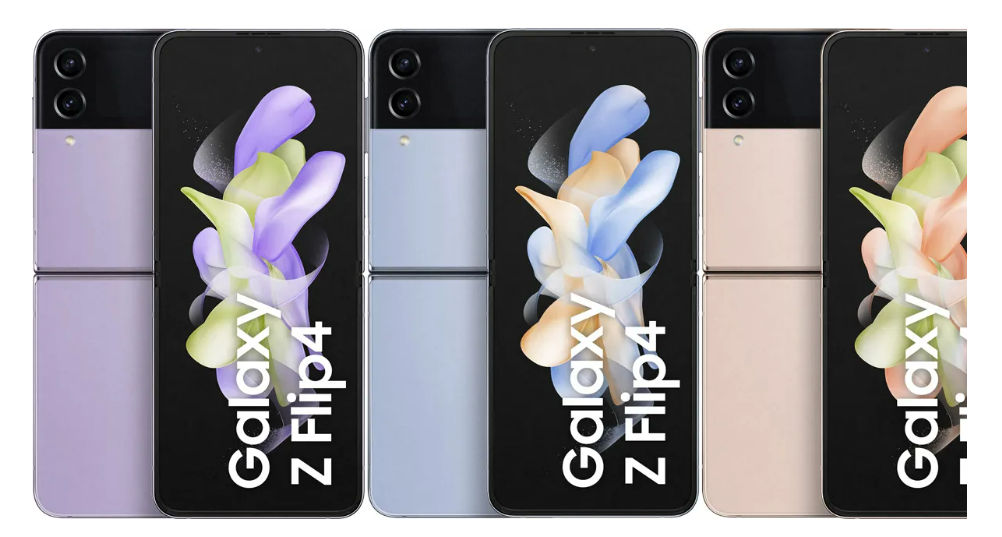 Not too many changes are expected in the impressive multi-touch flexible OLED screen with a size close to 7 inches when it is unfolded and which will undoubtedly be the star of the Galaxy Z Flip4. yes we hope that the external screen expand its size and that the hinge, as in the Fold, is thinner and with a narrower gap when folded.

The internal hardware will come updated with Qualcomm’s Snapdragon 8 Gen 1 Plus SoC and will offer configurations with 512 Gbytes of storage capacity. The renders show us four color finishesgraphite, rose gold, violet and blue. 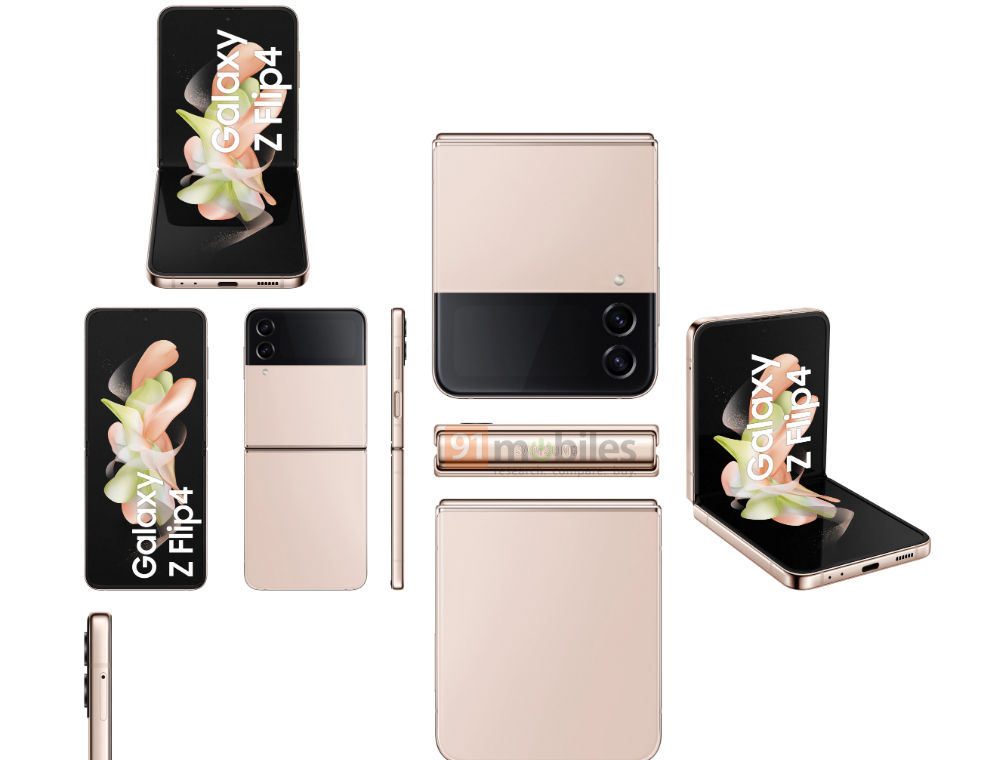 Samsung will present the new generation of folding mobiles on August 10 at an Unpacked event where the firm is likely to also present the new Galaxy Watch 5 smartwatch and Galaxy Buds Pro 2 wireless headphones. Don’t miss it. We will be here to tell you everything that is presented there.

OnePlus Nord 5G: the two smartphone models are at -30% at Amazon