Intel’s flagship NUC PC has now been disassembled, giving us a detailed look at what fuels this SFF gear craze. The NUC 11 Extreme aims to be the fastest mini PC at just 8 liters of volume, and the way it is designed is impressive to say the least. We’re going to dive into its design and specs to show you off.

The Intel NUC “Beast Canyon” and its incredible interior

The Intel NUC 11 Extreme Beast Canyon SFF integrates all its hardware in a chassis that only occupies 8 liters of volume, and that looks like a rectangle with huge mesh plates that cover the sides and the top of the case. The front features a large board displaying the Intel “SKULL” logo with RGB LEDs, while the back features the power input socket and traditional I / O ports. The power supply has an ITX format, is manufactured by FSP (model FSP650-57SAB-A) and has a power of 650W.

The biggest difference between the Intel NUC 11 Extreme Beast Canyon and a standard gaming PC is nominal. The NUC comes in an 8-liter chassis, which means that its cooling potential is much lower than that of a traditional PC, and you already know that the heat generated by the hardware can greatly affect both the performance and the lifespan of the devices. components. In addition, the internal components are quite tight and do not leave much space between them, but preliminary tests have determined that in the end there is not much difference between the performance of this mini PC and a high-end gaming PC.

The equipment has more than decent connectivity, which includes:

As you may have already seen in the photos above, the main cooling of the equipment is located at the top and is provided by three Cooler Master fans of 92 mm each that blow the hot air out. These fans and the mesh plate can be modified if the user wants to replace them with others.

In terms of graphics support, the Beast Canyon NUC 11 Extreme can accommodate a dual slot graphics card up to 12 inches long; For additional cooling, Intel has placed an active cooling fan just below the Compute Element (where the Core i9-11900KB processor goes) that covers a PCIe 4.0 x4 slot. Just under the cover of the Compute Element of the NUC, we have several expansion slots: 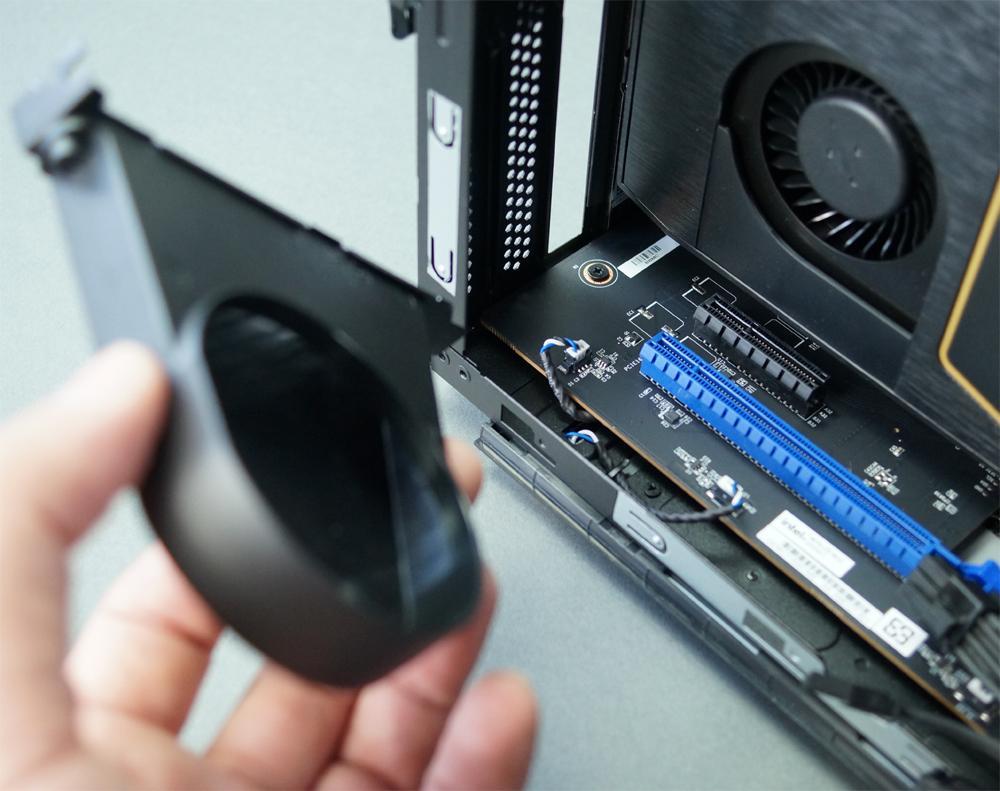 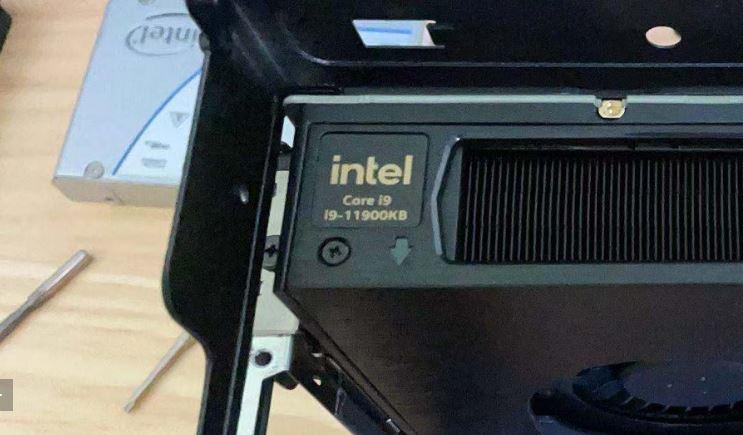 The most interesting thing about this Intel NUC 11 Extreme is without a doubt its Compute Element, a PCI-Express expansion card that can be put in and removed and that includes the Core i9-11900KB processor, the RAM memory, the chipset and the system. cooling of this integrated whole (and the interesting thing is precisely that it can be changed for another Compute Element, making this NUC modular).

This processor has 8 cores and 16 processing threads, with a base frequency of 3.3 GHz and a boost clock that reaches 5.30 GHz (Velocity Boost). The CPU carries 24 MB of total cache with a TDP of 65 watts (PL1), and it connects with the BGA1787 socket so it is soldered to the board and cannot be put on and taken off itself. The CPU is connected to the WM590 chipset which is designed exclusively for Tiger Lake integrated chips such as this case.

Unfortunately, the price and release date of this equipment is unknown, but since there are already rotating sample units it is quite likely that its launch will be quite close.