Content creators make use of a specific suite of programs over other options, this being Adobe’s. Well, the so-called Pugetbench measures the performance of the CPUs under applications such as Premiere, Photoshop and many others that are included in this package.

The proximity of Intel Core Gen 12 and the fact that manufacturers already have it in their hands for testing has caused results to appear under Pugetbench and specifically from i7-12700K, let’s see what its performance is.

Disappointment or hit with the i7-12700K at Pugetbench?

As you can see in the image above, the Puget Systems benchmark in various Adobe applications using an i7-12700K. And what results have been obtained? Well, being concrete and specific, in After effects a score of 1565 is obtained, in Premiere Come in 1114 and 1222 points and to end in Photoshop the processor gets a result of 1244. Knowing the data is fine, but you have to put it in context to get something clear, since what interests us is how it compares with previous generations of Intel Core, and specifically in the 0.95 version of the benchmark for Premiere Pro. Intel Core i7-11700K obtained results in tests of 729,813 and 815 points in different tests. So taking the highest result we are talking about a 407 point spread and therefore the i7-12700K would have, at best, 15% additional yield with respect to its predecessor director according to these tests.

In any case, one of the things we want to see is the use of AMX units that are designed to accelerate deep learning, especially since various post-processing effects and therefore image manipulation take advantage of the high capacities of the Tensor or matrix execution units to increase their performance considerably. 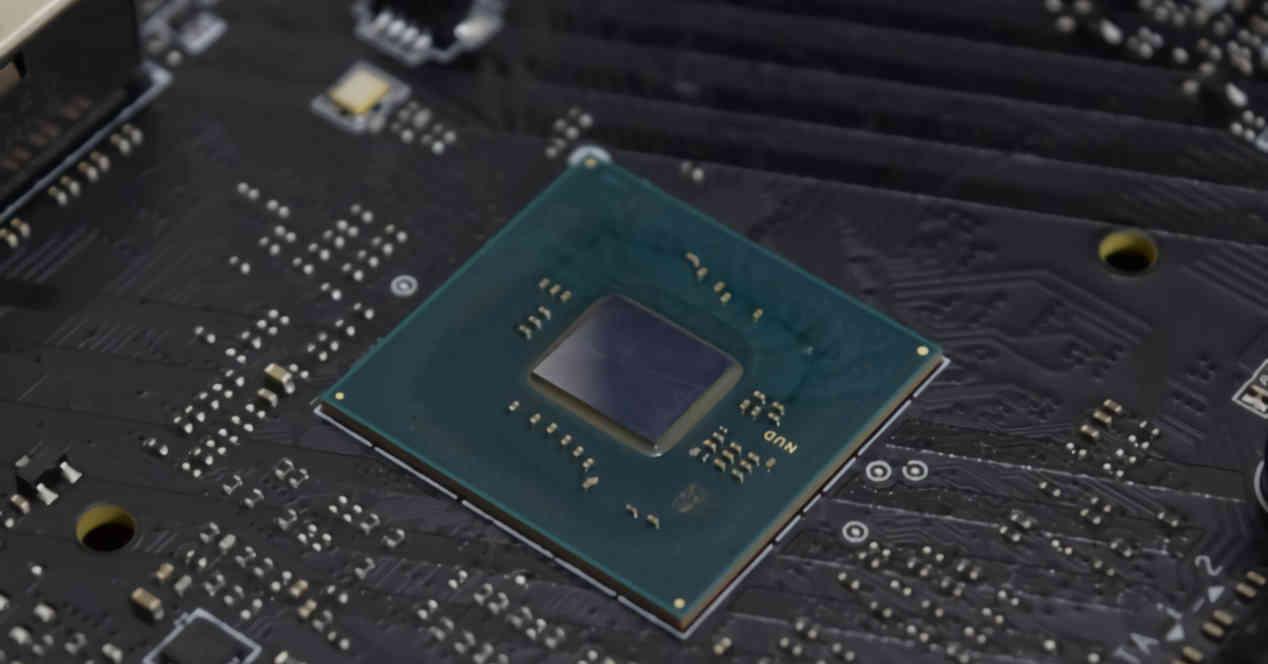 All the performance tests have been done under the same PC, although of all the specifications the motherboard used stands out, specifically a GIGABYTE Z690 UD AX DDR4 (F1). This does not show that Intel’s high-end chipsets will have support for DDR4 and let’s not forget that the Alder Lake-S architecture is compatible with both types of memory, but everything indicates that there will be motherboard models for DDR5 and Ddr4 in the mid-range and not only in the low.

The support of the two DDR RAM standards in the same processor should not surprise us since we are in a transition period between both types of memory. Everything indicates that Alder Lake-S in order to manage the DDR4 inherits the Northbridge of the Rocket Lake-S and therefore we should expect the same times between memory and processor in both the eleventh and twelfth generation of Intel processors.

In closing, this partly disproves rumors that the Z690 chipset it was going to support only DDR5 memory, as there is a version with DDR4 memory. So in the end, what will be most interesting will be to see how the different CPUs in the range compare using both types of memory.

Crossroads of statements between Intel and AMD: they bring knives to a shootout

What encryption do I choose to protect my passwords on KeePass? Practice and improve your English with this hidden Google Meets trick