One of the novelties that were presented together with the announcement of Windows 11 was the possibility of run android apps natively, without the need for emulators. This has been possible thanks to the Windows Subsystem for Android, and a close collaboration with the Amazon App Store. In this way, the possibilities of our PC skyrocket, leaving behind the limited Windows application store and being able to use the same apps that we use on a mobile or tablet. And, after a long wait, this possibility has finally become a reality.

Last week Microsoft officially released 22H2, the first major update to this operating system. With it, Microsoft introduced many features, and new features, that could not arrive at launch, such as more customization at startup, improvements to the desktop, or the expected browser tabs. But, although it has not been given much hype, it has also finally enabled the possibility of using Android apps on Windows.

How the Windows Subsystem for Android works

The Windows Subsystem for Android, or WSA, works similar to how we can run Linux on top of Windows. The operating system creates a virtual environment, thanks to the Hyper-V hypervisorand above it allows us to run applications as if they were running inside a smartphone or tablet with the Google operating system.

The problem is that Microsoft has not reached an agreement with Google to include Google Play Services or the Android store itself. Therefore, it is not possible to download them from the same application store as on the mobile. What it has achieved is an agreement with amazon to install your app store on Windows and allow us to download apps from this store.

To start installing and using Android applications on your PC right now, all you have to do is download the Amazon App Store from the Windows application store, log in and start using it.

When installing the amazon-appstore, the system itself will ask us for permission to configure virtualization and download the Windows Subsystem for Android. The entire process is automatic, so all you have to do is click next and let it automatically prepare your PC. 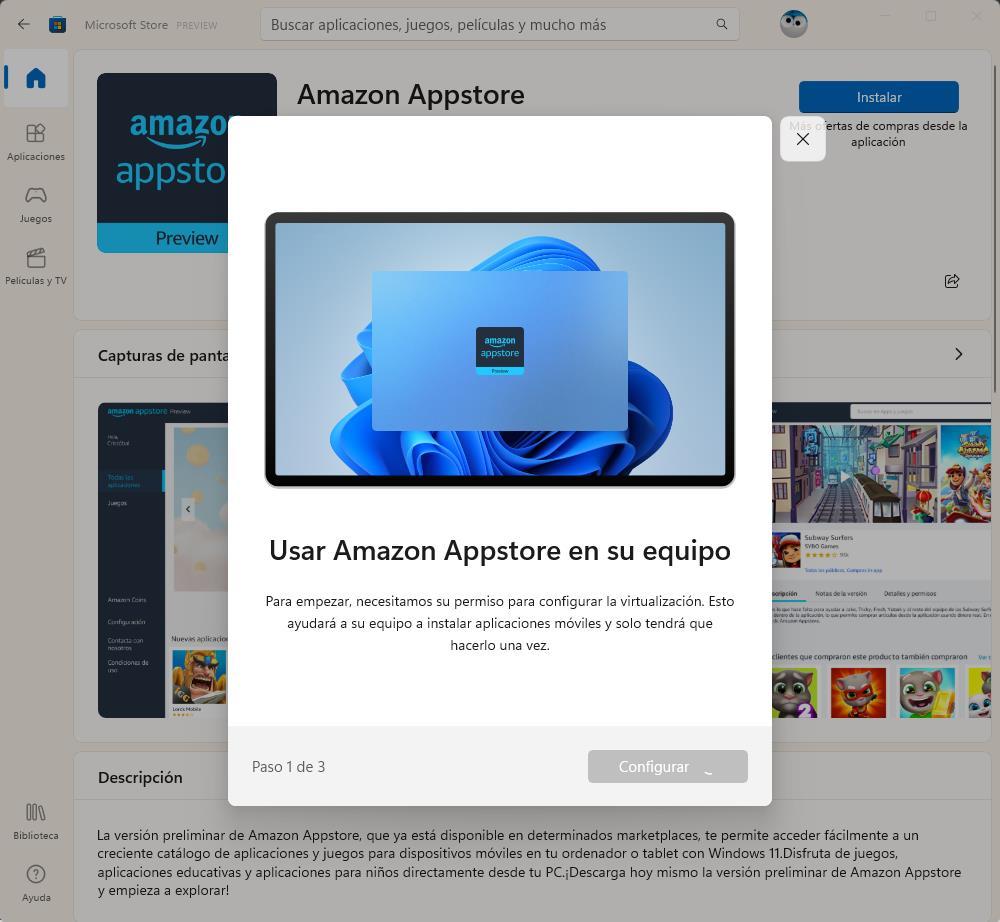 Of course, we must bear in mind that there are already unofficial projects that are working to allow the Play Store and Google Play services to be installed so that we can install the applications just like on the mobile. But, for now, we can only use the Amazon app store.

The only problem with this feature is that not all users will be able to use it. The requirements to be able to make use of this novelty are quite high, as announced at the time. And it is that, in order to use Android apps in Windows 11, our PC is going to have to have the following:

Of course, computers that have the virtualization functions disabled in the BIOS will not be able to use this novelty, as well as those that have the PC configured in Mode S.

this is confirmed by Elon Musk

How Malware Can Be Hidden Inside a Trusted Program