The Atari catalog was not particularly prominent. His games did not score much in his time, however, that has not prevented some of his titles from being quite desired over time. One of them is Air raid, a game of airplanes that drew attention in its time not for the quality of the game, but for the aesthetics of the cartridge itself. And it is that the casing itself had a T shape, possibly imitating the acceleration lever of an airplane.

The game didn’t get to be a big deal, but the shape of your cartridge It remained in the memory of many, to such an extent that the few units that were put on sale are today a product highly desired by collectors. And if not ask Alex Juarez.

Alexa was going through a donated bag of toys at the company she works for, Goodwill, when she came across a rather strange game. Shaped like a T, the casing of this blue game caught his eye, so he didn’t hesitate to ask his father if he knew exactly which game it was that had appeared in this junk bag.

The surprise was capital, since apparently he had in his hand a rather special game that was very difficult to find. And you just had to take a look at some auctions from previous years, where up to $ 33,000 was paid for a sealed copy of the game. So far only 5 copies of the game had been auctioned, so it was to be expected that the game would garner quite a bit of interest.

All for a good cause 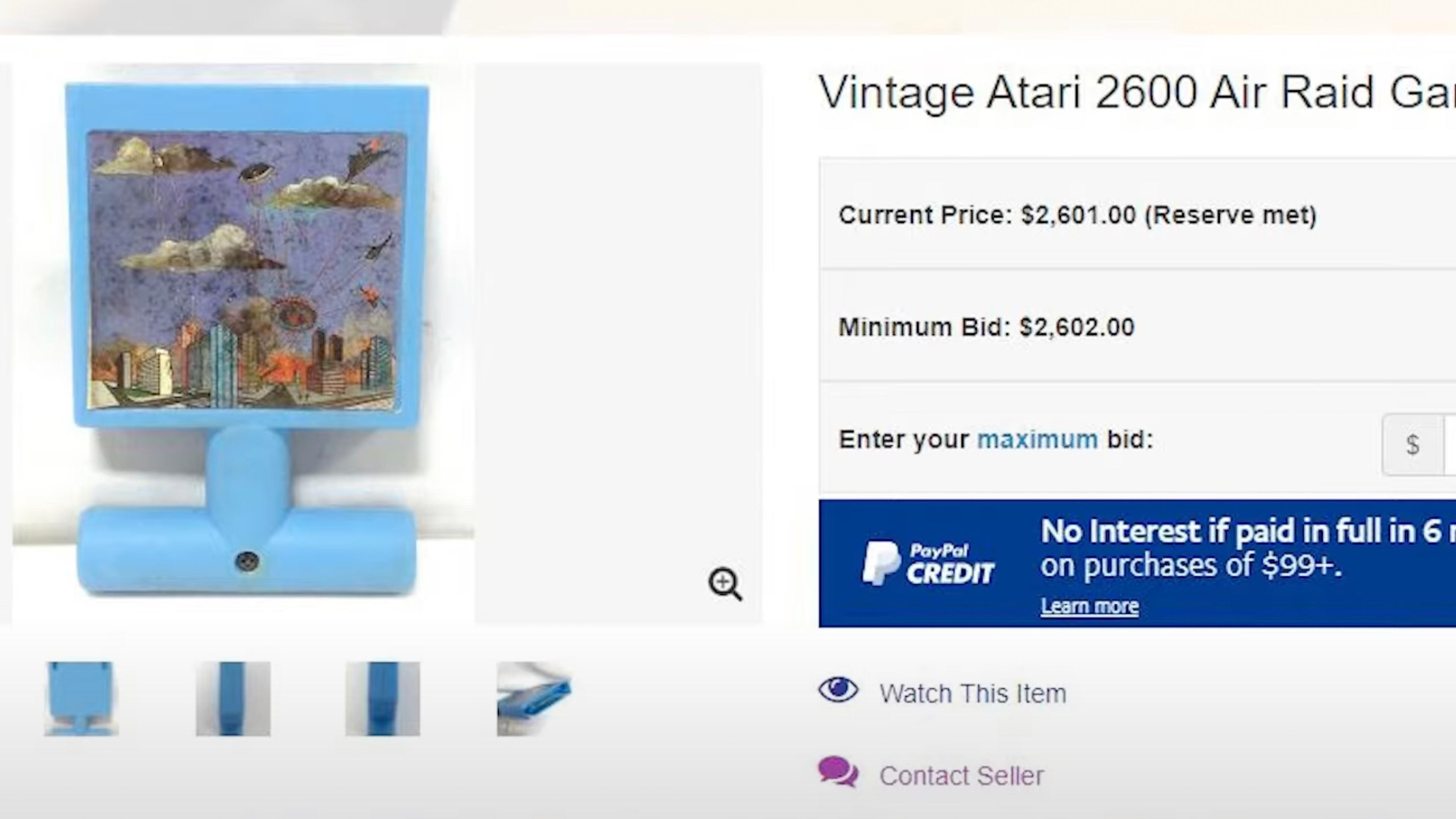 Considering that Goodwill is a non-profit company that helps people in unfavorable situations, the idea was going to be clear: auction the game to use the proceeds in their work. No sooner said than done. This copy of Air Raid was posted on the Goodwill website waiting for the highest bidder to take it home, something that happened when a person decided to pay no less than $ 10,000 for it.

As you can see, the auction was a complete success, and it again shows us that there is nothing written about retro games. When you least expect it, a new trend could appear and you could find a priceless treasure in one of the drawers at home. The question is, would you sell one of your old games for a good deal?

RuTube: Russian YouTube is still HS after the worst cyberattack in its history