After an interminable wait, Kratos will finally unleash his wrath on PC on January 14th. So what is the value of porting this sensational title? The answer below.

In 2018, Santa Monica Studios provided a memorable sequel to Kratos’ adventures with God of War. as sumptuous as it is, this masterpiece is nevertheless remained out of reach of PC gamers, who are still chomping at the bit while waiting for a ride on their favorite machine. But everything comes at the right time to those who know how to wait. The God of War himself will finally honor us with his presence on PC from the January 14th. After having been able to test this version for a few hours, here is our feeling on this long awaited title.

First of all, let’s clarify that it is not a test of the game itself, insofar as we had already given you our impressions on it at the time of the release. The objective is rather to judge the quality of this PC port in terms of visual rendering, potential bugs, gameplay reproduction, and especially performance optimization.

For this reason and in order to put this test in perspective, let us specify that we have tried the version Steam of the game on a machine equipped with a GeForce RTX 3070 and a Ryzen 5 3600X *. Obviously, all the figures mentioned below relate to this configuration and are mentioned for information; they don’t necessarily represent the experience that awaits you on your own machine. 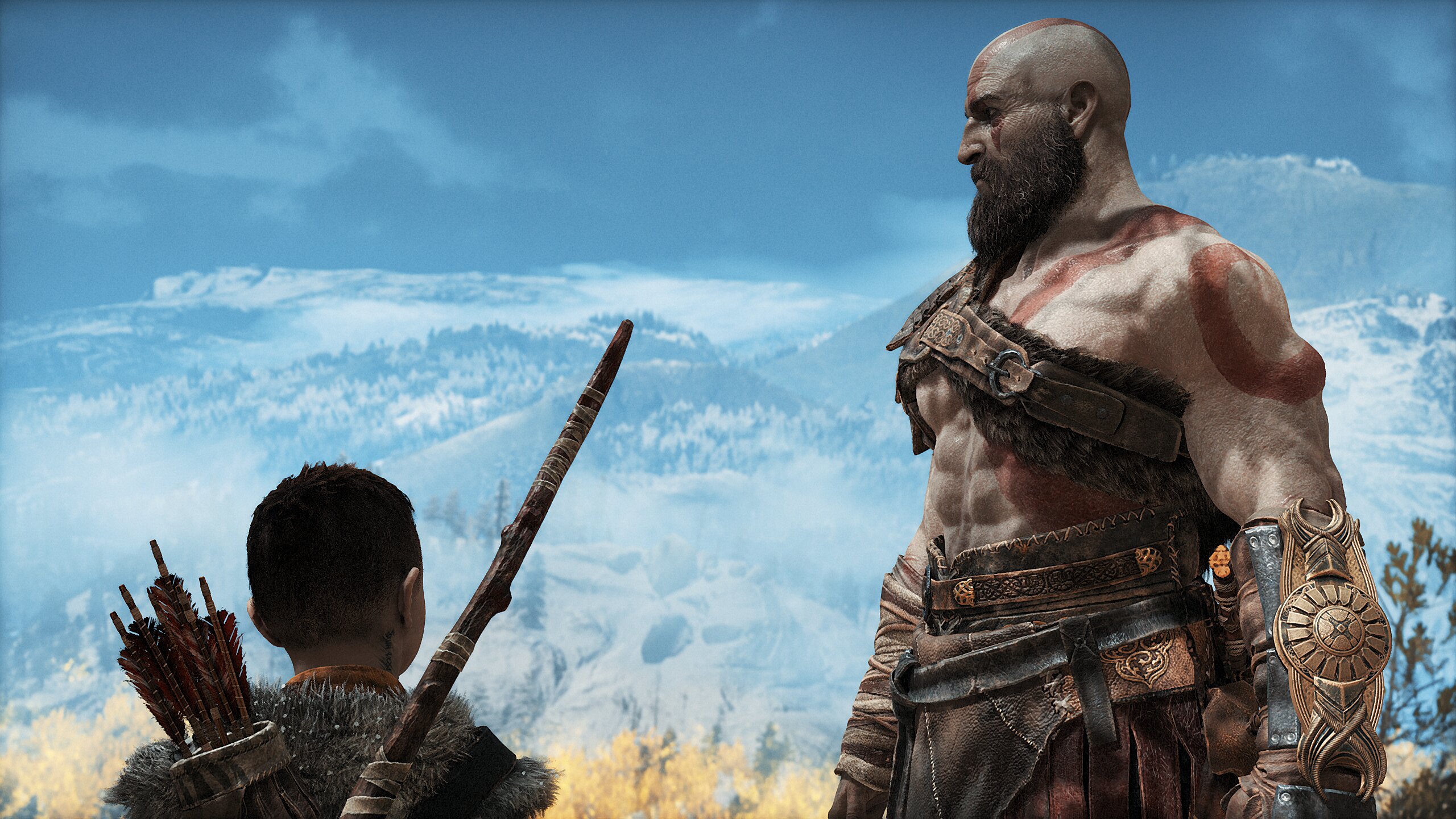 Always so sumptuous and correctly optimized

Let’s start with the elephant in the room: unsurprisingly, you will need a rather muscular machine to take advantage of all that God of War has to offer graphically. But overall, the work of graphic optimization was carried out smoothly. Our machine has spent most of its time oscillating between 80 and 95 FPS (* see the configuration at the top of the article), with rare drops around 70 FPS * (Ultra presets, 2560 x 1440, V-Sync On, Motion Blur at 0, DLSS disabled).

By lowering the graphics quality to the default, we again gained a good dozen FPS * on average. There is therefore a certain leeway that can be exploited to run it correctly on a slightly older machine, provided you make some concessions on the graphics quality. 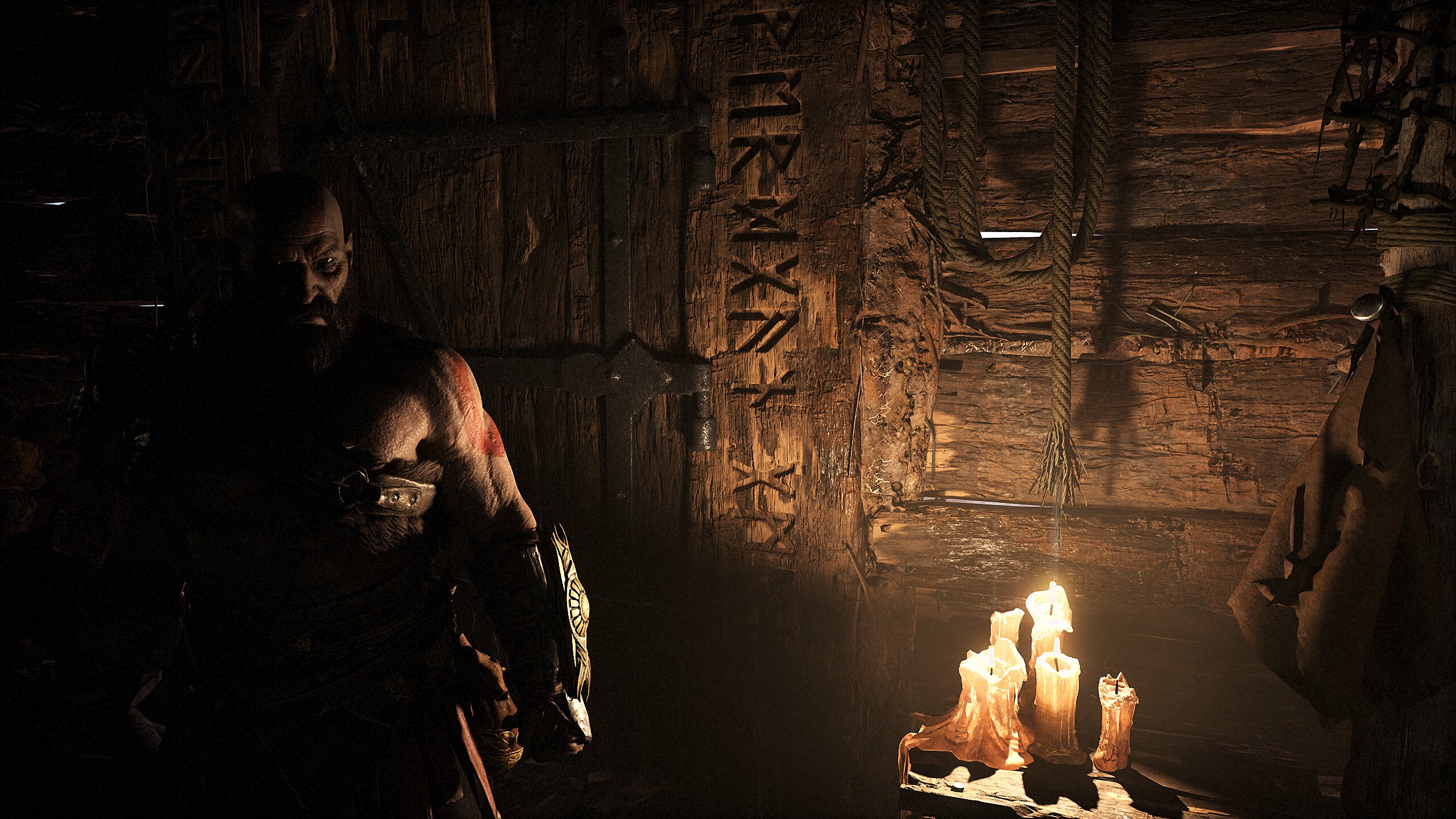 DLSS does the job

The result is just as good if you go for DLSS; NVIDIA’s supersampling technology enabled us to gain about fifteen images per second * on average by opting for the best sampling quality offered (rendered in 1708 x 960 before oversampling).

To be finicky, however, we will notice a discreet graphic glitch encountered a few seconds on a specific water point. But Sony specifies that this is a DLSS bug already identified on the pre-release version to which we had access; it will therefore probably already be corrected on the final version on the day of release. 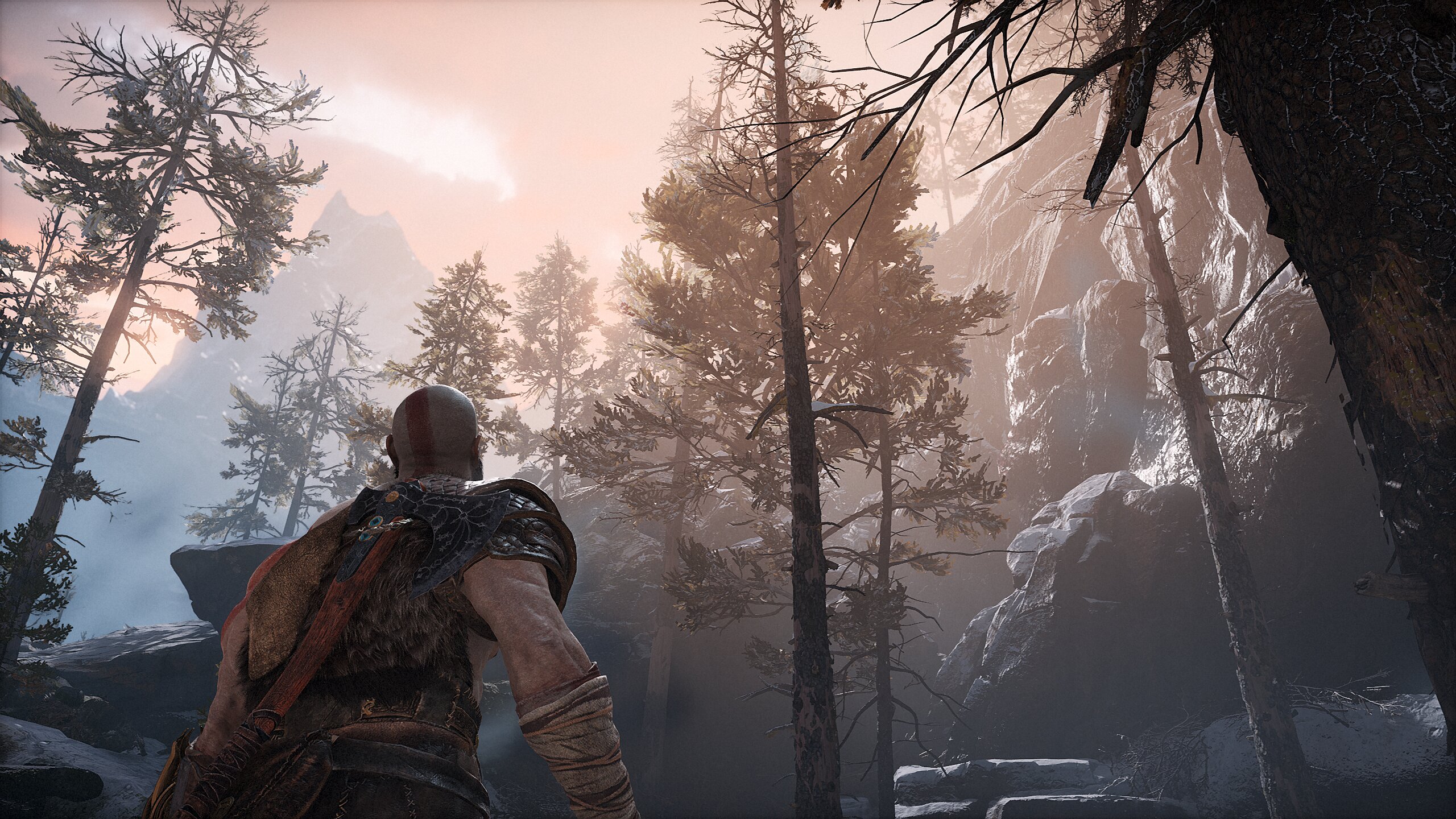 A grip consistent with the original

As for getting started, we had absolutely nothing to report during our session. We started out armed with the traditional keyboard mouse combo, and God of War lends itself pretty well; thanks to the mechanical locking and compensation of the distance, the lack of directional stick was absolutely not felt.

But to enjoy the most authentic sensations, we still pivoted to a controller halfway. Our DualShock 4 was instantly recognized by Steam, and therefore by the game; the transition was made in less than a second. You should therefore not encounter any compatibility concerns with the controllers supported by the Valve platform.

No bugs and very good sensations

For the rest, there is not much to reproach this transposition. Our session did not go to the end of the story, which all the same lasts several tens of hours, but we did not not encountered a shadow of a bug likely to spoil this arrival with great fanfare.

In any case, those who have already touched the title on console and now want to switch to PC can be reassured: the experience seems perfectly faithful to that of the console version, and you can therefore relish it without moderation. For those who have been deprived of it until then, it will be the perfect opportunity to discover a technically dazzling title, with virtuoso narration and quite enjoyable gameplay. Go for it, the Valhalla is straight ahead!

“AI, the use of chatbots and the implementation of RPA projects will be key in the financial industry”