We all know that the sole manufacturer of Apple’s ARM processors is TSMC. Although those from Cupertino must be very amused by depending on a single supplier for a component as important as the processor in an electronic device.

and is the unique because there is no other company as technologically advanced in chip manufacturing as TSMC. So due to pressure from Apple to manufacture outside of China, the supplier plans to set up new production plants in the US and Europe, specifically in Dresden, Germany.

TSMC is seriously considering setting up a new chip production facility in Dresden, Germany. The first of the Taiwanese company on the European continent. The project is already well advanced.

And more taking into account the pressure that TSMC is receiving from Apple to start manufacturing its ARM processors outside of China Y taiwan. A wish that in Cupertino they have been waiting for a long time.

TSMC is aware of the problem that manufacturing in China and Taiwan has been representing in recent years, and it already plans to build two production plants in Arizonaone in Japan halves with Sony, and a plant in Germany.

The most advanced chips will remain Taiwanese

The Taiwanese company plans to continue manufacturing its most advanced processors (3 nm.) in Taiwan, because its most qualified engineers and the most advanced production machinery are in that country. At the plant in Germany, scheduled for start-up in 2024they plan to manufacture chips for automobiles, since they do not need such advanced technology for their development and manufacture (22 and 28 nm chips.).

In the two plants that are being built in Arizona (USA), TSMC plans to manufacture processors for Apple with older technology (4 nm. in 2024 and 3 nm. in 2026). Though 3nm. It is the most advanced at present, in 2026 it will already be an “obsolete” technology for the plants in Taiwan.

All this is the planning that TSMC plans to carry out in the next three years. But everything can change due to strong pressure from Apple, on the one hand, and to see if significant government aid comes from the US and Europe. With these aids, perhaps TSMC reconsiders the type of machinery that it would install in its new production plants.

So if the European Union, Very concerned about the lack of chips for European car manufacturers, it puts its Euros on the table, maybe apart from manufacturing chips for Mercedes, BMW, Renault or SEAT, for example, chips for Apple are also manufactured in the beautiful city Dresden German. 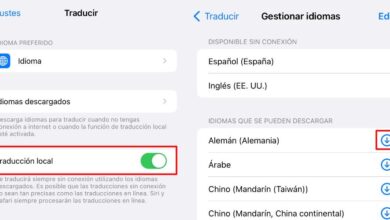 Translate without an Internet connection from your iPhone… Free!