At this point in the movie, everyone knows exactly what Google’s Chromecast is. A device that since its introduction has proven to be very useful and practical, especially in this last generation where the Chromecast with Google TV also became a much more capable, versatile and powerful product on a day-to-day basis thanks to the new operating system, to the remote control that already includes that independence from the mobile phone.

Even so, there are times when having the advantages of a Chromecast or device compatible with the Chromecast transmission protocol can be interesting in your day to day. For example, to be able to send content directly from a mobile device and view it on a larger screen. So if you want to show the photos of your last trip, birthday party or just those you took the last day you went out to take photos, you can do it in a big way.

How to create your own Chromecast with a Raspberry Pi

If you have a Raspberry Pi, you should know that you can also have a Chromecast. Building this small device capable of receiving images, video and audio from devices compatible with the Chromecast protocol is possible, so that is what we are going to show you. But first, what do you need. Well, you will not be surprised much with the list of necessary elements and surely you have everything to be able to get down to work.

The basics to create your own Chromecast with a Rasbperry Pi it is:

The first step to carry out this project is none other than taking the Raspberry Pi, connecting it to a television or monitor via HDMI and then to an electrical outlet capable of providing enough power to turn on and function without problems. Something quite simple, since a simple USB port on the screen already allows it to be done. 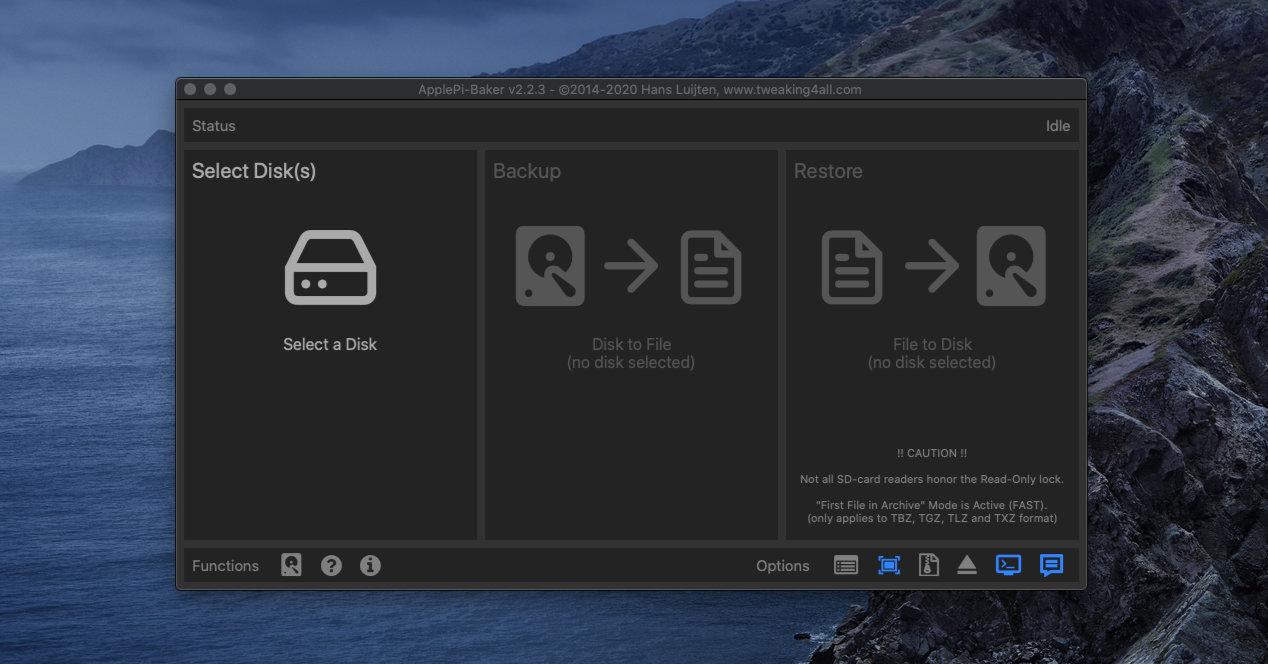 Once the Raspberry Pi is ready, you will have to install the Raspbian operating system on an SD or microSD card, depending on which Raspberry Pi you are going to use. We have already discussed this installation process on more than one occasion and it is very easy to do. It basically consists of downloading the image, opening the application BerryBoot, Apple Pi Baker, or Raspberry Pi Imager and follow the steps indicated for it.

When you have the system installed, insert the card into the board and boot. Now you will temporarily need a keyboard and mouse that can be wired or wireless connected to the Raspberry Pi. It is for the configuration process, once done you will not need to use them again.

Now that everything is ready and the Raspberry Pi has started, the following steps are: 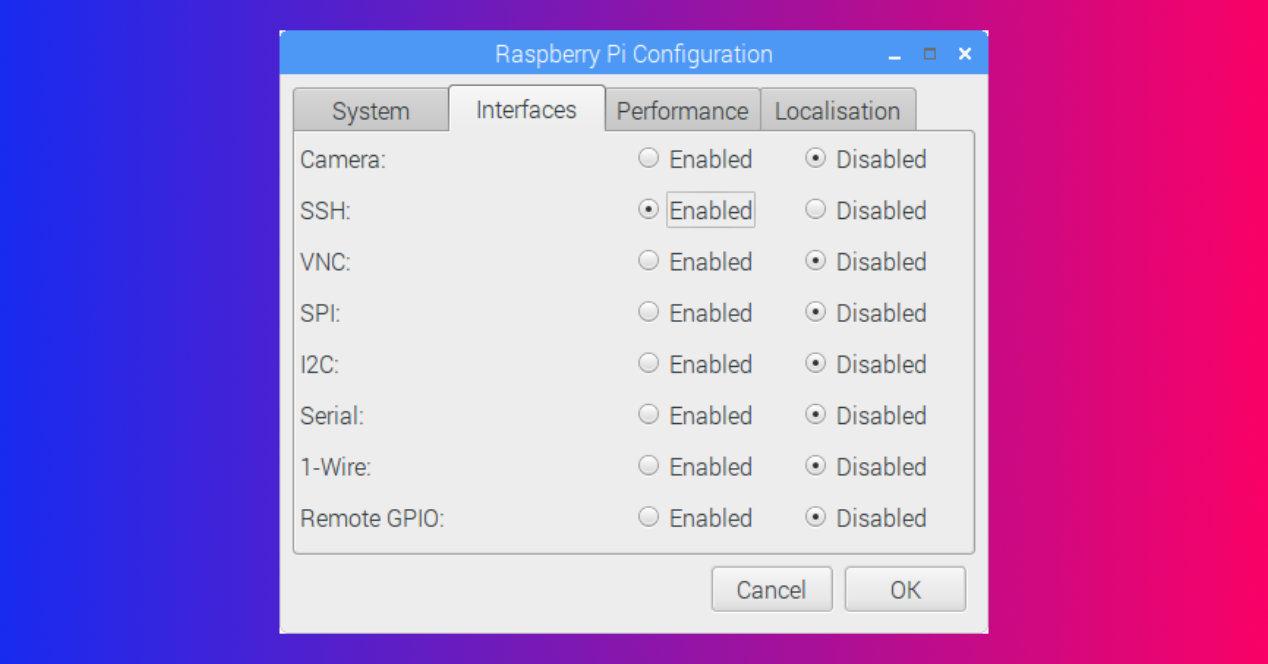 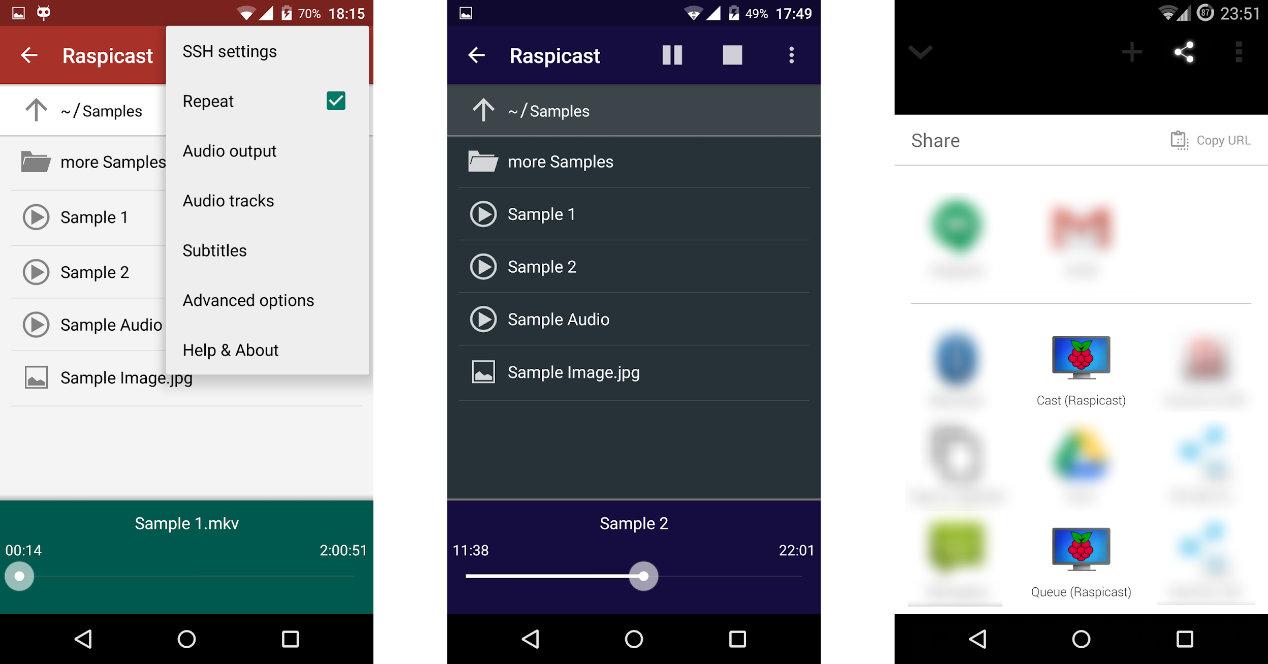 After installing Raspicast, you may have to configure some additional data that might sound a bit like Chinese to you and, worst of all, you don’t know exactly where to locate it. Well, calm down because it really is not complicated at all and a few simple steps will be enough to know what there is to power in each of the fields that will appear in the floating menu of the application when you start it on your smartphone.

The first is the IP address of the Raspberry Pi within your local network. You can consult this information through the configuration of your router, but if you want to waste less time, open the Terminal on the Raspberry Pi and execute the command hostname -I. The number separated by points that you get is the IP of the device and you will have to copy and paste in the Hostname or IP box of the Raspicast application.

Then in port use 22 and for username and password, unless you change something by default it is “pi” the username and the password is left blank. So, now yeah, done. You can now select the file you want to send or start the transmission. 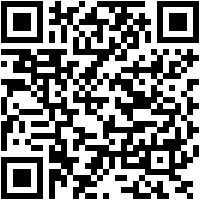 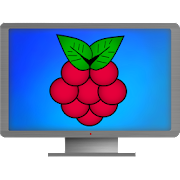 Before concluding, as you can see, creating your own Chromecast with a Raspberry Pi is not something that is extremely complex. But that does not mean that it is or is not really interesting for everyone. If it is for specific uses, you do not want to make any extra investment and you already have a Raspberry Pi, go ahead.

However, if you are going to be casting on a recurring basis, the truth is that knowing how cheap a Chromecast costs, complicating yourself with terminal commands, etc., may not be the best option.

So assess well which solution interests you the most. Although here the main thing is to show again that the Raspberry Pi has so many and varied uses that anyone should have one to experiment with it.

House of The Dragon: HBO unveils a new trailer for the Game of Thrones prequel

OnePlus 10 Pro: the technical sheet is precise, the 80W fast charging is on the program