Vivaldi 5.3 It is the new version of the web browser for those who love personalization and, as such, it comes with new features according to its idiosyncrasies and highly anticipated by many of those who trust it for their daily internet adventures. Although it has been made to beg: almost two months have passed since the launch of its previous version, something not very normal in these times.

And it is that just like Chrome, Microsoft Edge, Brave or Opera, Vivaldi is a derivative of Chromium that shares many of its qualities, but that goes at its own pace and this does not combine with that of the monthly releases by which they are governed just about every major web browser today, Firefox included. Be that as it may, Vivaldi 5.3 makes the leap to Chromium 102 and does so with constant and resounding news.

One of the most important novelties of Vivaldi 5.3 is the new function of toolbar customization, including the top one, but also the status bar. And this could not be done already? Yes, but with limitations that now disappear and although it may seem like a minor detail, it is not. At least, for lovers of customization, it is worth repeating.

Thus, it is now possible to move any button along the top and bottom toolbar or remove it if not needed, all through a new Firefox-style configuration dialog. And who says buttons, says address or search fields. In addition, simple and adjustable dividers have been included to customize the spaces to the millimeter.

With this change, a new type of button is introduced, also customizable and based on the command strings that the browser released last year. What they consist of is better explained in the link, but let’s say that you want to read this article in reading mode and full screen, or that you want to open all the links it contains in mosaic mode. You program the chain of commands and with a combination of keys you have it done, instead of performing several actions in a row.

The novelty now is that you can encapsulate the command string, instead of a keyboard shortcut, in a button that you can add to the toolbar. Perhaps it is a feature that will only interest some users, but it has potential. 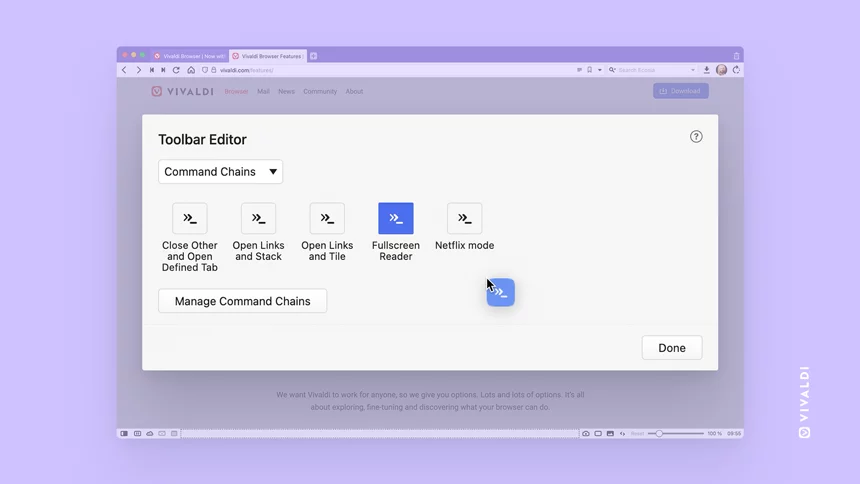 The second great novelty of Vivaldi 5.3, the third if we count the customizable buttons as an independent one and for functionality it could well be, is the search engine synchronizationsomething that many people can live perfectly well without, but that has been missing for quite some time, among other things, because Chromium and Chrome already have this capacity.

The same is not true for other Chromium derivatives, including Vivaldi, and for those who manage different search engines, especially those who customize their search engines, it was quite a pain having to configure them by hand every time you reinstalled or changed devices. . Well, the suffering has come to an end. There are still things to add to the synchronization system, but this is not one of them.

In summary, Vivaldi 5.3 is presented with few, but interesting novelties with which to expand the browser’s customization capacity, which is already at an important level: appearance, themes, home page, tabs, panels, address bar, bookmarks, quick commands, keyboard, mouse, search, privacy and security, downloads, synchronization… There are a lot of aspects that can be customized in Vivaldi and they have more and more options? 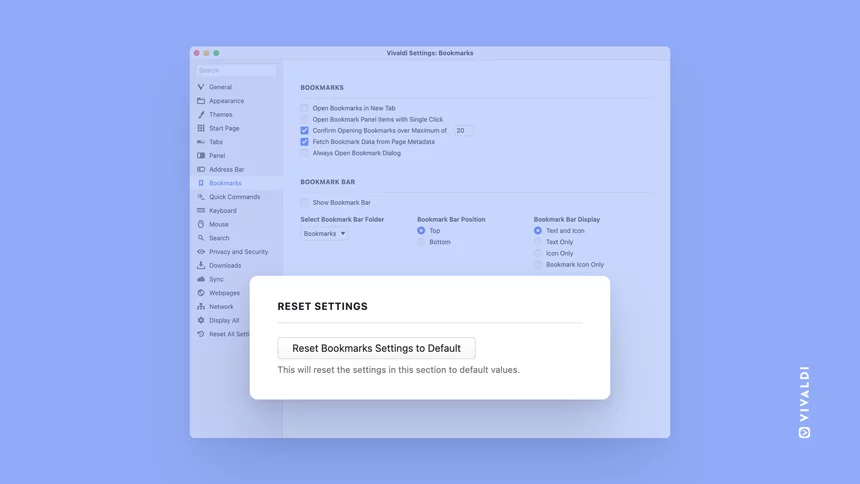 What happens, then, if you mess around with the settings so much that you render the browser unusable? That you have to make use of another of the novelties of Vivaldi 5.3: reset defaults, another new button that culminates each of the mentioned sections with which you will undo all the changes at a stroke and leave it ready to start over. The best thing is that it does not revert all the customizations you have made, but rather it is restricted to the specific section in which you run it.

And this is the bulk of what Vivaldi 5.3 brings… for PC (Linux, Mac, Windows), since there is also an update for Android and it has its own new features, already known in the desktop world, but no less for that. interesting: editing and renaming tab groups, new tab display options using gestures, improvements to the translator panel… and search engine synchronization!

The hacker who attacked Microsoft, Nvidia and Samsung is a 16-year-old teenager